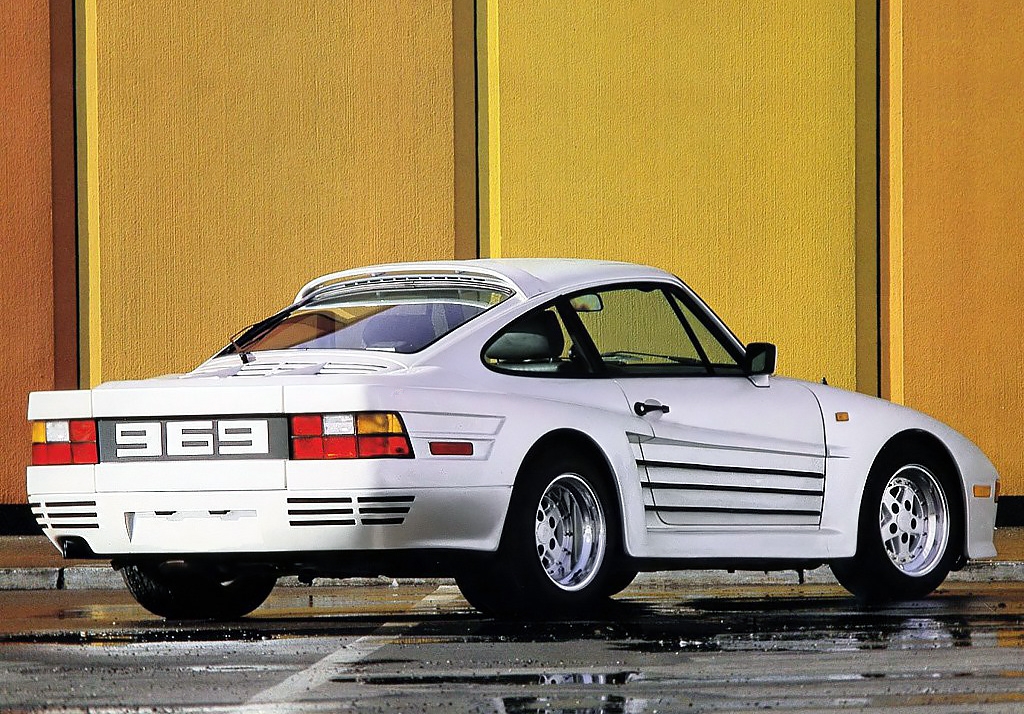 Improving The Breed Stuttgart reinvented. Ruf is far from the only company to try to take Porsches to another plane.  Giving Porsches a bit more pep or a facelift has been a boom industry ever since the 1980s. Malcolm Thorne checks out the best of them. Photography LAT/Rinspeed.

Ruf is far from being the only firm to have tinkered with the DNA of Stuttgart’s sports cars: plenty of enterprising businesses and individuals have taken up the challenge over the years. The Porsche-modifying movement really took off during the 1980s, when widebodied, bespoilered excess with dollops of extra power and cutting-edge electronic toys – built-in fax machine anyone? – became the ultimate yuppie status symbol. Some of that decadent decade’s more successful tuners are still plying their wares today on the latest generation of Porsches, but they have been joined by a new band whose objective is to meld classic looks with the practicality, poise and pace of the later models. And then there are those who simply seek to tailor their car to meet their own specific set of goals. The breadth of ideas is too diverse and varied to include everything, but here are some of the more memorable examples.

Swiss firm Rinspeed was founded by Frank M Rinderknecht in 1977 and had fairly humble beginnings, importing sunroofs from the USA as well as adapting vehicles for the disabled.

By 1981, however, the company had entered the weird and wonderful world of personalisation. The Aliporta (a VW Golf Mk1 with gullwing doors and a sextet of rectangular headlamps) was an early indication of what was to follow and, at the 1983 Geneva Salon, the firm unveiled its first Porsche-based makeover, the 939. Boasting 928 lights front and rear (from whence the name: 911 + (9)28 = 939), the model was based on a strengthened 911 convertible bodyshell, but offered considerable extra thrust due to its 930 engine and running gear.

The 939 was later supplanted by the R69 Turbo. Also derived from the 930, it featured a boxy flachbau nose with pop-up lights, but the differences became even more striking as you moved towards the stern. The Italian inspiration behind the vast side strakes was obvious, but whereas most tuners contented themselves with slapping a giant wing and fat arches on a donor Porsche’s tail, here it was superseded by a broad rectilinear rump with 944 lamps that also blatantly aped Ferrari’s most buxom behind. Priced at $168,000 in 1986, just a dozen or so were built. Rinspeed is still with us today, but now concentrates on show-stopping concept cars. 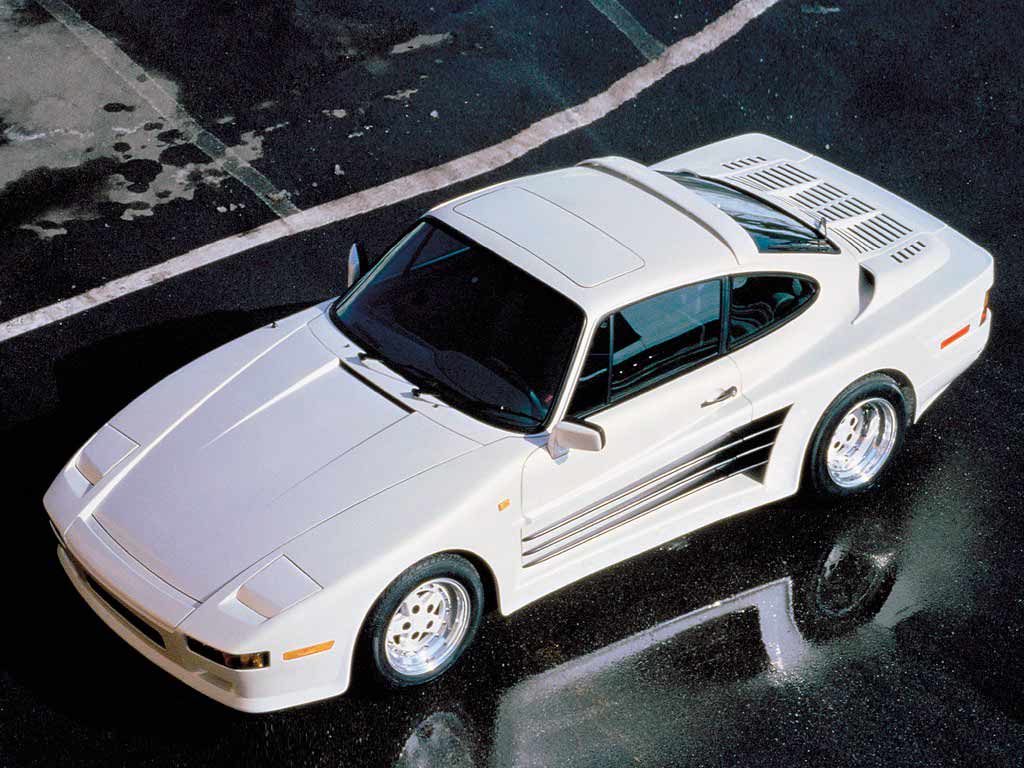 Vittorio Strosek set up Strosek Auto Design in Utting am Ammersee, Germany, in 1982 and soon turned his attention to re-imagining Porsches, paying particular attention to aerodynamics. The 928 Ultrawing featured a range of body modifications including extended wheelarches stretched over immense road-roller wheels and tyres, tiny projector headlights faired into the nose in place of the flip-up factory units – something of a Strosek signature that has since been applied to vehicles as diverse as the Lamborghini Diablo and Mercedes R129 SL – and a reworked tail. The 928’s pièce de résistance, however, was the dramatic – albeit rather pointless – McLaren F1-style butterfly doors. Other Porsche-based projects by the firm have included a 928 drop-top, as well as various 944s and the ubiquitous 911 Flatnose, while it has also produced aerodynamic packages for Nissan’s 300ZX and 350Z. In the close-knit world of German tuning houses, Strosek was often subcontracted to produce body panels for Koenig Specials’ wild creations.

The 911 Road Runner was based on the 930 turbo, and featured a new nose with MGB-style lights, mouldings emerging from the doors and running into huge wheelarches, plus a reworked rear with lights from the Audi 200. The engine was enlarged to 3.4 litres and mated to an oversized turbo for a claimed 550bhp and 200mph.

The styling of later versions (such as the car pictured here) was thankfully better resolved. And if a hotrod Porsche 911 was just a little too tame, there was always the Koenig C62 – a Porsche 962 Group C racer that was homologated for street use.

While some specialists have focused their attention on performance and handling, Frankfurt-based Rainer Buchman’s company, BB, concentrates on the body and interior. Projects have included a 928 targa conversion featuring a Corvette-style t-bar roof with a complex state-of-the-’80s-art stereo and telephone incorporated into the rigid central member, and with an interior trimmed in signature rainbow leather. A t-bar version of the 930 turbo was also produced, the twopanel roof design said to address the targa’s comparative lack of torsional stiffness. Other modifications included 928-style headlights and a unique front airdam, plus subtly widened flanks to reduce the visual bulk of the 930’s broad rear arches and a whaletail spoiler. Electronic gimmickry included a Knight Riderstyle electronic dash with all manner of hightech (for 1982) computer functions, including time spent waiting at traffic lights and a record of the last 0-60mph dash. The cost of such avant garde engineering was £66,000, plus the cost of a donor 911. Arguably the most successful of the conversions performed by BB, however, was a fully open version of the 928. Looking remarkably understated by the standards of the day, the car offered a credible and glamorous alternative to Stuttgart’s other big V8 droptop, the Mercedes SL. 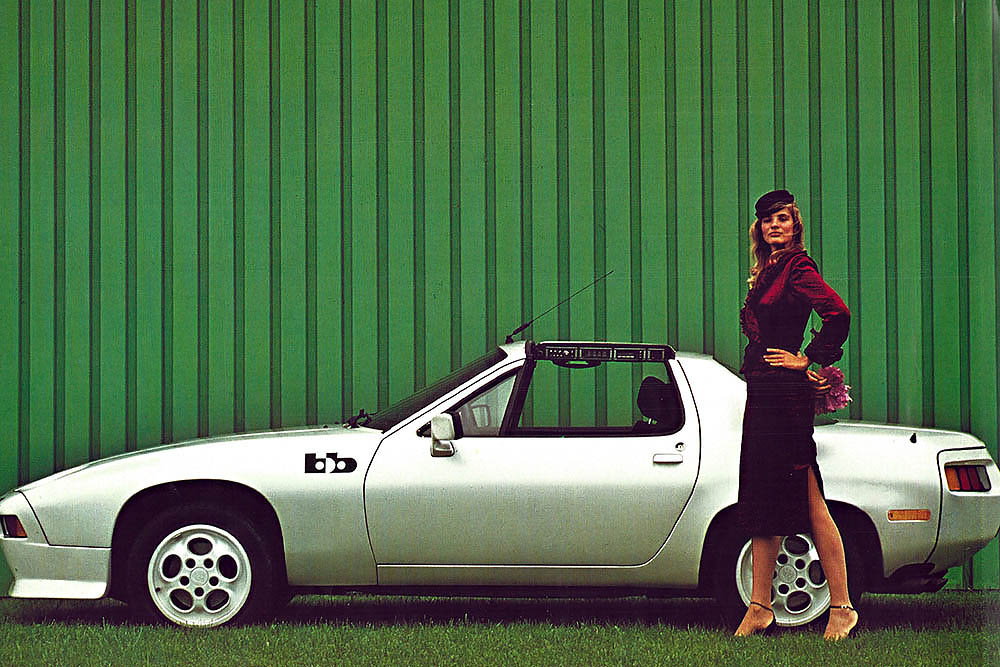 Back in the early ’80s, Ferrari BB512 owner Tim Simond was searching for something a bit different and decided a bespoke Porsche was the answer. With a name that sounded more like a ladies’ deodorant than a supercar, his plaything was loosely based on a 930 and employed a turbocharged flat-six courtesy of 1979 Le Mans winner Kremer Racing. With adjustable boost pressure, it developed 370-410bhp and to cope with that power the chassis was strengthened and suspension upgraded, while the 9in front and 13in rear BBS alloys were wrapped in ultra-low-profile Pirelli P7s. The roof, bonnet and front valance were the only panels carried over, the rest being hand-formed aluminium, including the massive rear wing. Far from being a stripped-out race special, however, the cabin of the 177mph monster was luxuriously trimmed in Conolly leather and Wilton carpets. When the Deovolante was unveiled in 1983, there was talk of building 40 cars a year, primarily for the USA and Middle East at around £60k apiece – or twice the price of a standard 930. 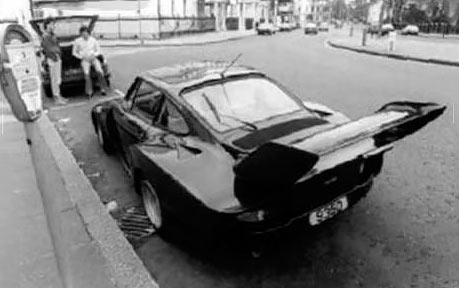 Essex-based specialist Paul Stephens’ PS Autoart range was born from a desire to blend the style of early 911s with the usability of a modern car. Based upon a galvanised shell and hand-built to order, the range starts with the entry-level Classic Touring series. Offering the outward appearance of the early ’70s 2.2- and 2.4-litre models and available as either a coupé or targa, the car features uprated mechanicals including a 3.2- or 3.4-litre flat-six. For more thrills, the Retro Touring ‘R’ is available with a selection of power units from a 250bhp 3.6-litre unit to a 330bhp 3.8 that is good for 0-60 in 4.7 secs and a top speed of 175mph. Sitting on coil springs and cast aluminium wishbones with 17in wheels and modern rubber, the car comes with power steering and ABS as standard, while subtle visual details include the 964’s electronic retractable spoiler. Other ‘production’ models from PS Autoart include the M471 Lightweight (a visual clone of the 1973 2.7 Carrera RS but with uprated mechanicals), while one-offs have included a car melding 964 Speedster with chrome-bumper styling and bespoke interior. For owner peace of mind, each car comes with a three-year, 60,000 mile warranty. 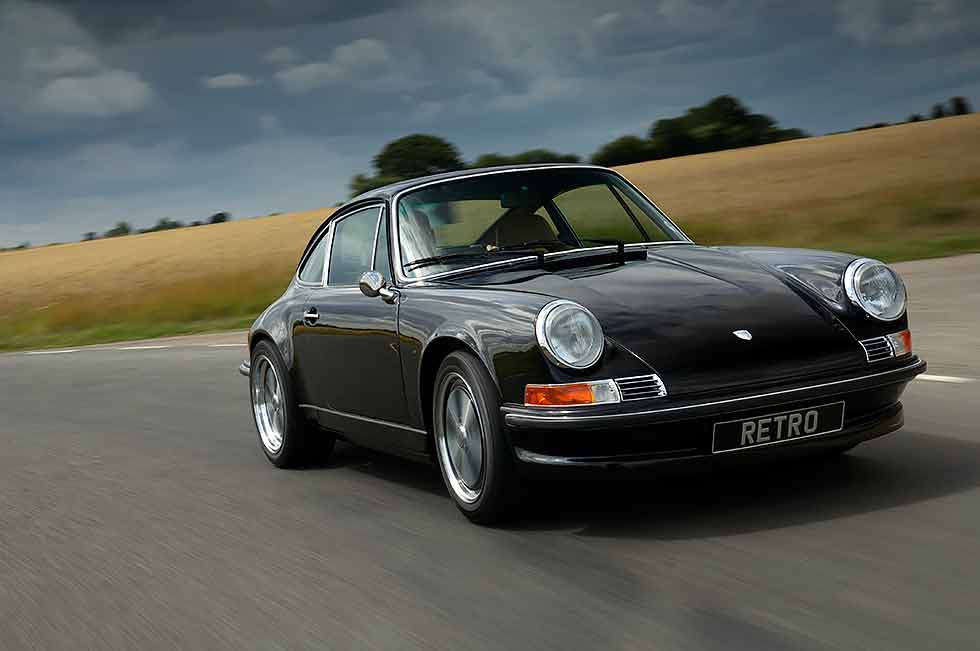