The SD1 is a design classic of the 1970s, but hailing from that era also means the cars can come loaded with issues.

The history of British Leyland is a litany of great ideas poorly executed. The Austin Maxi, the Triumph Stag, even the Austin Allegro as originally conceived. And foremost among these ‘Oh, why didn’t they get it right at the time?’ efforts was the Rover SD1. Launched in 1976, it was, in both style and concept, an absolutely wonderful and innovative machine that bucked Rover’s old staid image just as much as the preceding P6 had done during the 1960s. The exterior looked stunning, the interior was futuristic and the handling and performance was more than a match for its rivals. But the curse of British Leyland hung over the SD1, and much-publicised problems with quality cast a shadow that proved difficult to shake off. Things did improve as the SD1 matured, but there was always the lingering sense that this British executive machine played second fiddle to German rivals from BMW and Mercedes-Benz. 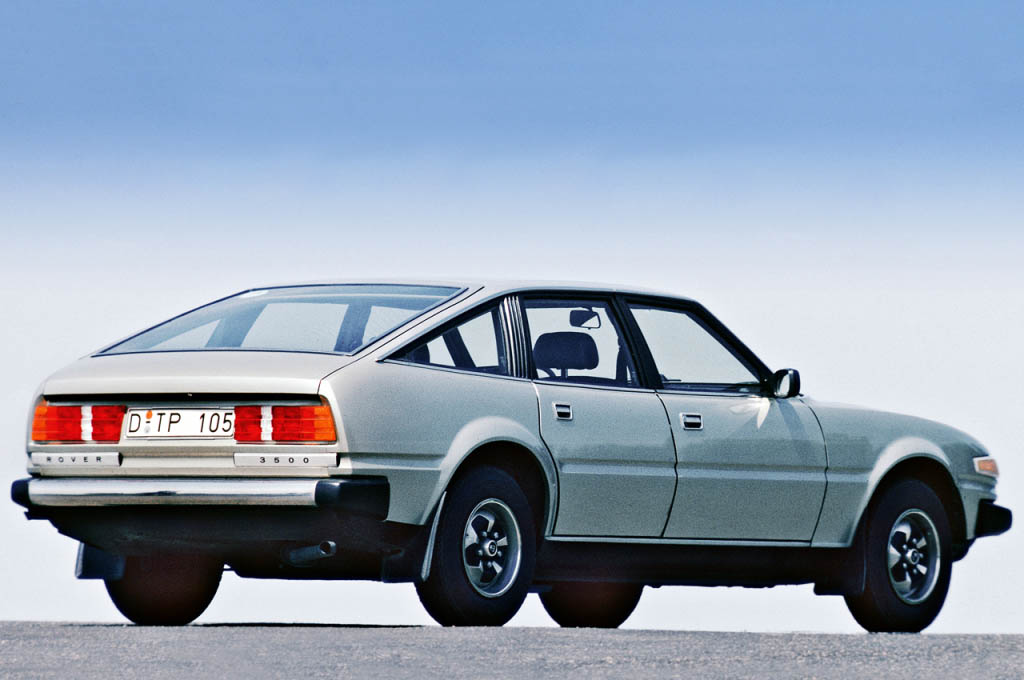 It’s the V8 SD1 – the title stands for Specialist Division 1, by the way – that steals most of the limelight, but the other cars in the range have their merits as well. A year after the 3500 of 1976, sixcylinder 2300 and 2600 variants came along, just as the initial tales of early corrosion and electrical maladies started to hit. Vanden Plas luxury popped up in 1980 with leather upholstery and cruise control. There was a minor restyle for 1982, with a deeper rear window, new grille and flush headlamps, plus a revamped interior that added a walnut veneer on 2600SE and 3500SE models. The same year saw an entry level four-cylinder 2000 model, plus the 2400SD diesel turbo, which didn’t exactly set the SD1 range alight but did add a much-needed economy option. The big news of 1982 though was the 190bhp Vitesse with its 3528cc fuel-injected engine, lowered suspension and wheelarch fairings. 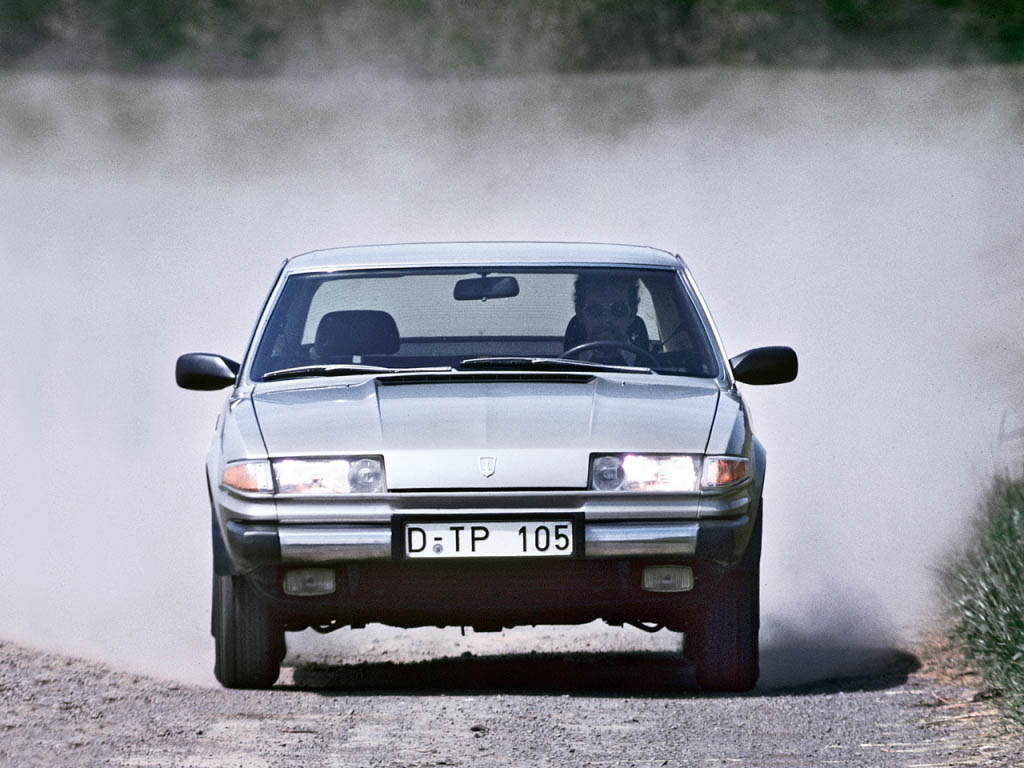 When the Rover 800 was introduced in 1986, it was the beginning of the end for the SD1. The series, regarded by many as the last true Rover, was discontinued the following year.

Rover’s V8 engine found one of its greatest ever homes in the SD1. But don’t dismiss the less well-endowed cars as mere also-rans; the six-pots are hardly slouches and you’ll get better fuel consumption. Series IIs may be better-built and equipped, but the earlier cars have the funkiest cabins. The appeal of the SD1 means there’s a great support network, from clubs through to specialists.

Earlier cars weren’t as resilient as later post-1982 ones. For example, Series 1 cars have a metal panel between the bumper and the bonnet (on SIIs, there’s a grille instead) which tends to disappear. Rust in the bonnet leading edge is common and can affect the stiffener. Check the easily-knocked plastic bumpers on SII cars and the chin spoiler on any high-spec models. Front wings go crinkly around the wheelarches, which will spread to the inner wings. These also go around their bottom ledge and the suspension turrets, which you can also see from under the bonnet. 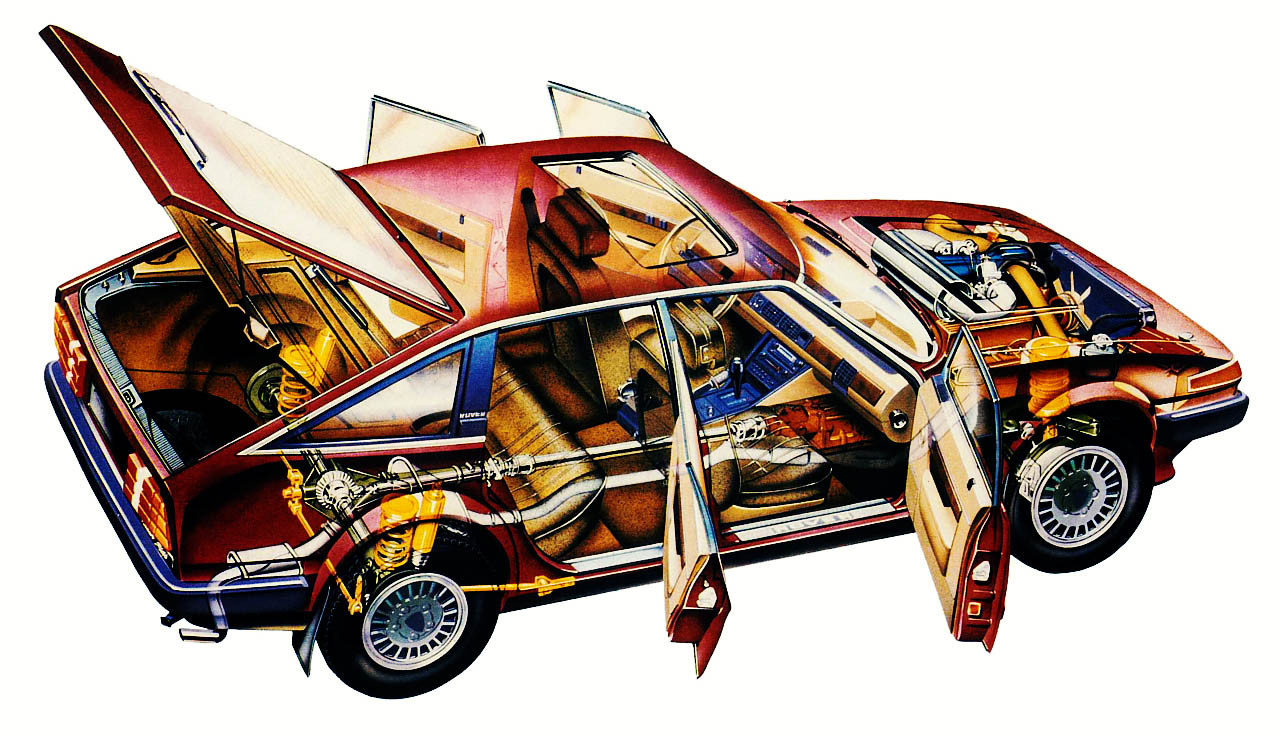 Look at the door bottoms – rear ones tend to suffer before the front ones do. Also check the sills, back wings around the arches (especially the nearside one) and around the petrol tank neck. Tailgates are also vulnerable (around their bottom edge) and can let water into the boot. The rear lights also allow damp in and you should investigate the rear valance too. Underneath, check the radius arm mountings, front chassis leg and sills.

V8 engines are the toughest of the bunch, but do suffer from corroded waterways, which can in turn lead to overheating and then progress through to a blown head gasket. Noisy valve gear could be a worn rocker shaft. As the tappets are hydraulic, they can’t be adjusted and need to be replaced if past their best. A misfire under acceleration could point to the camshaft on its way out. The automatic choke on later cars can cause starting issues. The weak point on the six-cylinder 2300 and 2600 models is the camshaft, with regular oil changes needed to stop potential seizure. They also have timing belts that need renewing. Look for warm oil pressure of around 50psi at 2500rpm as a sign of a healthy engine. 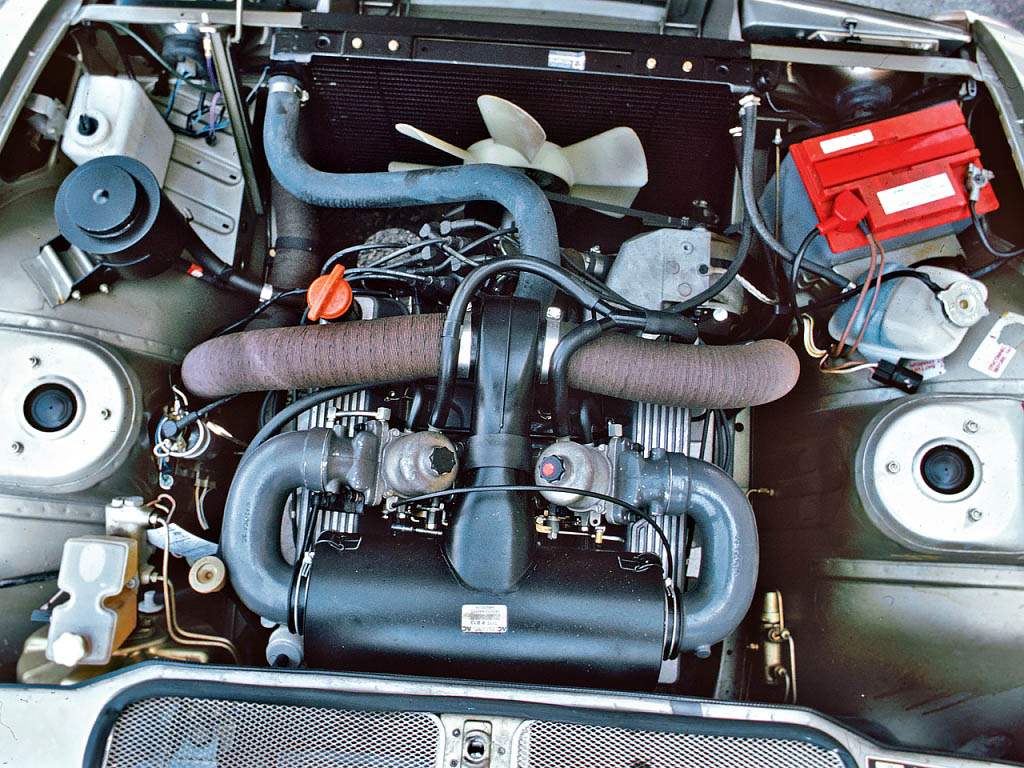 That’s the same figure you should expect on a fourcylinder 2000 too. These smallest engines should be more oil-tight then the others, but do listen for a cracked exhaust manifold and make sure the electric fan is functioning properly. Diesels are very tough, but very few are left in the UK. On all cars, look for battery damage, as alternators can go wrong and send out too much voltage.

Smoking exhausts on automatic cars could be oil being sucked from the gearbox into the engine, if the manifold diaphragm goes. Fortunately, this is quite an easy fi x. Manual gearboxes do consume oil, so check the level. Vitesse gearboxes are prone to seizing in fourth gear – unfortunately, it’s not something you can really check for in advance. Vitesse rear axles also whine as a matter of course, but if you hear it on a less well-endowed model, be concerned about advanced wear here.

KEEP US IN SUSPENSE

If you hear a gurgling from up front, suspect the power steering being low on fluid. Squeeze the rubber boots on the end of the rack – liquid may escape inside these. It means the seals are worn and a replacement rack is required. There should also be no knocking from lock-to-lock. A sign of good suspension is the ability for your hand to fi t widthways between the tyre and the wheelarch – unless it’s a high-spec car with self-levelling rear suspension, in which case three fingers is the norm. This unreliable Nivomat rear suspension is often converted to conventional springing. Suspension linkages and joints are prone to quick wear at the front.

Trim can be fragile on the S1 cars, especially choke levers. The driver’s door panel and seal can get torn due to the seatbelt getting trapped under the door. Cracks and distortion in the dashboard on the passenger side are common, thanks to sun damage. Sagging headlining is also widespread. Check that the rear seats fold – their hinges can break or warp. Oh, and the carpet…it’s one piece, so even a small threadbare area will mean it all needs replacement. Check the heater – if there’s no hot air, it could be a troublesome blocked matrix. Also look in the glovebox. If it’s damp inside, the screen is leaking. Do make sure you try ALL the electrics – they’re an Achilles’ heel on SD1s. Notable problem areas are the windows, central locking, rear wiper, headlamp high beam and the sunroof button. Sunroofs are prone to leaking too. 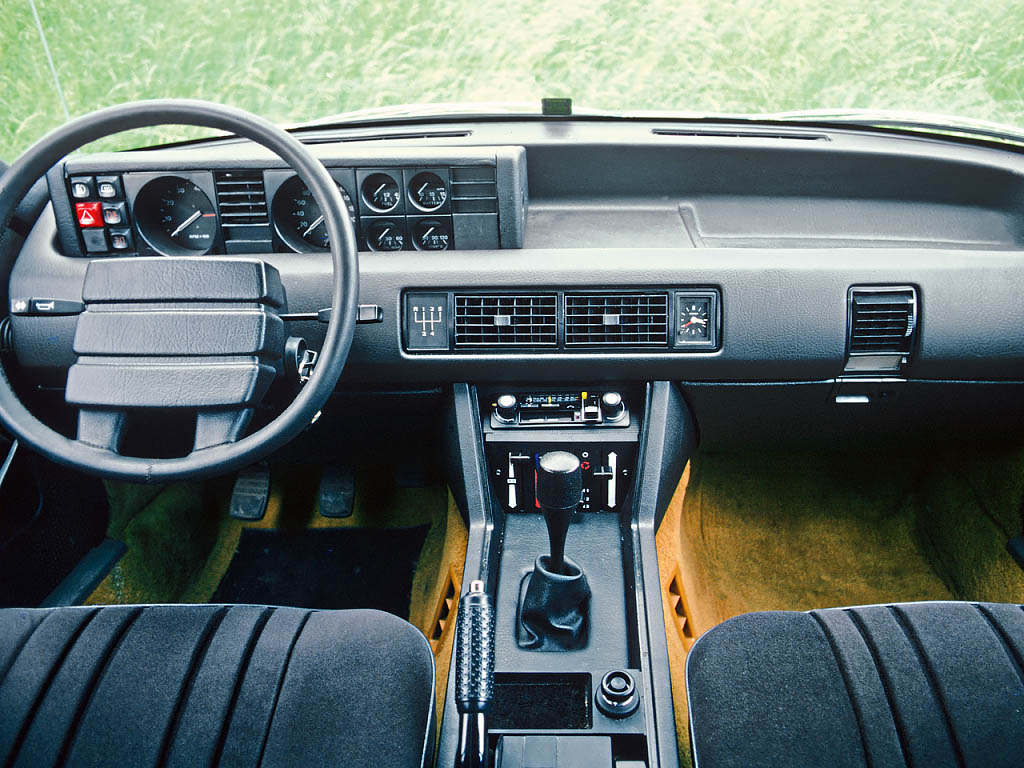 ‘When I learnt to drive my dad had a new company 1980 Rover 2300s. Many years later I bought my first SD1, a 1984 3500 VDP. I have owned five others over the years, and the present one is a 1981 2600S in Carnelian Red with Prussian Blue velour. It had been off the road for 20 years but I was surprised how original it was. The coolant and brake fluid was fresh and the underneath was – and still is – amazingly rot-free. 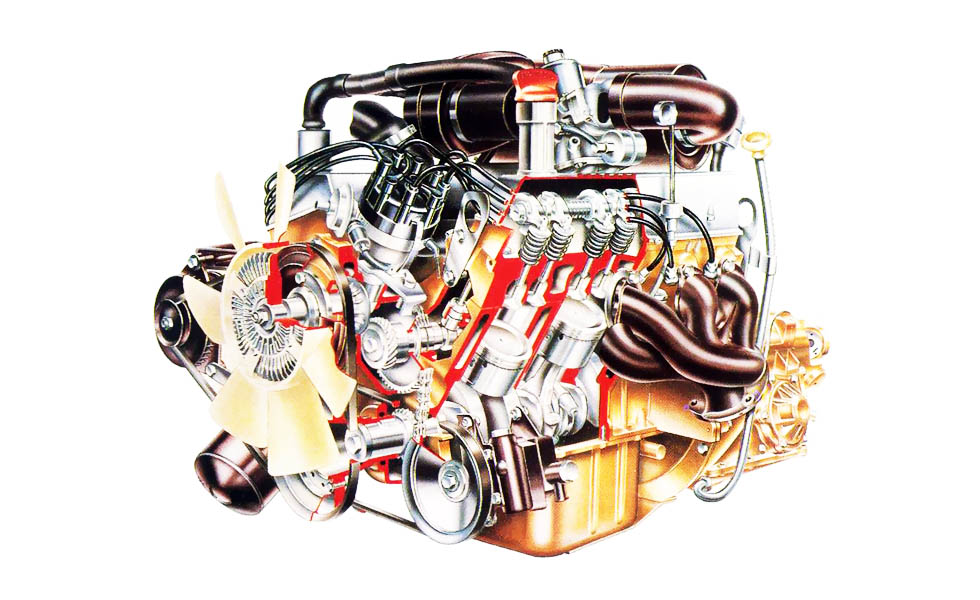 ‘I have been to France in it for a long weekend and also to Wales. The fivespeed transmission is long-legged and the car attracts many admiring glances. As this is a late series one it has four electric windows, manual sliding sunroof and central locking, all of which work. I have replaced the headlining as the material comes away from the board. There is nothing worse than being covered in 1980s sponge and dust!

‘The 2600 performs well, not being that much slower than the 3500, although the type did suffer head problems due to lack of frequent oil changes. My particular car had a factory overhauled unit.

‘Overall, the car is comfortable, but there is a fair amount of wind noise, and the gearbox is quite agricultural, especially in reverse. I’ve replaced the original Nivomat self-levellers with conventional springs and dampers, as they were rock solid.’

All prices from Rimmer Bros and include VAT

The SD1 was the final Rover design by David Bache, and featured his ‘trademark’ scallops along the side. Having a hatchback on a large executive car was rare at this time, and helped the SD1 win the 1977 European Car of the Year award. Cutaway image shows the complexity of the Rover’s engineering. If you find a real example that looks like this, however, it’s probably best to walk away, as the corrosion is probably too far advanced to be able to put right!

Rover’s V8 engine turned the SD1 into a great motorway cruiser. It’s no wonder these cars were so loved by the police. Power outputs varied from 155bhp to 215bhp in the Vitesse Twin Plenum.

Earlier SD1s adopted a Moonbase Alpha approach to cabin design. These interiors can be delicate though, with warped dashboards and broken controls and trim common. Later cars improved quality but lost some of the individuality.

FERRARI DAYTONA Don’t laugh; the comparison between the SD1 and Daytona is often made. The SD1’s better to drive however.

BMW 5-SERIES The E12 and E28 models forged BMW’ executive image in the UK. Less interesting than an SD1 though.