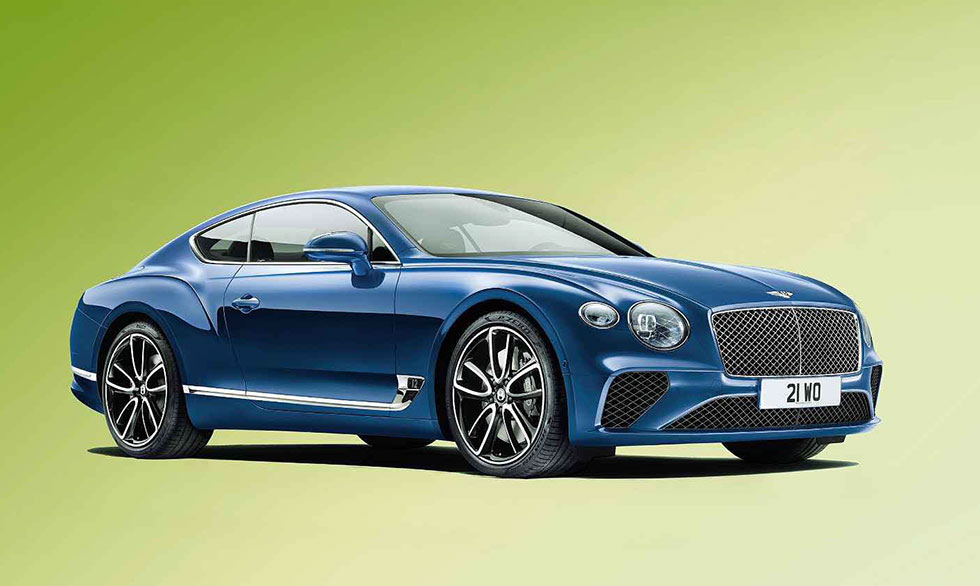 Continental GT: Remastered New Bentley gets 626bhp, a 207mph top speed, a different platform and an all-new cabin. A new Bentley Continental GT is on its way. Text by Antony Ingram. Photography by Antony Fraser.

In four or five decades’ time, long after new petrol vehicles have been consigned to the history books and remaining examples of the 2018 Bentley Continental GT are parked on lawns in Villa d’Este and Pebble Beach, curmudgeonly old millennials will peer through its slim side glazing to glean a taste of how GT cars used to be.

When they do, they won’t be faced with the disappointing black mirror of a long-obsolete infotainment system, like they’d seen in the nearby McLarens and Aston Martins. Instead, they’ll see three small analogue dials: one an outside air temperature gauge, another with its needle pointing to one of the cardinal directions, and the last a stopwatch.

Back in 2017, the owner of a   new Continental GT can choose to show either these dials, a 12.3-inch infotainment screen, or a simple veneered panel in the centre of the dash, rotating from one to the next with the tap of a button. It’s the work of 40 moving components, and tolerances between this and its neighbouring dashboard panels are less than half a millimetre.

There’s much more to the new Continental GT than that, of course, but the attention to detail present in this Toblerone-shaped surprise-and-delight feature is reflected throughout the car. It’s in the beautiful crystal cut of the headlights, it’s in the crisp pressings of the new bodywork, and it’s in the unique diamondpattern knurling of the traditional rotary switches used to control the heating and ventilation functions.

Stand back several paces and you can appreciate the attention Bentley has paid to the car’s entire form, too, which is heavily inspired by 2015’s Bentley EXP 10 Speed 6 concept and built around a modified Porsche Panamera platform. The dimensions have actually remained fairly similar to the old Continental GT’s, but Bentley has pushed and pulled at the car’s proportions so that it’s altogether sleeker and appears longer and wider than before. The trick has been to extend the wheelbase by 135mm, most of that forward of the front doors, to increase what director of design Stefan Sielaff describes as the ‘prestige mass’.

Is the new Conti GT beautiful? You can decide for yourself, but on the road, on its standard 21-inch or optional 22-inch wheels, it’ll command huge presence.

Bentley has trimmed 85kg from the old body (a 20 per cent saving) thanks to the use of aluminium exterior panels (bootlid aside, which is composite) and clever use of high-strength steel in the structure. There’s also greater structural rigidity than before – important for refinement as well as handling. The W12 engine is 30kg lighter than before, too, helping to improve weight distribution to 55:45 from 58:42.

The W12 is a derivative of that used in the Bentayga. It now develops 7.5 per cent more power and a significant 25 per cent more torque than the old GT’s unit, giving totals of 626bhp and 664lb ft – and this with greater efficiency, too. Low-pressure port and high-pressure direct fuel injection, twin-scroll turbochargers and a new engine management system and cylinder deactivation are the causes; 0-62mph in 3.7sec (down from 4.5sec) and a 207mph top speed (up from 198mph) are the remarkable effect. More remarkable still is the packaging: so tightly is everything squeezed into the engine bay that the front driveshafts pass through the sump – clearing the number six main bearing by just 1.5 millimetres…

Power is sent through a Panamera-sourced dual-clutch, eight-speed transmission. The top two gears are overdrives (top speed is achieved in sixth), while power is sent to all four wheels – mainly the rear pair in most conditions, with torque vectoring by braking to distribute power as required. The front cast-iron brake discs are a mighty 420mm in diameter (up from 405mm) with ten-piston calipers, the rears 380mm (from 335mm) with four-piston calipers.

Crewe residents can blame Bentley for the state of the road outside the factory: so lousy is its surface that the company uses it to assess the ride quality of its products and has asked the local council not to resurface it. The GT uses three-chamber air springs to suspend the body, with double-wishbones up front and a multilink rear. The springs displace 60 per cent more air volume than before and give the ability to switch between chambers, to the benefit of both body control and a cosseting ride. Bentley Dynamic Ride – based around a 48-volt electrical system – can also adjust the torsion of the anti-roll bars. We drove a prototype version of the new Continental GT and found it much more responsive than the previous version – promising signs indeed.

And then there are the new car’s myriad other features: a genuinely special-feeling and luxuriously appointed cabin, the extra luggage capacity, the digital instruments, the 92 ECUs, the slim elliptical tail lights, the optional 2200W, 18-speaker Naim sound system, and a near-endless list of other variables that will ensure few GTs will ever be alike. Production begins later this year, with prices expected to start at around £155,000.

Far left and below: new Conti has a much sleeker, less upright look. Above left: interior is a clear step on from the old car’s and has more bespoke switchgear. Above: centre panel in the dash can rotate between positions to suit the driver’s mood or needs.