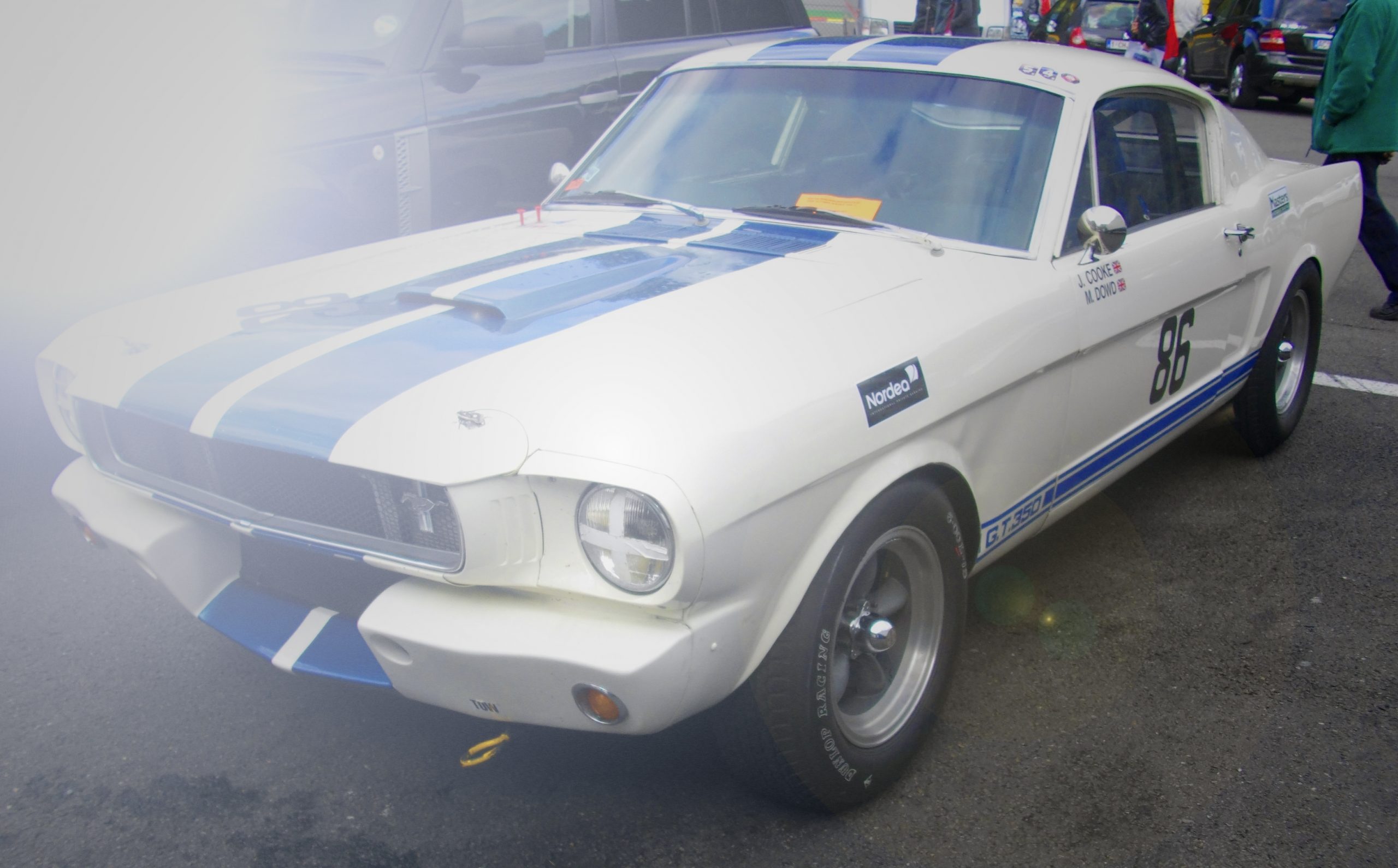 Brockon by Peter Brock “giving the Shelby GT350 its iconic stripes”. As a desicfier, Peter Brock has the 1963 Chevrolet Corvette Sting Ray and Cobra Daytona Coupe to his credit, while his team’s racing exploits 40 years ago helped put Datsun on the map.

About 50 years ago, I was fortunate enough to be in the right place at the right time. Shelby American had been growing at an astounding rate due to our success with the Cobras. Our race shop was filled with an interesting assortment of super-talented racing types, including a smooth-talking, lanky ex-racer from Texas and a brilliant, self-taught engineer named Phil Remington. This unlikely combination had changed the direction of American racing.

One of my favourite recollections from that era was a short telephone conversation I heard while meeting in Shelby’s office. Shel’, Rem’ and I were discussing some detail regarding our Daytona Coupes when the phone rang.

It was Lee lacocca, president of Ford, calling about his company’s slick new ’65 Mustang. His minions had asked the SCCA to officially approve it as a “sports car” so it could run in amateur competition, but it had been rejected. So Lido asked Shelby, “What can we do?”

Carroll said, “Hang on a minute, Lee,” and immediately dialed John Bishop in Westport on another line. Shelby had been good friends with the president of the SCCA for some time, so he simply asked Bishop were the problem lay.

“Well, to begin with, Shel’, it has four seats,” Bishop replied. “And that isn’t in our definition of a sports car.”

“Well, how ’bout ah jus’ take out the rear seats and build those Mustangs here in Venice with my name on ’em? Would that work?”

Bishop’s reply sealed the deal: Sure.

“Thanks, John. I’ll call you tomorrow so we can work out the details.”

Shelby got back on the line with lacocca: “It’s okay now, Lee, the SCCA has accepted the car, but you’ll have to let me build ’em here in California. When do you want to start?”

And that’s the way the GT350 contract came to Shelby. It turned out to be the longest, most important deal he ever made with Ford-and the entire process must have taken all of 1 minute. That was Shelby, one of the most colorful, clever, charismatic promoters in the history of racing. It was an education just to watch him in action.

Remington’s job at Shelby’s was to help make the Mustang into a sports car, as Shelby noted, “without spending too much money.” Klaus Arning, Ford’s suspension guru, came up with the simple geometric adjustment for the upper A-arms, while Rem’ specified some Koni shocks and rear traction bars, a Detroit Locker, and wider wheels and tires.

The SCCA’s basic rule for converting Production-class cars at that time said that it was okay to modify the engine or the chassis, but not both. Remington advised Shelby of the SCCA’s allowable internal engine changes, so Shelby wisely decided to modify the chassis and then have Ford include their special 271-horsepower HiPo 289 as the new Shelby Mustang’s “standard” engine. Shelby brought in Chuck Cantwell from Penske’s to set up the production line and also serve as the GT350’s chief engineer.

I was responsible for remaking the image of Ford’s base Mustang into something with a “Shelby look.” My only limitations were that it couldn’t “cost too much.”

I redesigned the easily changed components, like the hood, by making it in lightweight fiberglass while adding the scoop. Initially, I planned to put the scoop’s opening at the rear- next to the base of the windscreen-so it could use that low-pressure area to better feed the intake. That idea was rejected, though, because the general public thought hood scoops should face forward.

I also designed the wheels (two versions) plus the instrument pod that mounted to the dash. Those cheap vac-formed pods turned into potato chips in the hot sun. Due to other budget constraints, the side scoops for the rear brakes were never made completely functional, as I had wanted. It didn’t matter: The car was an instant success-and it was fast, too.

The most important visual element was the GT350’s bold racing stripes. Those were a direct copy of the ones on my ’46 Ford hotrod. Being a great fan of Briggs Cunningham’s efforts at Le Mans in 1951, I’d copied his livery onto my high- school ride to match his twin-striped Cunninghams. Adding those stripes completely changed the character of our Mustangs. Since then, they’ve been copied by every manufacturer that wants their production cars to look racy.

Perhaps the best parts of that program were the early test sessions out at Willow Springs with Dan Gurney and Ken Miles. Ford even made a promotional film about those tests called “Shelby Goes Racing With Ford.” It can now be found on YouTube.

I really enjoyed helping develop those prototype GT350s. Ken Miles and I spent many hours out at Willow with Cantwell and his dedicated crew, refining the later R models. It was a great era. The changes we made were pretty simple but very effective.

In an interesting turn of events, one of our original GT350 crewmembers, Jim Marietta, recently purchased a clean 1965 Mustang K-car with the goal of rewriting history.

He’s gathered what members of the original team still exist to convert his car into a replica GT350R, including some of the design changes we originally intended-like having that hood scoop face rearward! The car sits in our BRE shop right now waiting for the fun to begin.