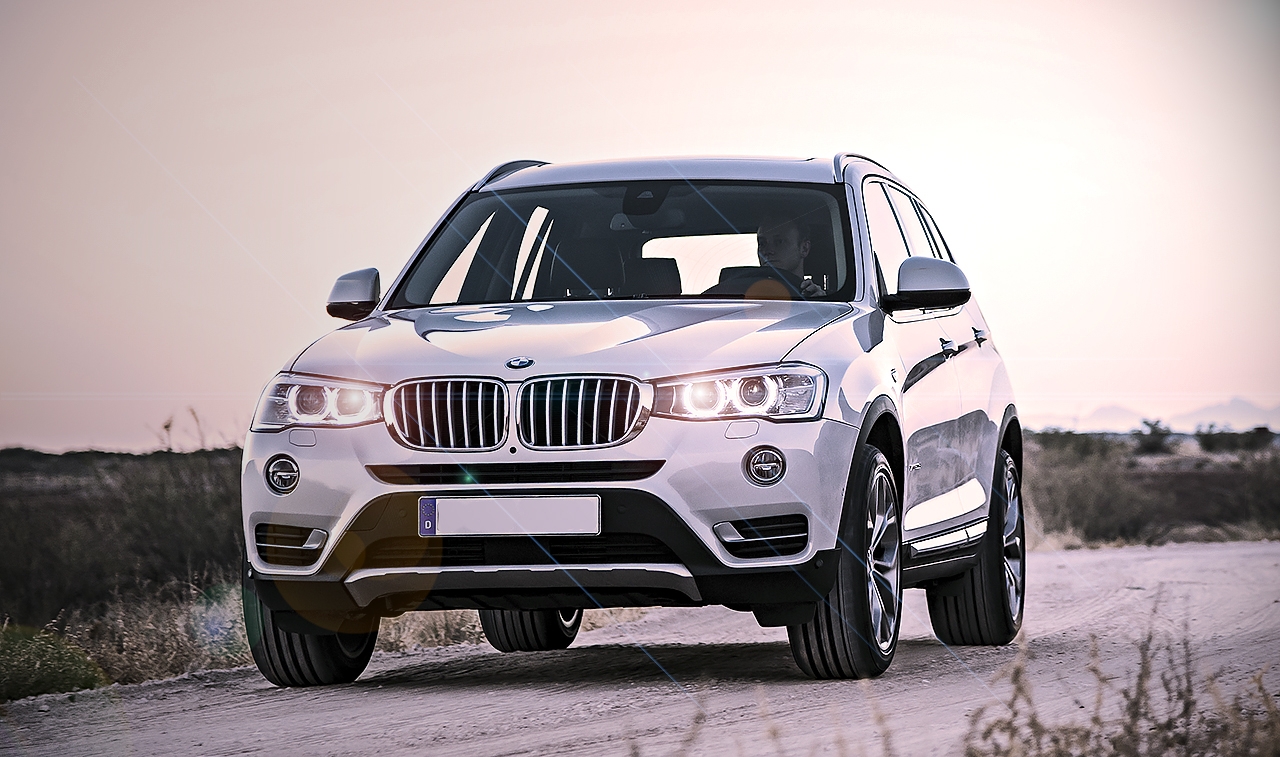 It may not look like it and it really doesn’t feel like it either, but the current F25 X3 is nearly four years old. So, as tradition dictates, BMW is celebrating the occasion in the best way it knows how: by treating the model to a face-lift, better known as a Life Cycle Impulse (LCI).

As usual for this kind of freshen up, the exterior styling differences are small, subtle and localised. The kidney grilles and accompanying surrounds are a little longer and larger, the headlights now feature a new twin circular design and both the front and rear bumpers have developed a new set of contoured curves. Even more subtle is the change of location for the LED side repeaters. They’re now housed in the door mirrors. And let’s not forget the one centimetre overall length increase, too. As we said, it’s subtle stuff, as we now expect from an LCI.

Elsewhere, though, there have been other more important changes. To start, the standard specification has been improved and extended to push the X3 firmly up a notch in its class. It now includes Business sat nav, heated front seats and an automatic tailgate. 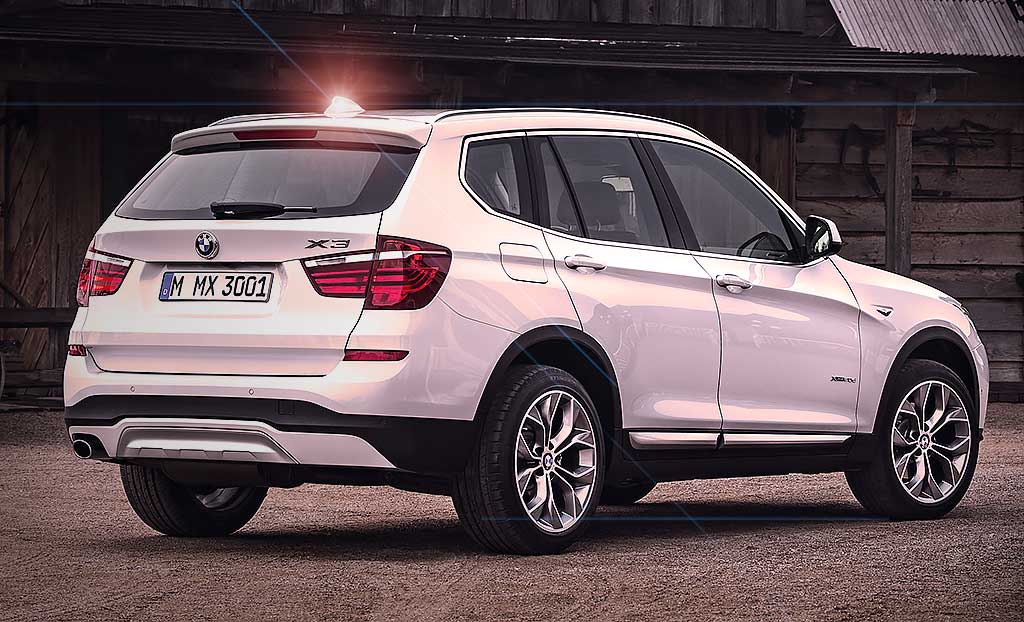 Prices start at a not-so-X5-like £30,995 for the basic sDrive18d SE and, joining the more detailed standard specification, a new trim level has also been added to the range. The xLine fits in above the SE and below the M Sport to fill in the middle ground, although to slightly confuse things there is now also an SE Plus package that gains an uprated Harman Kardon stereo, Sun protection glass, Adaptive headlights, 18-inch alloys and High-Beam Assistant for a reasonable £2,850 over an SE. Then comes the xLine with gleaming metallic bumper inserts, Satin Aluminium side cladding within the air intakes, simulated underguards at the front and rear and exclusive 18-inch alloys. Inside, there’s exclusive xLine leather interior, Dark Copper trim, together with a Sport leather steering wheel. That little lot costs an additional £1500 over an SE.

Aside from the new styling and trim level additions, there are a number of other significant changes, or introductions rather, to the X3. As before, the UK market is purely made up of diesel variants and the previous ageing engines have now been replaced with BMW’s latest TwinPower Turbo technology to bring it in line with the rest of the range. Power and torque is up on every model, some more than others. The entry-level sDrive18d now produces 150hp and 265lb ft of torque, followed by the 190hp and 295lb ft xDrive20d. Then comes the 258hp and 413lb ft xDrive30d before the monstrous 313hp and 464lb ft xDrive35d. Fuel consumption and performance have both marginally improved across the range in accordance with the power and torque increases but the main issue with the older diesels (particularly the four-pots) was their lack of refinement. They were quite coarse units that delivered their power with an unrefined bang, much like the older engines did, so these new smaller diesels are a welcome addition. With that in mind we chose to get behind the wheel of an entry-level sDrive18d SE and on the opposite end of the spectrum, a range-topping xDrive35d M Sport, priced at £45,395 giving a difference of £14,400 between the two. First up is the 18d, powered by the mildly detuned 2.0-litre turbo diesel it shares with the 20d. In this guise it covers 62mph from rest in 9.5 seconds with the more popular eight-speed automatic (which is what we have here) or 9.8 seconds with a six-speed manual. Top speed is 121mph and combined fuel consumption of 56.5mpg is supposedly possible with emissions of 131g/km. Outside, the styling looks just as subtle as it sounds on paper, although the front end has gained a notably more aggressive outline. Inside, there’s not much of a change in the look or feel of things but the sat nav screen and trim finishers help to break up the black plastic. The high-quality screen and accompanying smaller fixtures and switchgear fittings also help bring an air of quality and class to it.

The important bit here is the engine, though, and out on the road it instantly becomes clear how much of an improvement the new unit is. It’s gained 9hp and 32lb ft of torque over the last model but the power is very linear, very refined and very smooth. It’s a far cry from the previous, gruff engine and although it’s lost that aggressive punch of torque the new unit delivers a softer wave of constant power instead. It feels more effortless for that reason and it picks up and covers ground quickly. It’s flexible, too, as a majority of the torque arrives around the 2000rpm mark. It’s helped by the as-ever sublime eight-speed automatic that compliments the new engine’s characteristics well and it shifts easily between the 3000rpm mark on an easy drive to 4000rpm when you hold it out. At those kinds of revs it makes a typical diesel clatter but it’s certainly toned down compared to the older engines and, generally, it’s a quiet unit. Fuel consumption wise, keeping to a steady pace sees figures of high 40s or more if you’re being relaxed. Start-stopping massively decreases the figure, though, and moving off from a start a few times will see the figure drop but still manage a respectable average in the low to mid 30s.

The lack of xDrive in this two-wheel drive model is barely noticeable, although traction control does engage when pulling out of a junction in the wet. The xDrive35d is an altogether different beast but thanks to the permanent xDrive it doesn’t suffer from any traction issues. The new model has 4hp more than the old model and the same torque yet the 0-62mph figure has dropped by half-a-second to a lightening quick 5.3 seconds. On the road it feels just as fast as the last version, though a little livelier, but, like the four-pot, it’s definitely smoother and more refined. Again, connected to the eight-speed gearbox it’s an unbeatable combination and it’s able to easily devour sections of B-road with very little effort as there’s always plenty of torque on tap. Whereas it was possible to catch the 18d off-guard if the gearbox allowed the revs to drop too low, requiring a kick down to bring it back on song, the 35d is never left out in the cold. Its huge wave of torque is large and ferocious.

But despite this, it’s the 35d that is actually less impressive compared to the 18d in some ways. Its performance is utterly stunning but then it already was beforehand. For that reason it’s the new four-pot diesel that is the star here. It’s a welcome addition to the X3, as are the LCI updates that help brings up the rear of the range. Although the changes may be subtle, it all adds to the bigger picture and helps the X3 fend off its rivals in a closely fought market. BMW expect the 20d to make up 75 per cent of total X3 sales based on previous results and the old engines were undoubtedly hindering the X3. The new engines are more usable, practical and offer accessible power that’s easy to administer. This will give the X3 what it needs to complete the package and make the car feel fresh for another four years or so until the new model arrives, which is exactly what it’s supposed to do.