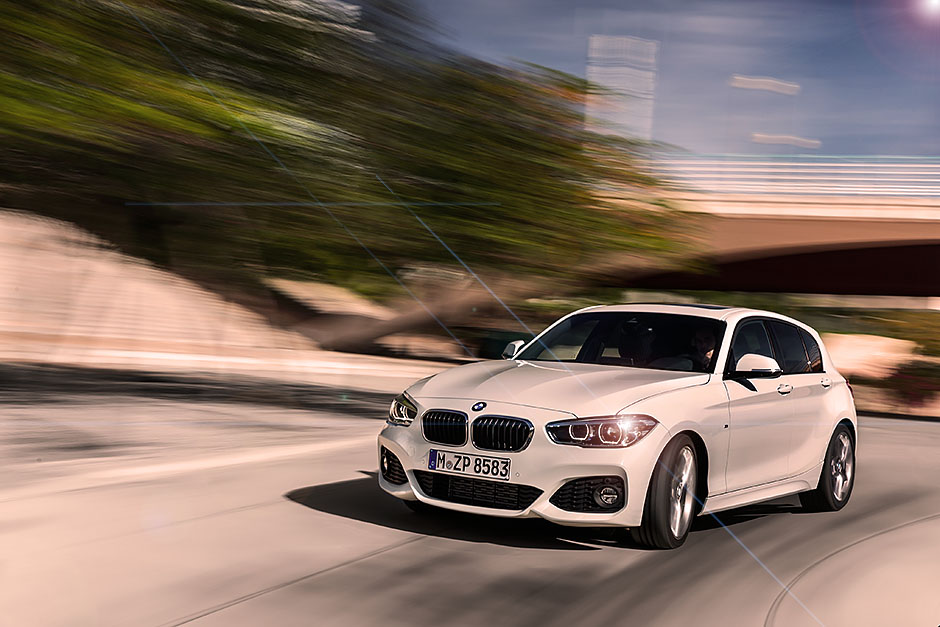 The remodelled 1 Series three- and five-door hatches will be on sale on 28 March and offer plenty of added goodness over the outgoing machines, most obviously the reshaped headlights and rear light clusters. Everyone will have their own feelings on the updated lights, but to our mind the headlights in particular are much sleeker with their new look which more closely apes that of the 2 Series Coupé. At the back the rear clusters have expanded and are now running on to the hatch where previously they were simply mounted on the wing. It does seem as if BMW may have poached VW’s rear light designer though as the original lamps looked very similar to those on a Polo while the face-lifted ones wouldn’t look out of place on a Golf!

While the most obvious changes are to the exterior, there have been a host of revisions to the One’s engine line-up with virtually every model gaining a new or revised powerplant. The UK lineup will be as follows: four petrol models (118i, 120i, 125i and M135i) and six diesels – 116d, 116d ED Plus, 118d, 120d, 120d xDrive and 125d. With the current generation 1 Series the UK receives a 116i and a 118i but with the face-lifted machine the new 118i more or less replaces the 116i and the 120i replaces the 118i while the new three-cylinder 116i has been dropped altogether for the UK market.

As you’d expect, all the petrol engines are turbocharged but also feature High Precision Direct Petrol Injection, Valvetronic fully variable valve timing and variable adjustment of the intake and exhaust camshaft via the familiar double-Vanos setup. The 118i and 120i are both powered by a 1.6-litre four-cylinder engine which develop 136hp and 170hp respectively, offering acceleration of 7.2 seconds to 62mph in the 120i and economy and emissions of just 52.3mpg and 125g/km in the 118i. The four-cylinder engine in the 125i is a 2.0- litre unit with 218hp and 229lb ft of torque giving a 0-62mph time of 6.2 seconds. The M135i’s hardware remains more or less as before but peak power is now up to M235i levels with 326hp. For the diesels, there are engines that are new to the 1 Series, the B37 three-cylinder in the 116d, and the B47 in the 118d, 120d and 125d. They all feature new turbocharging technology and further developed common rail direct injection systems. 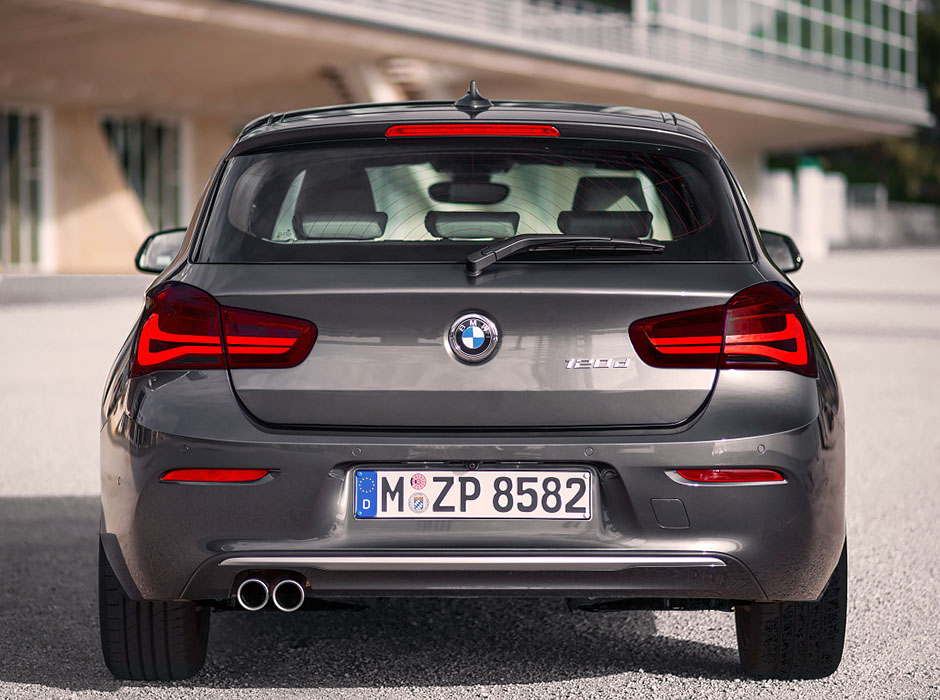 BMW reckons engine response has been improved via variable geometry turbines and turbocharger shaft guidance which, depending on the engine variant, involves a slide bearing or roller bearing, while new solenoid valve injectors generating injection pressure of up to 2500bar increases the precision of the fuel metering process. BMW also says that advances have been made with the new diesel engines in terms of acoustic comfort as well as thermodynamics, power development and efficiency.

The full rundown of the specification of the engines in the different models can be seen in the adjacent panesl, but in terms of raw statistics the highlights for the diesel range are claimed economy and emissions figures for the 116d EfficientDynamics Plus model of 83.1mpg and 89g/km while the 125d with its multi-stage turbocharger offers 224hp and 332lb ft of torque yet a combined economy figure of 61.4mpg.

As before, all models come as standard with a sixspeed manual gearbox, bar the 120d xDrive and 125d which both use the eight-speed auto that’s optional on the majority of the rest of the range.

While most of the changes to the 1 Series have been to the exterior and to the engine line-up, there have been some spec and trim changes, too. The ‘Urban’ trim line has been ditched and in the future the 1 Series will be offered as either a SE, Sport or M Sport. All models will be equipped with remote control central locking, keyless engine ignition, electric windows, heated mirrors and the Driving Experience Control switch. Also included is automatic air conditioning, a multi-function leather steering wheel, a rain sensor including auto lights, DAB radio with CD player and an AUX-in socket and Bluetooth audio streaming. Completing the list are the iDrive operating system, 16-inch alloy wheels, extended storage, a sliding front armrest and foglights.