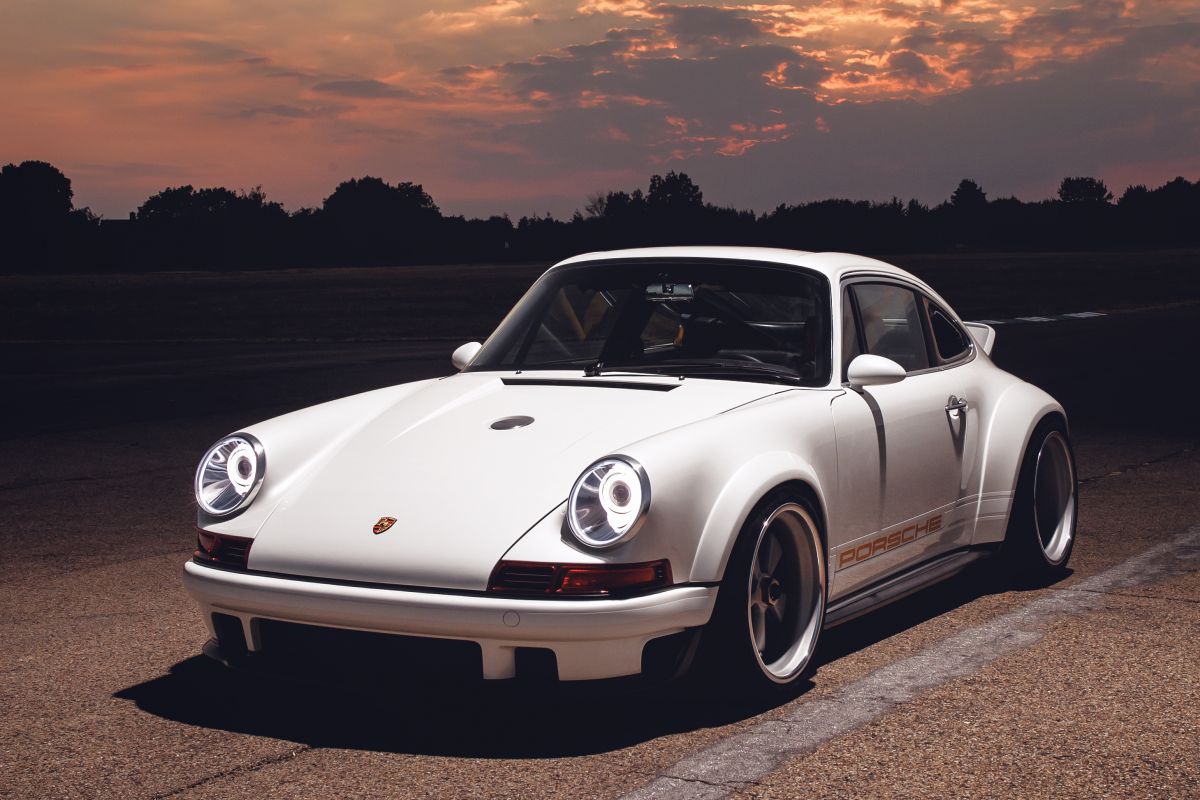 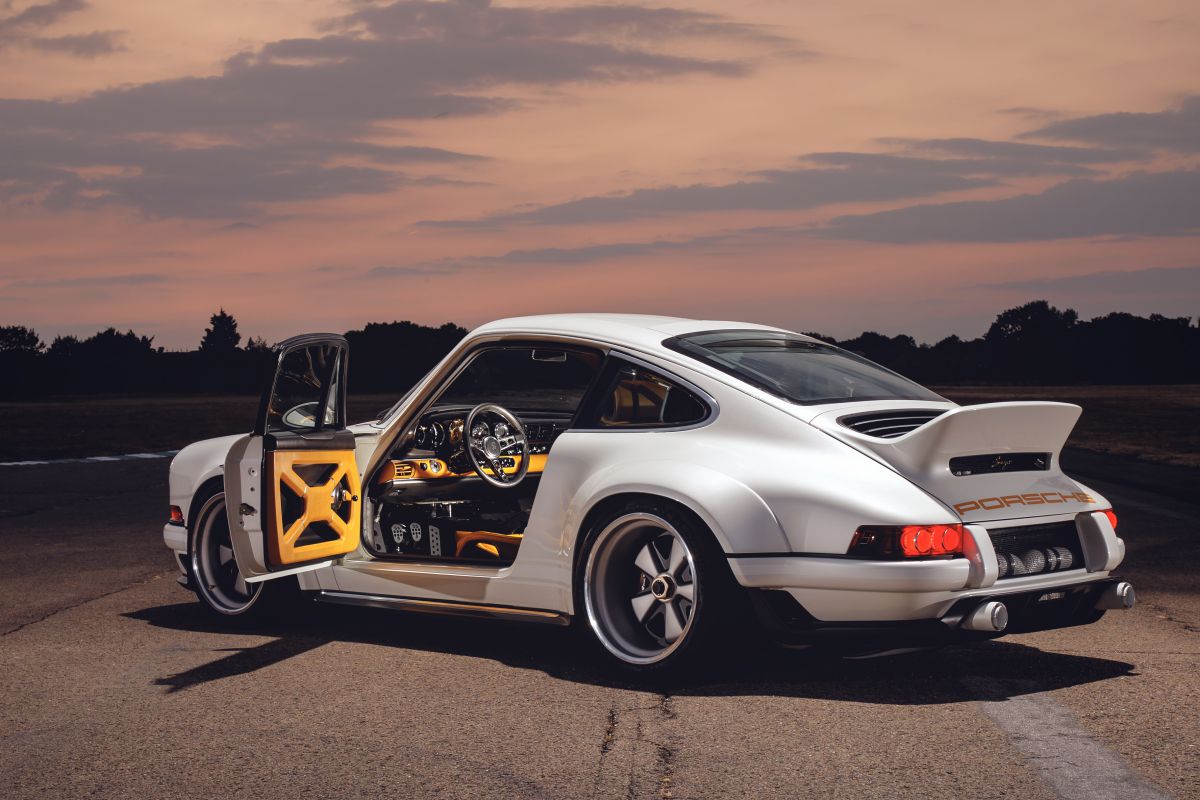 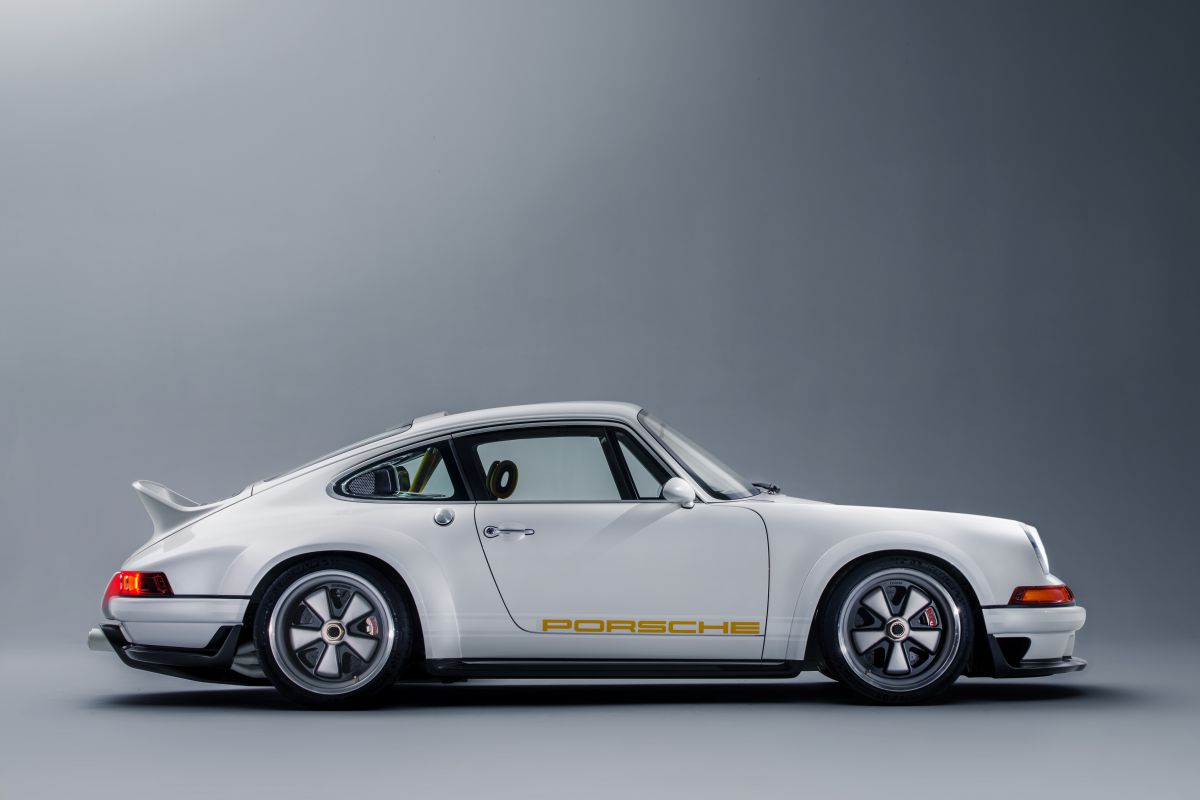 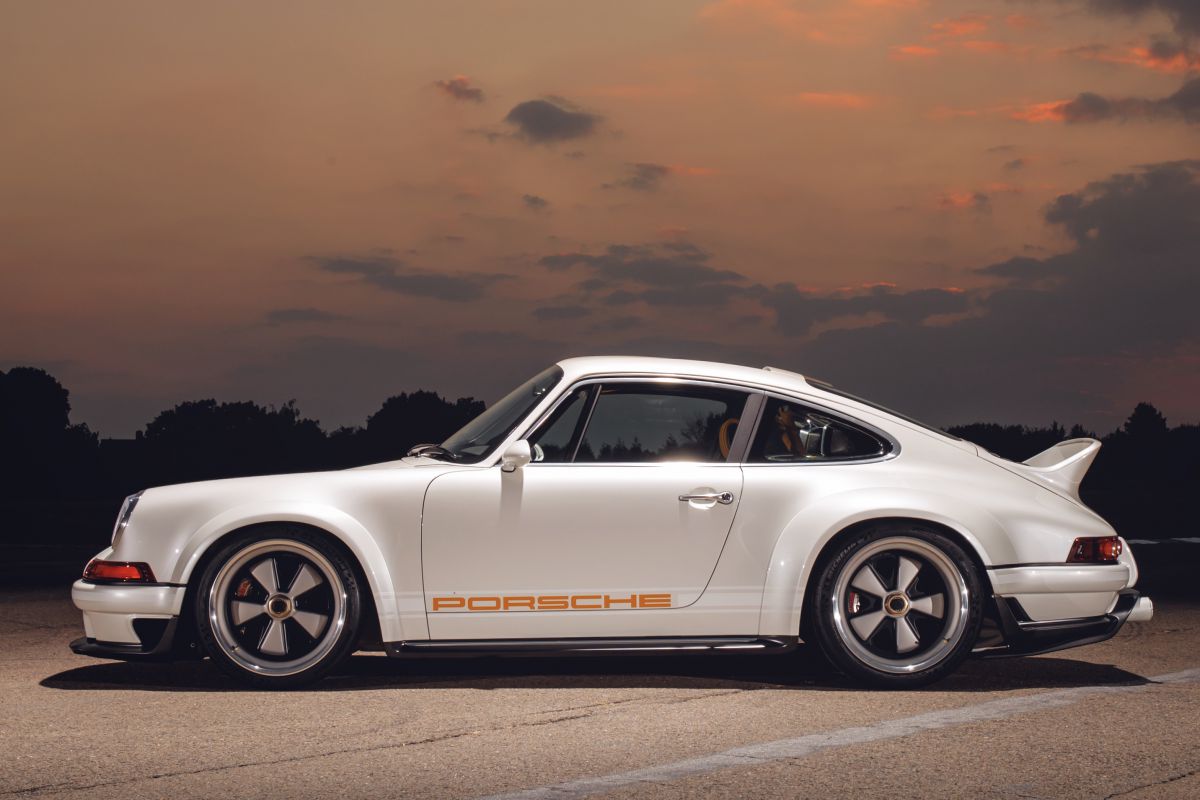 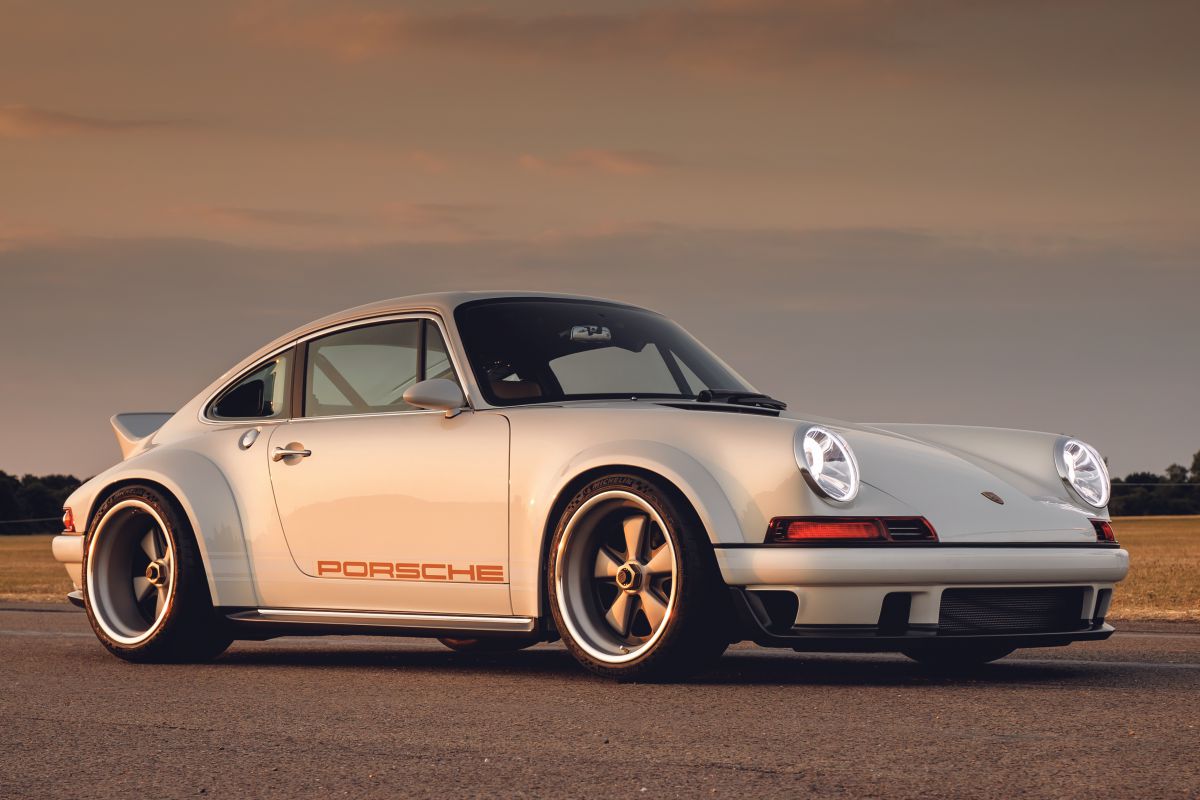 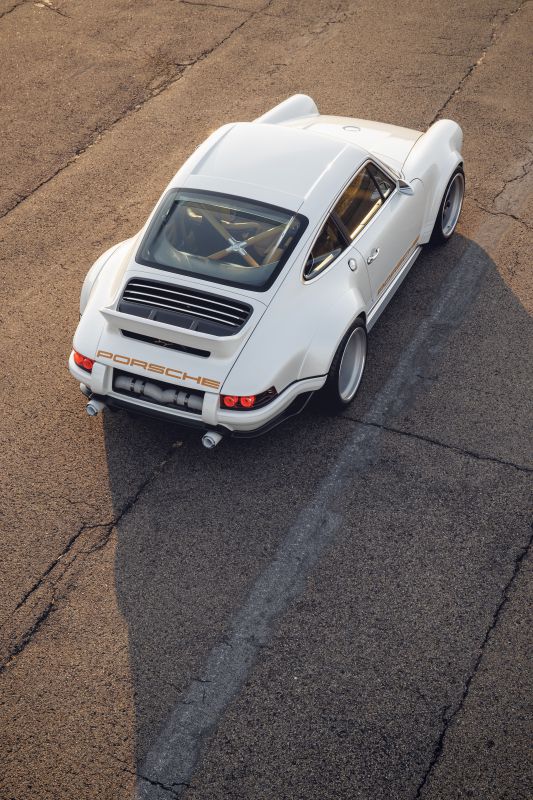 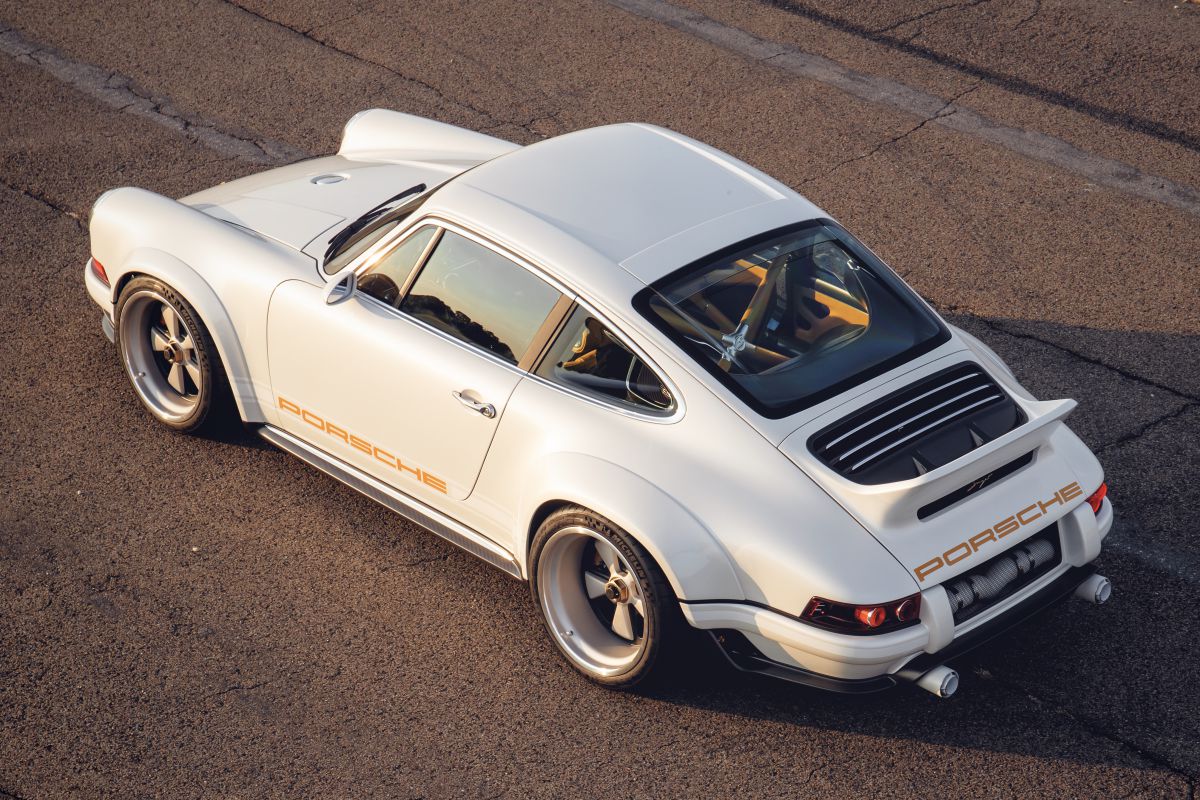 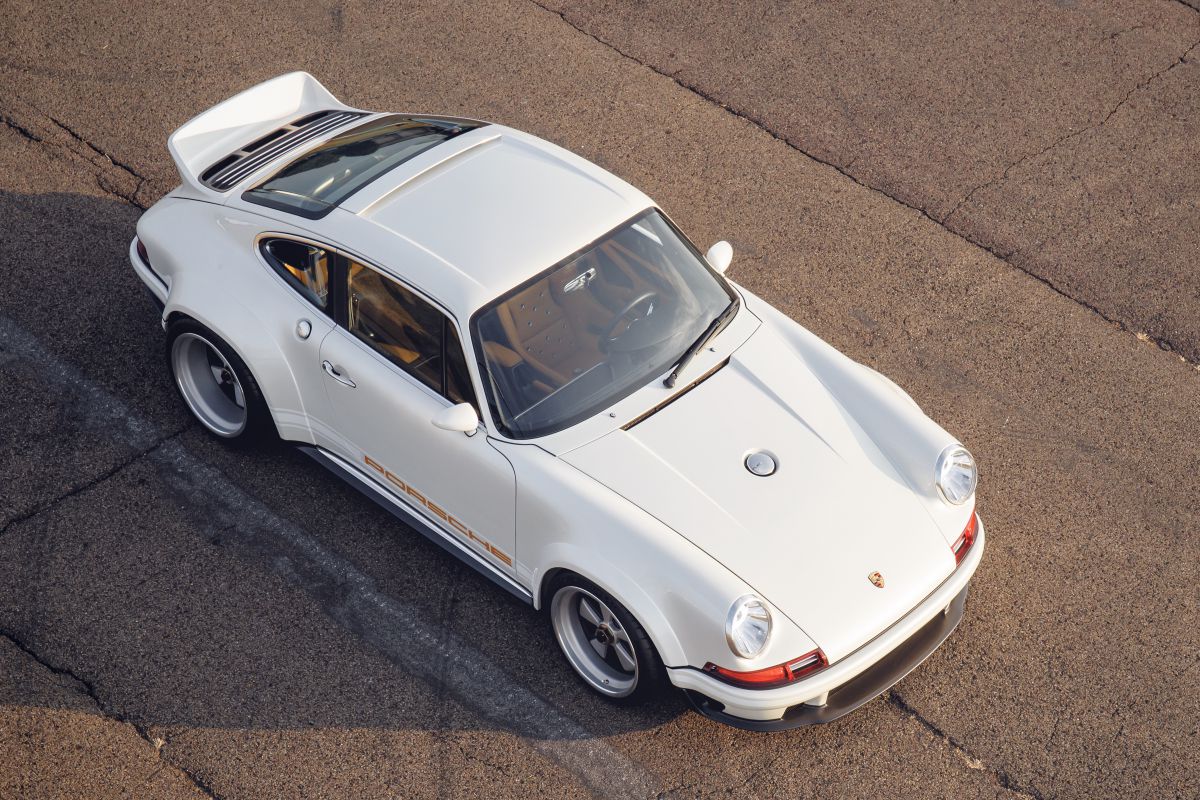 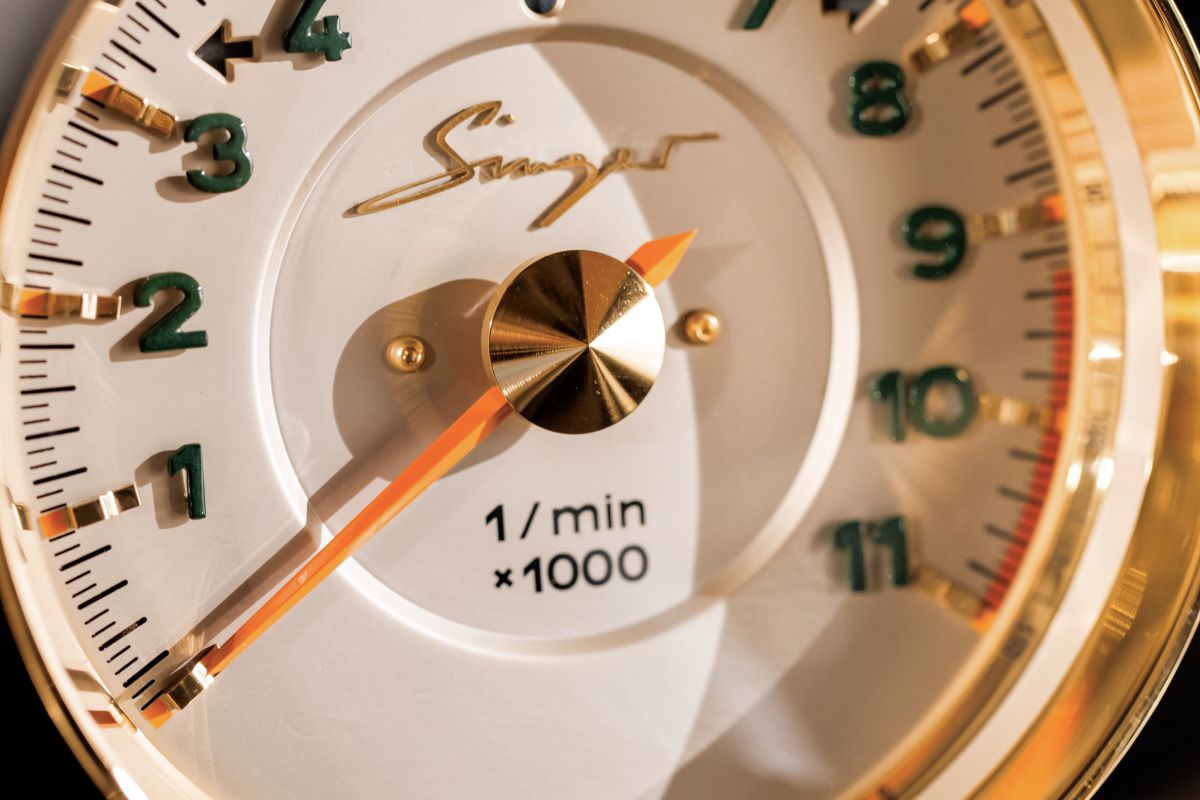 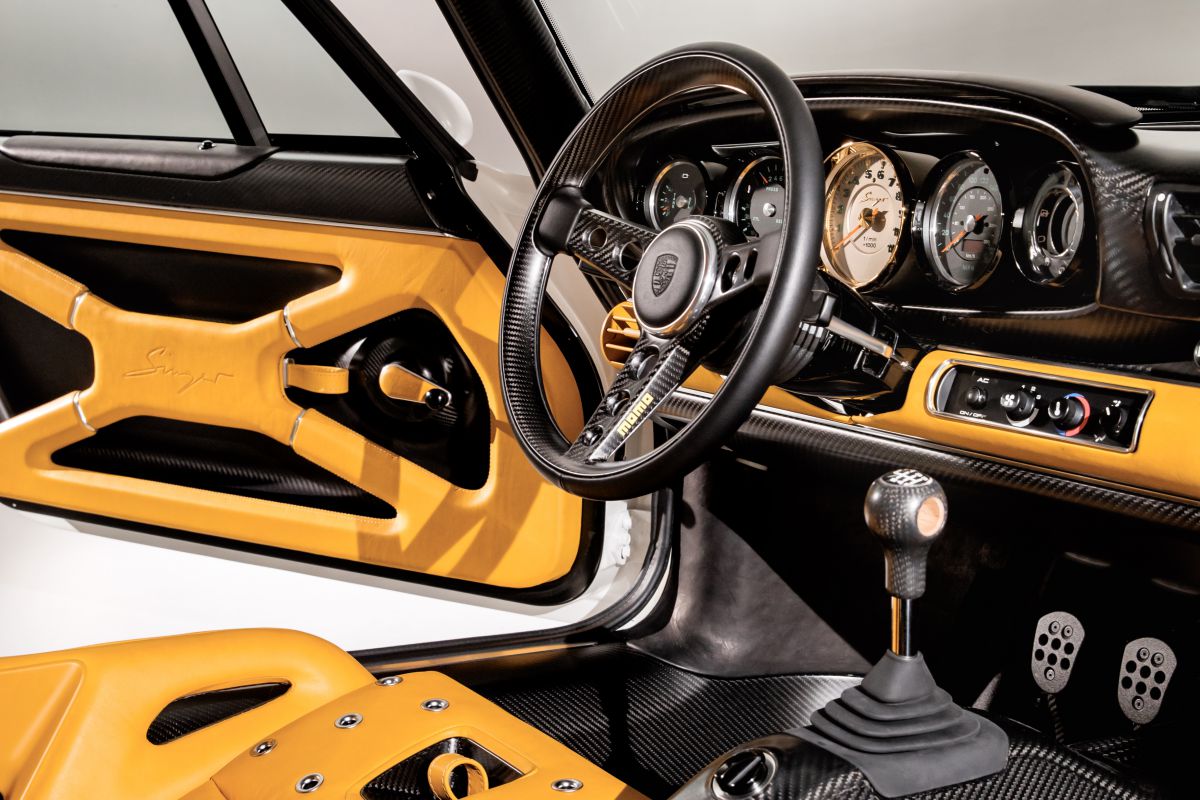 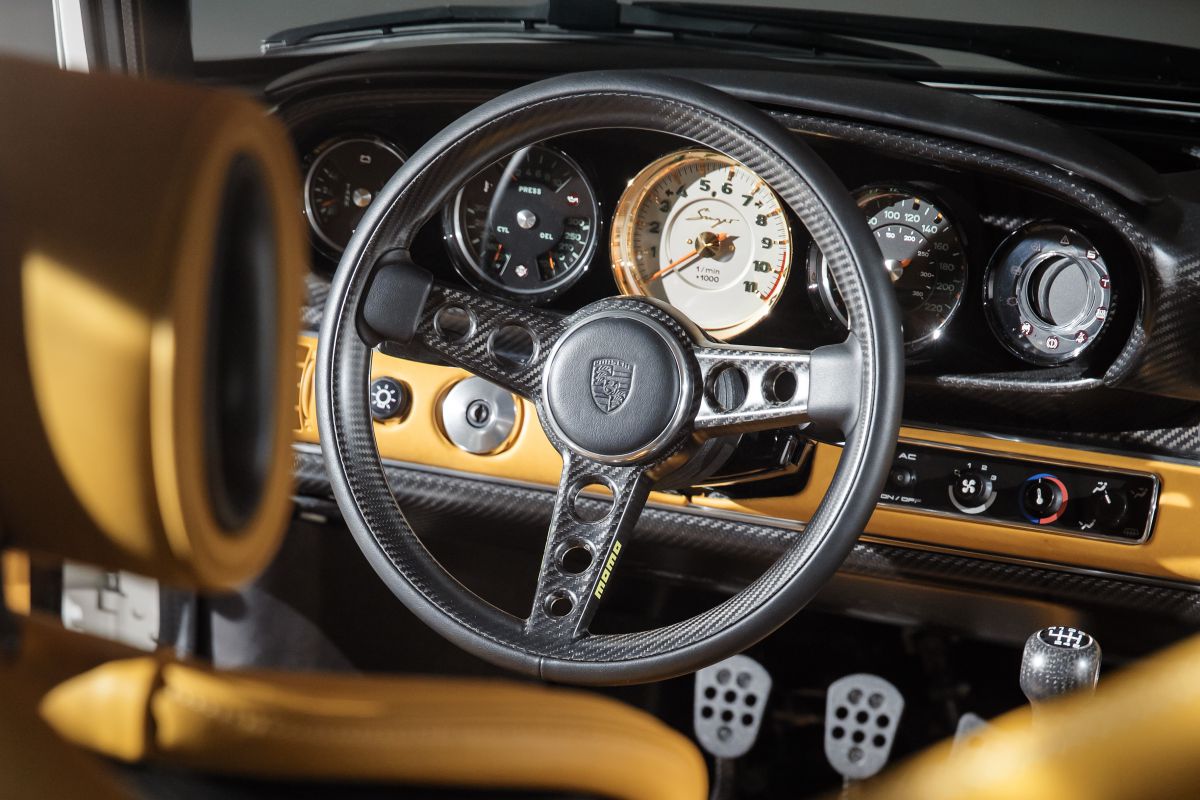 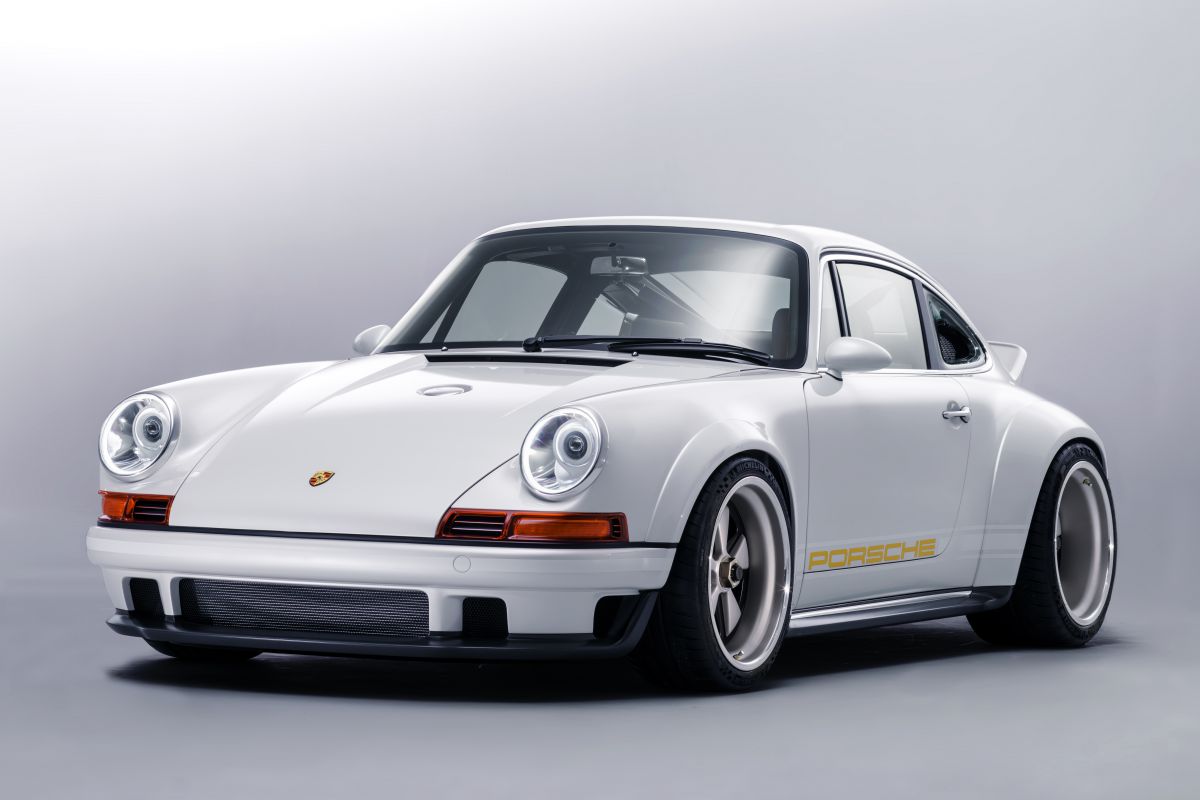 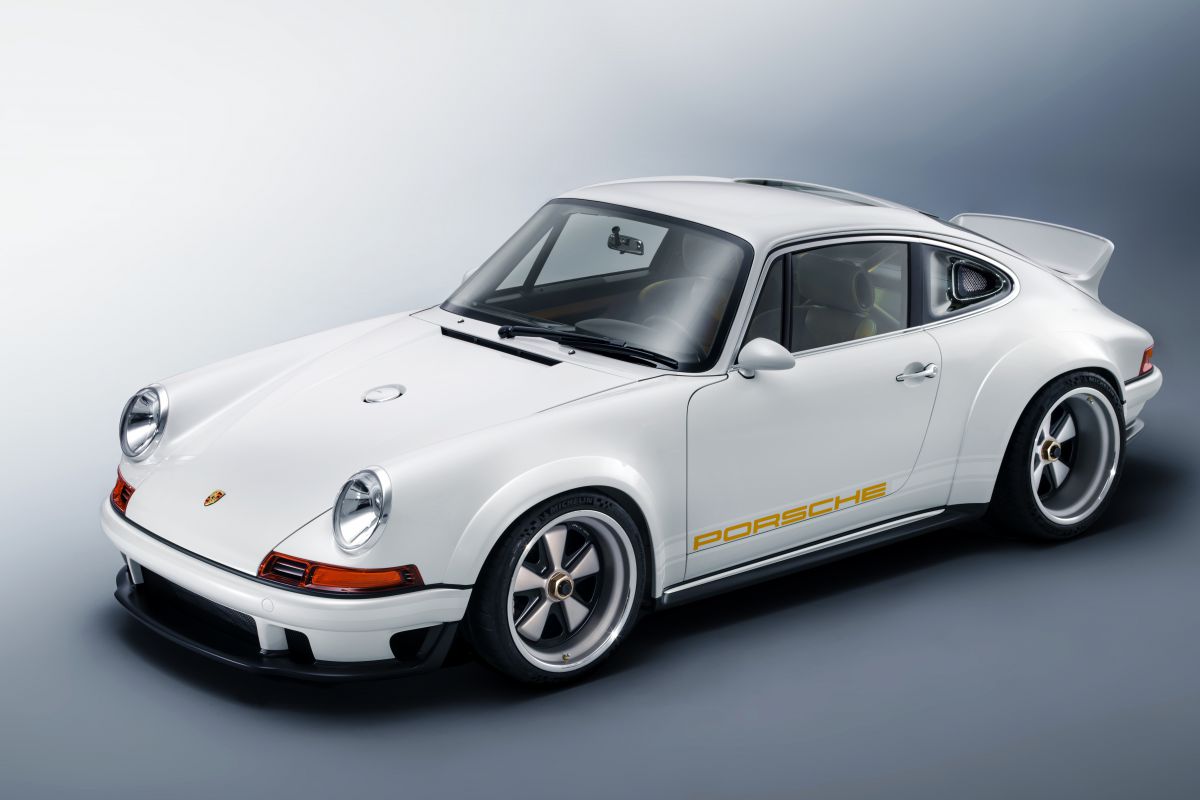 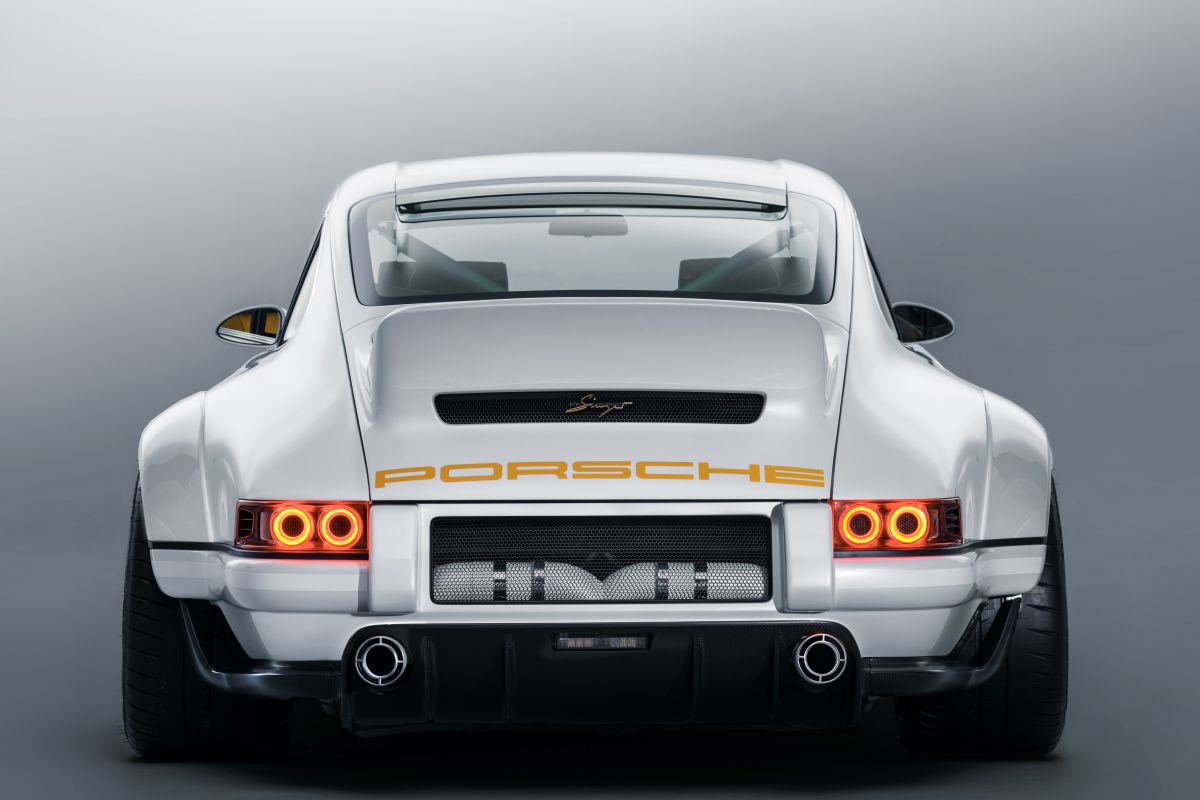 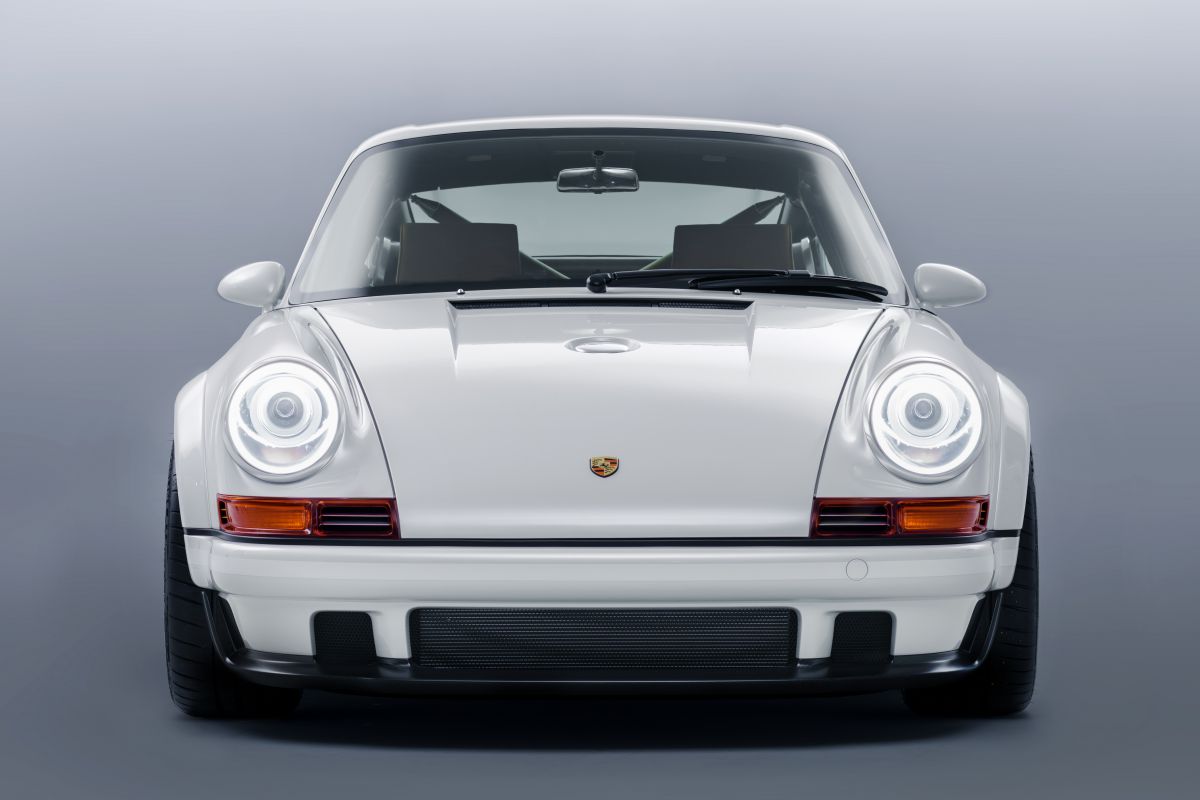 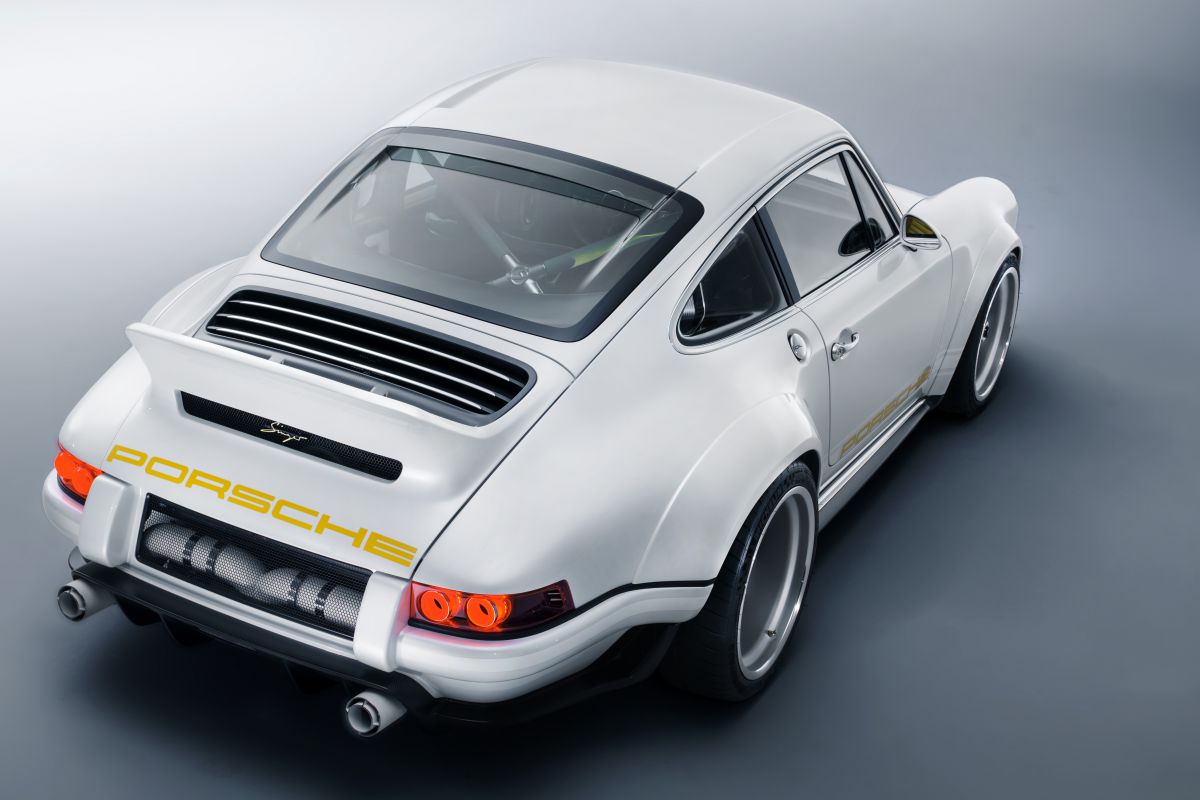 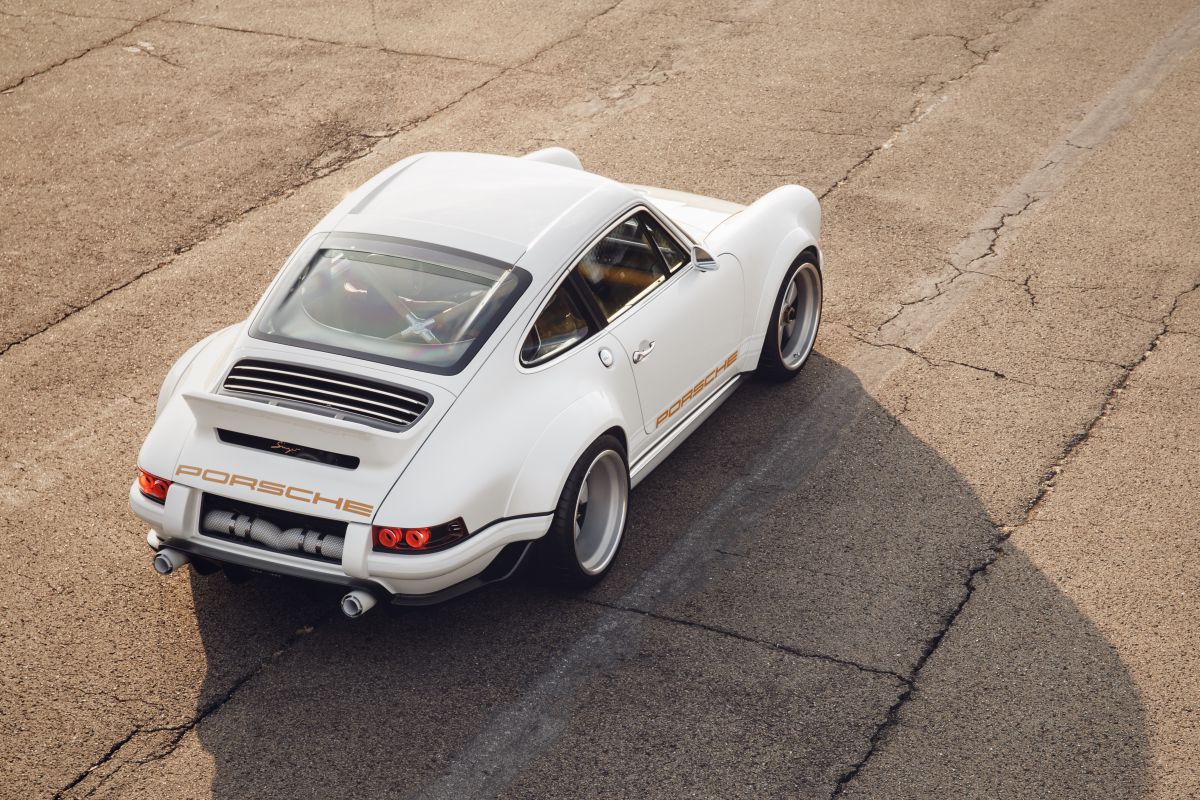 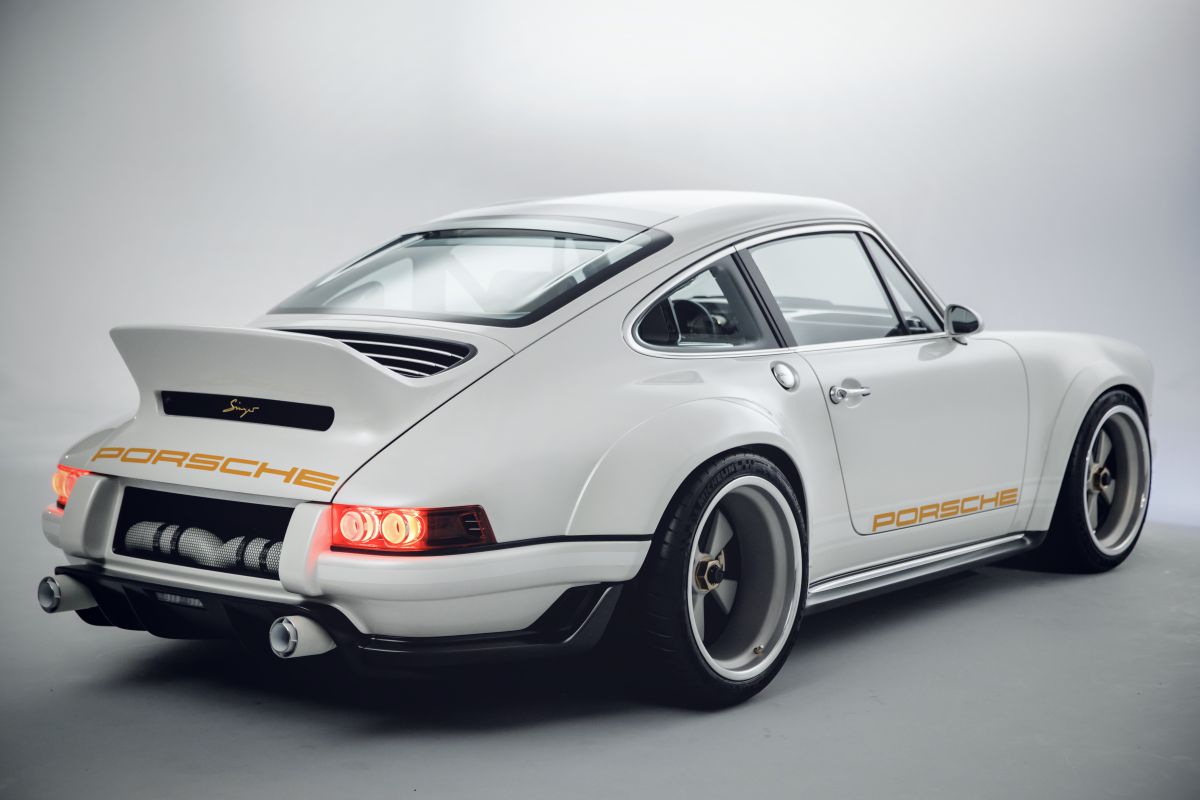 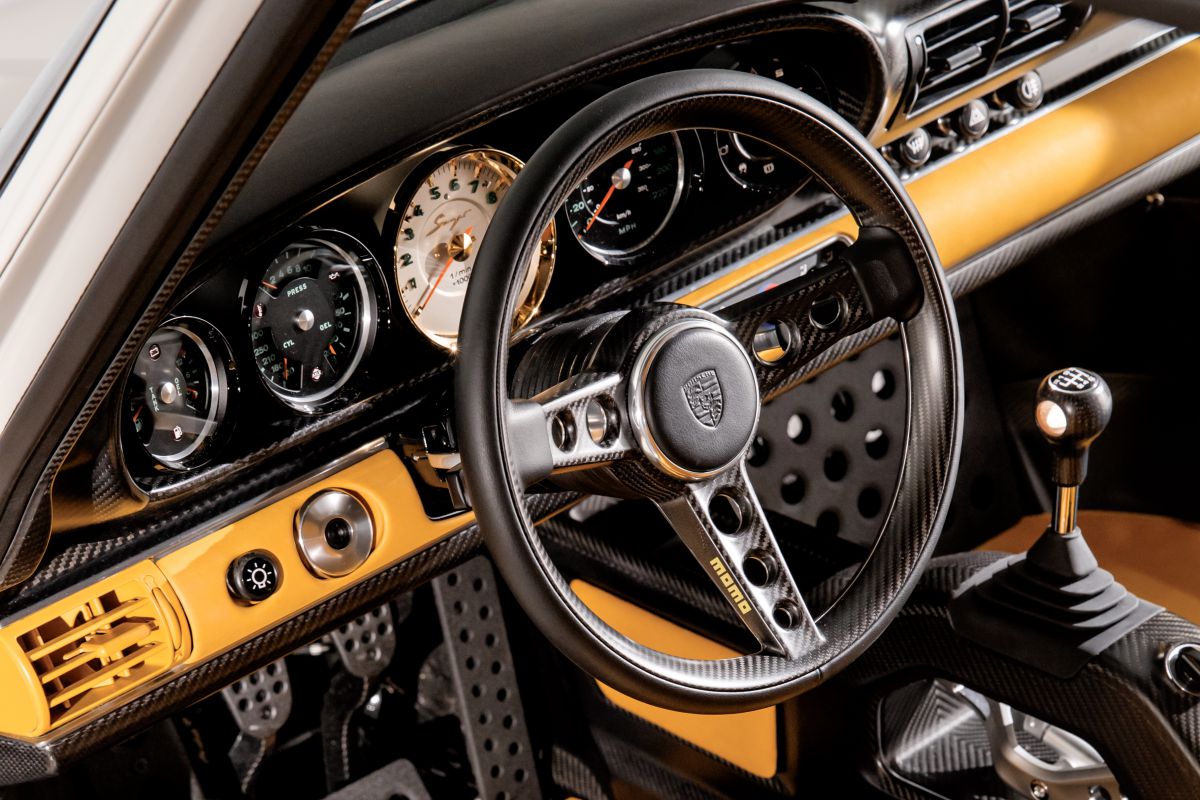 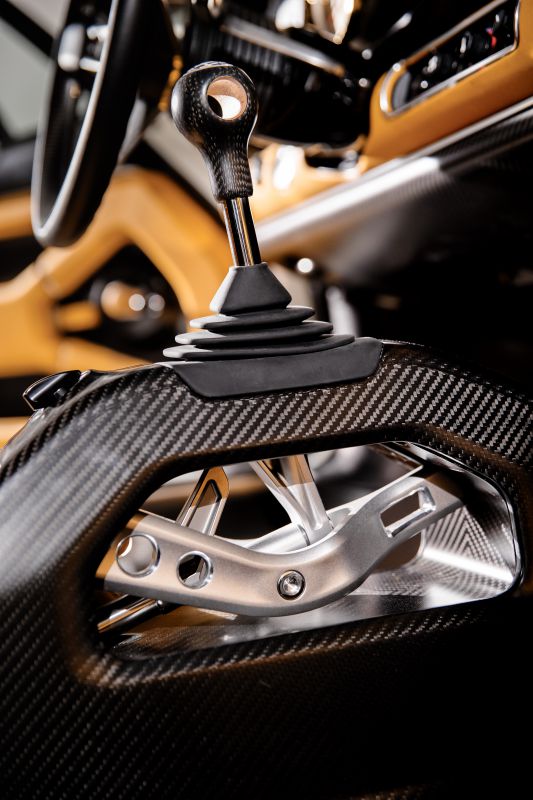 Singer’s 500hp ‘DLS’ debuts at Goodwood. Singer’s quest for the most advanced air-cooled 911 ever continues. Singer takes the ‘resto/retro’ Porsche scene to new heights with Dynamic Lightweight Study, a collaboration between Singer, Williams and Hans Mezger. Quite a cast.

This is it. The Porsche 911 restomod to end all restomods, all 4.0- litres and 500hp of it. We give you Singer’s DLS, now in physical form having made the leap from computer render and nice-idea- on-paper to stunning debut at the Goodwood Festival of Speed.

DLS stands for Dynamics and Lightweighting Study in Singer parlance and it means turning everything up to 11 in the quest for creating the most extreme, the most capable and the most polished expression of a restored and modified Porsche 911 ever. The headline figures are staggering for a 911 with an air-cooled flat six and directly mirror those of Porsche’s latest and greatest water-cooled 911 GT3 engine, including the ability to rev to fully 9000rpm.

Indeed, the Singer motor appears to go even further. The new 4.0-litre GT3 will rev to 9000rpm, but produces peak power at just 8250rpm. Singer claims its new engine is cranking out peak power at 9000rpm and thus will likely rev even higher. Either way, the engine is the result of a collaboration between Singer, the Williams F1 team’s Advanced Engineering offshoot and one Hans Mezger.

Yes, the man responsible for creating the 911’s iconic flat six has contributed to the DLS’s engine design. Highlights of the engine spec include four titanium valves per cylinder, dual overhead cams, extensive use of magnesium and lightweight materials to reduce mass, lightweight throttle bodies with F1-inspired upper and lower injectors to enhance performance and drivability and a unique and optimised oiling system to improve lubrication and cooling.

Of course, the 500hp engine is just the beginning. The detailing and delights abound. An advanced aero package created by Williams combines computational fluid dynamics with oldschool knowhow from Norbert Singer, he of 956 and 962 fame. The package is said to entirely remove front axle lift courtesy of items like a modern take on the classic ducktail spoiler and dual-layer rear window with functional aero. It also includes what may turn out to be the DLS’s signature feature, those engine intakes integrated into the rear side windows.

Elsewhere, there’s multi-link double wishbones front suspension, aluminium rear trailing arms, bespoke mass-optimised dampers and a body shell optimised for stiffness and low mass. As with previous Singers, the panels are all carbon-fibre but all are unique to the DLS. Next up is the bespoke, six-speed manual gearbox with magnesium casings and hollow shafts for maximum reduction of rotating mass. Singer has even reduced the box’s length to reposition the engine forward for improved weight distribution.

Then there are the 18-inch centre-lock wheels, created in partnership by BBS and Williams, unique Michelin Pilot Sport Cup 2 tyres, ceramic brake discs, switchable traction and stability control by Bosch, and, well, an awful lot more. Indeed, even the cabin’s engineering is extreme. The instruments are located on a floating carbon-fibre panel, the raised manual gearshift with exposed titanium and magnesium linkage links with shift lights integrated into the tachometer and the door cards alone are incredibly intricate.

In short, Singer has dramatically upped the ante when it comes to restored and modified 911s. Of late, several rival outfits around the world have created 911s very similar in look and character to Singer’s original restomods. But it’s hard to imagine anyone directly challenging this new DLS for technology and attention to detail.

Exactly how much the DLS will cost or when you might be able to get your hands on one are unknown, the DLS remains a ‘study’ for now. Whatever the price, the DLS is a staggering reinterpretation of what it means to be an air-cooled 911. It’s certainly sobering to remember that somewhere underneath all that carbonfibre finery and 500hp technical mastery is a humble 911 964 Carrera.