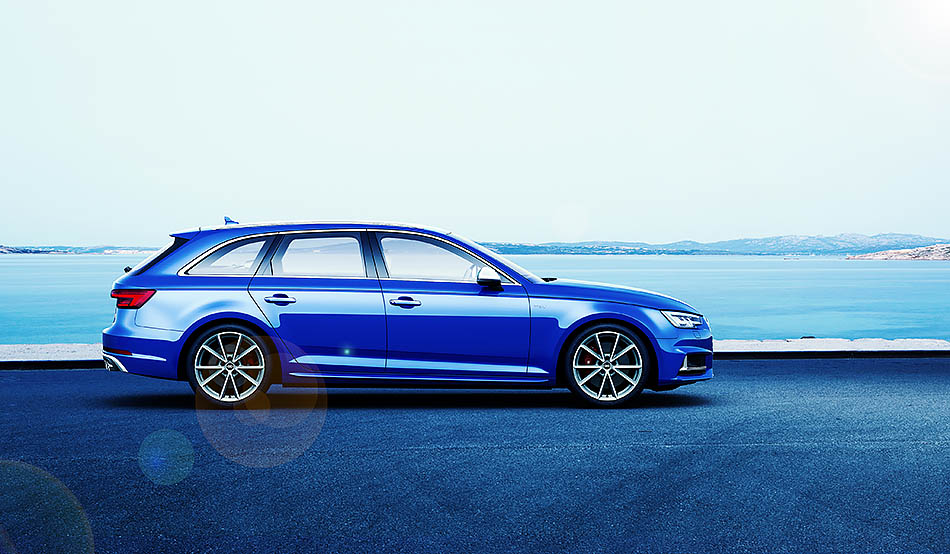 The latest incarnation of the S4 Avant looks to be another winner for performance Audi fans. The latest generation of A4 has been very well received. The all-new B9 platform has been loaded with technology and class-leading equipment. But, it’s the performance models, the S and RS-badged cars, that have really ignited the passion of Audi enthusiasts all over the world. Up until now, Ingolstadt had only released images of the saloon – and very nice it is too. But they were being somewhat cagey with the S4 avant. This prompted some to suggest that it may be a less goodlooking package. However, having just received the pics of the hot estate, it’s clear that it looks stunning. More news on the V6 estate. 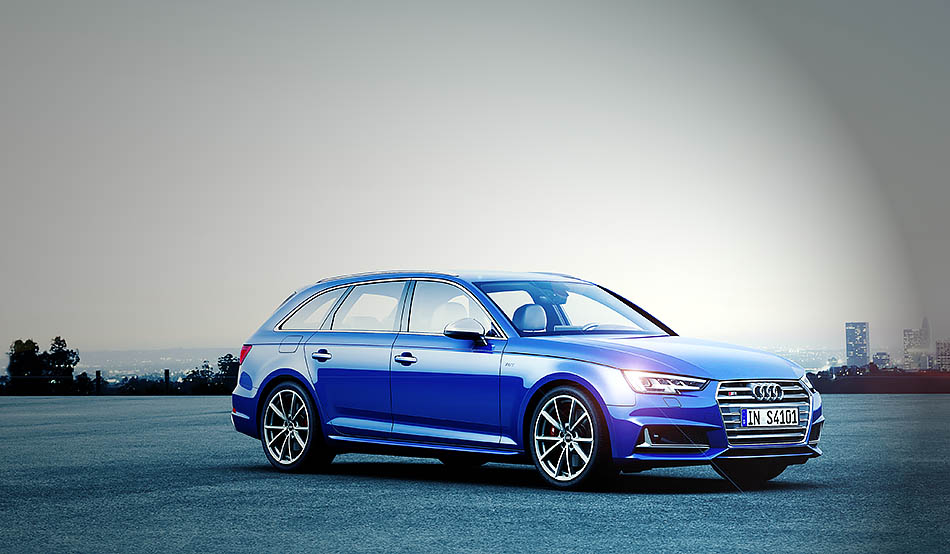 So let’s look at the styling. The previous generation S4 was criticised by some for appearing too safe. 18in alloys and exterior styling that looked much like any other A4 Avant didn’t do it any favours. In fact, Black Edition A4s often looked better than S4s, which was an odd way to go on.

The new S4 looks like it will continue with the subtly aggressive styling, but as it’s based on the good-looking B9 A4, it’s already got quite a head start.

The front has a very purposeful looking sneer, thanks to those angular headlights and wide mouthed grille. With the optional LED Matrix headlights, it really does look impressive. But enough of the front – this is the new avant after all, so what does the back look like?

Well, like the regular A4, it’s nicely proportioned and works well with the rest of the car. S4 additions include the trademark quad tailpipes, set into a new valance. Aside from that and an S4 badge, you’d be hard pushed to pick this out from a line-up of other B9 avants. And that’s no bad thing. The whole ethos of S4 ownership has been an understated look that doesn’t need to shout about what it can do.

Traditionally, that’s been left to its big brother, the RS4. The B9 RS4 is at least another year away at the time of writing, but it looks set to be an explosive package boasting two turbos from the same 3.0 V6 powerplant. Whether it will be available as avant only or also as a saloon, remains to be seen.

Until the RS is released, the S4 will be the hottest A4 you can buy, and it looks to be a very attractive package.

We reviewed the saloon a few issues back, but to recap, there’s a whole lot to like. First up is that stonking 3.0 V6 engine. The previous car’s supercharged lump was pretty epic and could be taken to near 500bhp with relative ease. However, the new engine promises big things; more power, available from lower down the rev range; a smooth power delivery from the large capacity 3.0, and, of course, the potential for tuning it.

Add to this a proper mechanical sport diff on the back (an option) and you have a recipe for a very lively car.

It’s already been widely lauded, but the interior of the latest S4 is a very nice thing indeed. From the deeply sculpted leather seats, to the well laid out dash awash with soft touch materials and tactile alloy goodies. The highlight is without doubt the virtual cockpit (another option) which bestows the S4 with a 12.4in screen that can be customised according to driver requirements.

The S4 is a very accomplished effort from Audi. Okay, it has to fit into a strict model line-up and meet cost requirements, but as a base for a fast and fun family car that can carry stuff in the back, it really does make a superb base. Eibach already offer a set of their performance Pro-Kit sports springs and Bilstein and KW aren’t far behind.

Imagine what it will look like with a slightly lower ride height and a set of aftermarket alloys? Then there will be uprated exhausts from the likes of Milltek, Scorpion and AWE that will not only look fantastic but add some performance to the thing.

This will of course need to be accompanied by some engine work. Whether that’s a simply tuning box that doesn’t affect your warranty from the likes of TDUK Performance, or a software upgrade from Revo, APR or MRC, you can be sure that the new S4 will be capable of much more than it left the factory with. 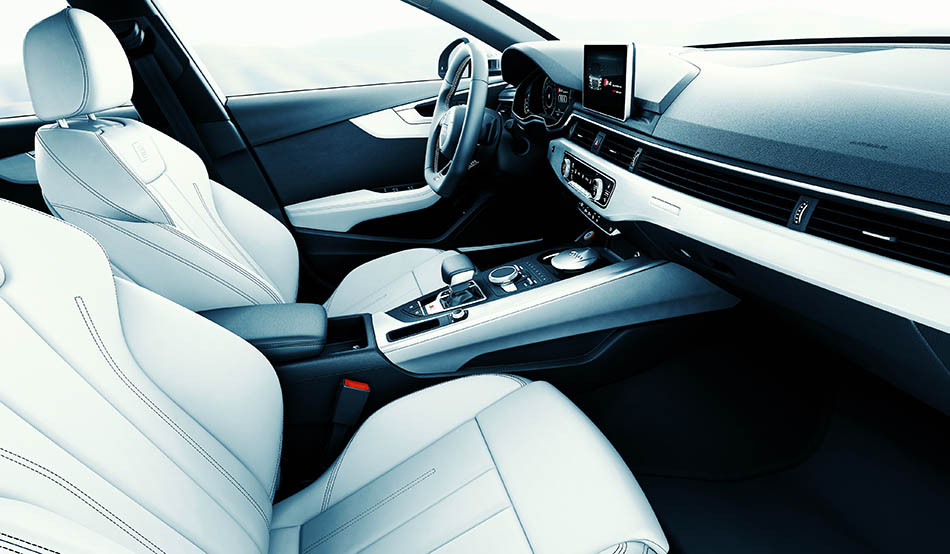 Above: Interior is one of the highlights of the new S4 avant. Right: Angular front end looks good.

“The S4 is another very accomplished effort from Audi” 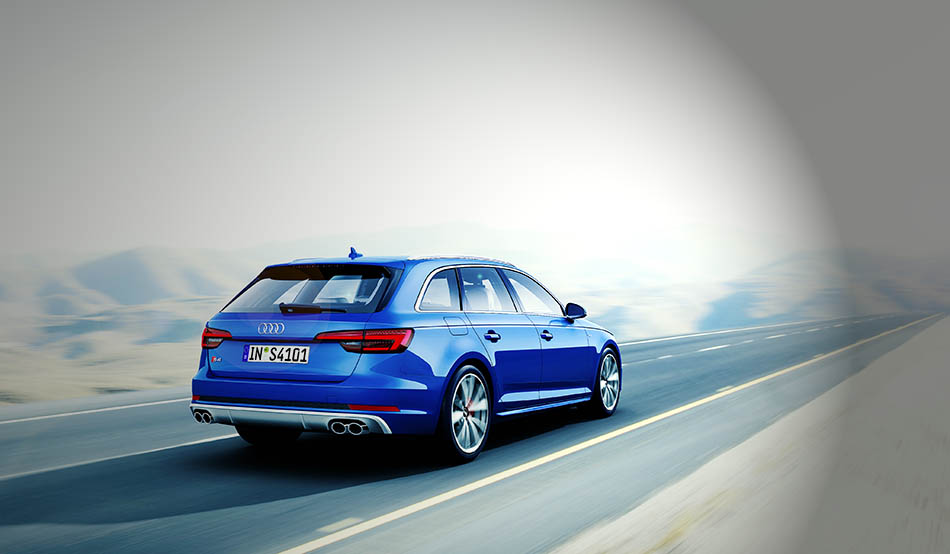