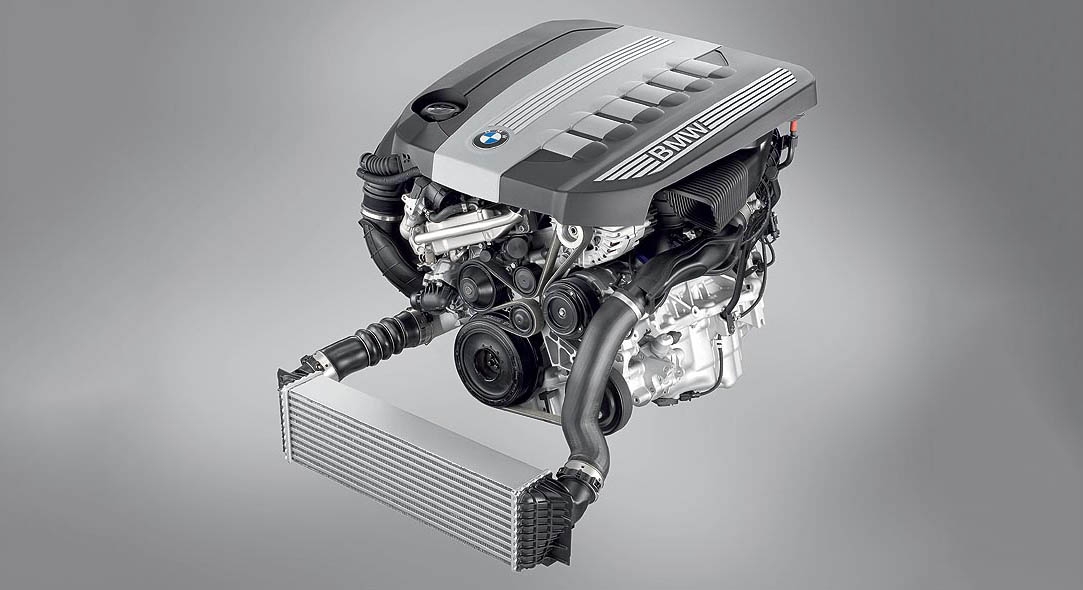 Every member of the N57 family has exactly the same displacement, 2993cc from a 84mm bore and 90mm stroke, with varying engine mapping and turbo count increasing power as you progress up the range. The N57 is a completely different engine to the M57 that it replaced, with an aluminium block as opposed to an iron one, making the engine much lighter, along with improvements to reduce emissions and fuel economy.

In terms of technical prowess, the two most interesting engines are the twin-turbo D30Tx and triple-turbo N57S. The former engine uses a twin sequential turbo arrangement, with one small and one large turbocharger. As you might expect, the smaller turbo operates at low revs, spooling up quickly to give an impressive burst of low-down torque before the second, larger turbo comes in at higher rpm to deliver more power as you accelerate through the rev range. Most systems will feed all the air to the first turbo, diverting some to the larger turbo when you begin to approach the point in the rev range where it is due to take over, before then allowing all the air to flow into the second turbo, engaging it fully; however, BMW’s system is a little different. BMW decided to design the system in such a way that air always flows through the second turbo on its way to the smaller turbo. At about 2000rpm some exhaust gas flow is diverted from the smaller turbo to the larger one, allowing it to pre-compress the air before it enters the smaller turbo and is compressed further. Finally, over approximately 3000rpm, the exhaust gases are diverted to flow through the larger turbo fully, delivering maximum power, and a seamless transition from one to the other. Clever stuff. As the N57D30T0, the engine developed 306hp with 460lb ft of torque before BMW tweaked it to become the T1 in 2011, with 313hp and 465lb ft of torque.

The N57S is even more impressive and follows the mantra of ‘more is more’ because if two turbos is good, then three is most definitely better. As the 50d engine package comes with xDrive attached, we only get it in the UK in the X5 and X6M50d models, as the righthand drive F10 and F01 platforms can’t accommodate xDrive. This is a shame but it’s such an awesome powerplant that we should be happy about the fact that we get it in the first place. Trying to attach three turbos to the engine is no mean feat but the straightsix layout gave BMW’s engineers the perfect configuration, with a nice long engine block and plenty of space. The N57S saw combustion pressure rise from 185bar to 200bar and while BMW did consider using a cast-iron block for added strength, as used by Audi and Jaguar, this would have meant exceeding weight targets. Instead BMW’s engineers made a number of improvements to the existing block. A secondary heat treatment process was employed to seal any porous surfaces in the block castings, interbore cooling bridges were improved to help with the thermal loads, and the crankshaft and con rods were also strengthened; the pistons have remelted crowns to help them cope with the high mechanical and thermal loads and large threaded steel inserts were used where the cylinder head and main bearing bolts meet. The fuel injection system has been uprated, a twin-piston pump delivering 2200bar of pressure in the common rail, which means the nozzle openings can stay small and that keeps emissions down. 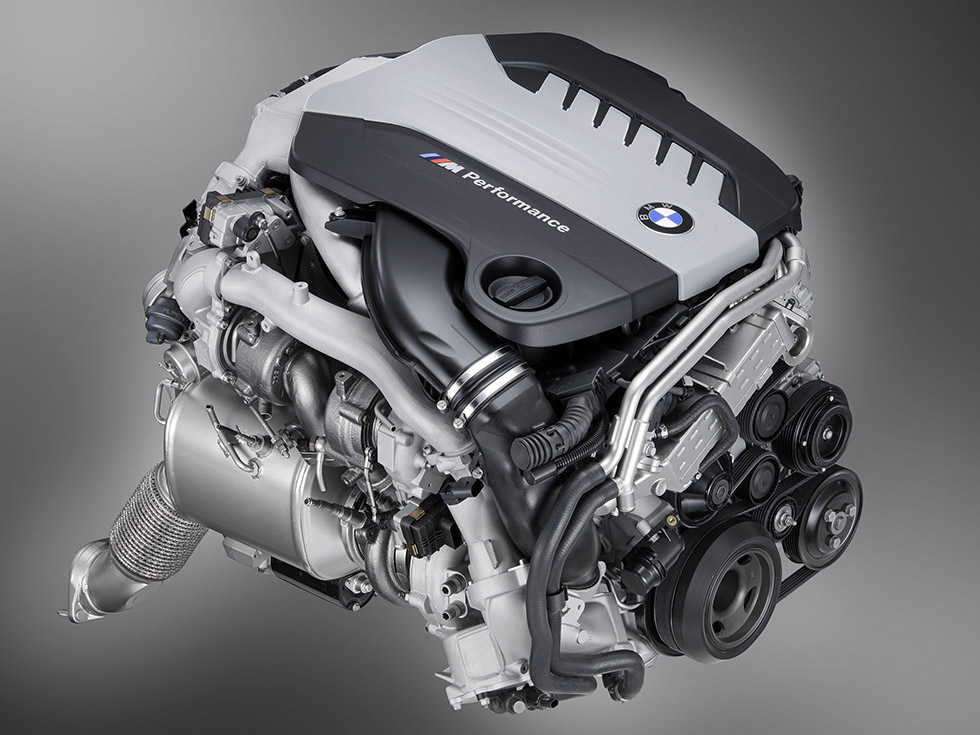 The triple turbo configuration is extremely clever, with the trio of BorgWarner turbos blowing a 4bar storm at full boost, with two smaller VTG units and one large fixed-geometry turbo. One small turbo comes in at low revs, operating on its own up to 1500rpm to deliver low-end response, which is then joined by the large turbo from 2000rpm and at 2700rpm, some of the exhaust gases are diverted to the larger turbo and the second smaller unit comes online at the same time. All this forced induction wizardry means 381hp from 4000-4400rpm and 546lb ft of torque from 2000-3000rpm. In the X6M50d, that means 5.2 seconds to 62mph, 42.8mpg on the combined cycle and 173g/km of CO² – impressive given the performance. In the M550d xDrive it’s even more impressive, with a 4.7 0-62 time, 45.6mpg and just 162g/km.

Your first port of call for any of the N57s will be a remap and fortunately there are countless companies out there that can offer their services. Outputs vary slightly from engine to engine but you can generally expect to see between 40-50hp and around 65-70lb ft of torque on the single turbo variants, 50-60hp and 45-60lb ft on the 306hp models, 50hp and 50-55lb ft on the 313hp 35d models and on the M50d you can expect to see about 35hp and up to 90lb ft. Beyond a remap, you can look at DPF removal, though bear in mind that not every model is catered for offthe- shelf. Removing the heavy DPF will mean you don’t have to worry about it failing, and it should also improve fuel economy and engine response.