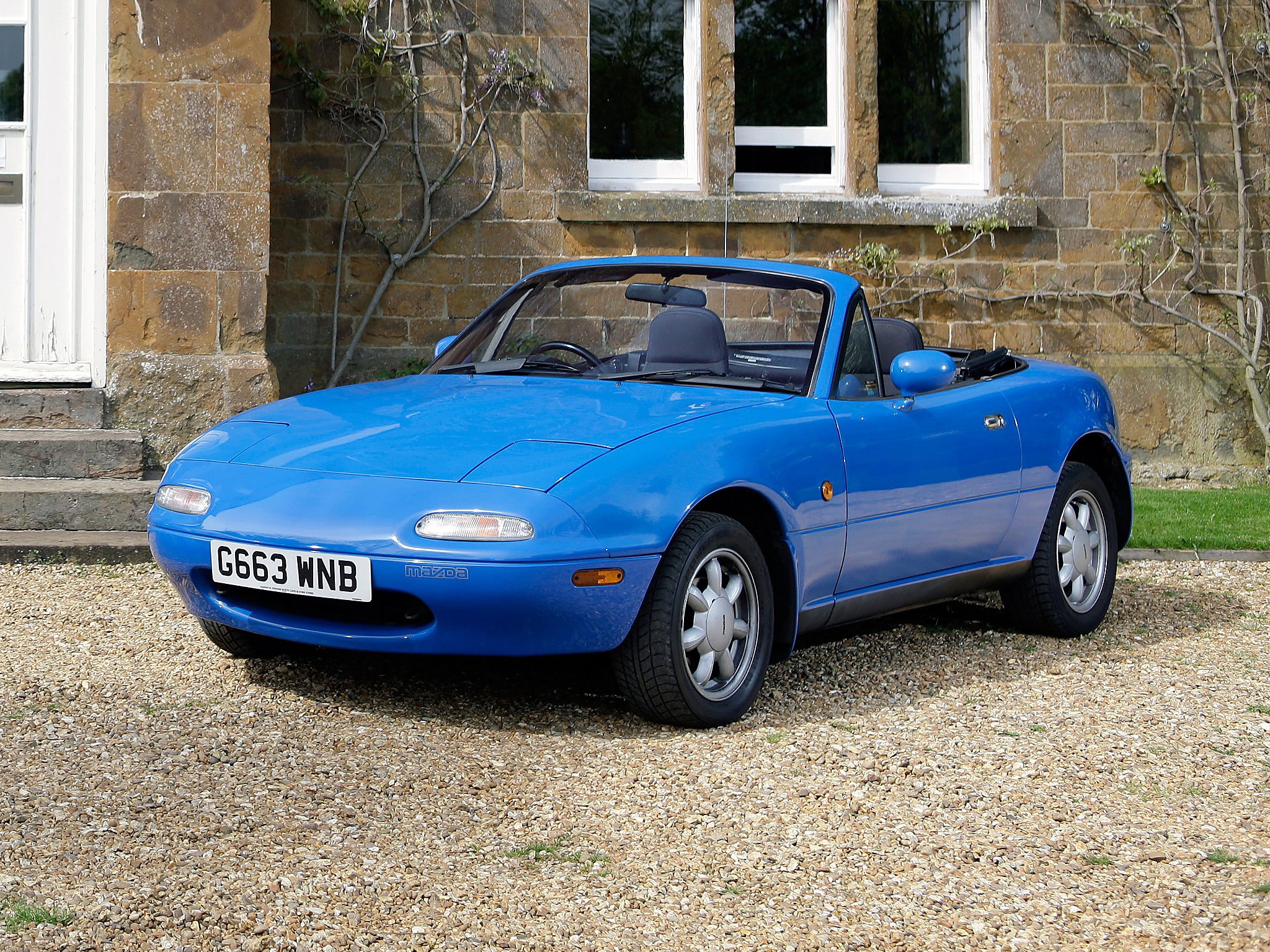 The Mazda MX-5 has a problem: its ubiquitous nature means that many people take this incredible little two-seater for granted. The flipside is its sheer affordability – spend £2000 and you should get a fine example of the Mk1. Even the best will command perhaps £5000. What you’re getting is a reliable everyday sports car that is an absolute blast to drive.

This year marks the 25th anniversary of the Mazda MX-5, the development of which was a truly international effort. Mazda opened an American R&D centre in 1983, and only a year later its sports car proposal won approval ahead of coupe alternatives from Toyko. The first full-sized prototype, meanwhile, was built by British firm IAD. 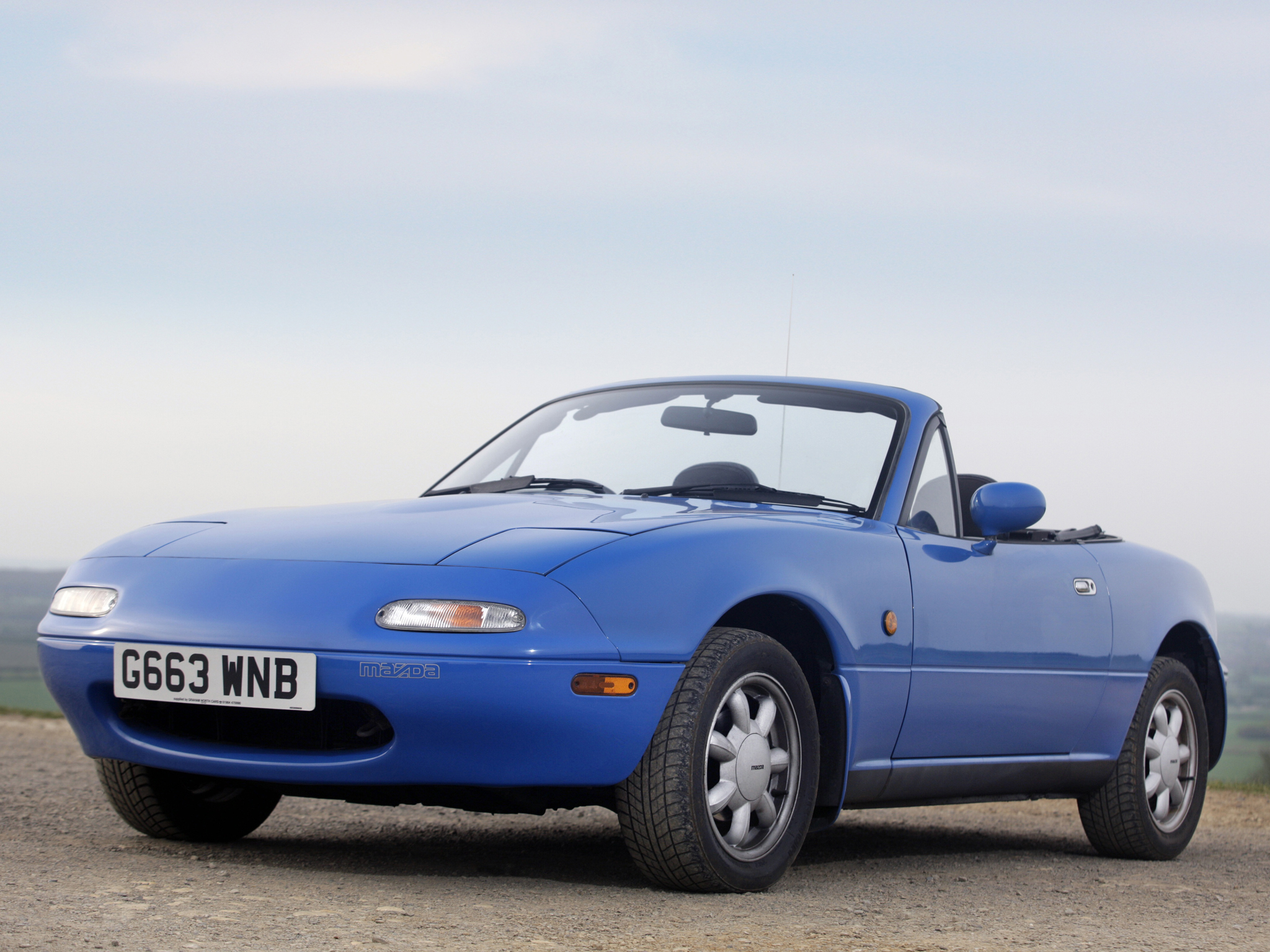 Chief engineer Toshihiko Hirai drove all sorts of classics to gain inspiration, from Lotus Elan and Seven, to Fiat X1/9 and Triumph Spitfire. He was fastidious in his approach, right down to the noise he wanted the car to make: he even taped his favourite exhaust notes and would play them during his commute. 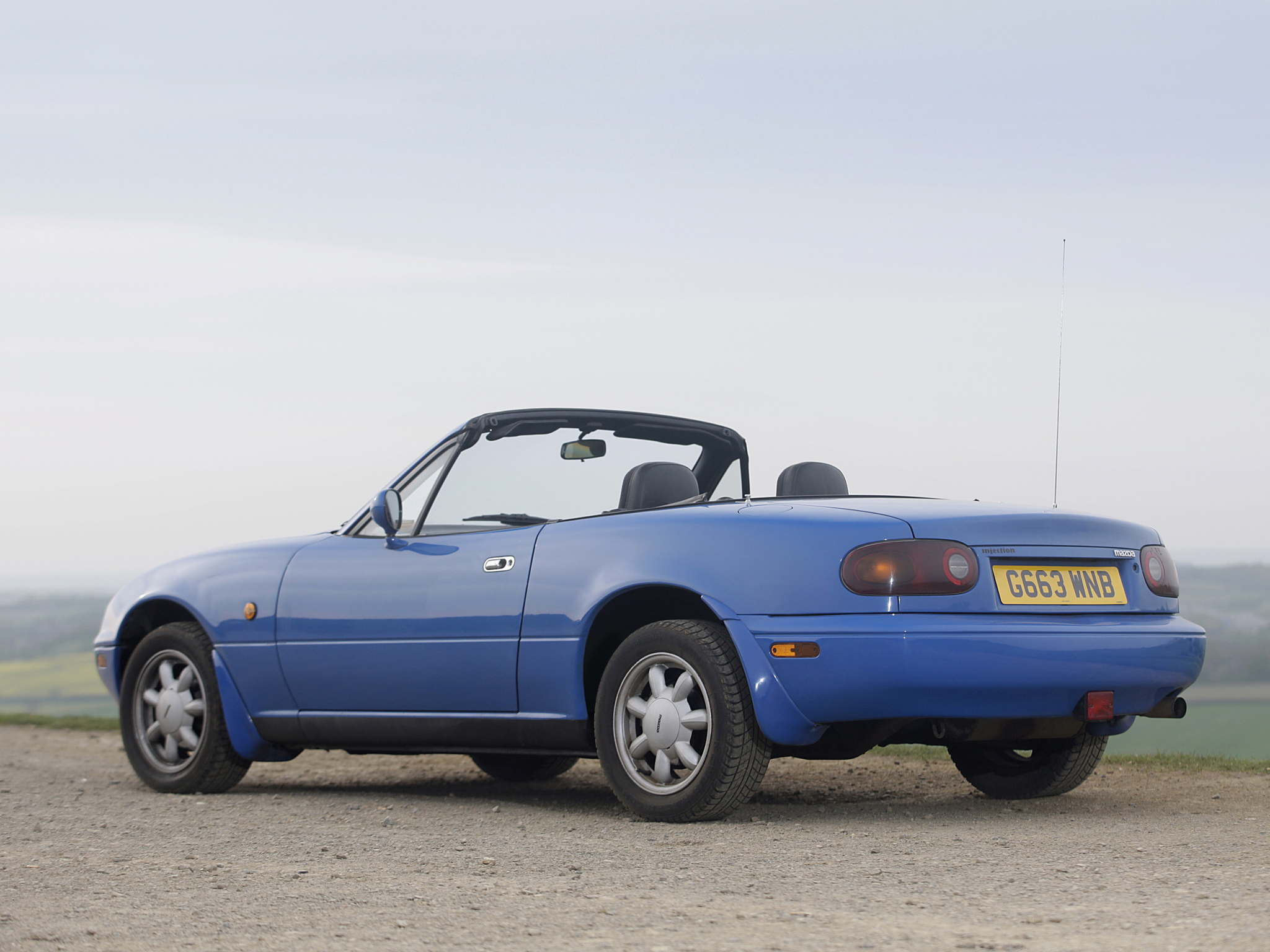 The intention was to recreate the magic of those earlier models in a simple car that was cheap to buy, cheap to run and great to drive. Hirai’s motto became: ‘Oneness of horse and rider,’ making it clear to his team that this had to be a predictable, safe, tactile, controllable car rather than a savage road-bumer.

‘There is little doubt that the shape is highly derivative and offers more than a nod to the original Elan, but it was very skilfully done. In period, its rounded corners were a contrast to the angular shapes offered by the likes of the Toyota MR2 Mk1 and Bertone X1/9. It is a compact, well-proportioned car with no fussy details and a friendly face.

Inside, everything is unremittingly black, but it’s a simple and ergonomically sound cockpit. Clear dials positioned where you want them, a hood that is a cinch to use and a pleasing level of build quality combine with echoes of the past such as the low driving position, deep transmission tunnel and stubby, high-set gearlever.

A well-sorted MX-5 is a precision instrument. The steering delivers constant feed-back – whether assisted or not – and the Mazda responds to inputs without delay or inertia. From its sharp turn-in to its ability to gently unstick the rear tyres on the way out, it encourages you to take the long way home, to revisit favourite B-roads. Its 1.6-litre twin-cam does not deliver searing straight-line pace – the 1.8, introduced in 1994, feels more muscular but is a little more gruff. It revs keenly though, and is allied to a fabulous short-throw gearchange.

You will not stand out from the crowd in an MX-5, but there is a good reason why it has inspired an immense club following and a booming specialist scene. Here is a car that you can use without worry all year round – the smart optional hardtop now commands £500 – and work on yourself. A car that can entertain you without being stricken by foibles so often explained away as ‘character’. A car that is just terrific fun.

• If the rear drain holes become blocked, corrosion will form at the lower-front edge of the wheelarches and also affect the sills.

• A leaking or noisy water pump will be upwards of £300 to replace. You might as well change the cambelt while it’s all apart.

• Many cars have been modified, with varying degrees of success. If suspension or engine work has been carried out, try to drive a standard car before buying so that you have an appreciation of how an MX-5 should feel.

• The 1.6 remained on sale when the 1.8 came out. but not with the same spec as the original. Its powerplant was detuned to 88bhp.

Thanks to Duone Harris; The Mazda MX-5 Owners’ Club: mazdamx5oc.co.uk