Max Hoffman gone but not forgotten 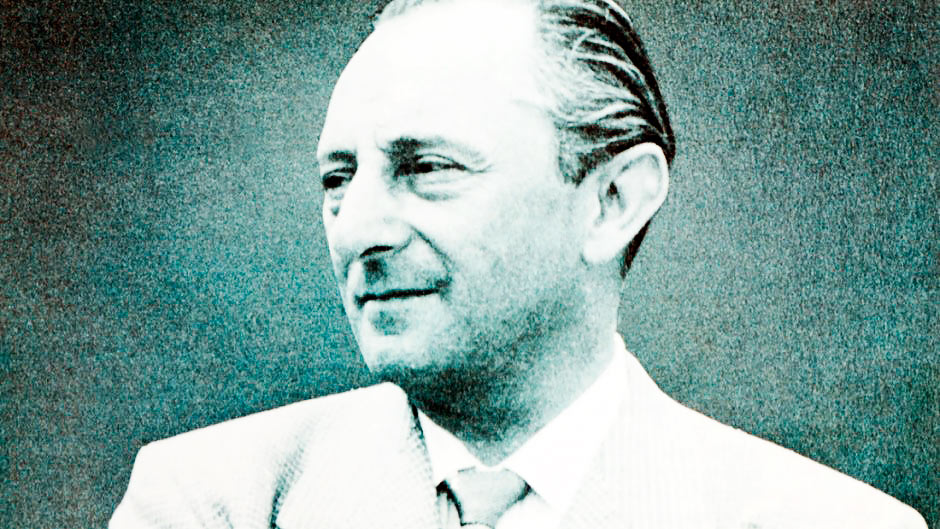 Introducing the cream of European cars to post-war America, and chopping off their roofs, took a supreme salesman. Max Hoffman, car salesman extraordinaire. Gone but not forgotten. Words Delwyn Mallett.

It would be easy to categorise Maximillian Hoffman as someone who was lucky to be in the right place at right time – in his case a carhungry USA during its post-war boom years. Although the country was gobbling up consumer goods as fast as factories could pump them out, Max was nevertheless an extraordinary salesman who sensed what the market wanted and then persuaded manufacturers to take a risk and make a model to his specification.

Born in Vienna in 1904 to a Catholic mother and a Jewish father, Hoffmann (then with a double ‘n’) as a youngster worked in his father’s bicycle manufacturing business. He started two-wheeled racing in local clubs on a small-capacity DKW while still a teenager, eventually graduating to a full-house 350cc AJS.

He moved from two wheels to four with an Amilcar in the 1930s and continued to race until his car import business, Hoffmann & Huppert, demanded more of his attention. By the time the Nazis annexed Austria in 1938, Hoffmann was the importer for Rolls-Royce, Bentley, Alfa Romeo, Talbot and Delahaye, and the first agent outside Sweden for Volvo.

With his Jewish ancestry Hoffmann felt it wise to flee Austria, first to Paris and then, after France was occupied, to America in 1941 on a Portuguese ship. Unfortunately, 1941 was the year the US entered the war and ceased car production. With no cars to sell, Hoffmann borrowed some money and went into business producing costume jewellery out of metal-plated plastic. The business did well and by 1947 he had finally accumulated enough funds to open a car showroom on New York’s prestigious Park Avenue.

His sights were set high: the first car on the Hoffman (now one ‘n’) Motor Car Company showroom floor was a Delahaye with Figoni et Falaschi coachwork. An exclusive contract to import Jaguars followed in 1950, as did a short-lived deal with Volkswagen. The weird little Beetle proved hard to sell and Hoffman bailed out of the deal, something that for obvious reasons he later regretted: ‘My only mistake’, he ruefully observed. His association with the Volkswagen-derived sports car from Stuttgart proved a much more profitable association for both parties.

In 1953 Hoffman asked Frank Lloyd Wright, America’s most famous architect, to design a waterfront family home on Long Island Sound and a new car showroom. Wright was then designing the Guggenheim Museum, a spiralling inverted cone that would become a New York landmark. The Hoffman showroom, with its circular forms, revolving platform and inclined ramp, explored the same stylistic themes. As part payment for his work Wright, a long-term petrolhead, received a Gullwing and a 300 sedan. In 1957 Hoffman moved to larger premises and the showroom was acquired by Mercedes.

Famously, Hoffman persuaded Porsche to produce a stripped-down, cheaper roadster aimed primarily at California. The result was the immortal Speedster. He also encouraged Alfa Romeo to cut the roof off its delectable Giulietta. Less successfully, he talked a cash-strapped BMW into building the beautiful 507 V8 sports car, which turned out to be far too expensive and a commercial failure.

It is often reported that Hoffman persuaded Mercedes to build the Gullwing by guaranteeing to pay for 1000 of them himself. However, automotive historian Karl Ludvigsen states, in a footnote in his magnificent volume Mercedes-Benz Quicksilver Century, that he accepts partial blame for disseminating what turns out to be a myth. It was actually its stylistically similar but mechanically mundane and cheaper sibling, the 190SL, that Hoffman offered to pay for.

He was never a Gullwing fan, this intuitive connoisseur of a car’s dynamics considering that with its heavy steering it felt ‘trucky’. Nevertheless, America took more than 1000 of the 1400 Gullwings built, and it was Hoffman who persuaded Mercedes to make a roadster version.

From the 1960s Hoffman was the exclusive BMW importer, eventually selling his business to BMW in 1975 and retiring a very rich man. His business associates found him completely trustworthy but not always easy, given his fanatical attention to the detail of a deal. One once declared that an afternoon with Hoffman was as strenuous as a whole week’s work elsewhere. Max Hoffman died back home in Vienna, in 1981.

‘THE BEETLE PROVED HARD TO SELL AND HOFFMAN BAILED OUT OF THE DEAL, WHICH FOR OBVIOUS REASONS HE LATER REGRETTED’