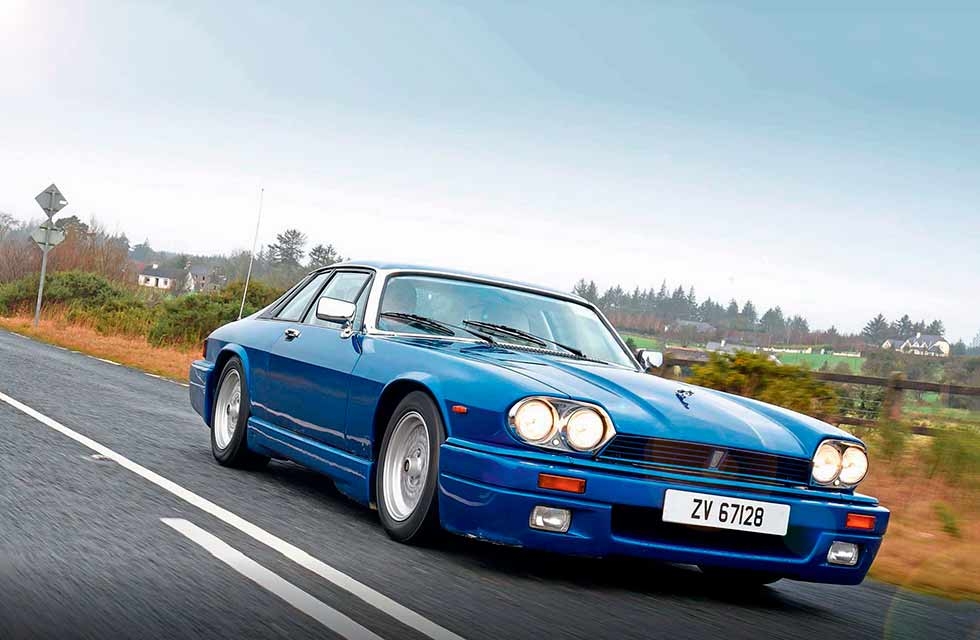 Although better known for its XJ-S Eventer estate conversion, Lynx also produced a body kit and other modifications for the XJ-S. We’ve tracked down a rare survivor. Words & Photography Paul Walton.

While Lynx is more famous for its Eventer estate, it also produced a menacing body kit for the XJ-S during the Eighties. We’ve tracked down a rare example

Very few independent specialists have had the audacity to try to improve Jaguar’s designs. And, of those that did, few did it well. One of the exceptions was Lynx. For more than 15 years, this East Sussex-based specialist produced some of the most commercially and aesthetically successful modified Jaguars from an independent specialist. It is most known for the Eventer, which transformed the XJ-S from a cramped GT into a practical three-door estate, Lynx produced more than 67 customer cars and one prototype between 1982 and 2002, a fine figure for a handmade special, one that clearly illustrated Lynx’s technical abilities.

What isn’t so well known is that Lynx also produced several modifications for the XJ-S, including turbocharging the 3.6-litre straight-six and designing a subtle body kit. Expensive, and coming at the same time as Jaguar’s own range of additions under the JaguarSport banner, very few were produced. Yet, we’ve found a rare survivor.

Today, the name Lynx is as linked to Jaguar as TWR or Lister, although it was never intended to be. When Guy Black formed the company in 1968, he planned to concentrate on general classic car restorations. The inspiration for his company name was the Riley Lynx, the first car he restored while still an engineer with renowned engineering specialists Weslake Research and Development. During a 1983 interview in Motorsport magazine, Black admits that Lynx’s Jaguar bias was started by accident. He says, “Early on, we did a restoration on one of the early works C-types and word just got around. That’s how we started on our Jaguar tack.” The company later moved into producing a replica of the D-type, which it launched at the Racing Car Show in 1973, and followed up with a reproduction C-type three years later.

The change in direction from recreating classic cars to modifying modern ones came in the mid-Seventies, when a customer asked Lynx to transform an XJ6 Coupe into a convertible. Realising there was still a market for open Jaguars, Lynx developed its own convertible version of the-then coupe-only XJ-S, which was called the Spider. This two-seater convertible filled the void created by the E-type’s 1975 demise.

Although popular – more than 180 were produced – when Jaguar announced its own XJ-S Cabriolet in 1982, Lynx knew the Spider’s days were numbered (although it still took several orders for a four-seat convertible until the late Eighties), and went to the other extreme by designing an XJ-S estate. Chris Keith-Lucas, who joined Lynx as a director in 1974, told me, “We realised our steady earner was coming to an end and we wondered what to do next. And then someone within Jaguar – I can’t remember who – said why don’t we do an estate? There was no chance the company was ever going to do one, and he thought we should. We agreed.”

Called the Eventer, it was a handsome and practical conversion that helped solidify Lynx’s association with the model. In the late Eighties, Lynx moved in another new direction once more, producing a series of upgrades for the XJ-S 3.6-litre.

At £11,000 for the full Performer transformation (on top of the cost of the car), it was an expensive conversion, especially considering the JaguarSport XJR-S arrived at around the same time; similar in looks and character, but with a genuine motorsport connection and officially available through Jaguar’s dealers, in 1989 the XJR-S 5.3 cost around £8,000 less than a Performer. As a result, only a handful of Performers were produced, its lack of success being one of the major reasons for Lynx going into liquidation during 1992.

The company was rescued by one of its former customers, John Mayston-Taylor, who abandoned the Performer package, turning the company’s attention back to D- and then C-type replicas. In 2009, he sold the Lynx name to a rival replica manufacturer, Proteus.

The cost of the full Performer transformation meant that a few cars had just the body kit, including this metallic blue 3.6 coupe. Little is known about the car’s early history, other than it was registered in March 1988, but because Lynx did not allow anyone else to fit its modifications, it must have been converted when new. It doesn’t have that huge spoiler wing, but the larger front and rear bumpers, plus the deep, Lynx-branded side skirts, give it a more menacing presence than a standard XJ-S coupe of the same age.

By the early 2010s, the car was looking the worse for wear having apparently stood outside for several years. It was brought back to life for its then Newcastle-based owner by a specialist in Bradford, Enkahnz, which repainted the car in its current colour, retrimmed the seats and covered the dashboard in blue leather. The Bradford company’s logo can still be seen on the boot lid and front headrests.

In 2018, XJ-S enthusiast Kieran Tarpey bought the car. He says, “I knew about the Eventer, but I didn’t know anything about Lynx’s body kit. I thought it looked beautiful.” That was my thought when I first saw the car, displayed on the XJS Club’s stand, at the 2018 NEC Classic Motor Show. It certainly is distinctive alongside standard models.

To drive, Kieran’s XJ-S feels like a standard XJ-S 3.6 of the late Eighties. The straight-six engine pulls strongly and the ride is beautifully comfortable, although the steering is a little vague. So, despite what the exterior additions might suggest, it is no sports car.

What makes the car stand out from the 8,866 other 3.6 coupes produced is its rarity, and the Lynx logo on the side adds to that exclusivity. All XJ-Ss are special, but with its unusually stylish additions from a highly respected and well-established specialist, this one is uniquely so.

Thanks to: Owner Kieran Tarpey, and the Drive-My Jaguar XJS Club (https://drive-my.com/en/social/groups/item/69-jaguar-xj-s.html)