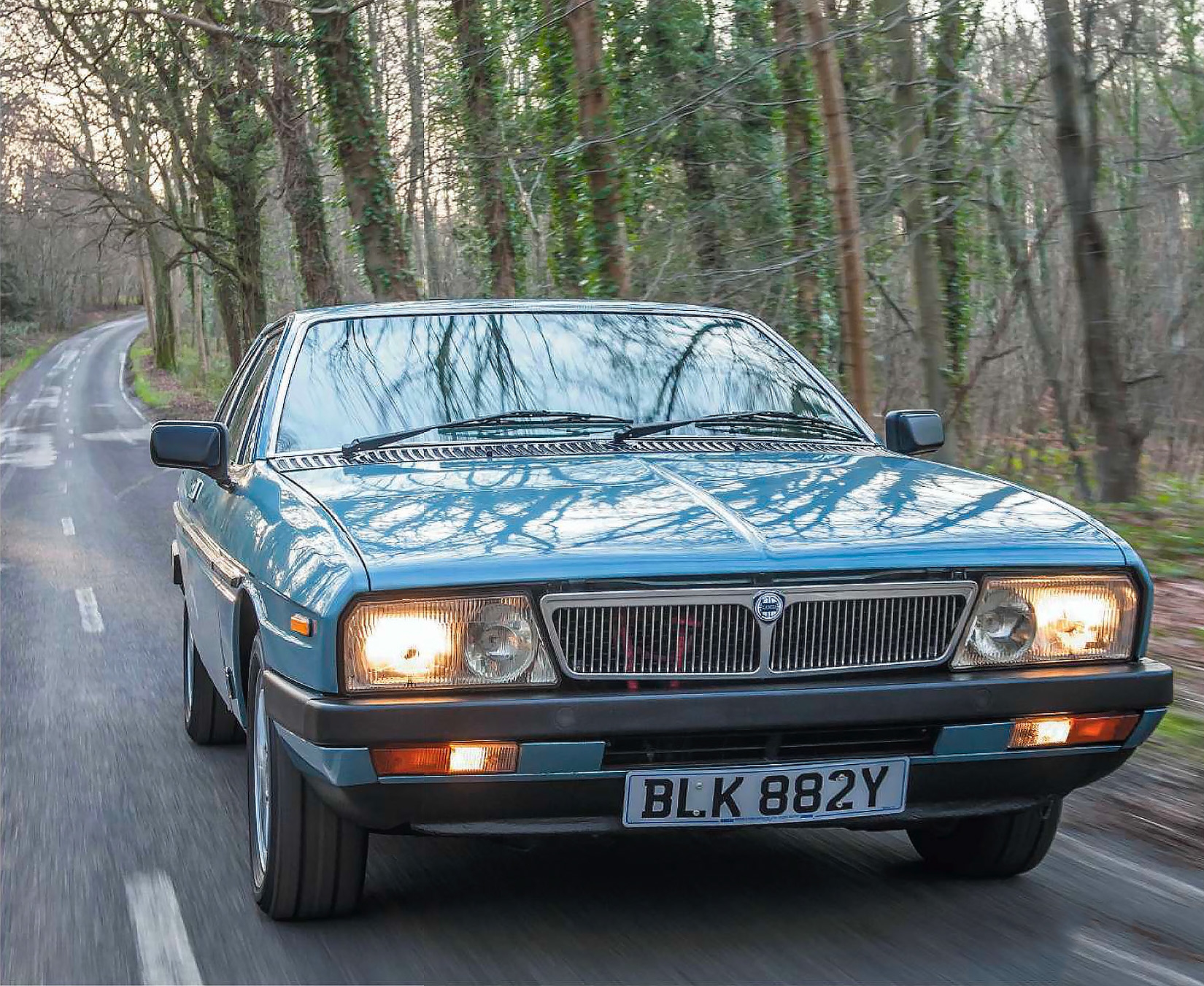 Lancia Gamma Coupe test-drive. Aldo Brovarone was the main designer at Pininfarina in the Seventies when the Lancia Gamma was under creation. What Lancia didn’t know, as it launched the Gamma Berlina in 1976, was that – while assisting with the saloon’s shape – Pininfarina had been secretly working on a coupe version built on a 4.5in-shorter wheelbase, which duly appeared at the March 1976 Geneva show. In a display of on-the-hoof product planning unthinkable nowadays, Lancia said ‘okay’. By the autumn, Pininfarina had put the Coupe into production.

The whole car is a fabulous piece of surfacing, of sheet steel given taut, metallic life

It retained virtually all of the concept-car looks of the show car and it really is a handsome machine, with its scooped-out flanks and strong, straight lines including the flat-topped, lipless rear wheelarches. Then there’s the central dip in the bootlid, flanked by gently angled slopes out towards the edges of the rear wings, and the hoop formed by the rear pillars to suggest, with false promise, a targa top. The whole car is a fabulous piece of surfacing, of sheet steel given taut, metallic life with just enough curvature at the bases of the window openings to move it beyond the merely mechanical. It’s a much more sensuous- looking car than the rectilinear Fiat. 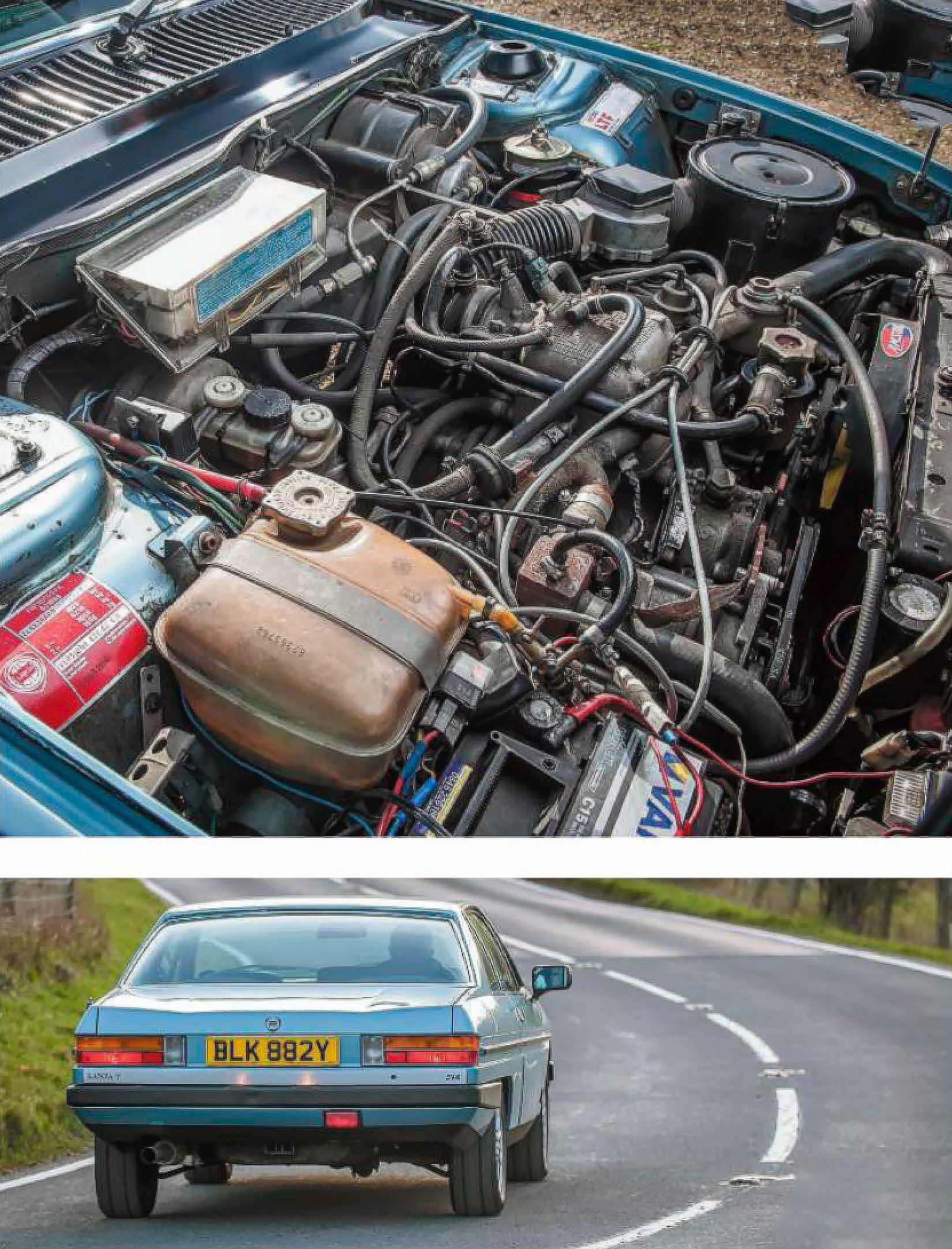 Flat-four engine produces 140bhp but gearchange lets the party down. Gammas taut lines give the Lancia a unique look.

It’s also the last Lancia-engined Lancia. The engine shares its flat-four configuration with the smaller, earlier Flavia but it was an entirely new unit, now with an overhead camshaft for each bank instead of pushrods, and both cylinder block and heads cast in aluminium. Drive is to the front wheels via a five-speed gearbox, a feature that is shared only with the Citroen among our cars here.

Motoring folklore piles various troubles onto the Gamma, but they don’t apply here. The body has no rust, the lubrication system is fully sorted and the power steering pump is no longer driven from the left camshaft, so there’s no danger of a jumping cambelt and consequent mashing of valves should full lock be applied when the engine is cold and the power steering fluid is thick. With that out of the way, we can learn more about the Gamma’s inner secrets.

Its engine, large for a four-pot at 2484cc, delivers 140bhp and 153lb ft of torque, and did so whether on the original Weber carburettor or, as here, on Bosch L-jetronic fuel injection. Its suspension follows that of the smaller Beta in featuring coil-sprung MacPherson struts all round. 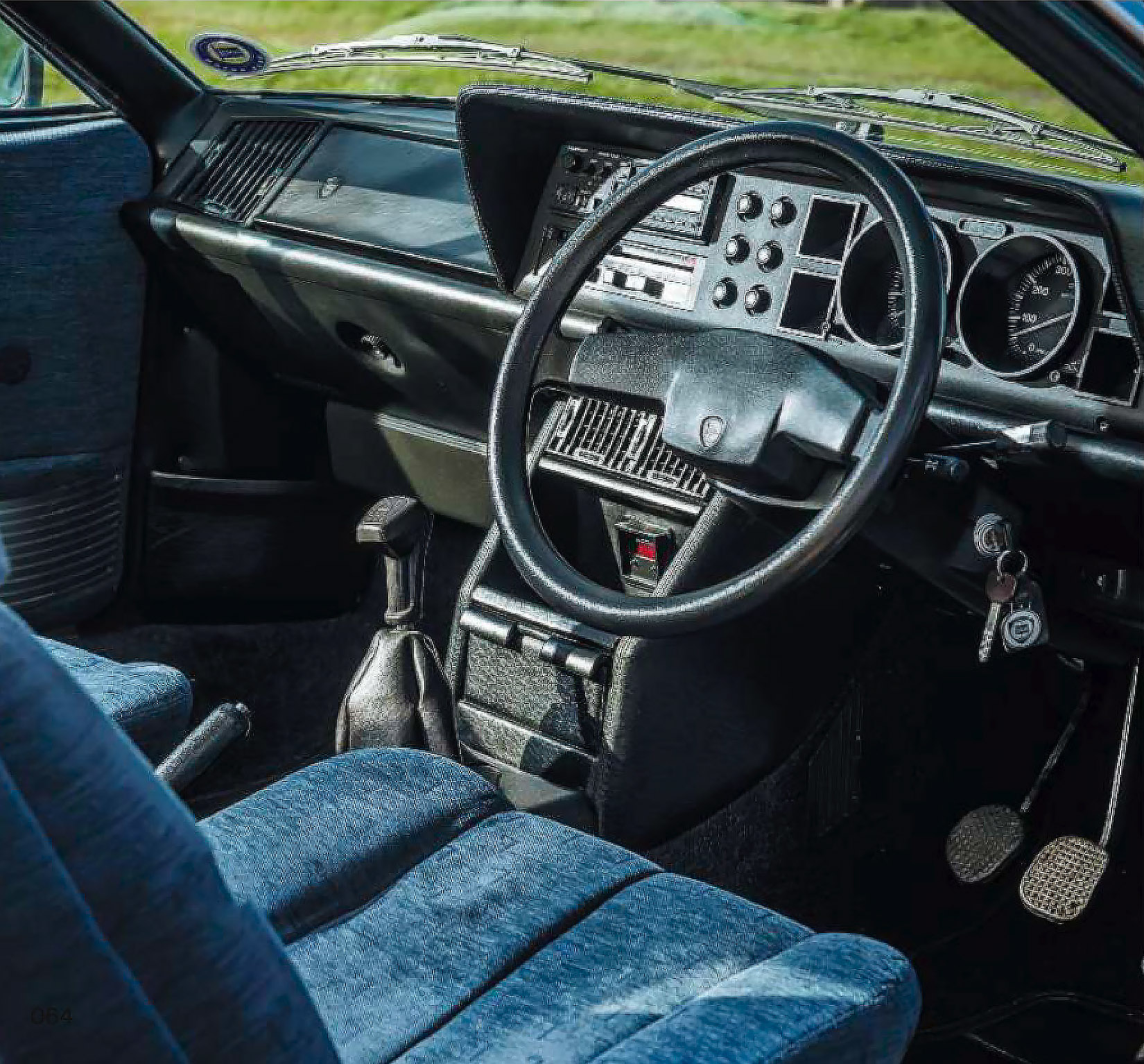 Interior doesn’t live up to the exterior

The interior doesn’t match the Lancia’s exterior for sculptural intrigue. It’s plasticky, a bit flimsy and the instrument and switch binnacle sits so high that it spoils the chance of a panoramic view forward. I like the angled door-pulls, though.

Contemporary road tests praised the Gamma Coupe’s steering, ride and handling, describing how in the right circumstances it was even possible to get it to oversteer under power. I don’t manage to persuade our metallic light blue example to emulate its predecessor, but it does handle tidily with the front end’s low centre of gravity no doubt playing a part. There’s a degree of dashboard shudder and choppiness up front over bumps that I don’t remember from the last Gamma Coupe I drove, but I suspect this car’s front struts may be past their best.

What is not in doubt is the characterful nature of the engine. Lancia’s hopes that it could compete in refinement with a V6 were unrealistic, because for all its mechanical balance a flat-four’s chance of smoothness is scuppered as soon as it’s under power. With bangs happening at four corners it could hardly be otherwise, and the beating exhaust note doesn’t help its case. But in itself it’s a great sound, and there’s a strong barrel of torque to dip into here if I’m not after realising the potential 9.4-second 0-60mph time and 120mph top speed. And, given the loose, rubbery, gritty uncertainty of the gearchange, that’s no bad thing.

But in the end the Gamma suffers that Italian-car problem again, that ability to swing unpredictably between endearing and infuriating. Like the Fiat, the Lancia was not fully developed, honed, calibrated and civilised before its engineers signed it off. The Gamma Coupe could have been one of the world’s most lusted-after cars if they’d done a proper job. As it is we can just admire, and wonder what might have been.

Steve Mogg The Lancia is the first Italian car I’ve had, but I’ve owned it for 12 years now. Before me it belonged to a university professor who was a figurehead of the Lancia Motor Club’s Gamma Consortium. ‘He used it for projects with his engineering students, which conveniently solved Gamma problems such as vapour locks, oil starvation and the power steering. It was mechanically sound when I bought it, but cosmetically a mess. It just needed some dent removal, paint and some interior trim.’