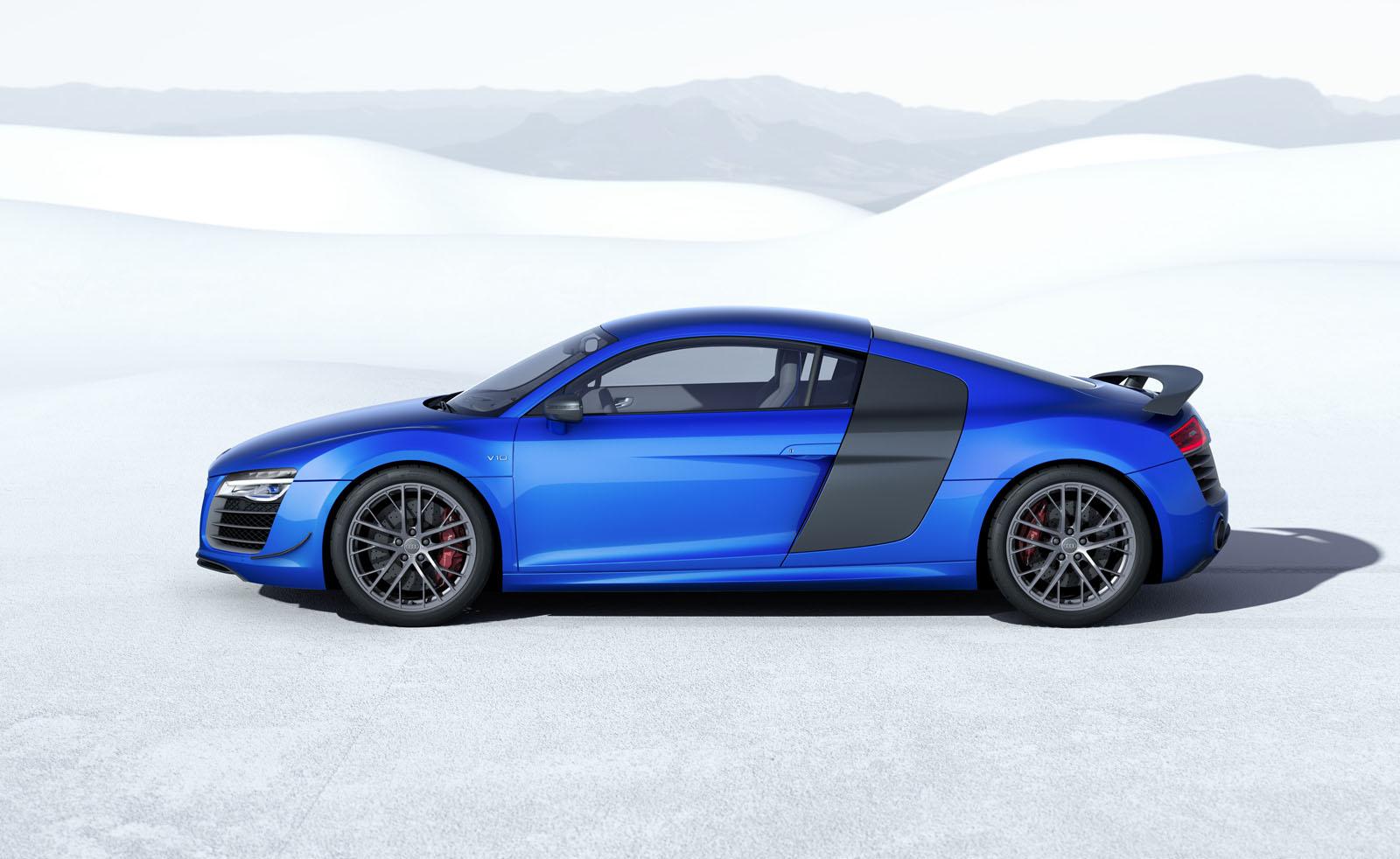 Jens drives home from Le Mans in the “first” production car to offer laser headlights. Or is it? The second weekend in June was automotive heaven. I spent two-and-a-half days at Le Mans to see the 24-hour endurance race. Over the past decade, it’s become a veritable technology showcase – thanks to unique regulations that aimed to push first for diesels, then for hybrids. This year, fuel consumption was measured by lap – and in order to keep the race close, Audi was punished at the last minute with a smaller fuel allowance.

One of the most interesting aspects of this year’s race was the return of Porsche to Le Mans. Porsche, Audi and Toyota made for an extremely competitive race. Porsche did remarkably well, but both 919 Hybrid prototypes eventually dropped out of the race due to technical problems with the powertrain. Just before the end of the race, the remaining driveable (but uncompetitive) 919 left the pits and joined the two leading Audis. Somewhat unfortunately, the pictures passing the finishing line show the Audis and a Porsche – but not the Toyota that actually finished third.

Le Mans requires the factory teams to fit their cars with hybrid powertrains – a somewhat disingenuous decision. Some observers argue that the cars could be faster and more efficient without the complex and heavy technology. Moreover, the soundtrack of those hybrids leaves much to be desired. The quest to be ‘politically correct’ detracts from the experience.

One of the best things about this year’s Le Mans race was the drive back home. Audi had brought three units of the limited-edition Audi R8 LMX to Le Mans – its 5.2-liter V10 has been tweaked to produce 570 horsepower. It comes with a number of visual enhancements inside and out, but the most fascinating element of this car is up front – the LMX is fitted with laser high-beam headlights. Compared to the regular R8’s LED high-beams, the laser lights have more than twice the range. They can truly turn the night into the day. Conservatively calibrated sensors make sure drivers won’t ‘neutralize’ other traffic. Once they sense traffic, the lasers are switched off – and they can’t be fired up manually.

I took one of the three LMX cars back to Germany, charging through the night on French country roads on Sunday evening, and spending Monday tearing up mountain passes in the Alsace. The R8 remains one of my favourite cars altogether, and my only gripe is that Audi has yanked the manual gearbox with its beautiful open-gate shifter from the V10 line-up.

Over the last few years, Audi has fought an amusing battle with BMW over which carmaker would be first to market with laser lights. As early as 2011, BMW went public with high-beam laser lights on its Vision Efficient Dynamics concept, which, eventually, morphed into the i8. The new lighting technology was meant to reassert leadership in an area where BMW had been lagging behind the competition.

At the CES show in Las Vegas this January, Audi R&D chief, Dr. Ulrich Hackenberg, surprised the automotive community by declaring that Audi “will be the first car brand to put laser lights into production.” Unfazed by Hackenberg’s statement, BMW said in February that the i8 “will be the first series production car with this innovative lighting technology.” A media workshop in early April reaffirmed their commitment. And, at the i8 launch in Los Angeles in late April, BMW engineers said that laser lights would be available from November onwards.

BMW seemed out-scooped, however, when Audi announced its R8 LMX on May 9 – for a market launch “in the summer.” Then, BMW tried to turn the table with the early delivery of the first eight i8 vehicles in early June – fitted with laser lights. But wait, that option won’t be offered to regular customers before the fall of 2014. At present, it cannot be ordered yet. A BMW spokesperson said that a price would be communicated in the fall. And the 8 initial customers? They get their laser lights for free. Audi, on the other hand, will deliver the first unit of its R8 LMX in the last week of July. The 99 remaining units of this limited-edition car will be delivered to customers subsequently.

Tesla’s eccentric founder, billionaire Elon Musk, seems to be undergoing a personality change. Previously known for a somewhat haughty attitude, he is suddenly courting other carmakers in an effort to make them join the EV bandwagon. First, he suggested that his charging network – obnoxiously called ‘superchargers’ – could be opened for vehicles besides Tesla. Then, Tesla executives met with their counterparts at BMW to discuss the future of electrics – and I couldn’t help but remember that he went on the record less than two years ago with this observation: “Go and look at the bright moulding on a BMW, or something, and you’re like, that sucks.” The latest is his announcement to open up all patents to other carmakers, because “we can’t build enough electrics to solve the carbon issue.” It’ll be interesting to watch the industry’s reaction.