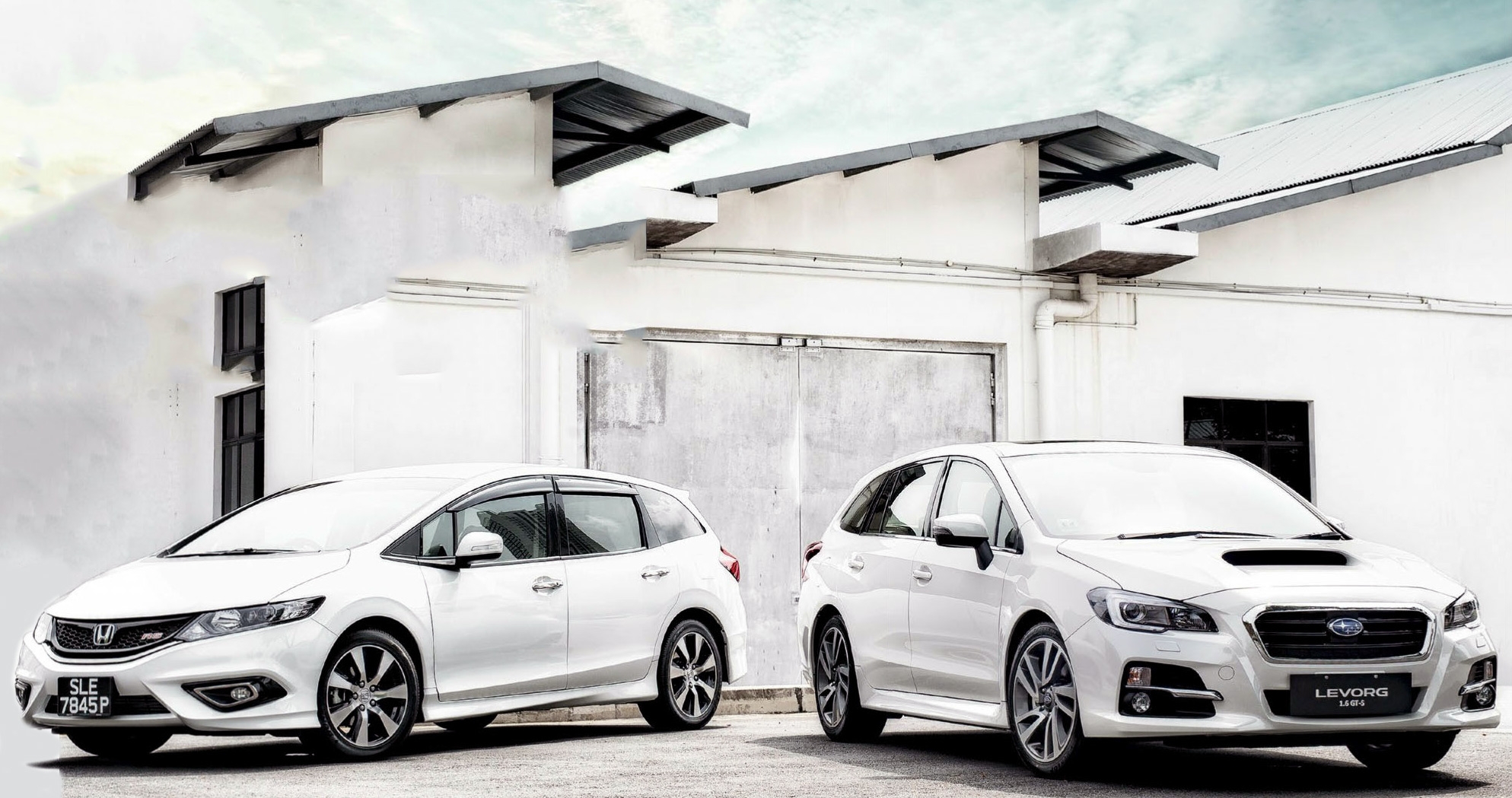 Being a parent means greater responsibilities and endless children’s activities. And if you’re a parent with pessimistic friends, you’ve undoubtedly been told numerous horror stories about how your life is going to become unbelievably dull once you start having kids.

For instance, those friends have probably mentioned that your sex life is going to become non-existent, and that the concept of having time for yourself will remain just that – a concept.

If you happen to be a petrolhead, you’ve probably been told something even more horrifying – that you should do the “right thing” by trading in your coupe/convertible/saloon for a family-friendly MPV (multipurpose vehicle).

Now, MPVs are definitely more practical when it comes to ferrying families. Getting your kids in and out of their child seats, for instance, is easier in an MPV than in a saloon, since an MPV’s seats are higher. To enthusiasts, however, an MPV is an unpalatable option. If you’re a petrolhead who thinks that family movers are boring, then the two contenders on these pages will surely change your mind.

In one corner, we have the unique Honda Jade RS. Although it looks like an estate, it actually doubles as a six-seater MPV. If that sounds confusing, then you should think of the Jade as a station wagon first, and an MPV second (or vice versa).

In the other corner, we have the Subaru Levorg GT-S, a conventional station wagon. But as evidenced by its racy bonnet scoop and sexy twin tailpipes, there’s nothing ordinary about the Levorg’s character. Behind the wheel, it is the Jade that feels more high-tech and minimalist, with a cockpit design that features an all-digital instrument panel and a cleaner layout with few buttons.

The Levorg’s cockpit looks ordinary, but it is the one which keen drivers will appreciate more. Its chunkier steering wheel has a more positive grip than the Jade’s, while the front seats offer greater lateral support during enthusiastic manoeuvres.

The Levorg is also equipped with an electric parking brake, which is more convenient than the Jade’s foot-operated one. When it comes to backseat accommodation, passengers will prefer the Jade’s second row to the Levorg’s rear bench. Occupants in the Honda will be cooler and more comfortable thanks to its cushier seats and rear air-con vents, which the Subaru doesn’t have.

Further improving comfort is the fact that the Jade’s seats can be slid forwards and backwards in a V-pattern to vary the legroom. However, the Jade’s second row only seats two, whereas the Levorg’s backseat accommodates three.

But in terms of outright flexibility, the Jade edges out its rival. Thanks to the third pair of seats that can be folded flat, the Jade can be configured for use as an estate or MPV. While the Jade appeals to pragmatic buyers, it’s the Levorg that raises the heart rates of petrolhead parents.

Floor the accelerator pedal and the Levorg will hit 100km/h in 8.9 seconds – more than half a second quicker than the Jade.

The Levorg’s sportier disposition actually rewards the more aggressive driver. It responds to lead-footed pilots and thrives on revs. This is a station wagon that enjoys being thrashed. If your brood consists of little petrolheads, they’re going to love school runs.

Equipped with all-wheel-drive, the Levorg doesn’t mind being thrown into corners. However, you’ll need strong arms to really push the car hard, as the steering is heavier than expected.

The Jade, on the other hand, rewards the opposite approach. If you’re more patient and have smoother inputs, the Jade responds in a wonderfully progressive and refined manner. But when a quicker turn of speed is required, the Jade will eagerly accept the task. Like the Levorg, the Jade also has a pair of paddleshifters and a manual override function that helps drivers exploit the engine’s powerband.

It’s tough having to choose between these two well-made Japanese estates.

With its muscular performance and more driver-focussed cockpit, the Levorg is a compelling proposition to petrolheads.

However, the Jade is even more enticing than the Levorg, because you only have to give up a bit of driving excitement to gain greater versatility and practicality.

Yes, being a parent means there’s less time for yourself, and perhaps even less time for intimacy with your spouse. Yet, in either of these white-hot family movers, your motoring life is going to be anything but dull.

THE JADE APPEALS TO PRAGMATIC BUYERS, WHILE THE LEVORG RAISES THE HEART RATES OF PETROLHEAD PARENTS.

Though conventional, the Levorg’s cockpit has better overall visibility and more supportive seats than the Jade’s.

POWER TO WEIGHT 109.6bhp per tonne

POWER TO WEIGHT 99.1bhp per tonne

Levorg’s flat-4 (far left) is smoother and more powerful than the Jade’s inline-4.