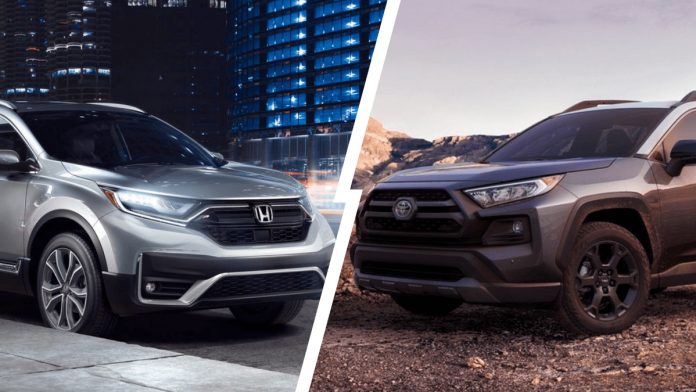 The Toyota RAV4 and Honda CR-V have been two of the best-selling SUVs in the United States for many years now, and both of them seem to be highly reputable. On paper, they appear to offer similar performance, comfort, practicality, and reliability at a fairly similar price. But, which one of them should you choose if you are in the market for compact crossover SUVs?

We are here comparing both of them in the areas that matter most to buyers in this segment, hoping to guide them to make the right purchase decision.

In truth, the starter price of both SUVs is slightly on the higher side. The Honda CR-V has the slight advantage of the lower base price with the LX, which starts from $25,350. Meanwhile, the Toyota RAV4 LE starts from $26,150. Although the RAV4 is available in more trims, the top-of-the-range model of the RAV4 and CR-V are similarly priced at $37,180 and $36,350, respectively.

For the maximum value, we would recommend getting the Toyota RAV4 in XLE Hybrid and the Honda CR-V in Hybrid EX. 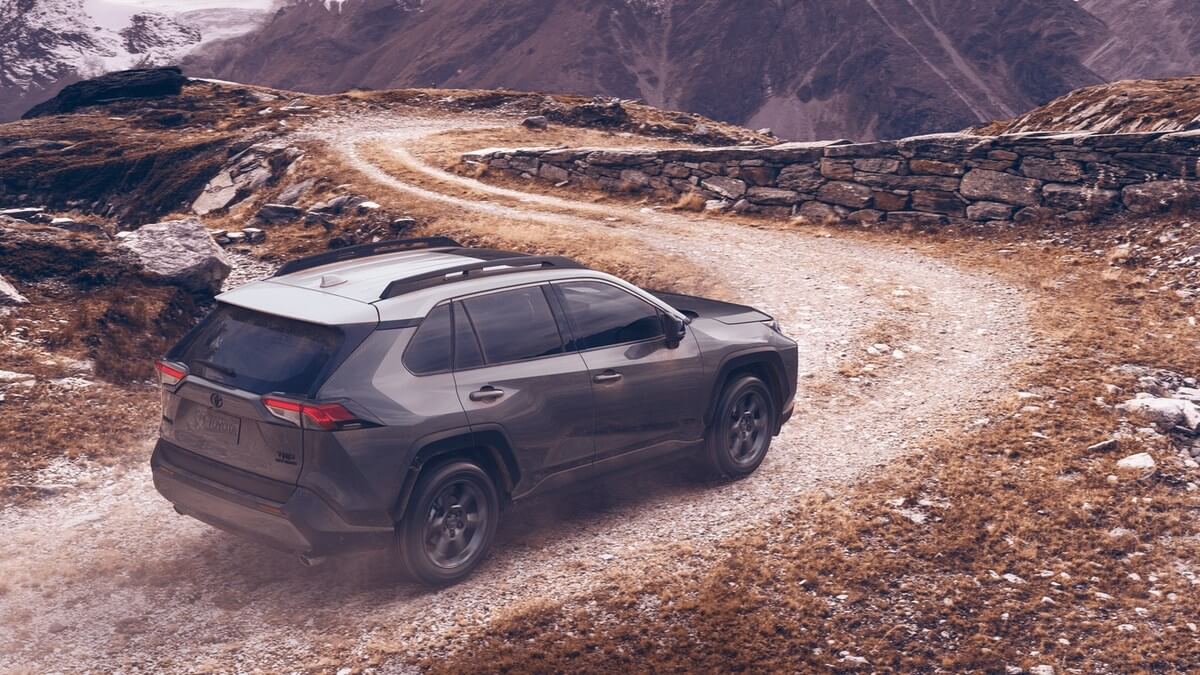 There are two powertrains offered in both of the SUVs. The Honda CR-V equipped its non-hybrid variants with a small 1.5-liter 4-cylinder turbocharged engine, producing 190 hp and 179 lb-ft of torque. Meanwhile, the CR-V Hybrid gets a more powerful 2.0-liter 4-cylinder turbocharged unit paired to an electric motor, producing 212 hp. Accelerating from 0-60 mph takes a decent 7.5 seconds.

On the other hand, the Toyota RAV4 offers its non-hybrid variants with a larger 2.5-liter 4-cylinder naturally-aspirated engine, producing a higher 203 hp and 184 lb-ft of torque. Furthermore, the RAV4 Hybrid uses the same 2.5-liter unit but paired to an electric motor, producing a combined power output of 219 hp. As a result, 0-60 mph takes 7.4 seconds, a smidge quicker than the CR-V.

However, the RAV4 is also available with an even quicker plug-in hybrid powertrain. The RAV4 Prime packs 302 HP and makes the 0-60 dash in brisk 5.6 seconds. Hence, if you are into performance, the RAV4, and especially the Prime version, is the SUV to go for.

However, the RAV4 Prime is again the clear winner when it comes to efficiency. Thanks to its 18.3-kWh battery, the plug-in version can travel 42 miles using electricity alone, the highest of any PHEV SUV thus far. When the battery depletes, the RAV4 Prime has a 36MPG/city and 40MPG/highway EPA rating.

Overall, the Toyota RAV4 is still more economical than the Honda CR-V, even by a very small margin. Yet, this should not be a huge factor in your purchase decision. 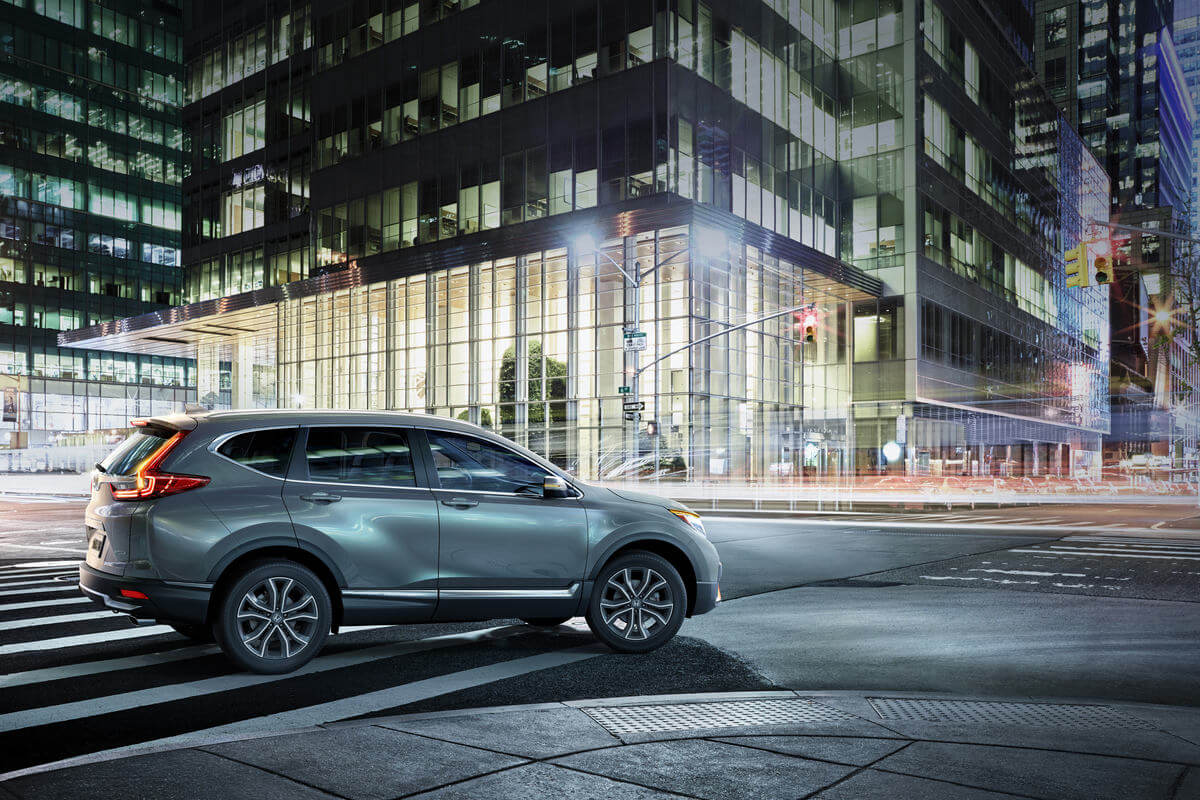 Passenger space is largely adequate in both SUVs. However, the Honda CR-V has the advantage here over the RAV4, with 106 cubic feet of total passenger volume on the non-hybrid variants and 103 cubic feet on the hybrids. The CR-V is also famous for its class-leading rear knee room.

Meanwhile, the Toyota RAV4’s passenger space is slightly lower at 99 cubic feet on both its hybrid and non-hybrid variants. Still, not bad in any way.

Both of their rear seats are also foldable to create a flat load bay, but the CR-V would still be superior to the RAV4, at 75.8 cubic feet versus 69.8 cubic feet.

If you wonder why Toyota RAV4 has a higher entry-level price over the Honda CR-V, it might be due to the RAV4 has more invested goodies inside. As standard, the RAV4 comes with a 7.0-inch infotainment system with Apple CarPlay, Android Auto, and 4G Wi-Fi hotspot, whereas these features are a paid option on the CR-V.

Nonetheless, the CR-V has more soft-touch materials on most of the areas you often would touch, while you’ll find more hard plastics on the RAV4. This makes the CR-V’s interior quality feel like a step up from its actual price.

Both SUVs are very supportive in accommodating five people with no issue. However, if you seek comfort, the Honda CR-V takes the throne over the Toyota RAV4 with its more comfortable seats and slightly softer tuned suspension. Still, the RAV4 is not a loser as it drives decently. As a trade-off to the less comfort, the RAV4 is a more capable off-roader with its taller ground clearance.

In general, the Honda CR-V is the one you want to go with for long-distance cruising.

However, the Toyota RAV4 is just a touch finer with 8 airbags instead of just 6 in the Honda CR-V.

Both the Toyota RAV4 and Honda CR-V offer a 3-year/36,000-mile limited warranty and a 5-year/60,000-mile powertrain warranty. 24-hour roadside assistance is also available on both, with the RAV4’s valid for 2 years/unlimited mileage and the CR-V’s valid for as long as the limited warranty has not yet expired.

However, the RAV4 has a slight advantage of providing complimentary maintenance for the first 2 years/25,000 miles of ownership.

And the Winner Is…

On a final note, comparing the Toyota RAV4 and Honda CR-V is like comparing an apple to another similar apple, with each having its quirks and features but still fairly alike.

In terms of the one you shall choose, it is all back to your priority. If you prioritize engine performance, more airbags, better warranty, and better fuel economy, the 2021 Toyota RAV4 is a perfect crossover for you.

However, if you prioritize comfort, large interior and cargo space, better range, and better pricing scheme, pick the 2021 Honda CR-V.