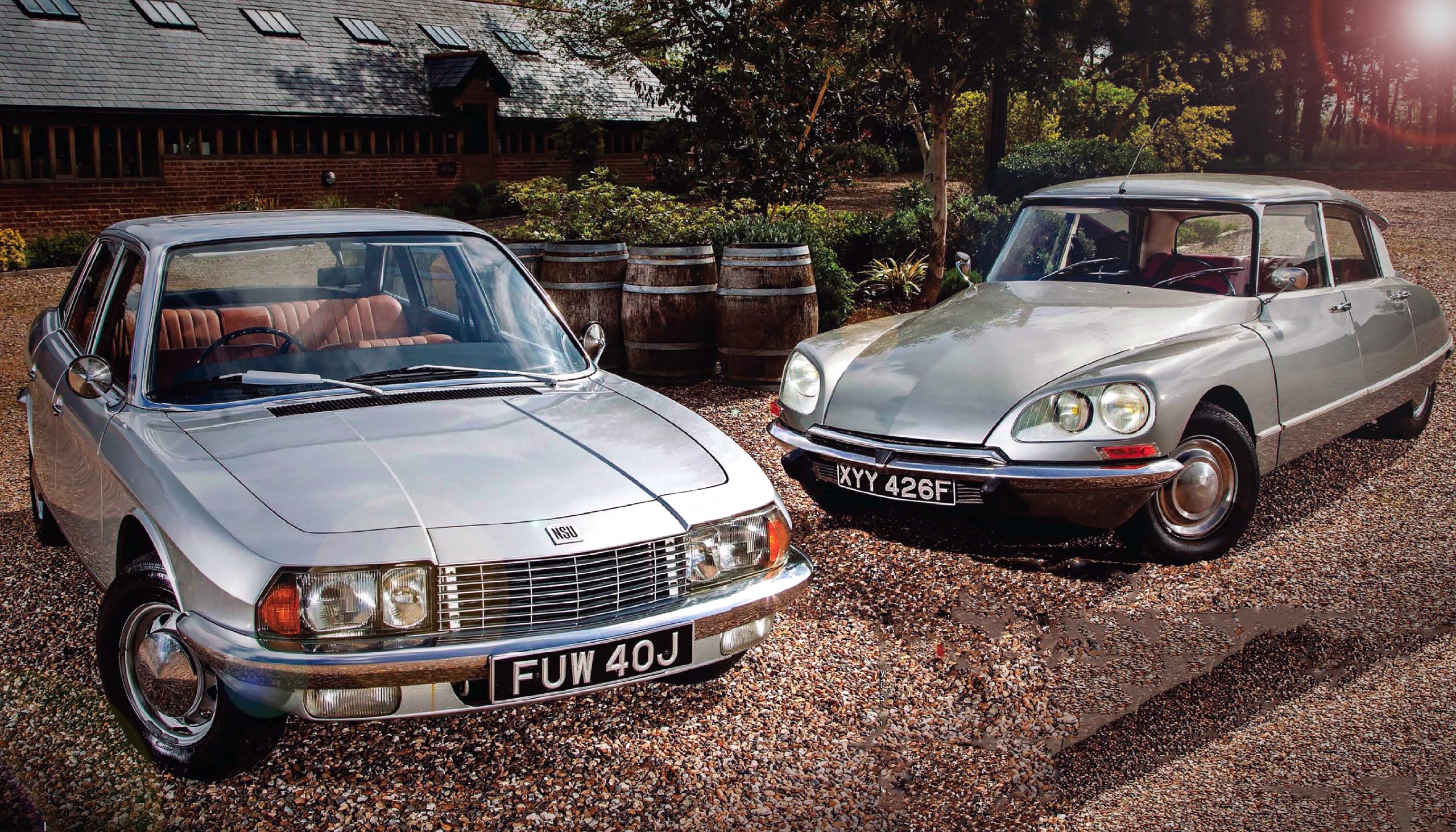 Group tests – Citroen ID19 Luxe vs NSU Ro80. FWD andfabulous. These continentals redefined the formula for a mid-sized motor. Three-box styling and RWD was out, to be replaced by mechanical innovation and slippery bodywork. When you sit behind the wheel of a NSU Ro80, it’s impossible to imagine that you’re about to drive a car launched in 1967. A few, very minor, details such as the instrument layout, the thin-rimmed steering wheel and vibrantly orange upholstery hint at the age of the NSU, but the overall impression is of executive transport belonging to the latter half of the 1970s, or even the 1980s. To put the Ro80 into a historic automotive context, it debuted at a time when the Mercedes-Benz 200 ‘Fintail’ and Morris Oxford Series IV were still in production and in fact there could be only one real rival to the NSU – the Citroen DS. These are two cars that truly redefined not just motoring for the middle classes, but automotive design per se. 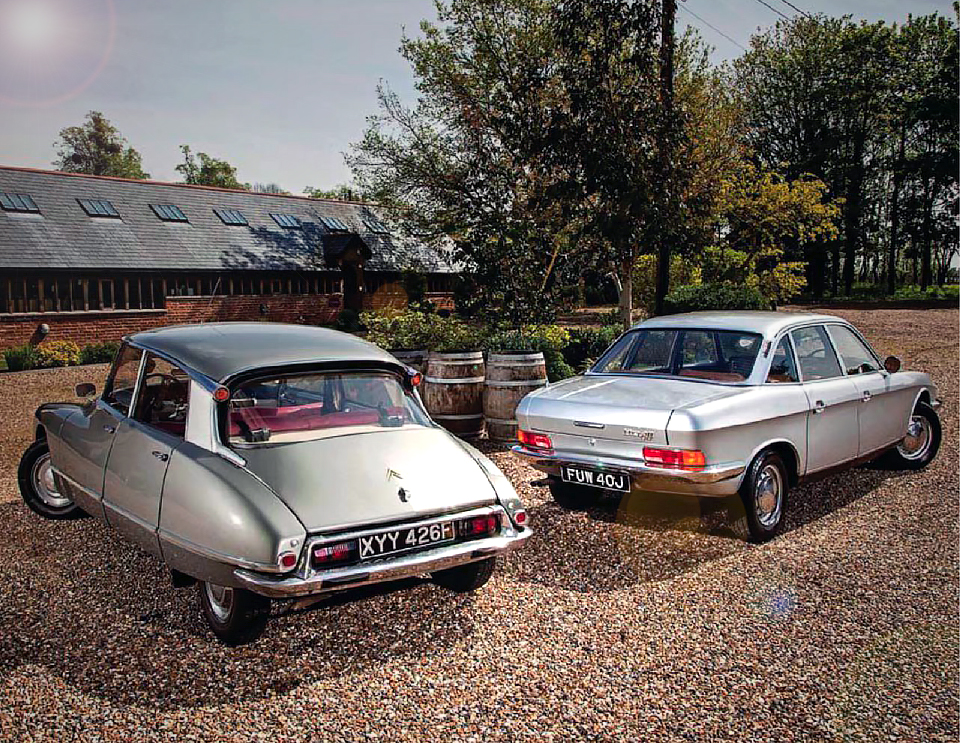 The term ‘icon’ is often overused by the classic car press, but the Citroen DS is one car that truly deserves to be so-billed. After twelve years in production, the range received a major facelift, with the exposed headlamps being replaced by faired in units and, as if this was not suave enough, the inner units of the more expensive models were connected to the steering, decades ahead of Vauhall. In British suburbia of 1967, the very idea of a car that could ‘see around corners’ was almost as outrageous as Pink Floyd’s Syd Barratt staging a one-man concert in your front room. 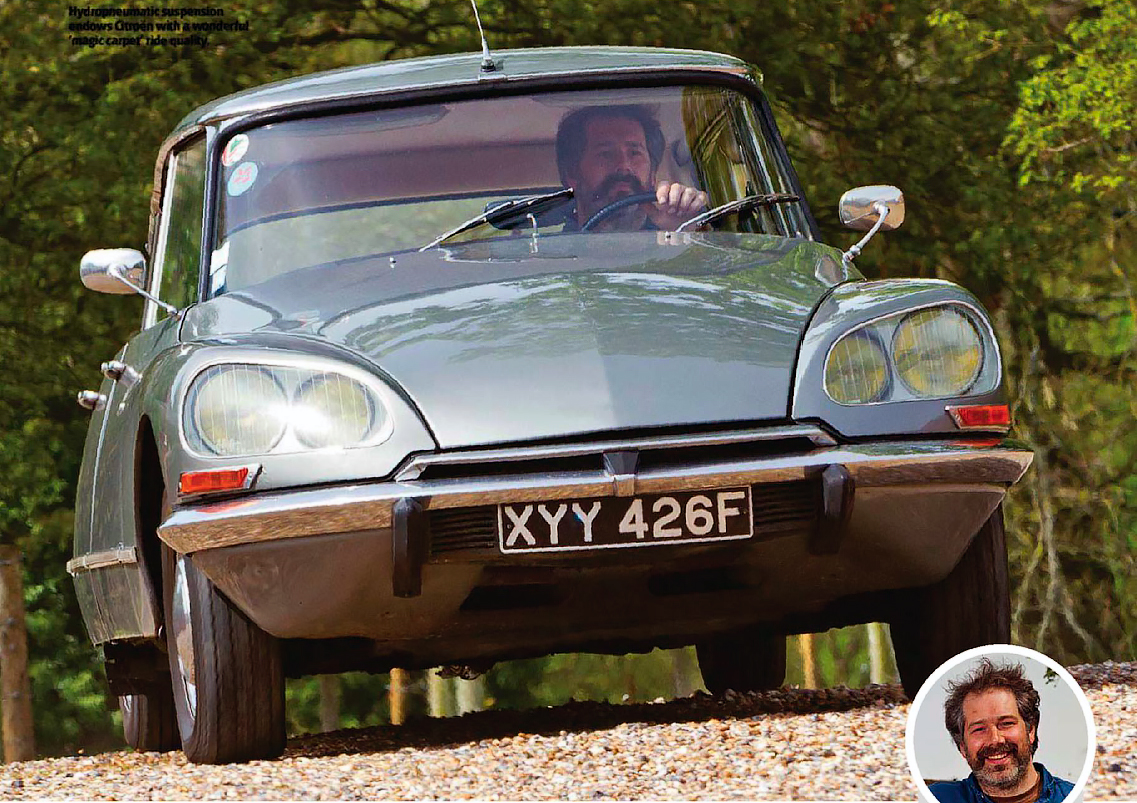 As a child, Jamie saw the Citroen promotional film for the DS swivelling headlamps, which so inspired him that in 2000 he became involved with the DS Workshop. Fourteen years later, Jamie observes that the main appeal of the big Citroen is it’s “modernity – what other car designed in the 1950s can be used on the motorway and keep up with current traffic?” He advises that anyone who wants one of these amazing cars “do their research” and be prepared for receiving “attention at petrol stations – especially people saying ‘don’t see many of these anymore!’” 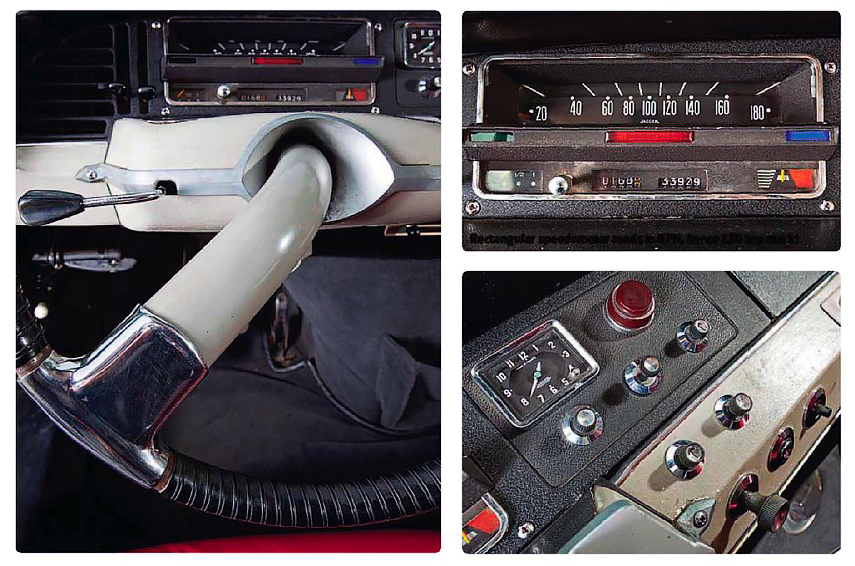 Essential checks – Fluid leaks – the car should rise up to ride height in less than thirty seconds from cold; stiff steering might indicate rack problems and a poor ride might denote a need for new suspension spheres. 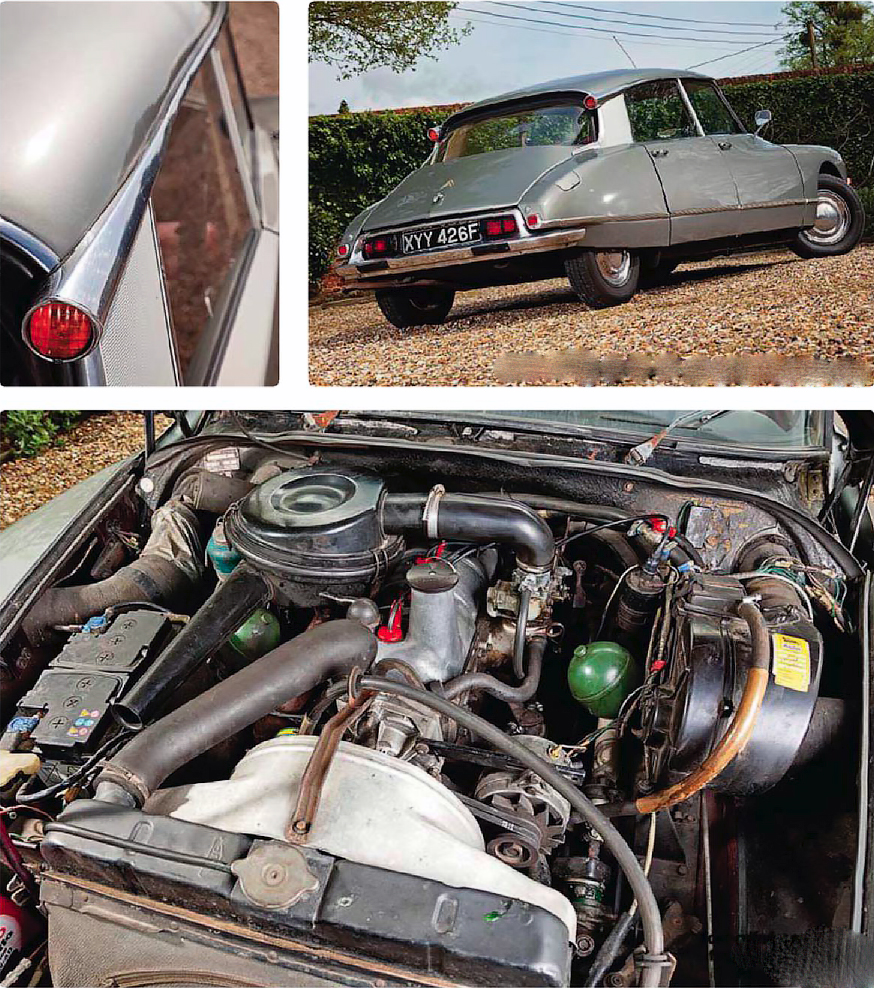 Our 1968 test Citroen is to ID19 Luxe specification, which in effect means a combination of a four- speed manual gearbox with power-assisted steering/brakes and a practical, but still decadently comfortable, cabin. And, no matter how familiar you think you are with the D-range, the sensation of sinking into the driver’s seat, firing up the ‘Big Four’ engine and waiting for the suspension to rise never fails to convey one important fact – this really is a truly individual motor car.

However, this is not to infer that the Citroen is an unforgiving machine, for it is an utter delight to pilot. For those of us with un-fond memories of steering column gear changes – the Ford Zephyr 6 Mklll box is a particular bete noire of mine – the ID will instantly convert you, as the lever smoothly planes from second to third. The ratios were extremely well chosen and although the DS was never available with a six-cylinder engine, the powerplant doesn’t sound unrefined in comparison with the likes of an Austin 3-Litre. The brakes on our ID were incredibly responsive, needing only the lightest of touches, and what is a very substantial car by European standards can be thrown into corners with the ease of a Mini Cooper. And, unlike the BMC car, the Citroen allows you to see round them too.

When you add to the ID19’s dynamic abilities its practicality – there is a vast amount of head and legroom for five very tall adults plus a substantial boot – then it is clear that few cars could hope to come close to its charms. True, it has a few idiosyncrasies – changes from second to non-synchromesh first should only be effected when the car is stationary, while the handbrake is literally unreachable when wearing a seatbelt – but in the late 1960s, there was only one genuine competitor to the ID/DS, one that was unveiled at the 1967 Frankfurt Motor Show.

When looking at our test NSU, you see one of the finest examples of minimalist car styling in automotive history. Claus Luthe’s lines make the Ro80 seem decades ahead of its time and the detailing is nothing short of exquisite. The swage line subtly provides visual relief to the substantial coachwork and the original hubcaps are far more in keeping with the NSU’s appeal than the optional alloy wheels; this is not a car that needs extra decoration.

The Ro80 was NSU’s first executive offering and, not content with producing a FWD car with inboard disc brakes, a body with a Cd 0.355 drag coefficient and a three-speed Saxomat semi-automatic transmission, the Ro80 was powered by a rotary engine. In 1963 NSU had fitted a single rotor version of the Wankel unit to the Spider – the twin rotors of the Ro80 gave a car with an engine of less than 1000cc, but a top speed of around 112mph.

The Ro80 was crowned European Car of the Year in 1968, but within a few years, one major problem became apparent. The big NSU was intended to be a soberly driven, autobahn cruiser, but the Wankel engine was so responsive that too many motorists were tempted to over-rev the engine, resulting in appalling problems with the apex seals to the rotors. In 1971 NSU fitted a warning buzzer but, despite

subsequent improvements to the motor, and an incredibly generous engine replacement scheme, the reputation of the Ro80 was almost irrevocably damaged. Production continued until 1977 – two years after the demise of the DS – but by March 1969, NSU had merged with Audi. By the end of the decade, not a few British market models had been retro fitted with the Ford Corsair V4 unit – a move about as sensitive as playing the washboard in the middle of Tubular Bells.

Fortunately this particular NSU is rotary powered and – to those of us who are used to the world of big British barges – the engine note is a real culture shock. Instead of the rumble of a venerable ‘Big Six’ the Ro80 makes brisk, but never intrusive, whirring sounds that give the entirely false impression that there could never be sufficient power for such a large car. There is room for the driver and four passengers to stretch out and take their ease inside the airy cabin as they view the world through vast tinted windows and, once underway, the Ro80 is charm itself to pilot. The semi-automatic gearbox is controlled by a precise floor lever, the steering has slightly more feel than the Citroen, while remaining extremely light, and there can be few executive cars devised in the mid-1960s that one could seriously consider as both town and long distance transport in 2014.

Perhaps the real tragedy for NSU was that, if the Ro80 was literally ahead of its time, so was its launch date. A debut in 1969 might well have allowed the company to affect vital changes to the engine, but their investment in the Ro80 was so substantial that this was virtually impossible. Today, as with the Citroen, the NSU offers the classic enthusiast the opportunity to break with convention.

Thanks to – All at Stanlake Park Wine Estate. stanlakepark.com

The Ro80’s engine note is a culture shock to those more used to six-cylinder, British barges. 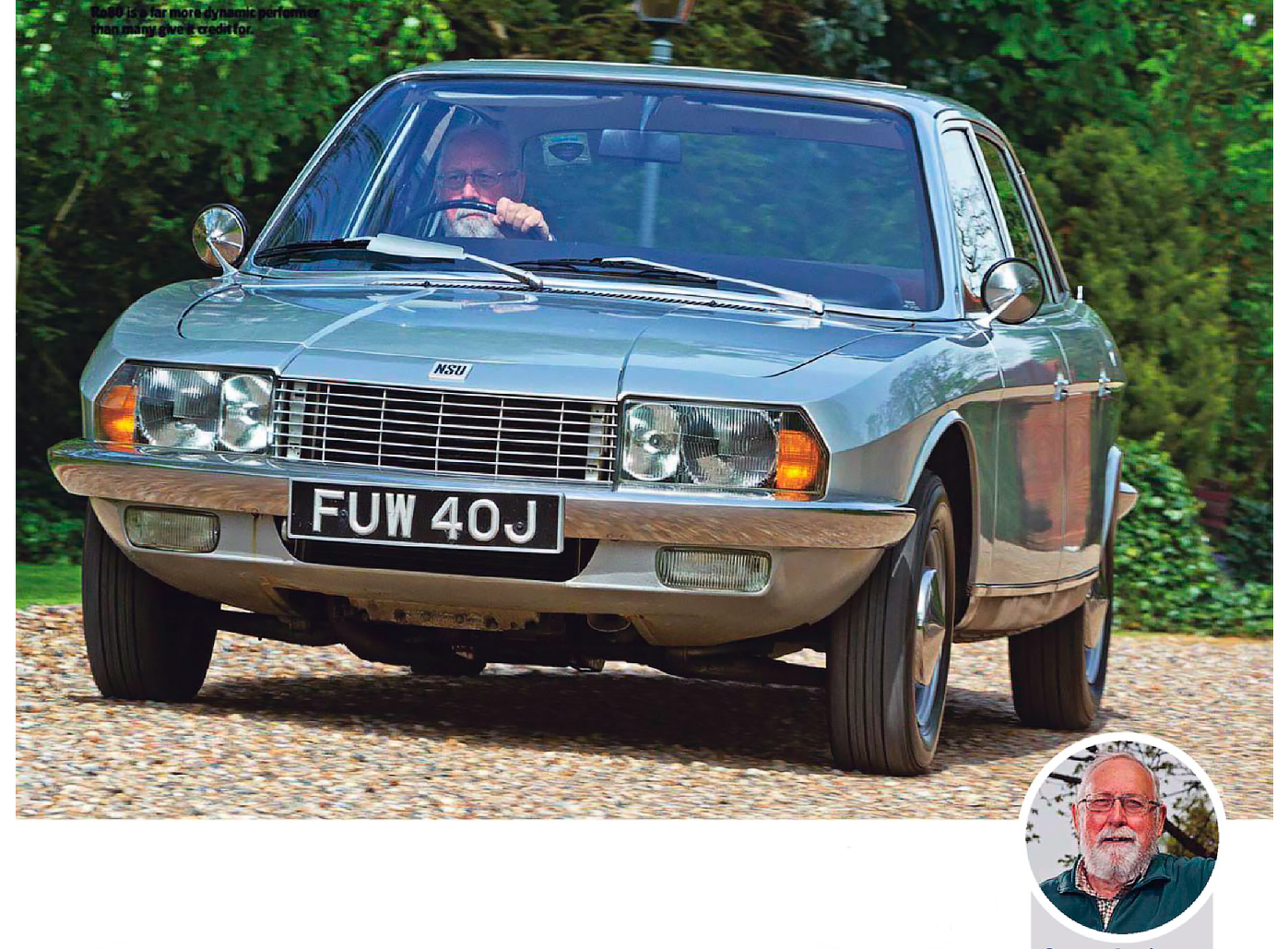 Ro80 is a far more dynamic performer than many give it credit for.

In 1967, a young Gordon test drove a Ro80, which made such an impression on him that in 2010 he bought his silver NSU – “It was in quite reasonable condition, but the sunroof had been treated with hydroscopic glue, which caused the trim to rot.” Today Gordon is the chairman of the NSU Owners’ Club and finds his NSU “so modern to drive” on the occasions it takes a trip. Indeed, Gordon finds that whilst a few motorists ask him “if it still has the original engine, the Ro80 does not receive much attention because it does not look ‘old’.”

That a manual transmission was trialled by NSU but was deemed to be too rough?

Worthy upgrades – Fitting the Mazda RX7 unit is an option, installing rear fog lamps and a fan for the heating/ventilation system.

Essential checks – That the engine has been correctly maintained (this is vital), that the optional sunroof is not leaking and that the sills are in good condition. 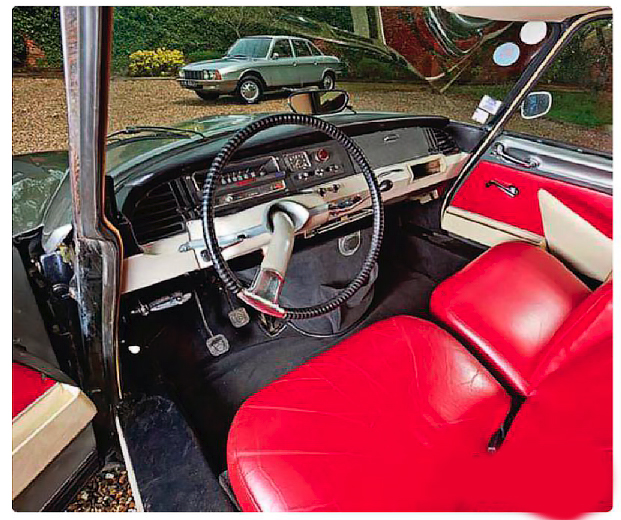 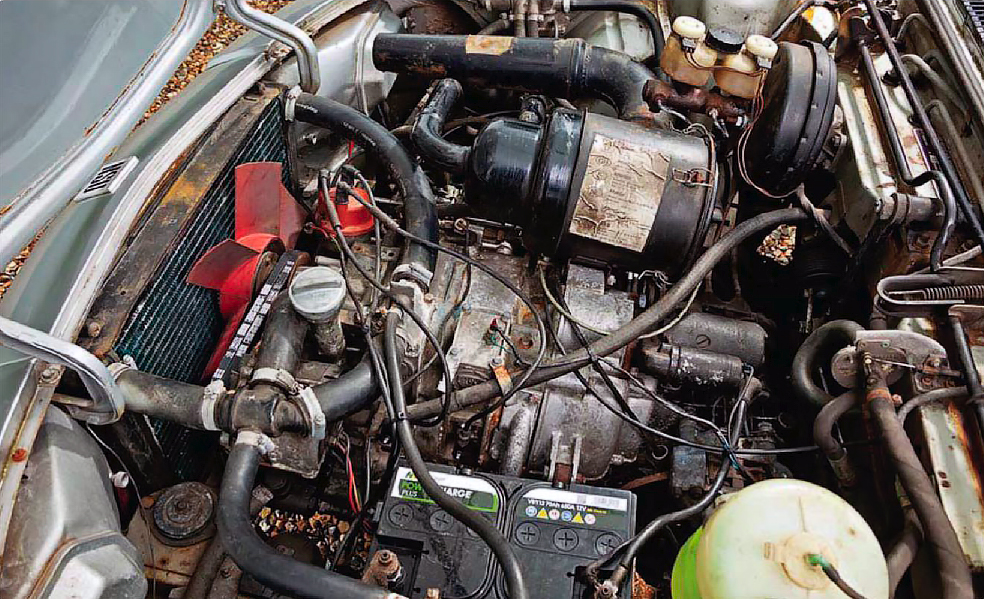 Wankel rotary engine was a design phenomenon that never quite caught on with the general public. 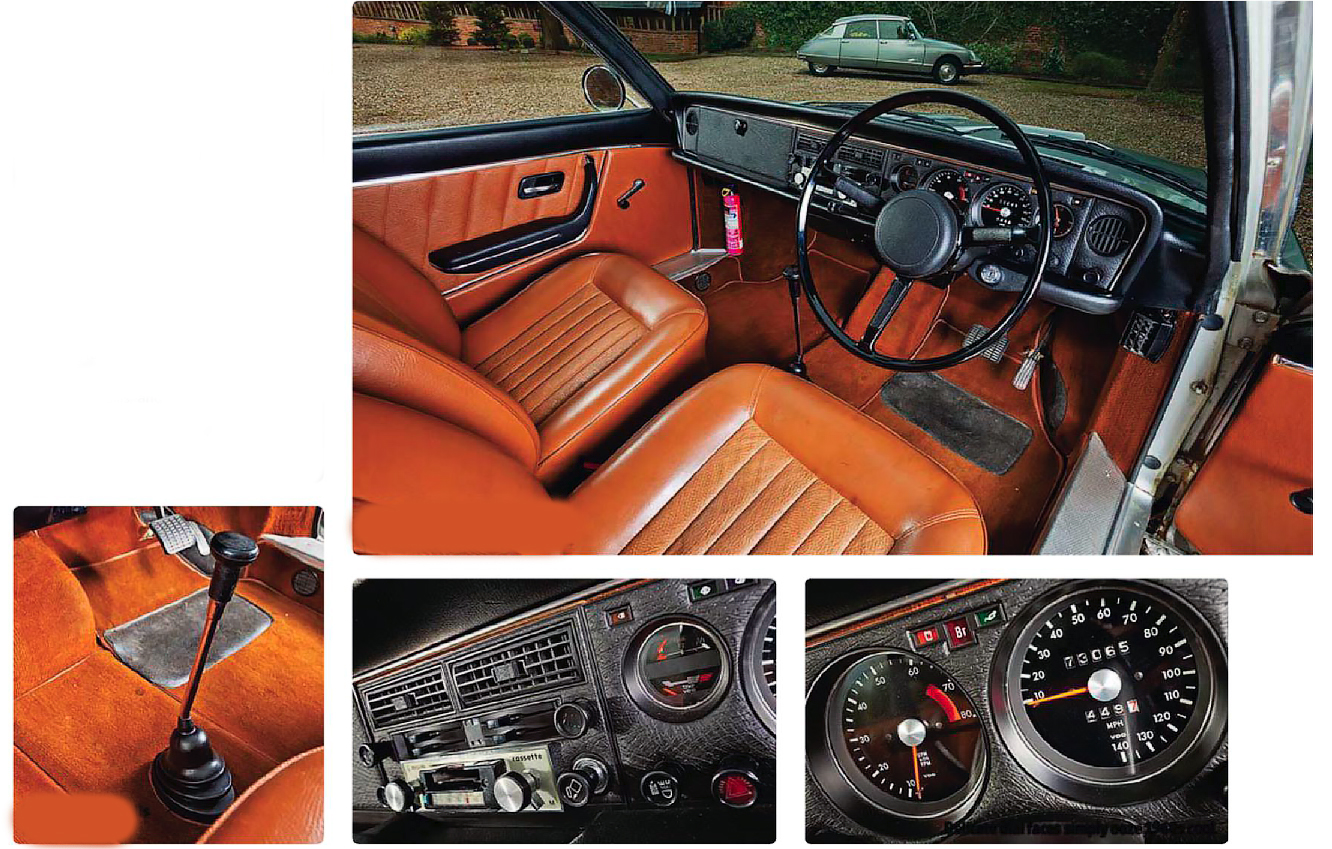 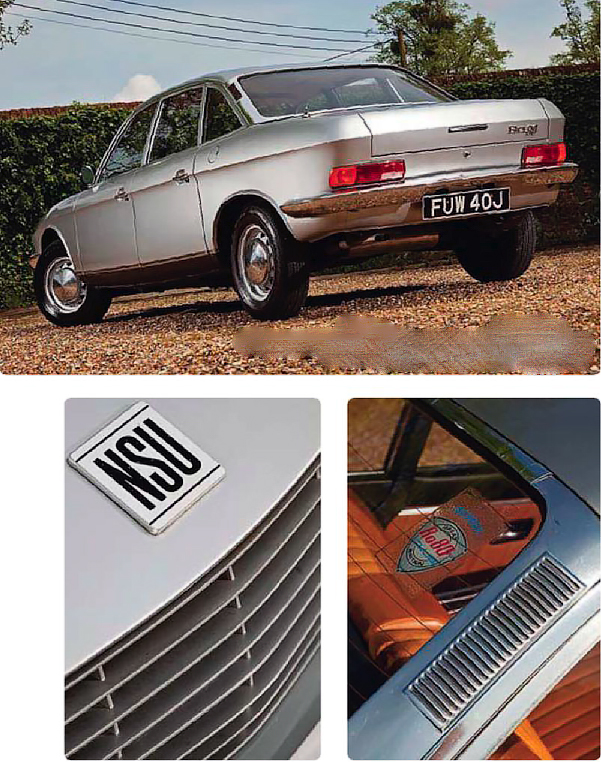 Rear three-quarter is arguably the most attractive angle of NSU Ro80.

As is often the case, the scores are equal, but this belies the very special and individual appeal of each car. If the overall deciding factor is a car I could envisage using regularly, then the Citroen has the slight edge, partially for my love of 1960s French cinema, but mainly for the slightly ironic reason that its engine is far more conventional than that of the NSU. However, in an ideal world I would still reserve the option to have the NSU Ro80 for weekend cruising, the twin rotors whirring contentedly as one of Europe’s finest cars sped along the M27.

Both cars offer the classic enthusiast an opportunity to break with convention.