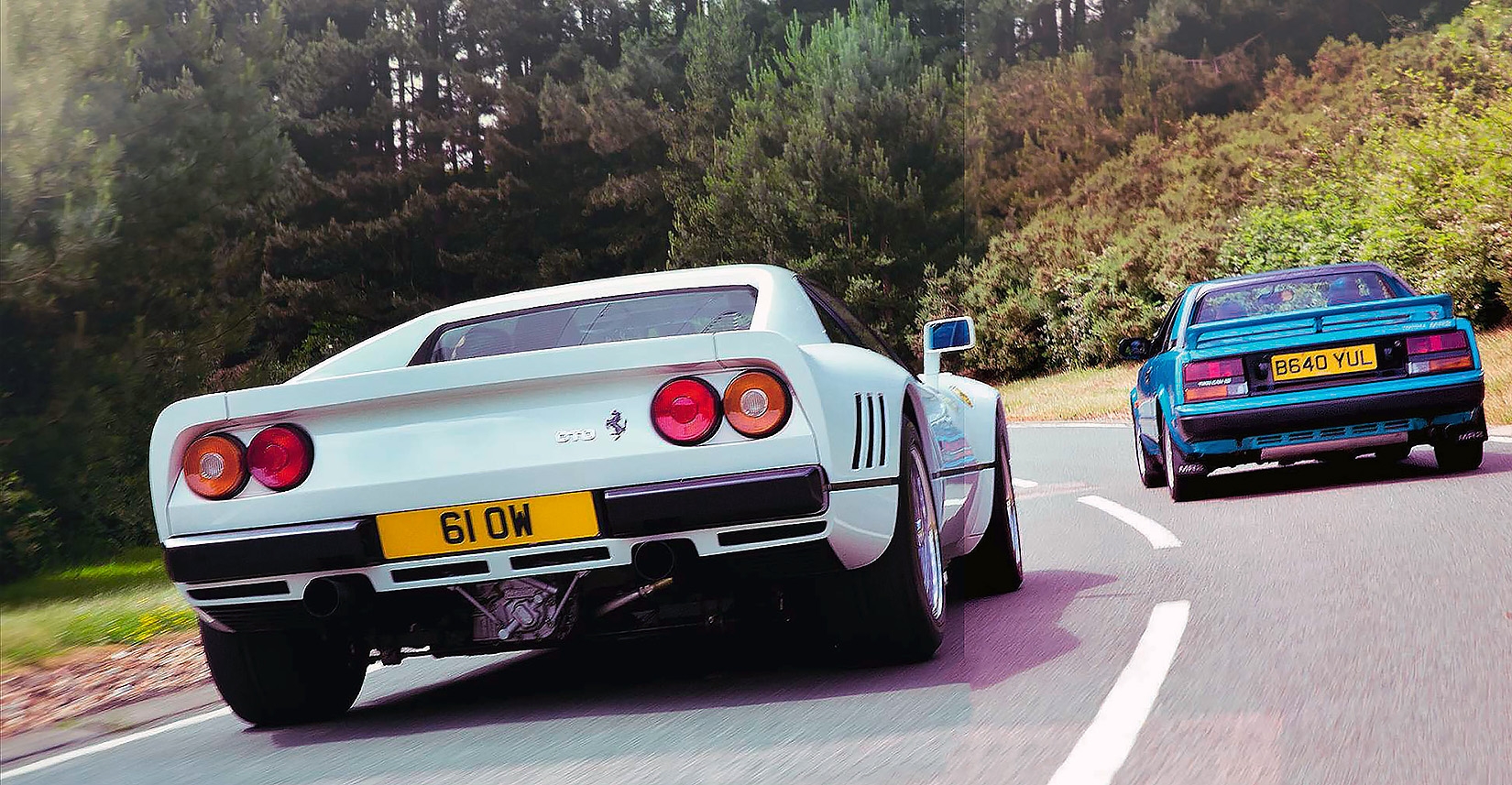 Ferrari 288 GTO 1984 Test-Drive. It’s odd to think that one of 1984’s most advanced cars also looked so familiar, but Ferrari had been threatening a heavily modified ‘super-308’ ever since the GTB debuted a decade earlier. A Group 4 rally prototype, the GTB/4, had been spied lapping Fiorano in 1976 before disappearing without trace, and Pininfarina followed it up a year later at the Geneva Autoshow with the wind-tunnel-honed Millechiodi (‘1000 rivets’) prototype, sporting the voluptuous wings, deep front air dam, abrupt tail spoiler and stark, race-ready interior the GTO would later make its own. In the end, it fell to Michelotto of Padova – with Enzo Ferrari’s blessing – to prepare 20 lightweight Group 4-homologated 308 GTBs for Charles Pozzi’s Ferrari France operation to rally.

However, Ferrari wanted to diversify from Formula One and sports-racing. By 1984 Group B rallying was two years old and hugely popular – it seemed a new era of road-racing recalling the glory days of the Targa Florio and Mille Miglia had dawned. With talk of the formula being applied to a wider range of events and the Michelotto 308s rendered obsolete by rival Abarth’s Lancia 037, the Scuderia owed it to itself to return. The 288 GTO was the result.

It intimidates at first with its extended rear deck, 60mm longer than a 308 GTB’s, covering the twin-turbo V8. Close-up, it has the proportions of an exotic insect carrying deadly venom in its abdomen. Don’t provoke me. I will sting. You’ll regret it.

But for all the bravado it’s strangely benign on the road. With its huge tyres – 225/50 VR16s at the front, 255/50 VR16s rear – it feels planted, if a little heavy through its unassisted steering rack. Keep below 3000rpm and it feels like an over-tyred 308 laden with heavy luggage, rather than the skittish lightweight Italian sports- special it threatened to be before it was fired up.

Keep the revs low, short-shifting through the firm, widely spaced gate and the GTO even does a good impression of a grand tourer, a sense reinforced by its efficient air-conditioning and interior finished in a combination of hard-wearing leather and businesslike alcantara. No exposed wires or flimsy switchgear here.

Bury the throttle, leaving it in second or third, and the gravelly exhaust note tightens into a robotic scream past 3500rpm all the way to the 7000rpm redline. Maximum power is delivered a full 3200rpm higher than maximum torque. As I indulge the turbos, my finger muscles strain as I cling to the steering wheel and the GTO gathers pace with eyeball-flattening violence. Even with left-hand drive, overtaking isn’t much of an issue. It’s so fast you can exploit gaps in traffic that leave hot-hatch drivers breathless.

Those massive tyres summon grip that inspires confidence in fast sweepers, but sadly they prove to be the car’s undoing. In tighter corners their width dulls helm responses; and rather than the tactile crackle of information you get through the wheel rim of a 328 or even a Testarossa, there’s just brute force and bump steer. The brakes, too, bite abruptly.

Numberplate does Irony: 288 scorches to 60mph in sub-5sec

Well-finished cabin has something of the grand tourer about It

Turbo boost has you hanging on for dear life

2.9 V8 was a Ferrari Lancia Collaboration

Still, this is the price that must be paid for harnessing 189mph performance. It’s braced for hard impact with the world’s rally stages, a tightly coiled spring of potential energy that was never unleashed. It’s such a pity that with Group B’s abrupt cancellation in 1986 we never got to see Maranello’s predicted showdown with the Porsche 959 in the 4000cc equivalence’ Group B category.

However, it could be argued that the 288 GTO isn’t actually a ‘pure’ Ferrari, in the way that the 037 wasn’t a ‘real’ Lancia but rather a Fiat-Abarth Group B project to replace the 131 Mirafiori. There’s a clue in the form of the Lancia logo on the GTO’s ignition key. The 2.9-litre engine wasn’t shared with any previous Ferrari road car, but the Lancia LC2 sports-racer, the product of engineers Cesare Fiorio and Gianni Tonti, the architects of another Lancia- Ferrari project that straddled stage and track: Stratos.

So perhaps it’s wrong to see the 288 GTO as the progenitor of the F1-derived F50 and Enzo. Rather, it’s one of an occasional lineage of cars from a grey area of co-operation between Ferrari and Lancia. Rather than suffering comparisons with the illustrious 250 GTO, the 288 should perhaps be seen as another product of the 1956 deal that saw Ferrari absorbing the ailing Scuderia Lancia.

The 288 GTO was never able to prove itself, as competition variants weren’t ready by the time Group B was canned. But given that Group B was driven by ever-faster acceleration and breakneck technical development, even though it never turned a wheel in anger the 288 GTO represents the zenith of that Eighties breed.

‘It’s braced for hard impact with rally stages, a tightly coiled spring of potential energy that was never unleashed’

Ian looks after this 288, and maintains that for a million-pound supercar they’re not as threatening a prospect as some rivals. They’re pretty bombproof, tend not to cover high mileages anyway, and the brakes and suspension are tough and easy to fix.

‘Like F40s, they can suffer from the internal release bearing on the bellhousing corroding, which can allow clutch fluid to leak, and if there’s smoke from the exhausts, chances are it’s the turbo seals blowing – its small turbochargers reach full pressure quickly.

’But compared to cars with ceramic brakes and suchlike, they’re cheap to maintain – no more expensive than a 308 GTB, really. There’s even a hatch to access the cambelt and an extra oil rail in the engine block to aid cooling.’