McLaren GT Two steps forward, one step back. Whatever happened to the GT? That’s GT as in glorious and fast touring coupes like the original Ferrari GTO, which served as inspiration for McLaren’s latest sports car.

In a previous life, GTs used to be sleek and slick 2+2s with plenty of space in the back for two little horrors but definitely not enough room for their grandparents. A classic GT typically had its engine in the front, the transmission sat somewhere between the axles, and the comparatively cavernous boot would hold four made-to-measure leather suitcases. Think Bentley Continental T, Facel Vega HK500, Maserati 5000GT, Ferrari GTC4 or BMW M8 Gran Coupe F83.

According to McLaren, the GT not only belongs in this elite group of mighty V8-engined maulers, it allegedly sets new standards in terms of coolness, packaging and vehicle dynamics. But, although the Big Mac exceeds the Jaguar XE in overall length, the latest creation from Woking seats only two, which sums up its dilemma – and its charm.

SEXY LOOKS WERE ABSOLUTELY ESSENTIAL, AND THE DESIGN TEAM DELIVERED

When it set out to develop a new type of fast, comfortable, light and involving sports car for long journeys, McLaren did its best to eclipse competitors like the Aston Martin DB11 and Mercedes-AMG GT R.

Sexy looks were absolutely essential, and the design team delivered stunning proportions and sensuous contours, a low-slung silhouette sporting a tightfitting yet airy arc-shaped greenhouse, a ground-hugging stance that peaks at 1213mm (a 911 is 87mm taller), and a highly efficient aero kit conceived to blend downforce with minimum drag.

What makes the sum of these individual talents truly special is a kerb weight of only 1530kg, which undercuts the Porsche by 60kg – not bad for a fully loaded coupe equipped with fat 20/21-inch wheels and huge brakes. Key to the slim and trim physique is of course the trademark carbonfibre core. Launched 10 years ago, this monocoque design still deserves full marks for supreme rigidity and crash performance. On the debit side is poor space utilisation. For a start, the super-heavy doors swing open in an extrovert fashion that requires ample lateral clearance and a high garage roof. The next obstacle to be tamed is the wide and tall inboard sill.

Although carving out two snugfitting semicircular cocoons for driver and passenger was a neat idea, sacrificing cabin space was not. We’ll also add a couple of penalty points for the clumsy concealed seat adjustment, the irritating reflections in the windscreen and rear window, the absence of a head-up display, and the unimproved sat-nav that still trails realtime traffic by about 300 metres.

Passenger space may be scant, but the combined luggage space of 570 litres easily matches any full-size saloon; 150L of carry-on case in the nose and a whopping 420L in the rear. That’s the good news. The bad news is that any belongings unfortunate enough to be stowed there are grilled from above through the panoramic top-hinged pop-up backlight while at the same time being fried by the drivetrain underneath. Thanks to some clever space-age insulation material developed by NASA, McLaren promises the contents of this sunbed-cum-oven never get hotter than 45°C, but my shaving foam disagreed, and one particular skin care product dispersed its chemical components.

As far as the ergonomic layout is concerned, the GT still uses certain elements of the original MP4 12C. One is the Active control knob in the centre stack, which needs to be pushed before you can tweak the drivetrain and chassis settings (Comfort, Sport and Track) via two separate rotary knobs. The same knobs will deactivate ESP and switch the gearbox from auto to manual. As expected, the combination of Comfort and auto is a sleeping pill on wheels that blends low revs and tall ratios to profound frustration. Sport and auto is okay in heavy traffic, but Track and manual is mandatory to make this car shine when the road opens up.

McLaren’s twin-turbo 4.0-litre V8 has rarely been complimented for ultra-smooth running characteristics or subdued working noises. In GT configuration, however, the active exhaust mode allows the user to dim the decibel pollution in Comfort and at low revs, when the two bypass valves are closed for a low-noise start and neighbour-friendly part-throttle manners. Those who want to be heard loud and clear should select Track and floor the throttle for the ultimate growler effect, and specify the deafening optional sports exhaust. Shift action is super-swift in Sport and very physical in Track. While upshifts are truly seamless and lightning fast, downshifts need to be executed one by one; keeping the paddle pulled does not have the desired effect.

The GT is mildly tail-heavy, with 57.5 per cent of its weight to the rear, and in contrast to certain rivals there’s no AWD, rear-wheel steering or adjustable sway bars. By and large, driver assistance systems are also conspicuous by their absence.

So-called ‘proactive dampers’ are the prime dynamic innovation, an evolution of the adjustable multi-stage shock absorbers first installed in the 720S. Neither camera-based nor radar-supported, the system relies on a pack of vehicle-movement sensors to read the road and modify calibration accordingly within two milliseconds.

Does it work? Yes and no. While the ride comfort and suspension action are commendably pliant even in Sport, the stiff Pirelli P Zero tyres rumble a fair bit at low speed, and transverse ridges irrespective of height and depth are not the GT’s best friends. A 911 is more supple, the AMG GT R is more uncouth, the McLaren is happy covering the middle ground.

Like all mid-engined sports cars, this one needs properly warmed tyres before it’s ready for the real test. While a couple of burnouts duly light up the rears, the footwear up front takes a lot longer before eventually clamping like a pro. When push comes to shove, there’s no friendly torque-split to pull you out of trouble – just tenacious grip, a momentary lift-off weight transfer and the united forces of traction and stability control. Front-end breakaway is sudden in the dry, but quickly regains its composure. In the wet, though, this second-chance safety margin is virtually non-existent; despite all the electronic trickeries, there is plenty of drama evolving aft of the tiny rear window once the driver kicks open the floodgates of torque.

The four shield-size steel brake discs can decelerate this car from 100km/h to a full stop in only 32 metres. What this impressive number does not relay is the discrepancy between the inherently laidback character of a grand tourer and the performance of its stopping apparatus. Hammer the pedal like a racer and everything is fine, but when you drive like most GT owners would, it simply takes too much effort to produce that reassuring initial bite; ambitious deceleration requires seriously fit calf muscles, and in the wet the line between grabbiness and ABS intervention is suspiciously narrow. McLaren charges a fair dollar for carbon-ceramic stoppers, but it is money well spent. Other extras worth having include the variabletint panoramic glass roof and the Practicality Pack featuring front-axle lift, rear-view camera and parking aids. At just under $400,000, even the base model is well equipped. Having said that, about 70 per cent of customers visit McLaren’s in-house personalisation specialists before completing the deal.

On paper, the GT is a great buy, especially compared to other McLaren models. It sports the most powerful engine this side of the notably more expensive 720S, is a touch quicker off the mark than the identically priced 570GT, and can swallow more stuff than a Volvo V90 wagon.

However, in more ways than one the latest addition to the range is neither fish nor fowl. The cabin isn’t sufficiently spacious for a GT that aspires to be best in class, the ride could be more composed on rough blacktop and through high-speed twisties, the digital end of the stick has plenty of catching up to do, electrification is nowhere in sight, and when pushed it simply isn’t as chuckable, raw and sharp-handling as the brand’s sports cars. Pitted against its direct rivals, the Ferrari GTC4 Lusso V8 emerges as more practical and more modern overall, the outgoing 911 Turbo S 991.2 is a more pragmatic option, and McLaren’s own 600LT is a more compelling drive.

DISLIKE -  : Not really a GT car with such a tight cabin and accessibility; ride; hot boot 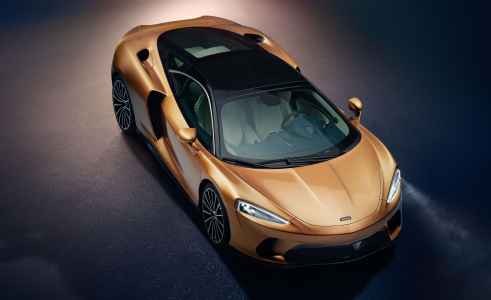 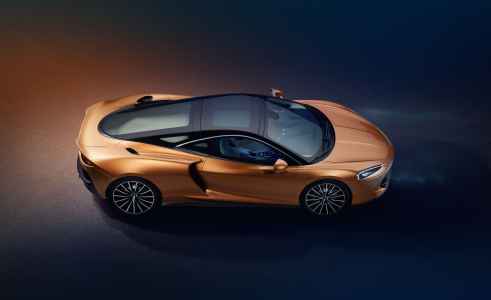 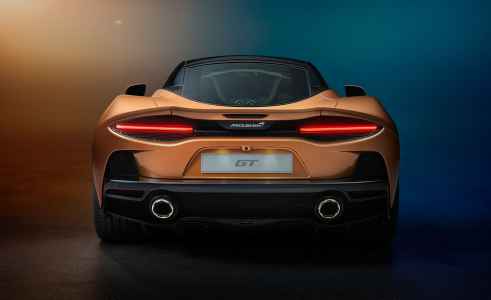 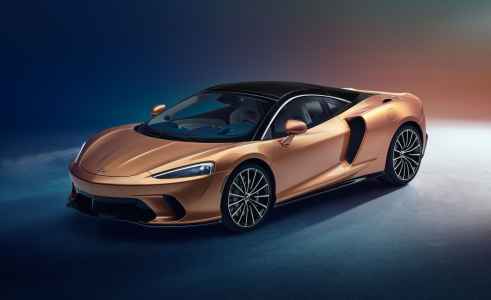 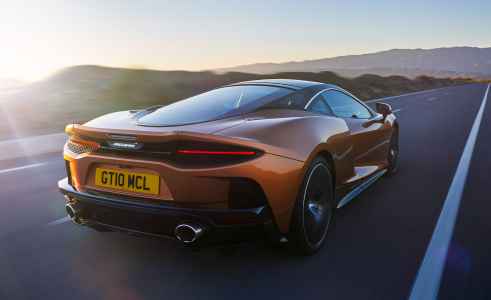 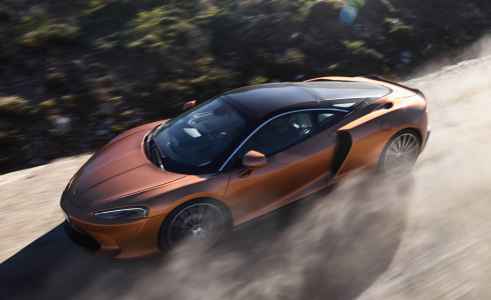 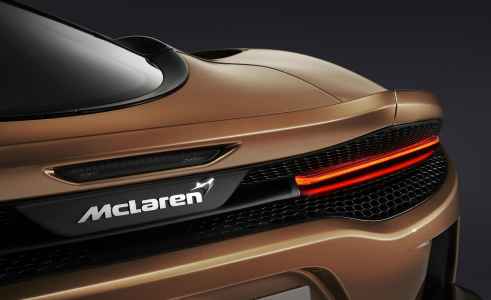 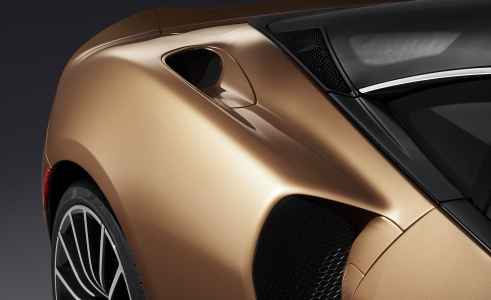 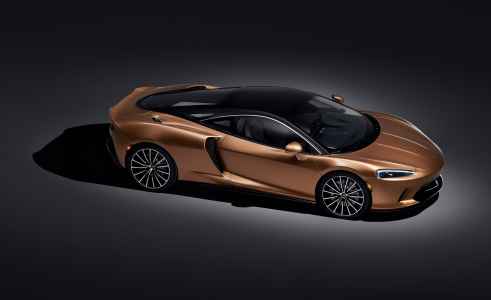 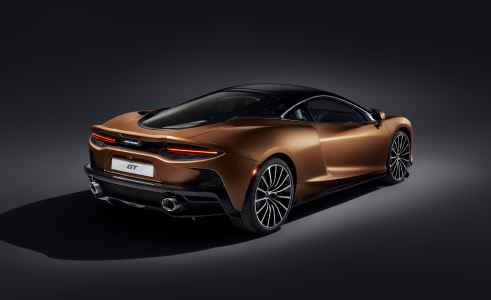 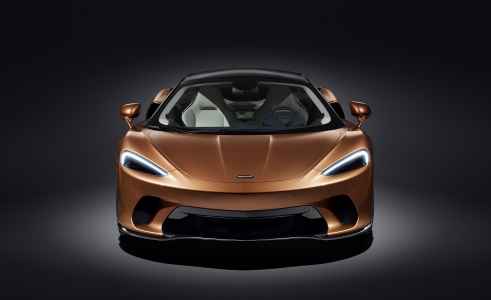 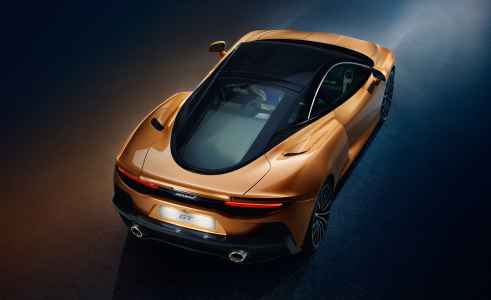 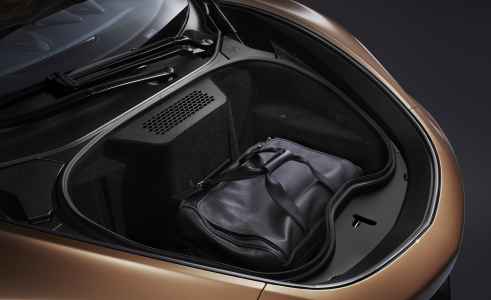 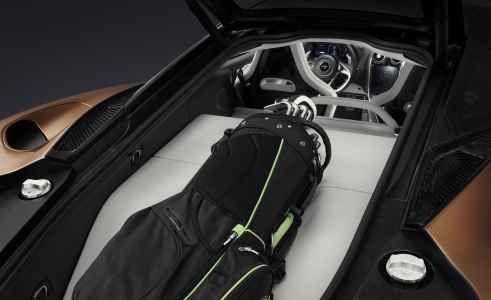 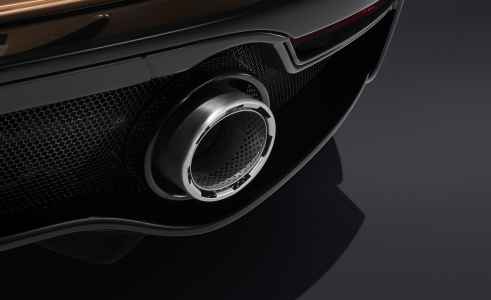 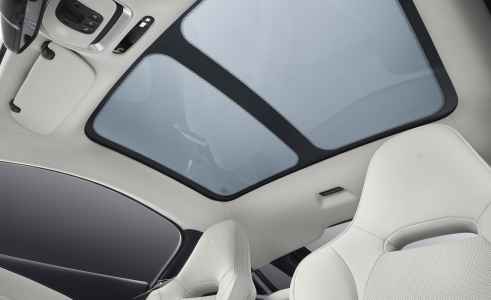 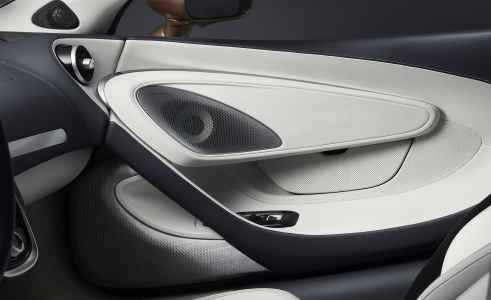 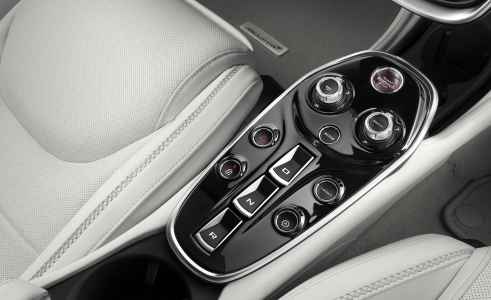 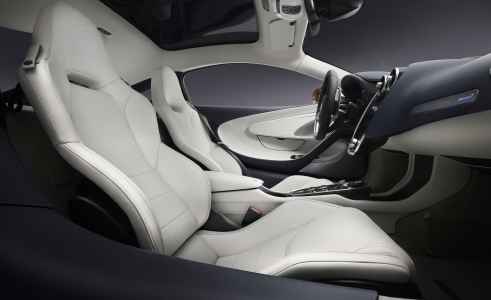 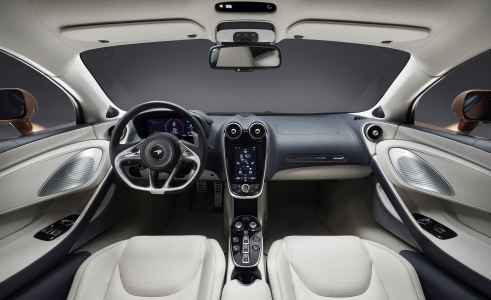 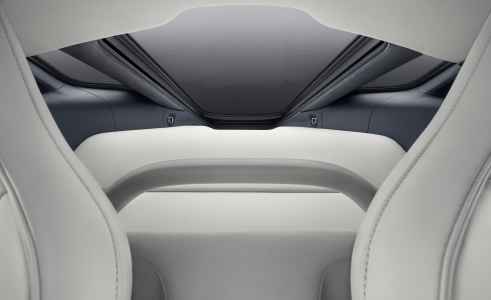 ABOVE Hydraulic steering is a haptic delight, a highly accurate line plotter that really fuses man and machine. Shame about the orbital turning circle though. ABOVE LEFT The seats are more comfortable than the usual racing buckets, but tall people could still do with longer runners, which would then collide with the rear firewall. LEFT Tall and wide sills, together with the unnecessarily bulky transmission tunnel, compromise legroom in the narrow and short footwell. ABOVE With no AMG-style drift mode, the only way to kick out the rear end is by deactivating ESP and trusting your ability. TOP Georg’s personal belongings suffered in the hot, though capacious, deckchairlike rear cargo bay. ABOVE A heavy right foot depleted the 72-litre tank in just 377km, resulting in fuel use of 16.4L/100km on a five-hour sprint down the twisty Route Napoleon in southern France. MAIN McLaren GT is refreshingly light at just 1530kg, boasts feelsome hydraulic steering and is largely lacking in electronic trickery, but is hardly old-school.

It's a more practical GT so it weighs that more, but what about aventador and f12 or 812 sf, though the Ferraris are gts too but they are aimed to provide supercar performance, why they weigh so much more especially the lambo, it's a supercar, it's close to the weight of bugatti veyron whose engine weighs around 500 kg, they should use more carbon fibre.