Do you feel lucky? Well, do you, punk? When this Ferrari 365 GT4 Berlinetta Boxer was bought by one Mr Eastwood (first name Clint), he evidently didn’t feel lucky enough. Perhaps it was the heat of those Californian summers that persuaded the man who was Dirty Harry to have his BB’s roof cut off.

The 365 GT4 BB holds a very special place in Ferrari lore, regardless of whether it has a targa roof or not. As the very first Ferrari road car to be fitted with a mid-mounted engine, and the first with a 12-cylinder boxer unit, it was a true trailblazer.

Enzo Ferrari liked to say, “horses never push the carriage, they pull it.” But engineering developments during the 1960s, and the emergence of the supercar genre, took things in exactly the opposite direction. Formula 1 racing cars had proven that having the engine sited behind the driver, in a mid-mounted position, simply made the chassis work more effectively. The ‘Drake’ loved playing the contrarian but he was perfectly aware of the advantages of the mid-engined format: after all, Maranello had been relying on centrally-engined racing cars from 1961, when Carlo Chiti reinterpreted the English school of thinking.

In 1967, the Dino 206 GT translated the concept to road-going cars. The mid-engined Dino sub-brand sat alongside Ferrari rather like the front-wheel drive Autobianchi Primula did to Fiat. But there is more. It was the launch, in 1966, of the Lamborghini Miura that really accelerated Ferrari’s switch to the ‘push-horsepower’ format.

The truth is that the tractor builder, Lamborghini, having boldly decided to compete against Ferrari, had made not only a promising start but pioneered the mid-engined road car phenomenon with the Miura. Enzo found it hard to swallow that Ferruccio could outdo him with a conceptually much more advanced car than his. That’s the reason why, at the Turin Motor Show in November 1971, Ferrari presented its first prototype of the Berlinetta Boxer.

Not only was the engine sited behind the driver and passenger, it was a completely new 12-cylinder unit, never seen on production Ferraris before (although such a powerplant had been fitted to sports racers and Formula 1 cars). It featured two banks of six cylinders placed 180 degrees in opposition to each other, rather than Ferrari’s traditional 60-degree ‘V – hence the name ‘Boxer’.

Quite apart from the technical side, the BB represented a complete stylistic revolution compared to Ferraris that had gone before. Its design was signed off by Pininfarina (the hand of Leonardo Fioravanti, in fact), using the elegant proportions of the Dino as a launch point and bringing near-perfect lines to the supercar genre. There were some very bold details, too: retractable headlights, matt built-in bumpers, matched to similarly hued lower flanks, and huge dams on the bonnet sucking air to the carburettors.

It would be a further two years until the production version of the BB arrived in the summer of 1973. The 365 GT4 BB changed very little compared to the concept car: the only real difference was the adoption of six rear lights and six exhaust outlets instead of four. This was a very low car (just 1120mm tall) and its construction of an aluminium body over a tubular steel frame made it very lightweight. In its original guise, the 380hp engine allowed a top speed – at least a claimed one – of 300km/h (186mph). In the US, the speedometer was marked up to 200mph. All in all, the new BB made the 365 Daytona seem like it was from a completely different epoch.

There was even a tinge of racing car about it. The star-shaped five-spoke rims with their centre wheel nuts had already been introduced on the Daytona in 1968, after an idea that designer Leonardo Fioravanti took from racing Ferraris. The one-piece hinged rear section allowed easy access to the engine compartment, like a racer.

After manufacturing 387 units, Ferrari evolved the 365 GT4 in 1976 into the 512 BB, identifiable by its four lights on the tail and NACA air intakes in front of the rear wheelarches. The 512 badge referred to the revised specification: a 5.0-litre 12-cylinder engine. However, it was actually less powerful than the previous model (it had 20hp less at 360hp), partly because it had to comply with strict American antipollution rules. In 1981, the replacement of carburettors with fuel injection in the BBi dropped that even further to 340hp. The BB remained on the market until the advent, in 1984, of the Testarossa.

So, on to Clint’s very special car. Mr Eastwood was far from a stranger to Ferraris, or indeed Berlinetta Boxers. He actually bought the third BB ever built, a red 1973 example. The example you see on these pages, a Series One BB in Grigio Ferro with beige interior, was bought second-hand by Clint. Chassis 18553 had rolled off Maranello’s production line on 28 May 1975 and was delivered initially to Campagnano Automobili Srl which sold it to an Italian customer called Germani. It was subsequently exported to the United States, where it was equipped with federal-standard bumpers by the importer, Amerispec Corporation (as evidenced by a plate that’s still affixed to the car).

It was in December 1977 that this car became part of Clint Eastwood’s collection. Very soon afterwards, the American actor decided to convert it into a ‘targa’ by commissioning a roof cut job from a Connecticutbased craftsman. Perhaps Eastwood was tired of driving with his head scraping the roof: he is no shortarse, measuring 6ft 4in tall, and the BB is hardly known for its generous headroom. Perhaps that’s why he had the car converted to a targa roof, in the style of a 328 GTS. Ferrari never made an open-roof version of the BB officially but several tuning companies did, including Straman in the USA, which reportedly did two such conversions.

Eastwood owned the car for eight years, eventually parting with it in 1985. The car then passed among several owners in the US West Coast collector scene, before emigrating to Nagoya, Japan. The new owner returned the bumpers back to their original European specification, but the BB was destined to return back to the USA, as is often the case with ‘big shots’. The current owner, William E Heinecke, bought the car at the Pebble Beach auction in 2011. It subsequently appeared at the Concours d'Elegance at Villa d'Este in 2016.

So what’s the roof like? The solid panel comes out in one piece and there’s room behind the seats for it to be stowed neatly, held in place by two smart leather strips. To convert the targa back into a coupe, the roof is a simple fit. The removable roof certainly doesn’t affect the original Pininfarina lines adversely. Driving this unusual ‘targa’ BB is quite a unique experience, since it allows you to enjoy en plein air the sound of the V12 behind the seats. With less than 30,000 miles on the clock, the engine is more flexible than we were expecting – you might even call it exuberant. There’s plenty enough power here to extend the chassis beyond its limits: serious oversteer is ready to bite, and not everybody can handle such snap reactions easily. Part of the blame lies with the rather light steering, which Ferrari plainly set up for low-speed manoeuvring, rather than sudden opposite lock movements. Ultimately, this feels like a car more suited to cruising in the sun than hard cornering.

Let’s not be too hard on it, though: when you hear the wail of the V12 engine through the open top, you can just about picture yourself as a 1970s Formula 1 driver. Even if that’s an F1 driver simply popping back to his Monte Carlo pad. 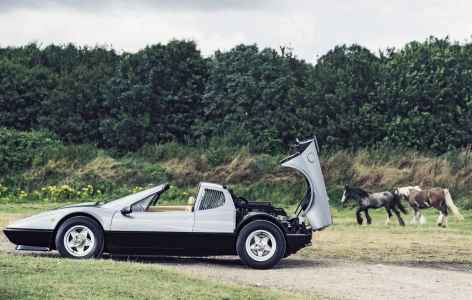 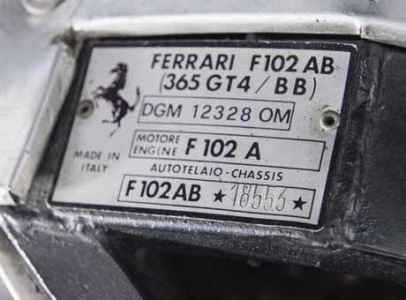 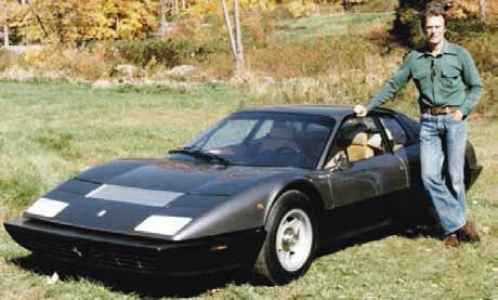 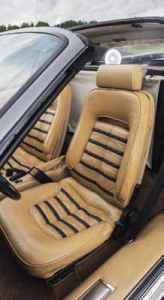 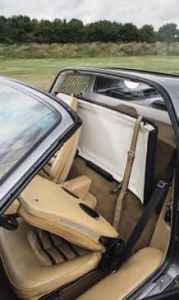 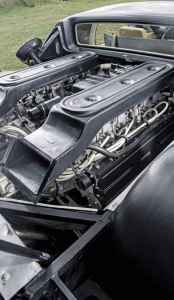 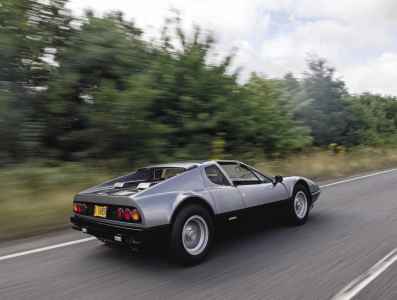