Ferrari 365 GTC/4 Spider. The four-seater spider that never was. Unlike the 365 Daytona, Ferrari never offered an open-topped version of the GTC/4, so it was left to independents to do the honours. We trace the little-told story of the sublimely handsome 365 GTC/4 Spider. Story by Richard Dredge. Images by Simon Clay/Talacrest.

In the 72 years that Ferrari has been around, there's been no shortage of open-topped Prancing Horses. But Maranello has often offered only tin-top versions of many of its models, and at this rarefied end of the market, buyers often want only what they can't have. After all, for many with the deepest pockets, the best way of getting one over on other wealthy enthusiasts is to commission something a bit special. That's how a raft of companies have kept busy for years – turning tin tops into convertibles, bolting on bodykits, spicing up the mechanicals – and sometimes a combination of all three.

Some of these companies are well known. Koenig used to do unspeakable things to the Boxer, Testarossa and 308; Robert Jankel Design offered four-door and convertible versions of the 400i; and a raft of companies have opened up pretty much every Ferrari berlinetta ever made. Some of those firms have even opened up coupes even when a spider was available from the factory, the most obvious being the 365 GTB/4 Daytona.

"I used to drive top-down through tunnels, shifting down to second and flooring the throttle"

The official Daytona Spider was known as the 365 GTS/4, the ‘365’ denoting the displacement of each of the 12 cylinders, the ‘4’ telling the world that this was a quad-cam engine and the ‘S’ denoting ‘Spider’. When it comes to high-profile classic Ferraris, the Daytona is right up there, so it seems incredible that its younger sibling, the 365 GTC/4, has such a low profile. It's almost as though it's from a different family altogether.

The Daytona made its debut in 1968 but it wasn't until the Paris Salon at the end of 1971 that the more family-friendly 365 GTC/4 arrived. This four-seater cruiser sat between the 365 GT 2+2 and the Daytona. Despite the fact that production lasted for just 20 months, a healthy 505 were sold. Indeed, so popular was the GTC/4 that it accounted for half of Ferrari's V12 production in the time that it was available.

"It doesn’t just look good, it’s also superb to drive. There’s no trace of scuttle shake even on bumpy roads"

While Ferrari offered an open-topped Daytona, there was never an official 365 GTC/4 Spider. It's therefore an ideal candidate for an open-top conversion – not least because its glassy cabin is prone to getting very hot when the sun shines. Most GTC/4s were sold to the US and while air-con was fitted as standard, the system never coped very well with cooling things down – so what better solution than to slice off the roof? The car shown here is chassis #15869 and it's one of two GTC/4 Spiders sold over the years by John Collins of Talacrest. In fact he's sold this car twice, as he relates: "I first sold this GTC/4 about 25 years ago, but I then sold it to a US-based Ferrari enthusiast two years ago. Since he acquired it, he's spent a fortune making the car better than new. The car was converted into a spider by the Italian company, Auto Sport. In autumn 2019 I also sold a Zampolli-converted GTC/4 (#15497) to someone in the US.”

As you can see from the pictures, the first car is black with a red interior; Collins' latest sale is of a black car with a black interior, and it was Rob Frost who has just relinquished its keys. He comments: "Although I'm based in the UK, I live in Florida in the winter. While I was there in early 2017, I was trawling eBay and spotted a GTC/4 Spider in Jacksonville, about four hours away. It was quite a lot of money so I suspected I would never be able to persuade my wife that we should buy the car and have it shipped to the UK. But she saw the pictures and instantly fell in love with the car; she insisted that we just had to have it.

"The seller was an Irishman who had emigrated from Cork with just £25 in his pocket; now he's got a business valued at $1.5 billion and a huge collection of classic cars with a team of six employed to look after them all. He'd bought the GTC/4 a long time ago then sold it when it started to look tired. But he missed the car and bought it back to get it properly restored by a company in Long Island. The restoration cost $162,000 and involved rebuilding the engine and gearbox, repainting the car and retrimming the interior.

"Some time during the early 1980s, Claudio Zampolli was commissioned to turn the GTC/4 into a spider. The work was done to an exquisite standard – to the point where I wonder if it was really financially viable. There were no economies of scale because so few of these cars were converted, but lots of parts had to be made specially to finish the car to a factory standard. It didn't just look good though; it was also superb to drive.

There was no trace of scuttle shake even on bumpy roads, the doors shut with a reassuring thunk and the manually-operated soft top fitted beautifully. The car's structure was clearly stiffened immensely because there were never any squeaks, creaks or rattles.

"Perhaps the most appealing thing about having an open-topped version of the GTC/4 was the ability to enjoy the sound from that magnificent V12. I used to drive top-down through a tunnel near where I live, and every time I did this I'd shift down to second and floor it to hear the sound reverberating off the walls. It was worth owning the car for that experience alone – it always made the hairs stand up on the back of my neck.

"The other big upside to ownership was the reaction I got when I took the car anywhere. People assumed it was all factory-built but didn't know quite what it was, so they always wanted to know more about it. I also wanted to know more about these cars in general, and my GTC/4 in particular, so I wrote to Claudio Zampolli to see if he could fill in any gaps, but I never got a reply. I loved owning #15497, but after 18 months with it I realised that I didn't use the car enough to justify having so much money tied up in it, so it was sold on."

Of the 11 known GTC/4 Spiders, Zampolli is responsible for converting more than anybody. He's known to have done three or four, while the other conversions were done by a mixture of American and European companies. According to Jonathan Thompson in his book Ferrari Cabriolets and Spyders, published in 1985, the first GTC/4 Spider was created by Luigi Chinetti Jr in 1981, but it would be another three years before the second one was made. That conversion was performed by California-based European Auto Restoration, which was run by Mike Sheehan between the early 1970s and 1996, when he closed the company down to focus on sales and brokerage; you'll find him online at ferraris-online.com.

Says Sheehan: "I started out doing crash repairs for the insurance industry, but by the end of the 1970s there was a trend of turning Daytona coupes into spiders. My company pioneered this, along with Richard Straman who was based in the same block as us, in Costa Mesa. Straman retired in 1997 but before he did so he also created a 550 Spider along with a 456 drophead, which you could even buy in supercharged form.

"European Auto Restoration and Straman cornered the market in opening up Daytonas, while my company also converted the occasional 275 and Boxer. Straman did some Testarossa Spiders too, so when Claudio Zampolli wanted to muscle in on the action, he needed to come up with something different. He was based about 50 miles away from us and he decided to offer a spider conversion based on the 365 GTC/4. The market for these cars was clearly a lot more limited than for the Daytona though, and far fewer GTC/4s were converted."

It's not as though it's especially difficult turning the GTC/4 into a spider. Having gained a huge amount of expertise with its other spider conversions, European Auto Restoration and its rivals knew exactly how to stiffen the Ferrari's structure without piling on the pounds too much, and as Rob Frost can attest, the result of the decapitation was completely effective. So why weren't more of these cars converted into spiders? Maybe it was the GTC/4's lower value, maybe it was its lower profile or it may simply have been that Ferrari produced an official Daytona Spider, but only in tiny quantities so there weren't enough to go round. Whatever the story, we think it’s good that a handful of GTC/4s were opened up, because this is a car that just works on every level. After all, why have a two-seater V12-powered drophead when you could have a four-seater spider instead, to take the whole family along for the ride? 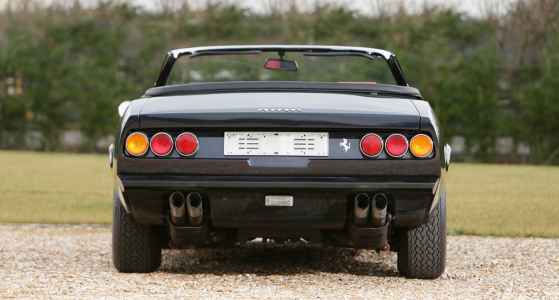 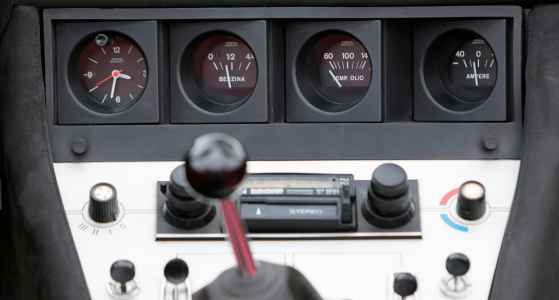 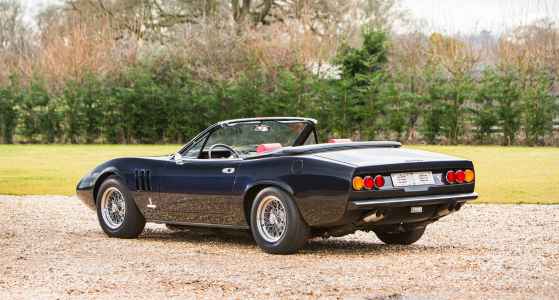 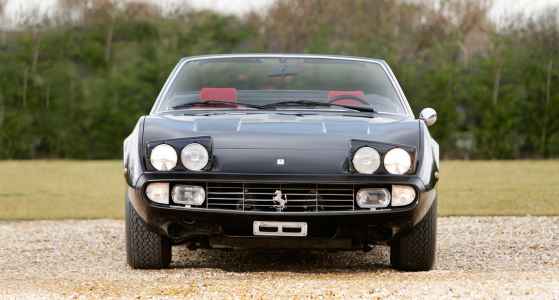 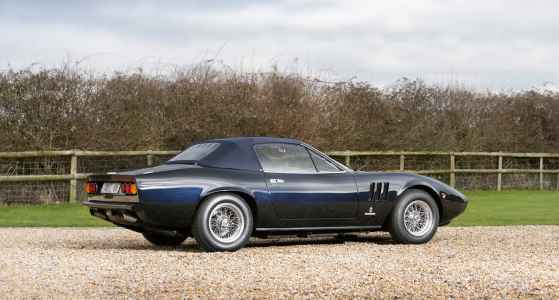 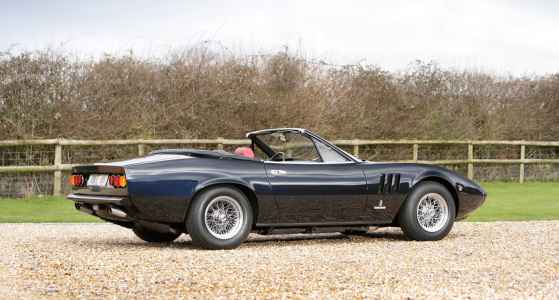 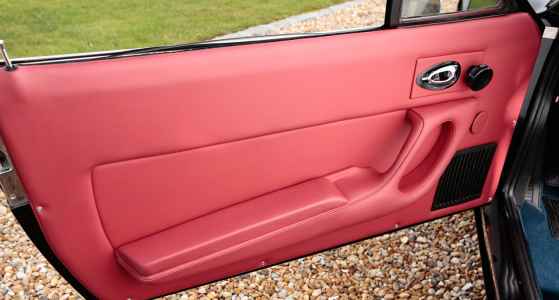 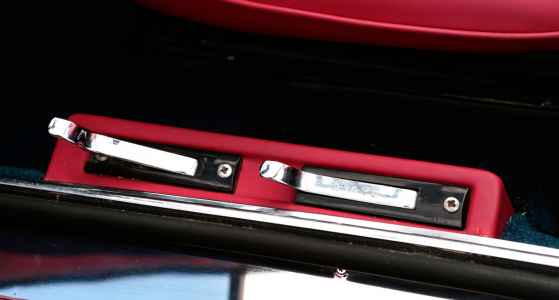 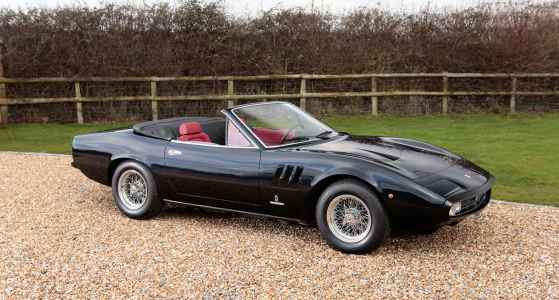 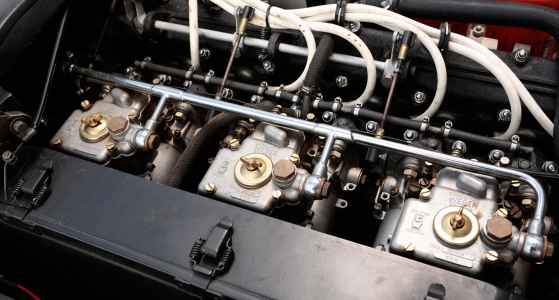 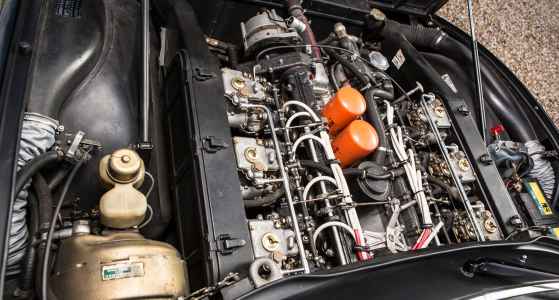 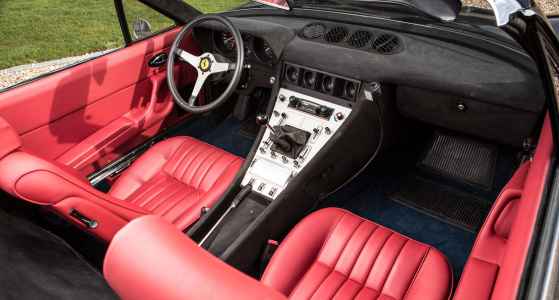 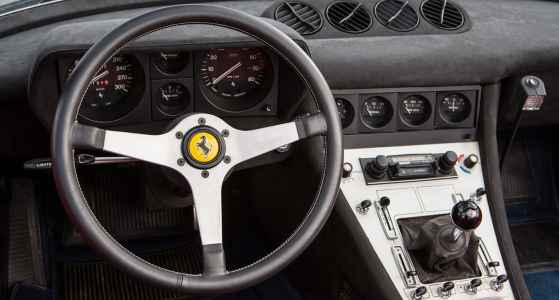 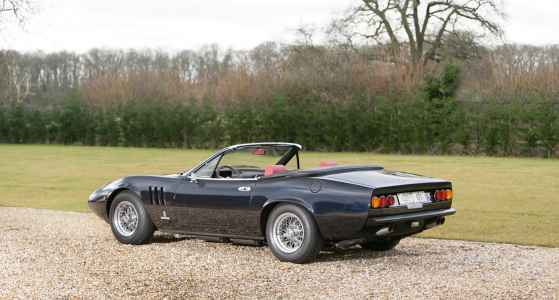 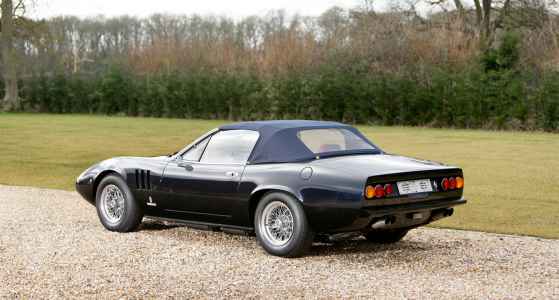 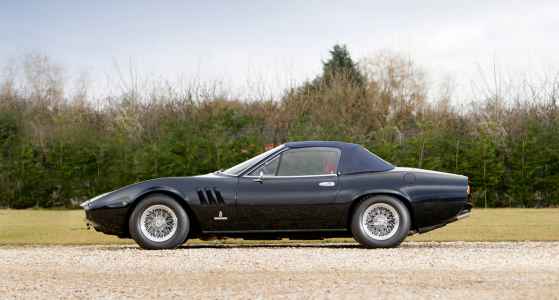 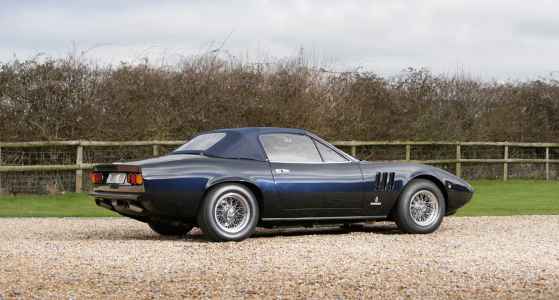 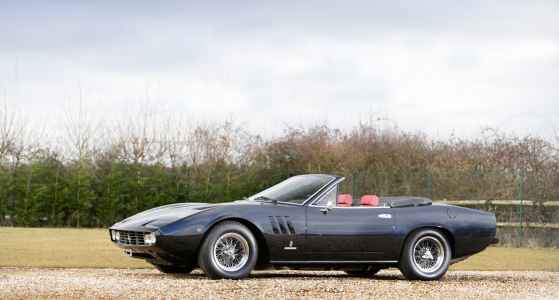 THANKS Many thanks to Mike Sheehan for giving up his Thanksgiving break to plough through his database; without his help this article would have been pretty much impossible to put together. Also many thanks are due to Rob Frost and Marcel Massini for their time and help.

Mike Sheehan maintains his own database of Ferraris in a bid to document as many of their histories as possible. We're deeply indebted to him for allowing us access to the following records for the 365 GTC/4 Spiders that he knows about.

#15493 Unknown; this car allegedly has a hydraulic roof mechanism

#16017 Roofless beach car made by Felber of Switzerland