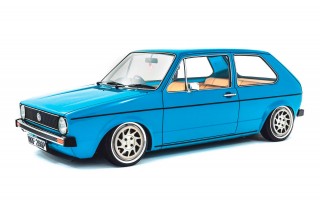 One Love. Stuart Shellard returns with yet another stonking Mk1 Golf and in a way we’re partially to blame! Stuart Shellard has had no less than five Mk1s featured in these very pages. Hard to believe, then, that he didn’t even like cars when he started driving… Words: Elliott Roberts. Photos: Si Gray.

Most of us got into cars through friends or family members, but for Stuart Shellard it was a rusty, 1983 1.1-litre Mk1 Golf that he saw advertised in the local Yellow Free Ads (remember those?) that did it. “I was passionate about cycling and basketball in my teens and didn’t have any interest in cars or driving,” he admitted. At the age of 17, his then girlfriend wanted him to take his driving test, so she booked him a bunch of lessons: “I might just add that she didn’t go as far as to pay for then as well,” he laughed. Regardless, Stuart soon passed his test and was on the look out for suitable cars but with little funds it was a cheap and cheerful Mk1 that first look his eye. 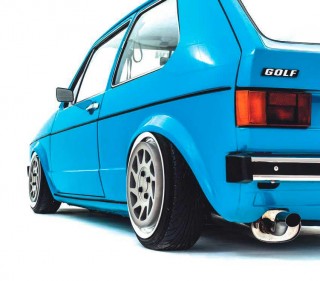 Stuart’s dad offered to take him to see it and on arrival the car was pretty damn rusty, but it was all he could afford so cash was exchanged and Stu drove the car home: “By the time I got back there was steam bellowing out of the bonnet and frankly I was gutted,” he said. Needless to say it was far from love at first sight and the last thing Stu could envisage at that point was an un healthy addiction to Mk1 Golfs. “Thankfully my dad is one of those annoying people who can turn their hands to anything and he just said ‘You can fix it. I’ll tell you what to do and you do it’.” According to Stu it transpires the head gasket had gone, so the head needed skimming and then rebuilding: “So, I did what my dad said and on completion the car started with the first turn of the key… with that I was hooked and have always owned a Mk1 of some description since.”

We first met Stuart back in 2004 when we featured his Pea green 1976 Mk1 G40 and since then his cars have been something of a regular occurrence in the magazine. While it’s obvious Stu likes driving his cars and occasionally showing them, too (plus the occasional feature… or five) it’s clearly the challenge of the build that most appeals to him.

This is perhaps why, when I got offered this very car back in 2013, I quickly decided it was far more work than I could take on (see for before photos). Stu went to look at the car and it wasn’t good news: “I soon discovered it was a total rotter. It had crazy wide arches fitted and rust literally everywhere. Had in not been a Swallowtail I’d have just left it, but because of its rarity I decided to take it on.”

The base car was, as Stu describes it, ‘a poverty spec 1976 Golf L’. It was also so far gone that he didn’t feel bad about getting stuck in, so he stripped the car back to a bare shell to see exactly what he was dealing with. “I couldn’t wait to get my hands on the horrendous arch extensions which had been welded on. Because the shell was so bad I didn’t feel like I was destroying an early Mk1. It guess I was actually saving it.” 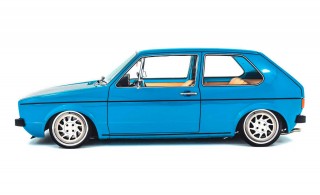 When asked whether he was inspired by any other cars, Stu just replied: “I have a narrow view of what I want my cars to look like.” And looking at all of his Mk1s we’ve featured there is certainly a trend; they’ve all run small bumpers, single headlamps and no arch trims. In fact, you only need to look at the body mods in the spec panel on this page to see that visually not a lot has changed (other than Porsche handles, clear rear glass and chrome trim with stainless bumpers). Less is most certainly more where Stu is concerned.

With the car on his rotisserie Stu could remove all suspension components and finally start assessing exactly how bad things were. To be fair, other than the crazy arch extension there wasn’t anything that he hadn’t seen before and with the help of his pal Mark Drain (who is a dab hand with a welder) the pair fitted new inner and outer rear arches, sills and a lower windscreen panel. It didn’t take long for the car to start taking shape again and begin to look a darn sight better. When it came to paint, Stu entrusted Stewart Hewitt to coat the shell in the original factory shade of Oceanic Reef blue, which looks fantastic. 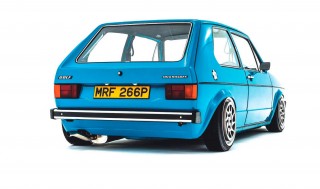 Where Stu is concerned we feel it’s the detail stuff that makes his cars unique and stand out. Take the wheels, for example. They’re oneoffs which were produced by Greeny at G23 Engineering and seen on his Mk1 Caddy for a couple of shows before vanishing. The G23 centres use 16" BBS barrels and dishes. When it came to suspension, Stu has always been a static kinda guy, but with so many speed bumps cropping up, and the fact he wanted to daily drive the car (when he’s not off-shore at work), he hopped over to the darkside and fitted air. “I’m not going to lie, I was optimistic but I needn’t have been. It’s awesome. You can still run low, but just raise it when an obstacle arises.” Bagyard Supreme XL struts were chosen and run with Airlift v2 management, while the chassis was notched to give driveshaft clearance when dropping the ride height, while poly bushes were also drafted in to keep things nice and tight in the twisties!

You might have spotted the Wilwood four-pot stoppers lurking behind the front wheels, too. That’s because Stu’s got a relatively fruity motor under the hook and likes to really drive his cars given the chance. Yep, it safes to say Stu likes his cars to go as good as they look and in the past he’s had everything from G40 to 1.8T power, plus a 16v on carbs. Apparently he's had best part of 30 Mk1s over the years! For his latest creation Stu went down the 16v route again, with a trusty two-litre ABF but this time opted for Jenvey ITBs on Emerald management over carbs: “The beauty of throttle bodies is you don’t have to regularly set them up, you can just jump in and drive. It’s great in traffic and on B-roads. A ported and polished head also helps free up flow, while a Mk4 ’box with TDI fifth gear, G60 flywheel and VR6 clutch takes care of forward drive. It may only have 176bhp, so it’s not neck breaking, but it is useable power – you can stick your boot in and enjoy all of the power all of the time,” he laughed. 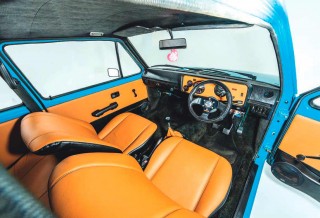 The bay itself is Stu’s favourite part of the build and it’s easy to understand why. He’s removed the rain tray, the brake servo, battery, header tank and filled a number of holes, so it retains and element of the factory look but in a more minimal fashion. The ABF block and Mk4 gearbox have been cleaned up and detailed, the cam cover has been finished in crackle black, there’s a Bentley oil cap and custom top-fill radiator by Joe at Fresh Reflections, who also fabricated the cam belt cover and oil cooler. It’s the Jenvey throttle bodies, with their whopping trumpets that dominate the bay, though. It’s still too minimal under there for some people though: “I like it when people have seen the car with the bonnet up and tell me it will be great when it’s finished.”

When it came to the interior Stu instructed Creative Covers to trim the low back seats, rear bench, door cards and dashboard insert in tan material. They also replaced the headlining in black vinyl, giving the interior a trick feel without being over the top. Finally a 280mm Momo Team steering wheel and Porsche rev counter finished things off: “I do wish I’d have fitted a radio for my wife Jo to listen to on long journeys, though,” he smiled. Apparently she’s quite happy with Stu tinkering about with his Mk1s, though: “She reckons men who don’t have hobbies cheat, so I think that’s the green light to continue doing what I’m doing,” he told us.

As for the future, other than fit some winter wheels Stu just plans to use it and enjoy it whenever he’s home from work. What about other projects? “I have another fairly well known shell which I've already started on! For me it’s all about that high when you have spent so long in the garage on a build, covered in oil and grease and you hear the car run for the first time.”

We couldn’t agree with you more Stu and we can't wait to see what he does with the next project. Roll on feature number six we says…

“The beauty of throttle bodies is you don’t have to regularly set them up, you can just jump in and drive. It’ s great in traffic and on B-roads”

“I soon discovered it w as a tot al rotter. Had it not been a Swallowtail I’d have just left it , but because of its rarity I decided to take it on”

Looking at the car on these pages it's hard to believe that it wasn't far off of being a basket case when Stu rescued it from Telford back in 2013. 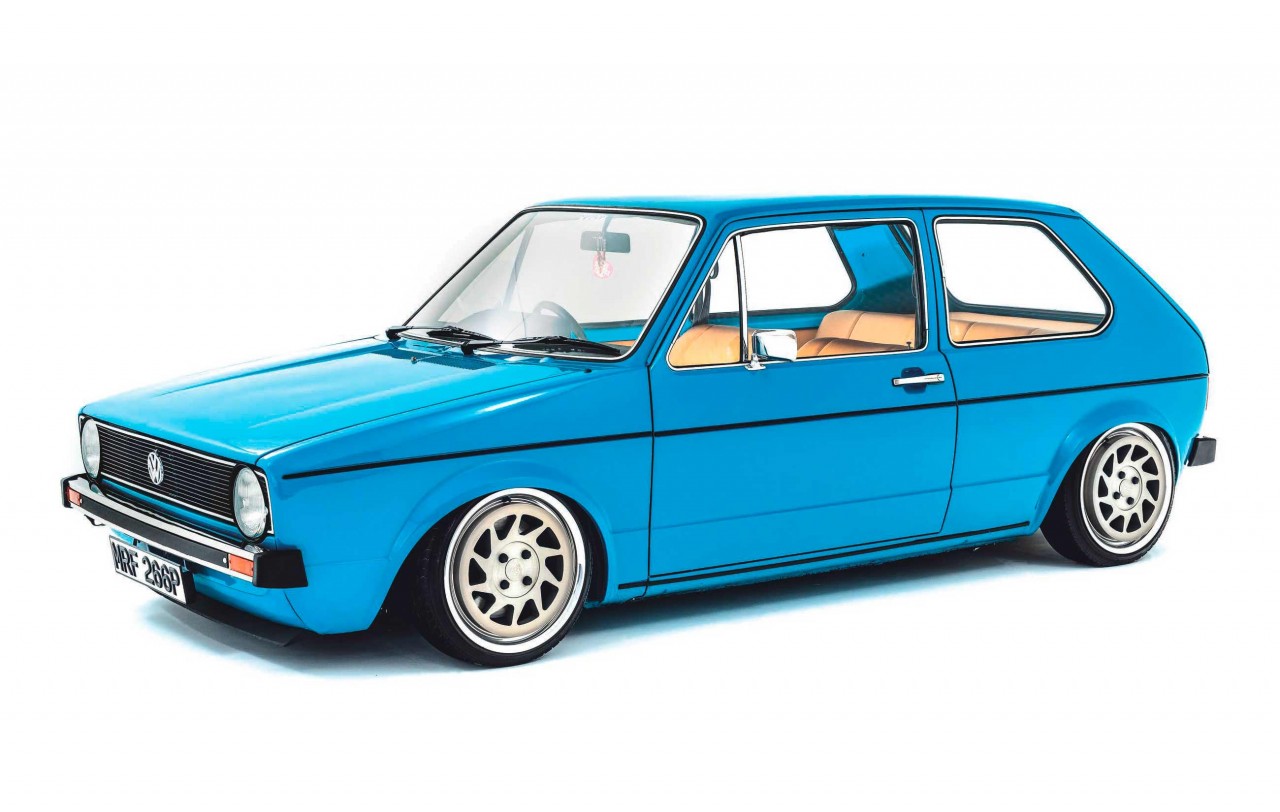 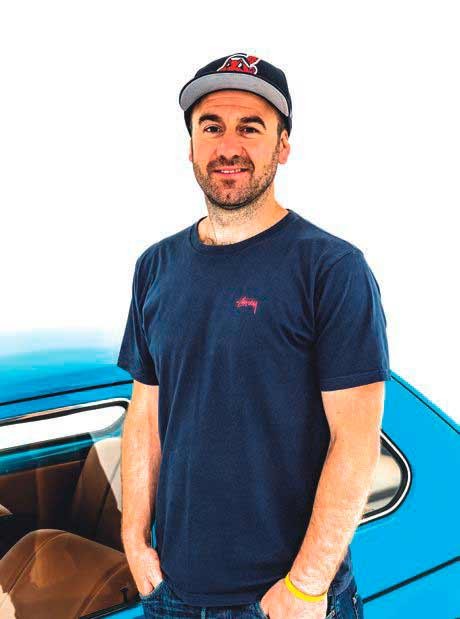 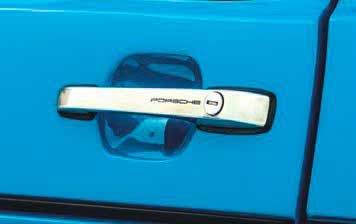 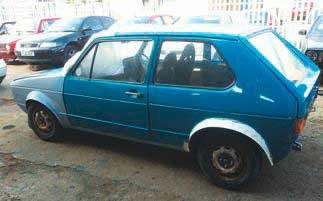 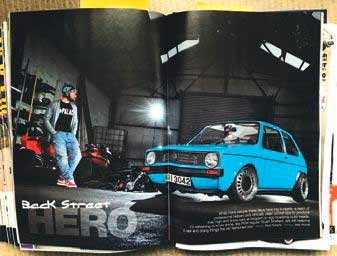 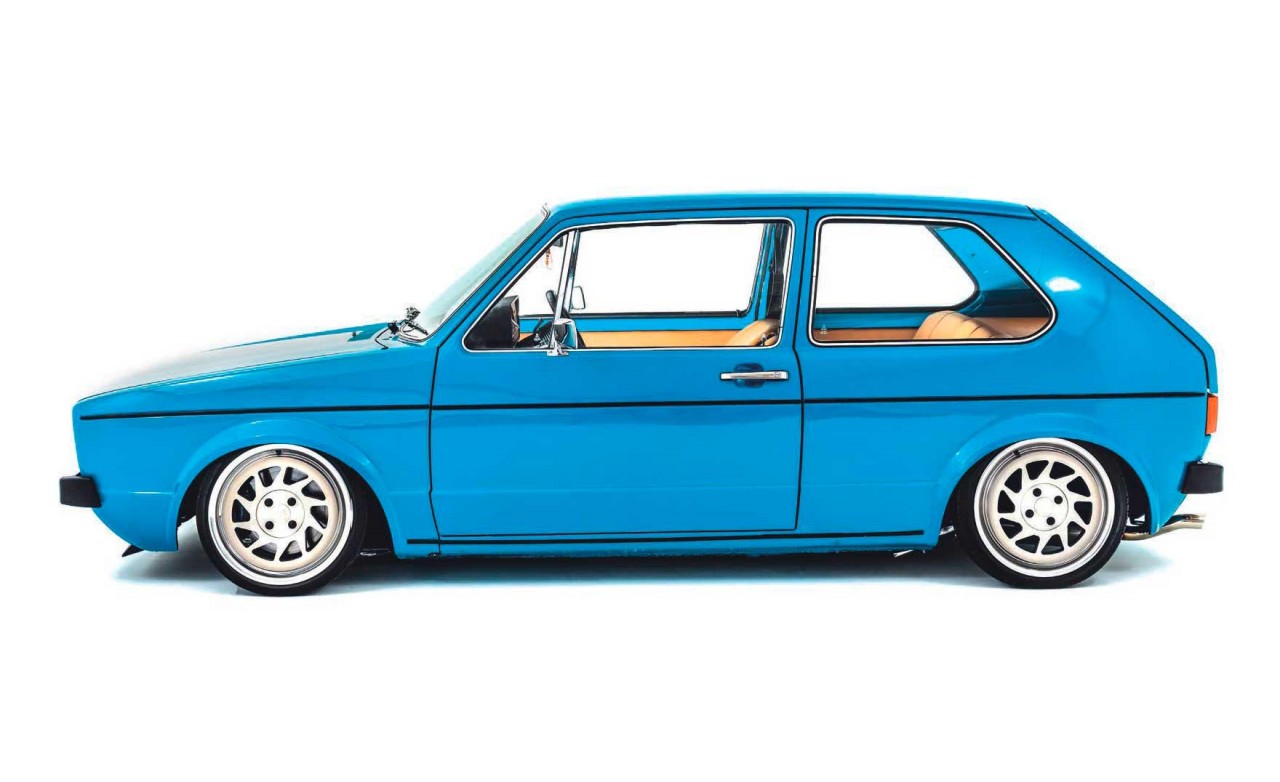 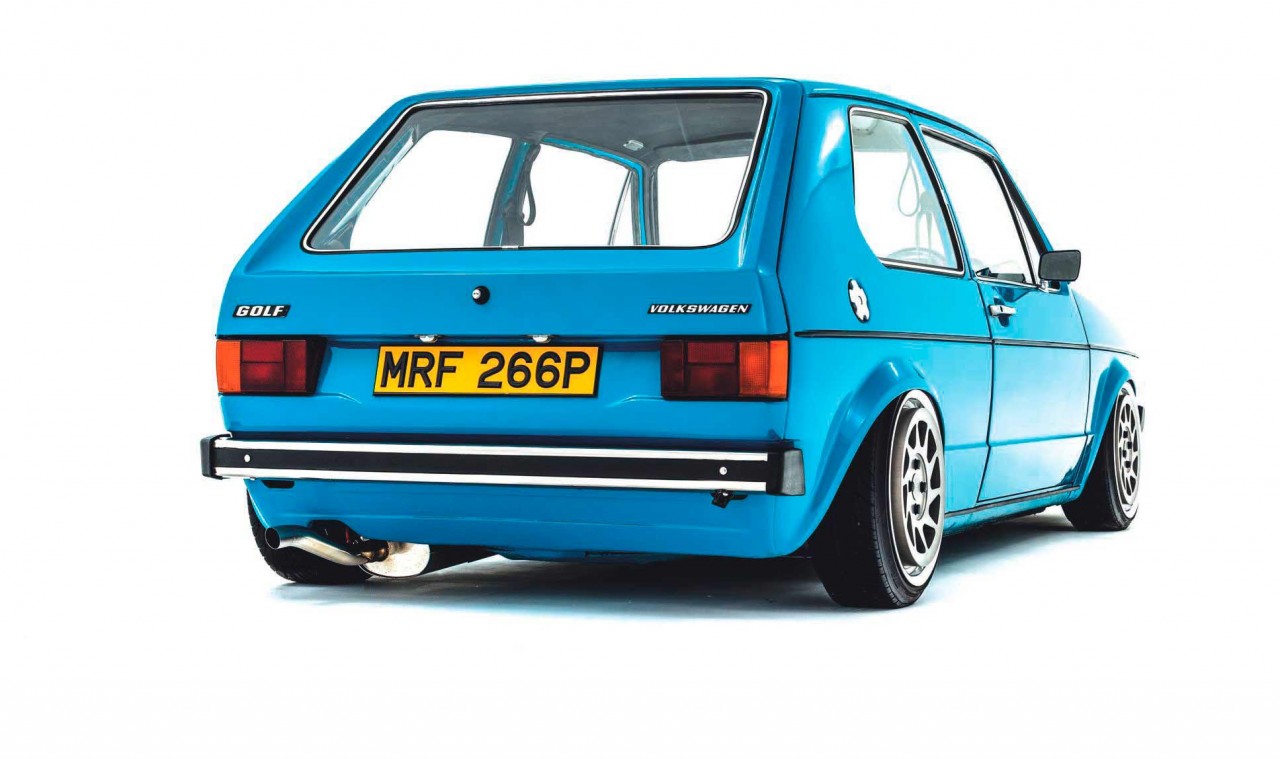 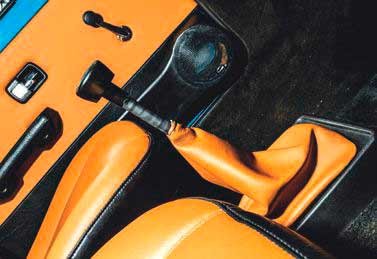 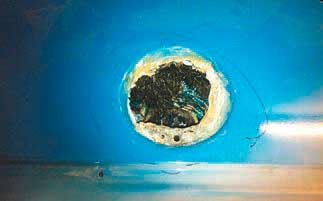 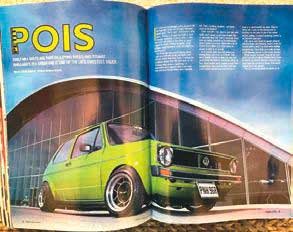 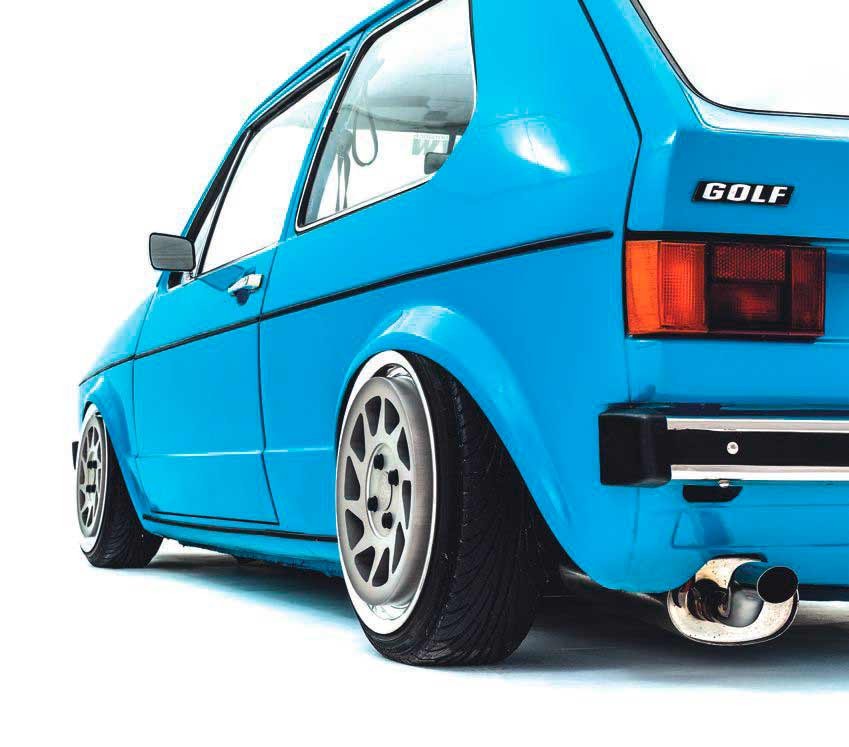 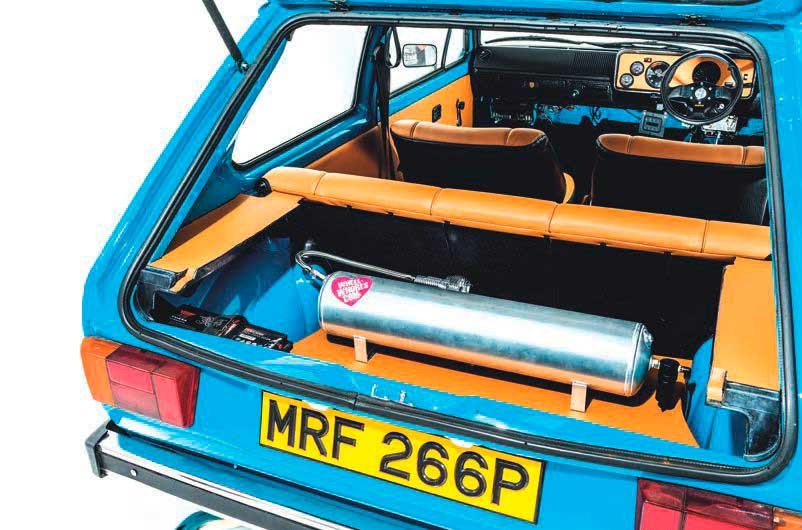 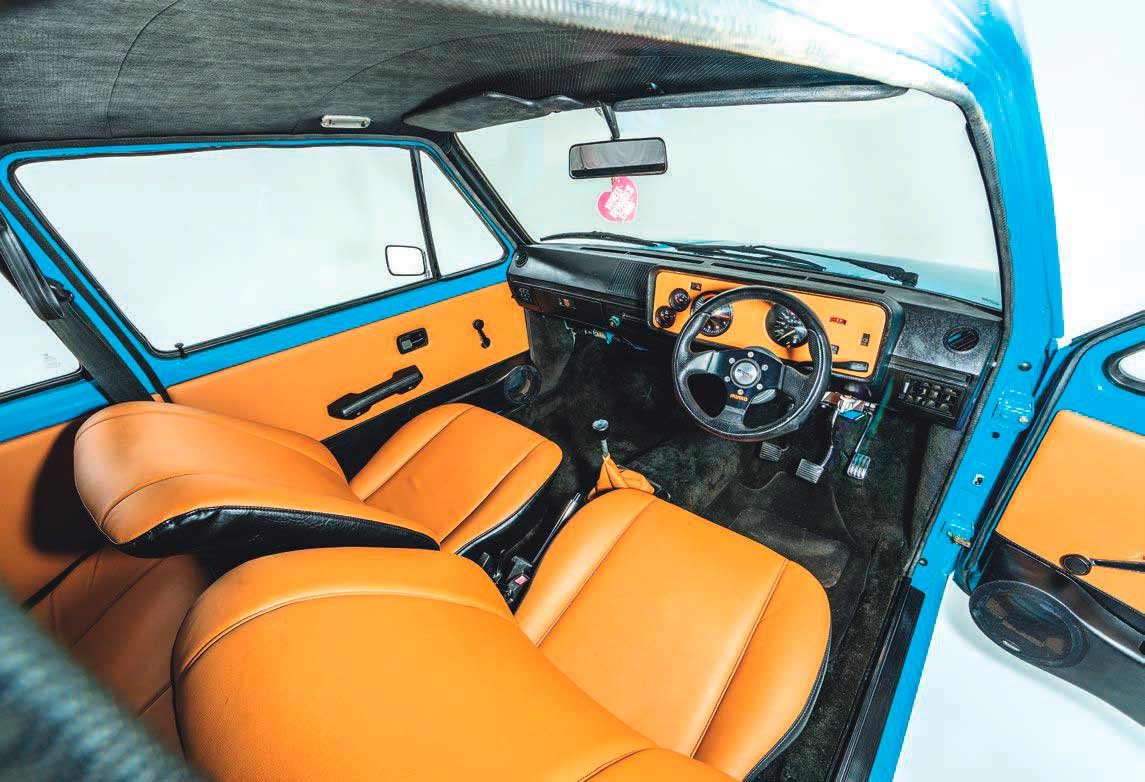 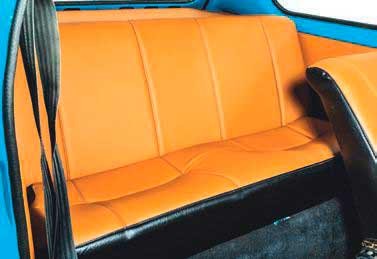 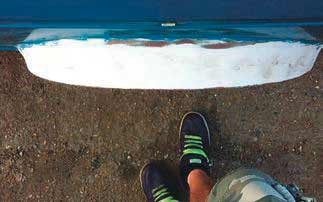 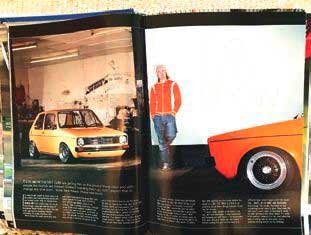 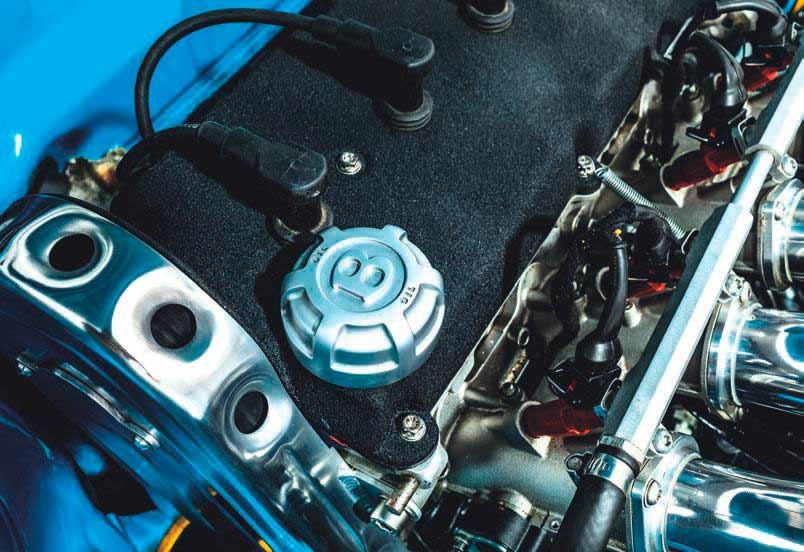 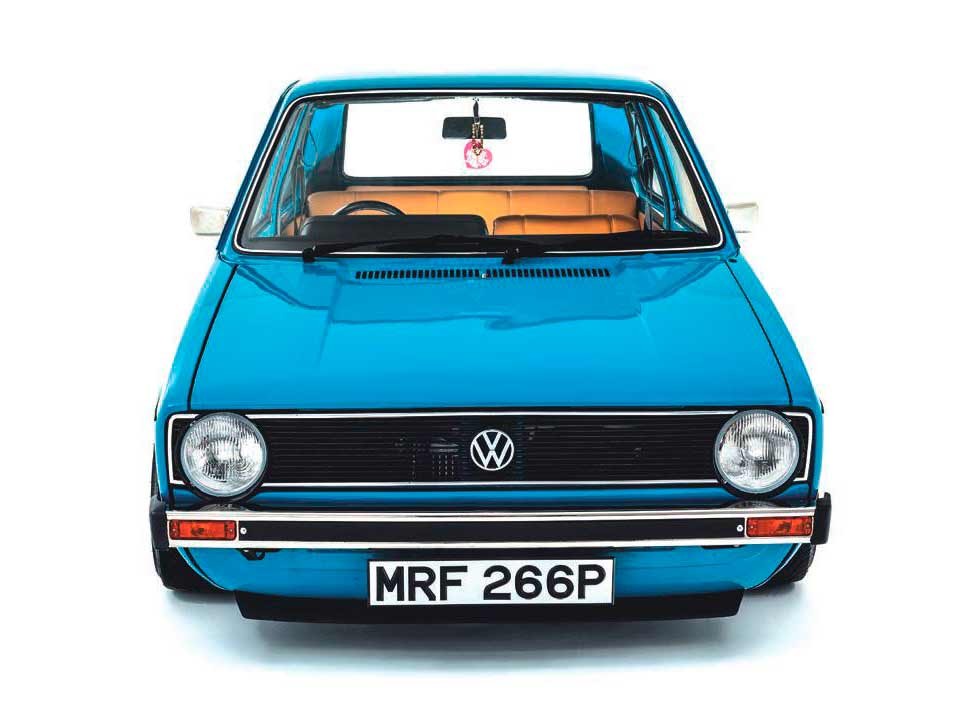 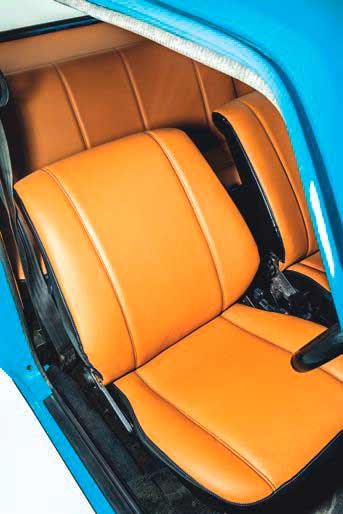 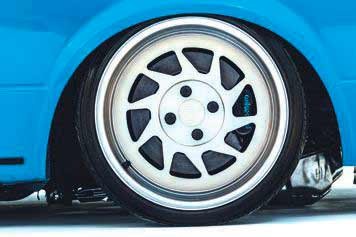 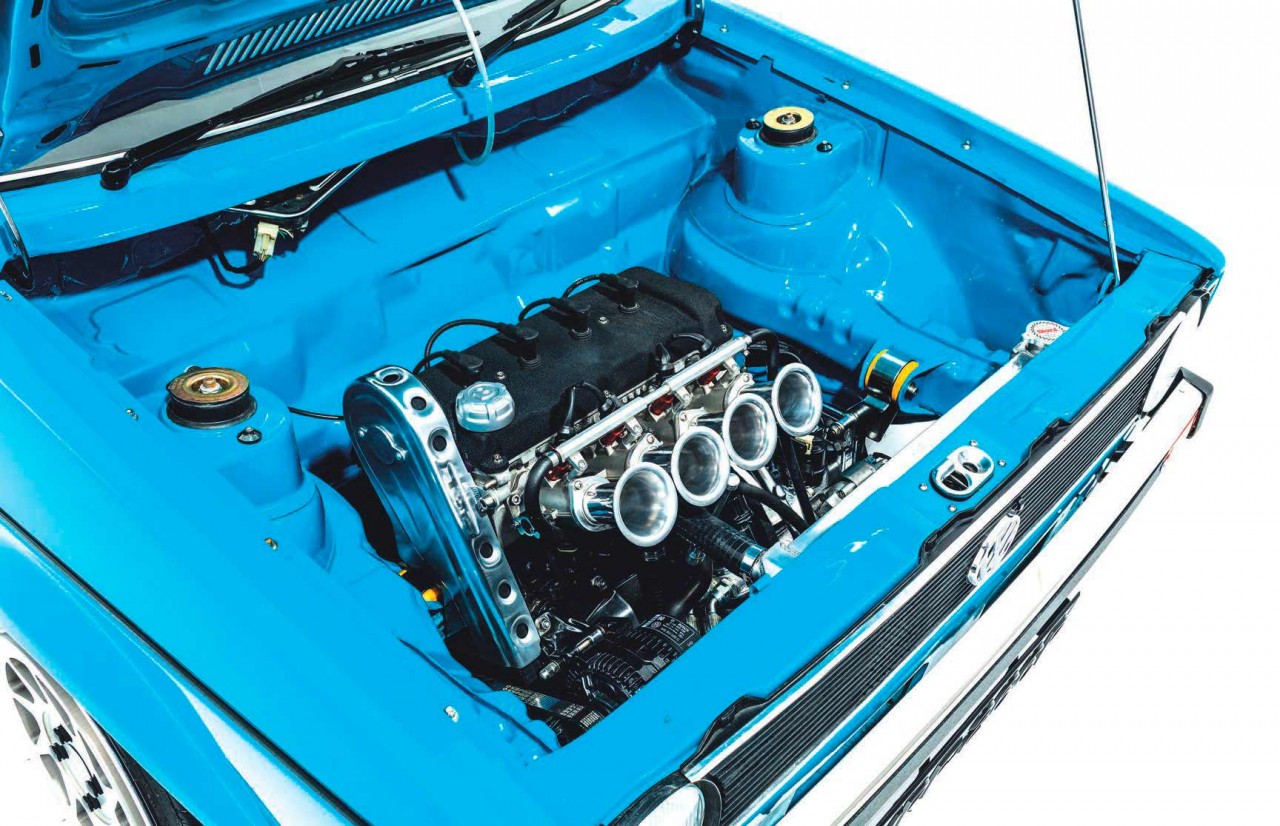 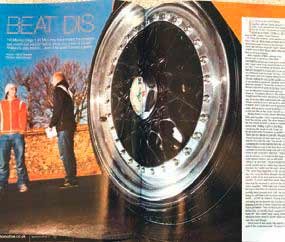 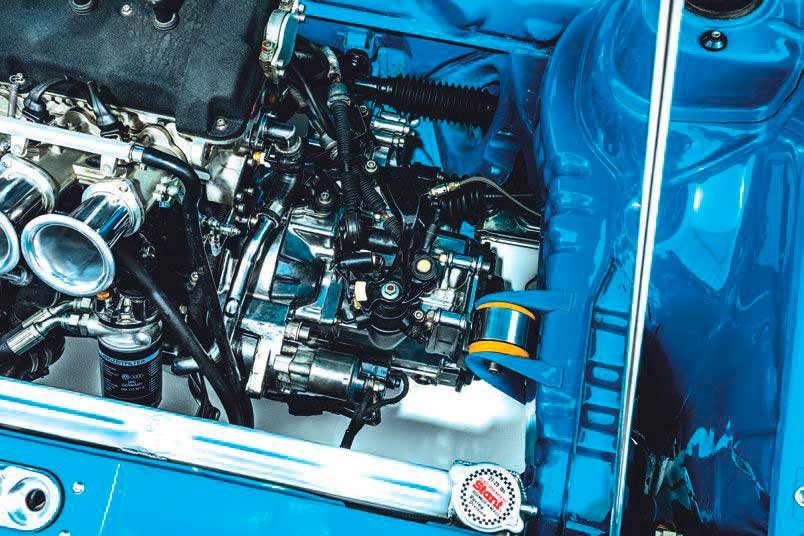 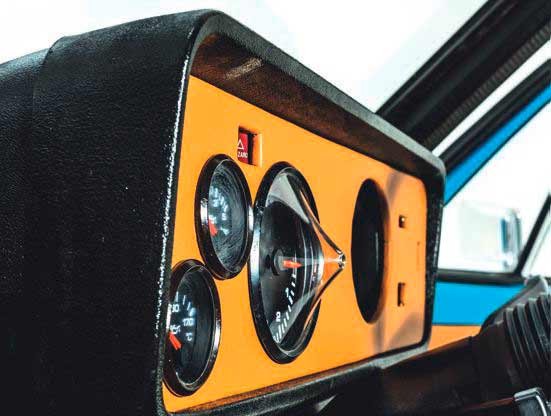