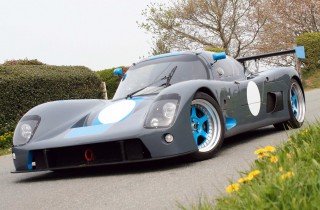 Russell Horner has owned no fewer than six Ultimas – but his current Sports is the best of the bunch. We met him to find out why. Words and pictures: Adam Wilkins.

ULTIMA SPORTS Russell Horner has owned six Ultimas, but with his latest he has settled on one to keep.

Here at Drive-My we meet a lot of serial kit car builders. For some, the satisfaction of building a car greatly outweighs the appeal of driving the finished item. It’s not unusual for some builders to be on the lookout for their next project immediately after the completion of the last one. Russell Horner is not one of those people. Of the six Ultimas he has owned – and other kit cars, including a Westfield SEiGHT and Noble P4 – he has built precisely none of them. For him, it’s all about owning and driving something special – and in the past he has owned Ultima GTRs and Can-Ams simultaneously.

“THERE ARE BILLS FOR £40k SINCE THE BUILD”

It was twelve years ago that Russell bought his first Ultima. He had a red Can-Am and a black GTR that he had resprayed in lurid Lamborghini Miura green, and after he sold it we featured it on the cover of our June 2009 issue when it was twin-tested alongside a Renault V6 powered Ultima Mk2. Russell regretted selling that car the moment he watched it drive away, and has had similar remorse after letting go of every subsequent Ultima. He had long held an ambition to own an Ultima having first become aware of the car in a 1990s episode of Top Gear where Chris Goffey presented a piece about the car. 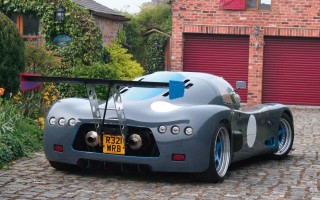 At the moment, it’s Westfield SEi and a Hawk HF3000 that share Russell’s garage, but he’d happily elbow that out the way if he could find a good Ultima Spyder to sit alongside the Sports. In fact, he almost thought he’d found the right car earlier in the year, but having owned so many Ultimas he knows exactly what he’s looking for and let it pass on the basis that it wasn’t quite up to the standard he was after.

That’s in stark contrast to the experience of finding, and very quickly buying, the car you see here. As soon as Russell saw the advert on PistonHeads, he knew the car ticked a lot of boxes. A phone call to the builder, Graham Kinross, who had owned it for almost 20 years confirmed it was a good one. “I knew as soon as I spoke to him he was passionate about the car. He was talking in so much detail,” says Russell. It was enough to convince him to make an offer just 15 minutes after the advert went live!

The car didn’t disappoint when he went to see it. “As soon as he opened the garage door I knew I had to have it.”

Engine specification and power claims are not something Russell gets too hung up on. “When I had the first GTR and Can-Am, one had 400bhp and the other had 500bhp and I could honestly step from one straight to the other and not be able to tell the difference,” he says. 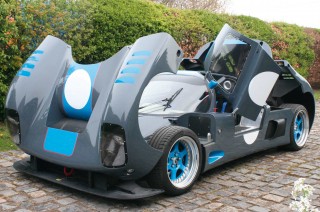 The former keeper built the car in 1997 with an ambition to take it to, and drive it round, every major motor circuit in Europe – something which he fulfilled. He also maintained the car to a high standard, and wasn’t afraid to modify it as he went. One of the most obvious modifications is the front end bodywork, modified by Ultima specialist Steve Smith. The wide air intake and wing-top vents give the car a more aggressive look, and has become a popular tweak among Ultima owners. It’s something that Russell would have done himself anyway.

Another major post-build upgrade was a thorough rebuild of the small-block Chevy engine. There are bills for £40,000 since the car’s completion, so it would appear to have been maintained regardless of cost. That doesn’t mean that Russell hasn’t put his own stamp on the car since buying it last year. When he bought it, it was metallic blue with silver stripes. “It had a bit of track rash, so I decided to change the colour,” he says. The solid grey hue is very contemporary, and is brightened up with the blue and orange detailing.

One major aesthetic feature that Russell is in favour of is the removeable wing. In period, the Sports was available with three different wings – a tall one that ran from side to side, a ducktail style spoiler and the one fitted to Russell’s car. “I love the shape of the car with or without the rear wing, but usually without,” he says, so the fact he can run it in either configuration is appealing.

And it’s in the tail end styling that the Sports is most distinctive, the rounded-off rear a contrast to the cut off Kamm style tail of the later GTR and Evolution models. It’s more than just for the car’s 1980s Group C looks that Russell keeps coming back to Ultima. It’s the combination of its performance and the basic ingredients it’s made from that he finds so captivating.

“There’s nothing out there that can outperform it, has the looks and can be maintained at home. It’s just a Chevy V8 so you can drop the oil and do the spanner work yourself,” he says. “New cars are so filled with technology they frighten me. I’ve just sold a Porsche Boxster S. I could park it in the garage, walk away go back in the garage 10 minutes later and hear a click or funny noise where the on-board computers were still shutting down and going to sleep. There’s too much technology in new cars”

And it’s not as though he’s so blinkered as to not give other cars a chance. In between his six Ultimas, Russell has also owned a Lotus Exige V6, an Elise S2, a Noble P4, an Ariel Atom and that Boxster. The Ferrari P4 replica came close to the appeal of the Ultima. “It was beautiful,” he says. “It sounds sad, but I’d sometimes just look at it in the garage. But the thing that always bugged me is that was a fake Ferrari, and people can be very dismissive.”

With the Ultima, Russell tends to get a warm reception wherever he goes. He talks of a trip to the Laon Historique in the green GTR where he and fellow Ultima owner Graham Pascoe (whose modified Can-Am was featured in our December 2016 issue) were waved through to the front of the queue by event officials to lead a procession of cars through the town. As the parade lap came to an end, Russell noticed a child in a wheelchair who was taking photographs of all the cars. In broken French, he asked the child’s parents if he would like a ride. His eyes lit up at the sight of the Ultima and his father couldn’t get him to the car fast enough. It’s easy to forget how much power to delight a car like this has.

And, for Russell, that’s what owning a car like this is all about. Before the photoshoot he apologised that the wheels needed cleaning because they were covered in brake dust, but it’s an indication that he uses the car as much as he can. Is this Sports likely to cause more regret if he ever sells it? “No, this one is a keeper. You won’t get another one like it.”

IS ONE’S A KEEPER. YOU WON’T FIND ANOTHER LIKE IT”

ABOVE: Open wide! Sports looks great even with everything open.

The car as it looked when Russell bought it. One of his previous GTRs. His first Ultimas – GTR and Can-Am. 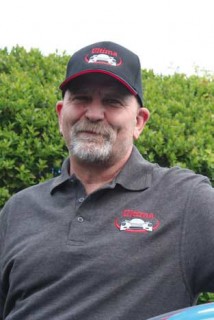 Best tool in your garage: Fridge for the beer!

Small-block Chevrolet V8 was rebuilt before Russell bought the car. Modified bodywork gives good access to everything in here. Interior is sparse and purposeful. Businesslike and old-school – it’s easy to maintain. 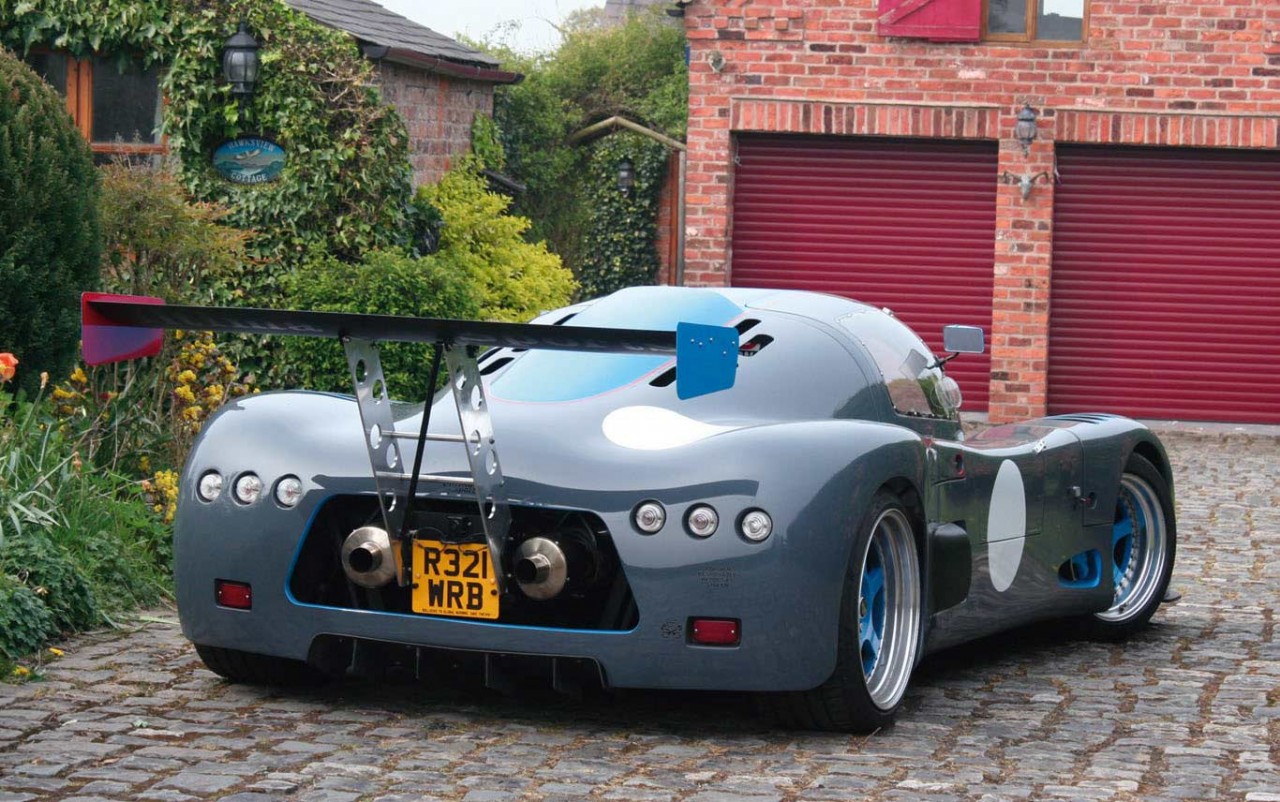 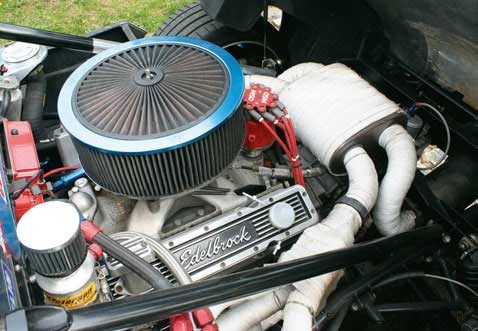 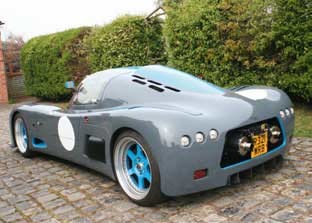 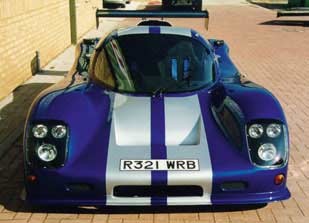 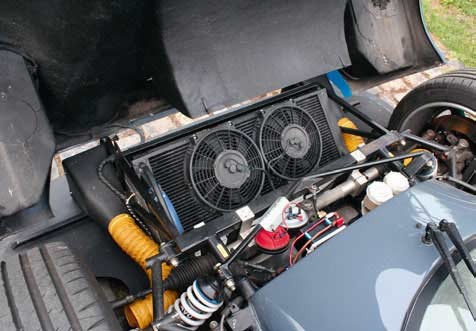 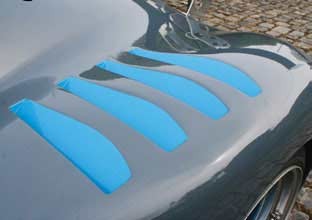 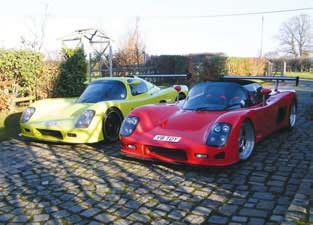 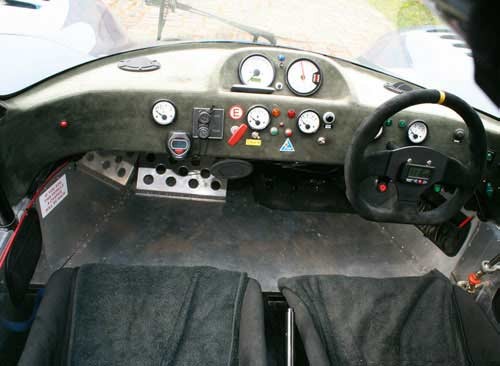 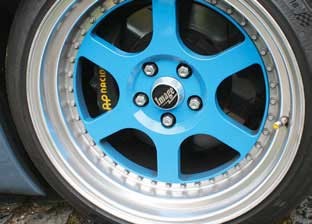 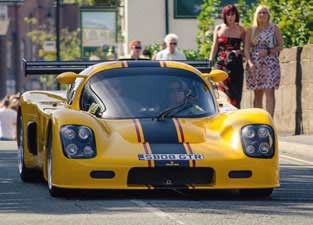 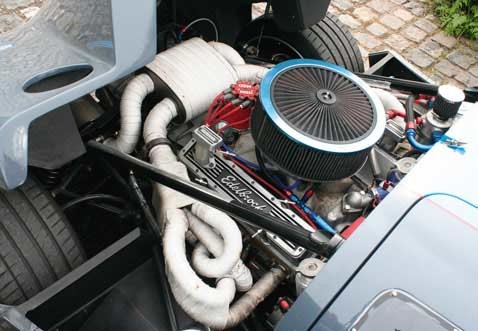 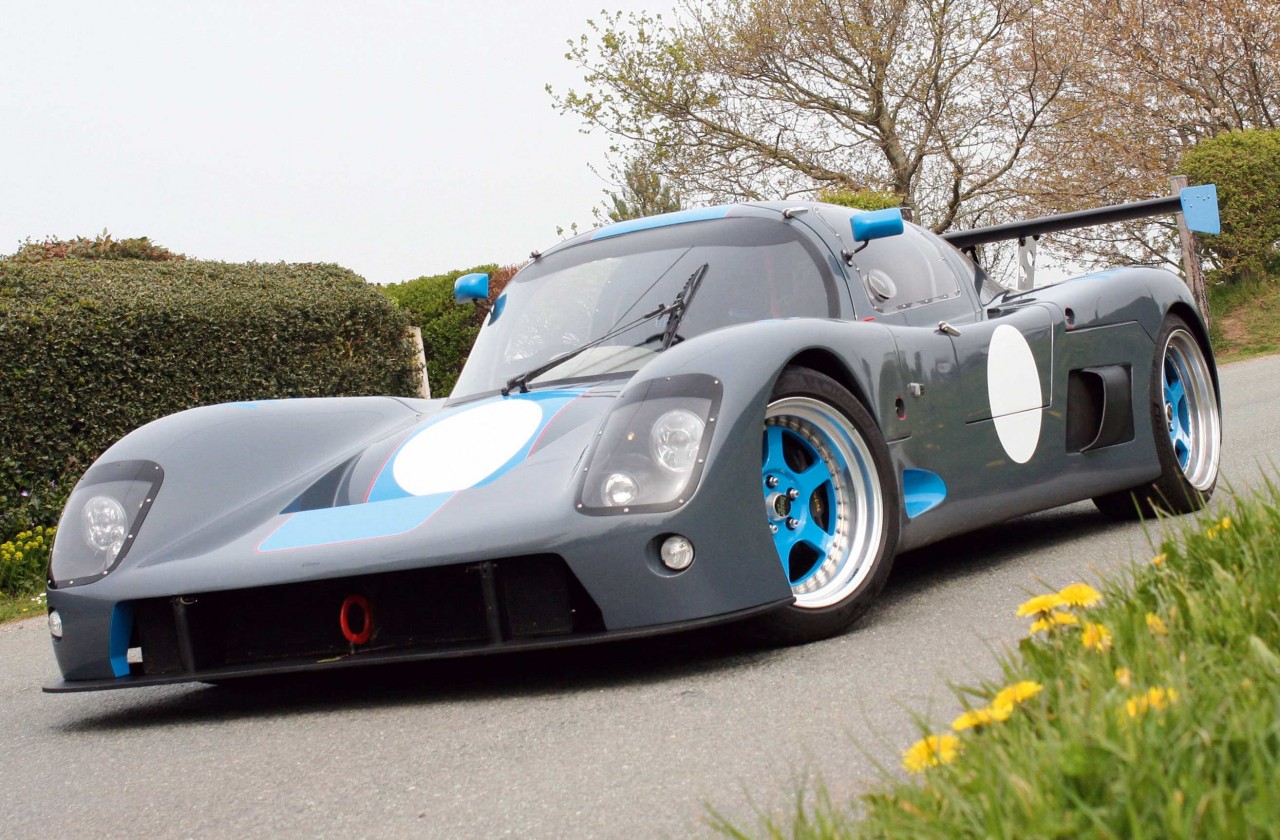 Adam GREAT Wilkins has not set their biography yet