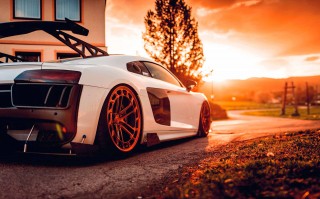 For many the V10 Audi R8 is the ultimate all-round usable supercar, but for Otto Winter it was merely the base for his idea of hypercar heaven! Words: Tony Saggu. Photos: Mike Crawat.

As someone who has let an enthusiasm for all things automotive develop into an all consuming clinical condition, resistant to good common sense, scientific medicine, financial prudence or any other such discretionary impediments, I’m normally on call for any modified trinket manufacturer ready to debut something new, in the front row to view the next best thing, ever ready to spend money I don’t have on stuff I don’t need. If there’s even a hint of a promise of shiny new clobber to make my jalopy just that bit finer or faster I need to know about it. There is, however, one and only one roll out I won’t be at, an unveiling I’ll give a miss... a premier I’ll pass on. If there’s one automotive occasion I’ve developed a healthy contempt for, it’s the auto industry’s public presentation of the prototype. We’ve all seen them; some factory suit whipping the cover off a sublime vision of auto architecture, normally bold, beautiful and beguiling with curves and contours you’d happily give up several arguably necessary internal organs for. It’s all smoke and mirrors though, car sales snake oil, an exercise in bait and switch we should be used to by now. Somewhere between Paris, Frankfurt, Geneva and the like and your local dealership, the enchanting temptress becomes a bland commuter can with the bewitching allure of a colonoscopy. Remember the much hyped captivatingly awesome pre production reborn version of a certain legendry Japanese sports coupe? The spectacularly disappointing production version will be in showrooms soon.

So when back in the early days of the new millennium our friends at Audi started throwing around rumours of a new supercar project they had on the drawing board; a mad motor with Lambo looks, aluminium and carbon ibre construction, an insane mid mounted V8 powerplant and a racecar suspension, most of us dismissed it as another exercise in factory fabricated fiction. The boys at Audi Sport promised a road going version of their successful Le Mans racer, even nicking the name “R8” from the concept, more than a mere sports car, this would be a racecar with number plates which anyone could stroll into their local dealer and buy. When they displayed a futuristic groundbreaking vision of awesomeness at the auto shows around Europe in 2003 we were intrigued but still highly suspicious, once barely disguised road going test cars started showing cruising the autobahns, disbelief was beginning to be suspended and things started to look promising. “When I first saw the car in person I couldn’t really believe it,” recalled Otto Winter, “It looked like a Ferrari or Lamborghini with an Audi badge on it.” The motor mad Munich resident was as gobsmacked as the rest of us, Audi had actually done the impossible; given enthusiasts a car that was everything they had promised and more. “I grew up loving and believing in the Audi brand and the R8 was like a vindication, a reward to Audi guys proving to everyone something we had always known, that our cars were truly world class.” The German gearhead had spent a few years working his way up the Ingolstadt range, eventually finding himself behind the leather wrapped wheel of a much modded RS6 C7, he admits that though the race inspired V8 wagon did everything quite perfectly, the lure of the two seater flagship was stronger than he could resist. “It took a long while before I could put myself in a position to trade the RS for the R8, but I made getting one a motivational goal.” A couple of years ago in late 2017 the six was eventually swapped for an eight, and although the seating capacity went down the cylinder count added a couple of slugs. 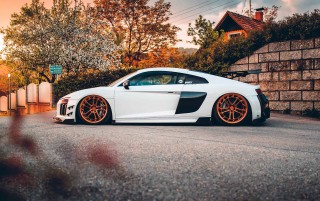 “They also built a custom straight piped exhaust which is insanely loud, it sounds exactly the same as an F1 car at wide open throttle”

Seeing that he was going to be splashing out on an exotic, our man Otto decided he should forgo the base model and go for the “Plus” R8, because having a shade under 540 horsepower would simply never do, especially when over 600 ponies can be had with a factory warranty attached, they dress it up in carbon too. “I managed to find a basically new 2015 with less than 1300 miles on it,” explained Otto, “It was in Ibis White which was a real plus for me,” he joked, “for me it’s the best colour they come in, it really shows off the amazing lines of the car.”

Leaving the car stock had never been part of the plan, so within a couple of weeks of signing on the dotted line the coupe was dropped off across the border to Austrian tuners Puffy Performance. “I’ve worked quite a bit with the guys on my previous cars and they always know what to do and how to do it. We had my old RS6 tuned to just over 750hp with the handling and wild exhaust note to match,” he told us, “I knew they could do even more with the R8 so calling them first was natural.” Although our man was fairly tight-lipped about the specifics of the work carried out under the engine cover, he assured us that the lads at the shop borrowed very heavily from the Lambo Huracan Performante playbook, apparently there’s been “considerable” software shenanigans. “They also built a custom straight piped exhaust which is insanely loud, it sounds exactly the same as an F1 car at wide open throttle.” Visually the plan for the car had been hatched even before he’d bought one, perhaps the most outlandish and aggressive looking version of the car Otto had seen was the infamous factory backed GT3 LMS. “The whole idea behind modifying the car was to blend the supercar scene with the tuning scene, I wanted the car to have a real hard edged race car style with extreme power and the looks to match.” 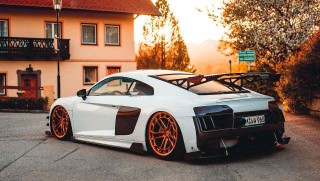 UK based Maxton Design supplied most of the additions to the bodywork, the rear wing and sideskirts received a little custom reforming before being blended to the aluminium. “Certainly the most difficult part of the project was the front bumper. It’s a factory GT3 item and tracking one down took a lot of work, aside from that, being a works racecar part it was never designed to bolt onto a street car.” By all accounts a good deal of custom work went into attaching the prized part, although Otto tells us it was well worth the effort. A heavy tint on the OEM LEDs and a deep splitter up front, along with a custom rear diffuser, adds to the track car flare. The factory fresh R8 cabin conjures up visions of twisty chicanes and chequered lags without much help, but Otto reckons throwing in a Neidfaktor steering wheel and R8 GT full carbon bucket seats adds to the motorsport mix. 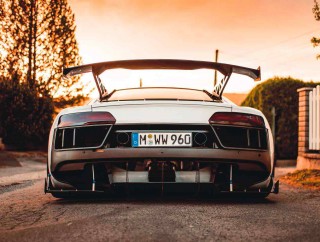 Austrian suspension specialist Dumped GmbBH was enlisted to add the mandatory air ride install. The true track GT3 look demanded absolutely no daylight under the skirts and spoilers and a fully custom built system would be needed to achieve the illusion. “AccuAir E-Level management controls everything but the rest is all custom,” was the limit of the information Otto was willing to let slip on the install, apparently the ride and handling are better than stock allowing him to drive the car hard in all weathers. Vossen stepped up to handle the rolling stock, sending over a set of their LC2-C1 rollers to complete the race ready vibe. There’s little doubt that Winter’s whip only needs numbers on the doors and a few sponsor decals to line up on the grid next to genuine GT3 rivals, perhaps a roll bar might not go amiss, but when it comes to power, style and attitude this badboy lives up to the original factory R8 promise of a race ready street car. It’s a rare example to be sure, we won’t get too used to drawing board daydreams and prototype promises coming true, they’ll have us believing in a new age electric Kombi surf van next... like that’s ever gonna happen. 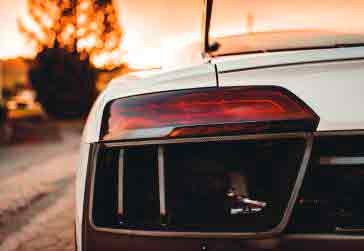 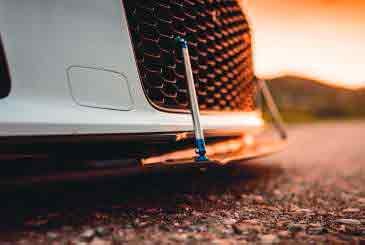 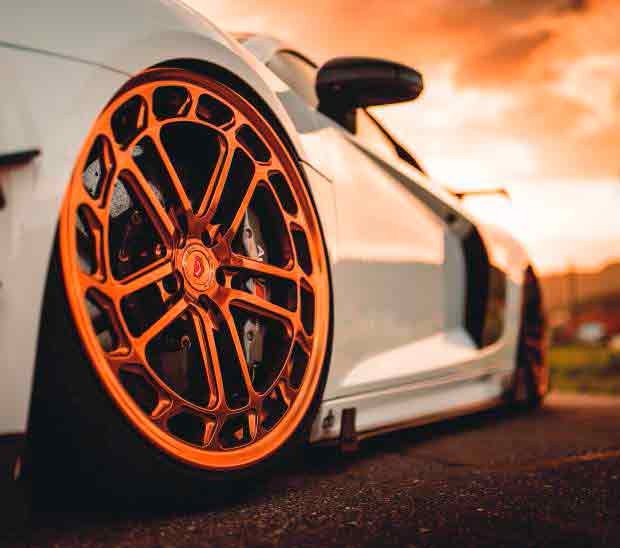 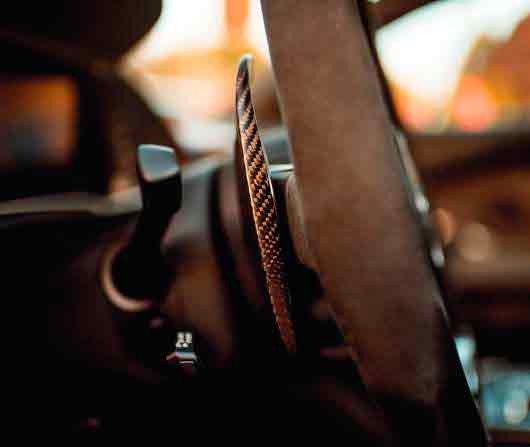 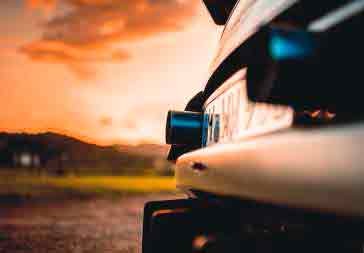 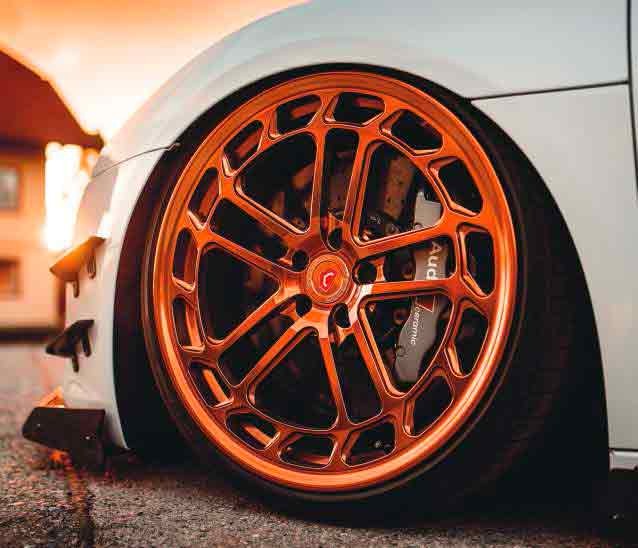 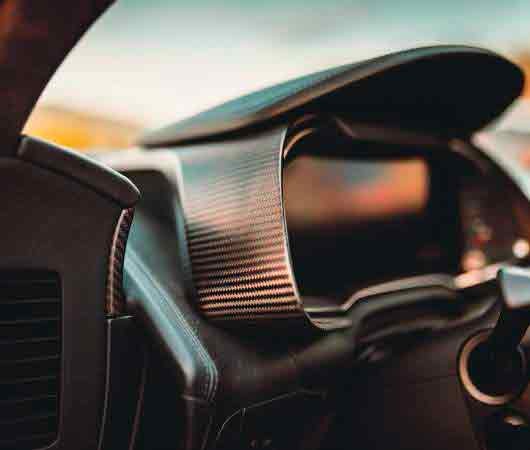 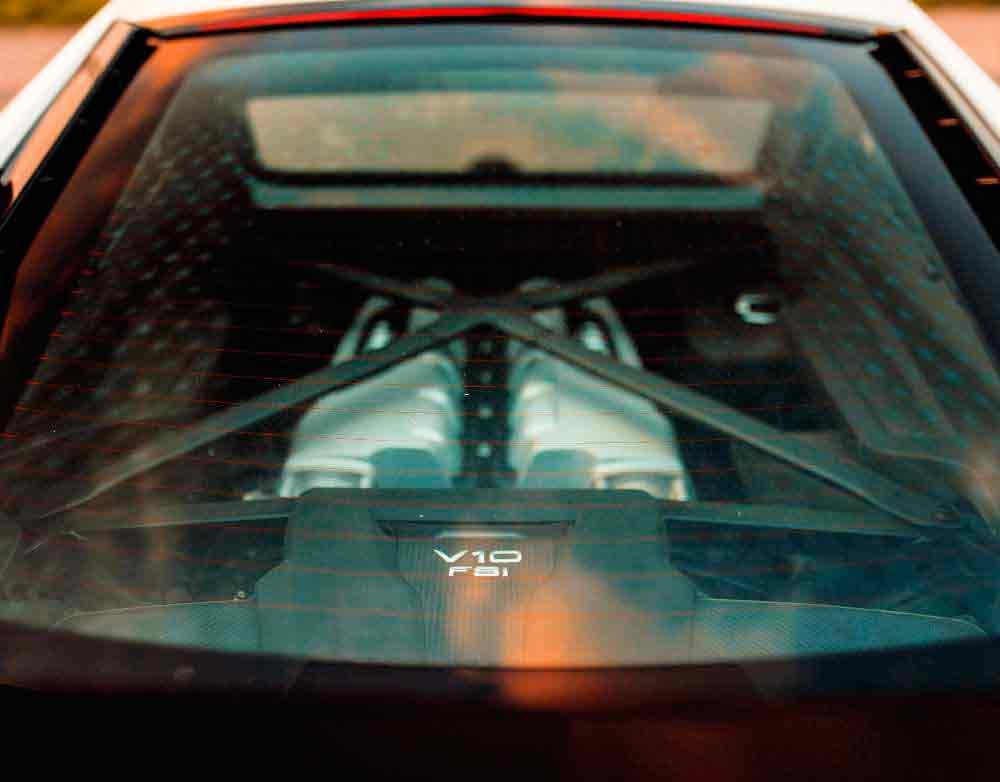 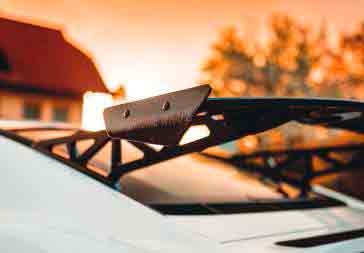 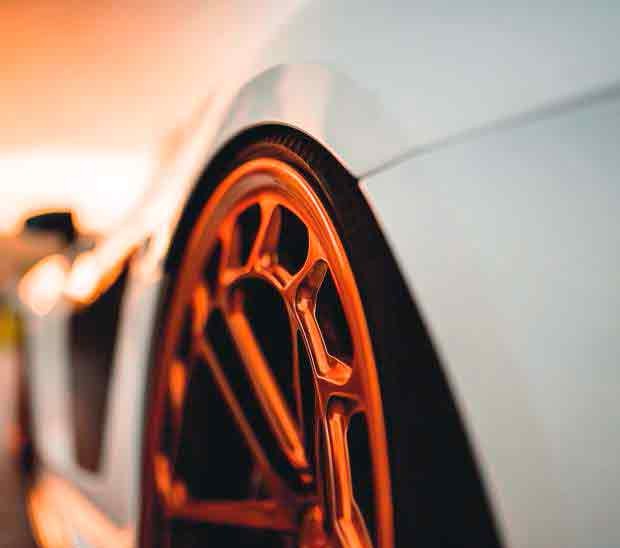 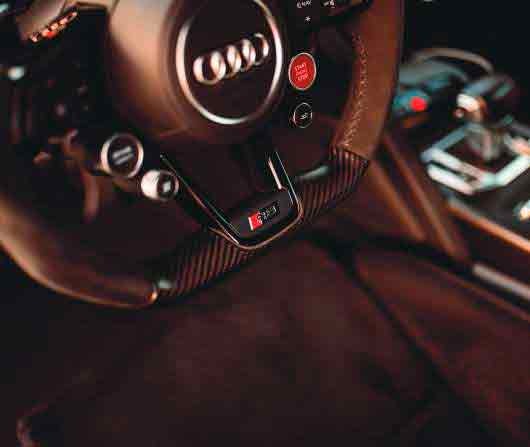 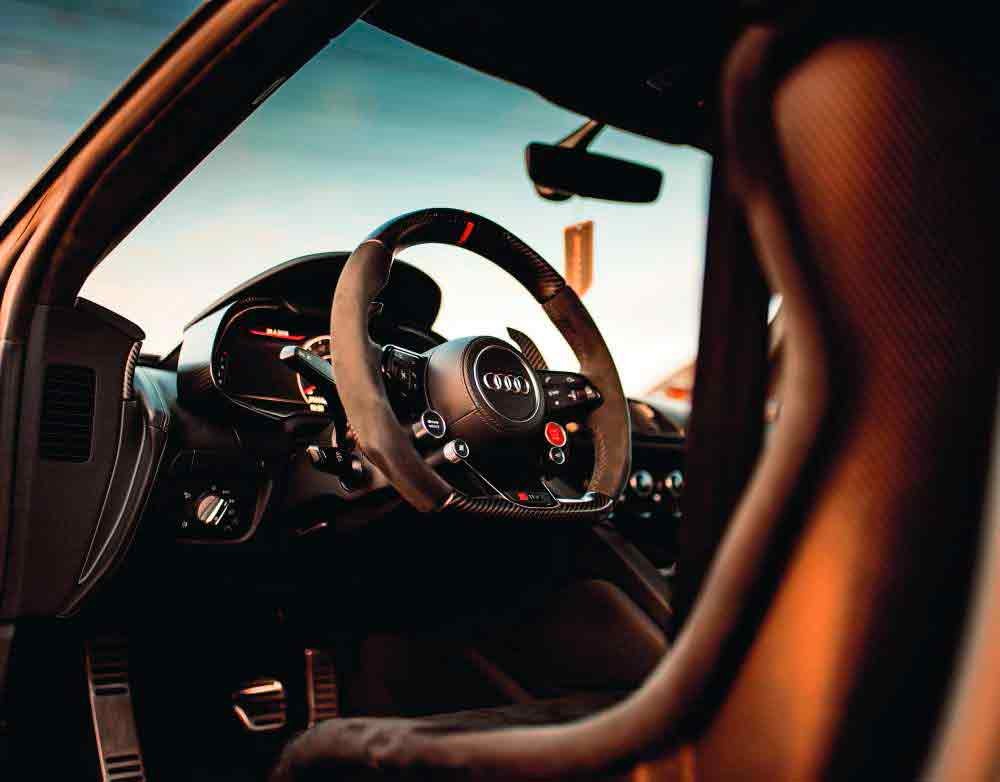 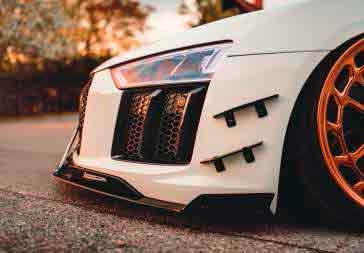 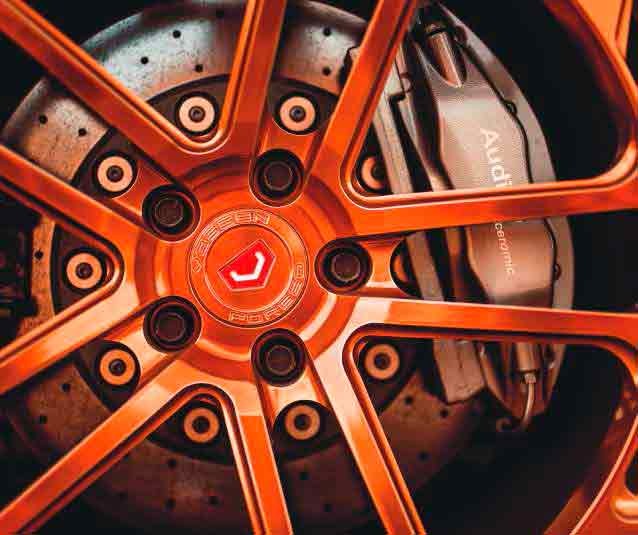 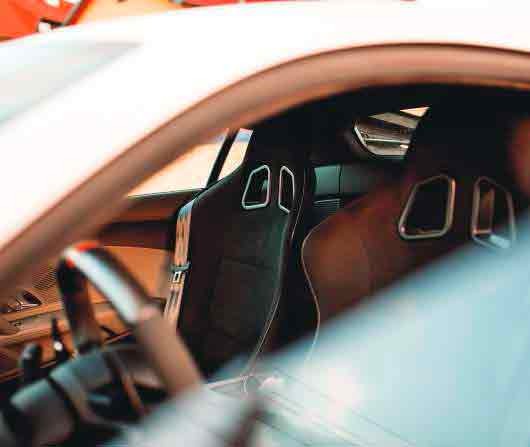 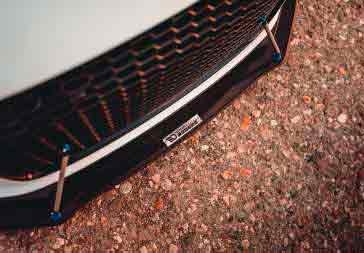