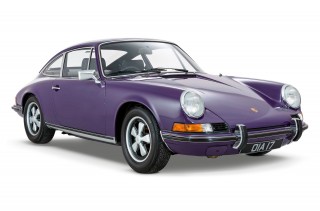 Buying a 911T Your complete dossier of information on the last pre-impact bumper T, with industry tips. Porsche has revived its ‘T’ moniker for the current 991 generation, but what of the original 911 Touring? Written by Chris Randall. Photography by Dan Pullen.

The story of the Touring goes all the way back to 1967 when Porsche expanded what had essentially been a single-model range. Retaining the 2.0-litre flat six, buyers wanting the maximum the 911 had to offer were directed to the 160hp S, while those on a more modest budget could begin their Neunelfer ownership with the T. While it brimmed with character it was certainly a less focused offering, one that boasted just 110hp and provided an altogether more relaxed driving experience. For the 1970 model year all cars were equipped with a 2.2-litre engine and there was a modest increase in power to 125hp, although with both power and torque produced lower down the rev range the entry-level model was a less peaky performer, and one that was less demanding when you weren’t in the mood. 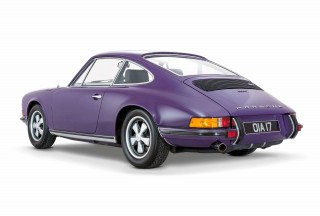 Come 1972 and the E series and you arrive at the car we concentrate on here, the 2.4. Retaining the same valve sizes as the previous unit, a longer throw crankshaft increased the stroke from 66mm to 70.4mm and, combined with the 84mm bore, it provided the new model with 2,341cc and a power output of 130hp. Further changes included additional oil cooling jets for the pistons, a counterweighted crankshaft and revised cam profiles, along with a compression ratio lowered from 8.6:1 to 7.5:1. Fuelled by a pair of triple-choke Zenith 40TIN carburettors – the 2.4T was essentially the last of the carb-fed 911s, although US-bound F-series models got Bosch injection – it was a decently strong performer, with the 0-62mph sprint reeled off in 7.6 seconds and a 128mph top speed. Still notably inferior to the ‘S’ it’s true, but eminently respectable for 1972.

A four-speed 915 gearbox was standard while vented disc brakes clamped by cast iron calipers ensured it didn’t lack for stopping power. Development slowed somewhat for the 1973 F series, the changes being of the detailed variety such as black horn grilles while the adoption of the front spoiler from the S was optional. In all, Porsche would make 16,933 2.4-litre T models, which could certainly be considered respectable for a car that sat at the bottom of a very capable range.

Wringing every last ounce of performance out of an S is as entertaining as you’d expect, but if you value how you arrive at your destination as much – or more so – as how fast, then the T could suit very nicely indeed. Of course, you may still find the ultimate lack of pace disappointing, but the 2.4T has passed through Total 911 hands often enough to know its talents go deeper than mere statistics. Its drive is most rewarding when keeping momentum, perfect for the touring element for which this model was intended. And then there’s the deliciously tactile feedback from the steering, making this a 911 that’s not to be taken by the scruff of the neck, but rather one you can guide with your fingertips. Many are modified to unlock more power than stock. 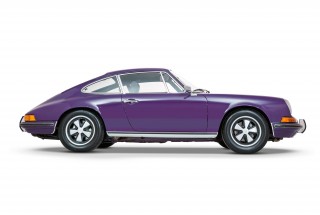 It probably won’t come as any surprise that the T has always lived in the shadow of the more powerful and more desirable S. That’s certainly been true when it came to values. Values of many models have settled now, and that downward realignment has affected the car you see here as much as it has other 911s.

According to Paul Stephens of the eponymous Essex-based specialist, very good examples that were fetching in the region of £100,000 four or so years ago are more likely to carry price stickers some £20,000 lower today. That said, he does point out that definitive valuation in today’s market isn’t entirely straightforward, but that original, unmolested examples will always hold huge appeal. It’s also worth mentioning that right-hand-drive cars command a significant premium. As to where values go from here, it seems that more time is needed before we know for sure.

Neunelfers of this vintage fall into three main categories: highly original, untouched examples; those that have been restored, and those that will almost certainly be in need of some restoration. The former will always be the most sought after and fetch the highest prices, but while seemingly ideal on the surface there are traps awaiting the unwary. Establishing the provenance and authenticity of cars in this category is crucial, so engage the services of a specialist who can help decipher the paperwork and history. 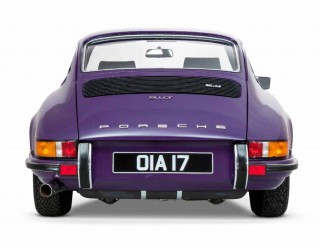 As both Paul Stephens and Autofarm’s Mikey Wastie point out, it is often preferable to begin with an unrestored example – at least then you can see exactly what you’re dealing with. That’s certainly a risk when it comes to restored cars, with any car that’s had work a couple of decades ago potentially being in line for further attention. The quality of any previous work is of paramount importance, and the only way to ensure corners haven’t been cut is to make sure you’re looking at a documented restoration carried out by a reputable specialist.

This brings us to those cars in need of work, and it will come as no surprise that corrosion is the biggest risk. 911s of this age contain all manner of rust traps, so areas including the inner and outer wings, sills, screen surrounds, door pillars and the floors of the cabin and luggage area will need detailed scrutiny. There’s also the risk of previous accident damage that might not have been repaired to the standard you’d expect. Replacement panels certainly aren’t cheap – both a front wing and luggage compartment lid are in excess of a thousand pounds, and a front bumper costs nearer twice that – but those numbers pale in insignificance when you consider that a thorough restoration could swallow £100,000.

As for the mechanicals, the flat six can suffer from a number of costly issues including distortion of the magnesium crankcase and the risk of bolt threads pulling out. It’s also unlikely to be entirely oil-tight, although leaks shouldn’t be major. Evidence of careful maintenance is the key to longevity. Should a comprehensive rebuild be needed, budget in the region of £20,000 and ensure that the work is done by someone who knows these cars. The same applies to the transmission, which could be suffering from an obstructive shift or crunching synchromesh as age and mileage take their toll, and you’ll need to set aside around £5,000 to have it fully overhauled by a specialist such as Autofarm. Areas such as brakes and suspension don’t give any real trouble as long as neither have been neglected – and as with all older 911s, the 2.4T benefits from regular use – although the latter can succumb to expensive corrosion around mounting points, and parts aren’t cheap; an original front damper is more than £700.

Assuming the bodywork is sound, a scruffy cabin shouldn’t be a deal breaker, although a couple of thousand pounds can be spent refreshing it. Be wary, as a basket case could cost five-times that.

Let’s start by tackling the second part of this section: the ownership experience, depending very much on the sort of T you’ve bought in the first place. Given the cost of total restoration, to say that caution is needed would be something of an understatement, and as both of our specialists make clear the need to get the buying decision right to begin with is of paramount importance. Get it wrong and a world of financial pain awaits, but assuming you’ve heeded that advice then you can look forward to enjoying a characterful and rewarding slice of 911 history, one that’s far more capable than the bald figures for power output and performance might suggest. As for investment, well that’s a rather thornier issue to tackle with any degree of certainty. It seems the market for these cars is still finding its feet, so we might have to wait a while longer to give a definitive verdict here but, according to Paul Stephens, a return to six-figure values looks unlikely for the moment.

You won’t need us to point out that buying a 911 45 years ago would have entailed rather less in the way of hours spent poring over an options catalogue. Ticking the boxes for anti-roll bars, a five-speed gearbox and Fuchs wheels would no doubt have been tempting for many buyers, and these are all nice to find today. We’ve already mentioned that left-hand drive presents a cheaper route into ownership, so that’s worth considering too, but by far the most important thing today is condition. Frankly, any discussion of specification is somewhat superluous when an unwise buying decision could land you with a stomach-churning restoration bill. Whether you’re looking for a 2.4T in superbly original condition, or one that’s been subjected to extensive restoration and is ready to enjoy, your efforts should be expended on finding the right car.

The 2.4T is one of the slowest and least powerful 911s you can buy, with a lowly one-and-a-half star rating in our Data File. However, it still offers a good, classic 911 experience and, unmodified, makes for a good Sunday driver.

It might not have pace, but what it does have is character to burn, and for admirers of early aircooled cars that may well prove enough. Even with uncertain values its driving appeal shines, and for that reason alone we’d urge you to consider one.

THANKS Finished in period-correct Royal purple, this stunning 911T is available for purchase at Hexagon Classics. For More information call +44 (0) 7522 911 911 or visit hexagonclassics.com. 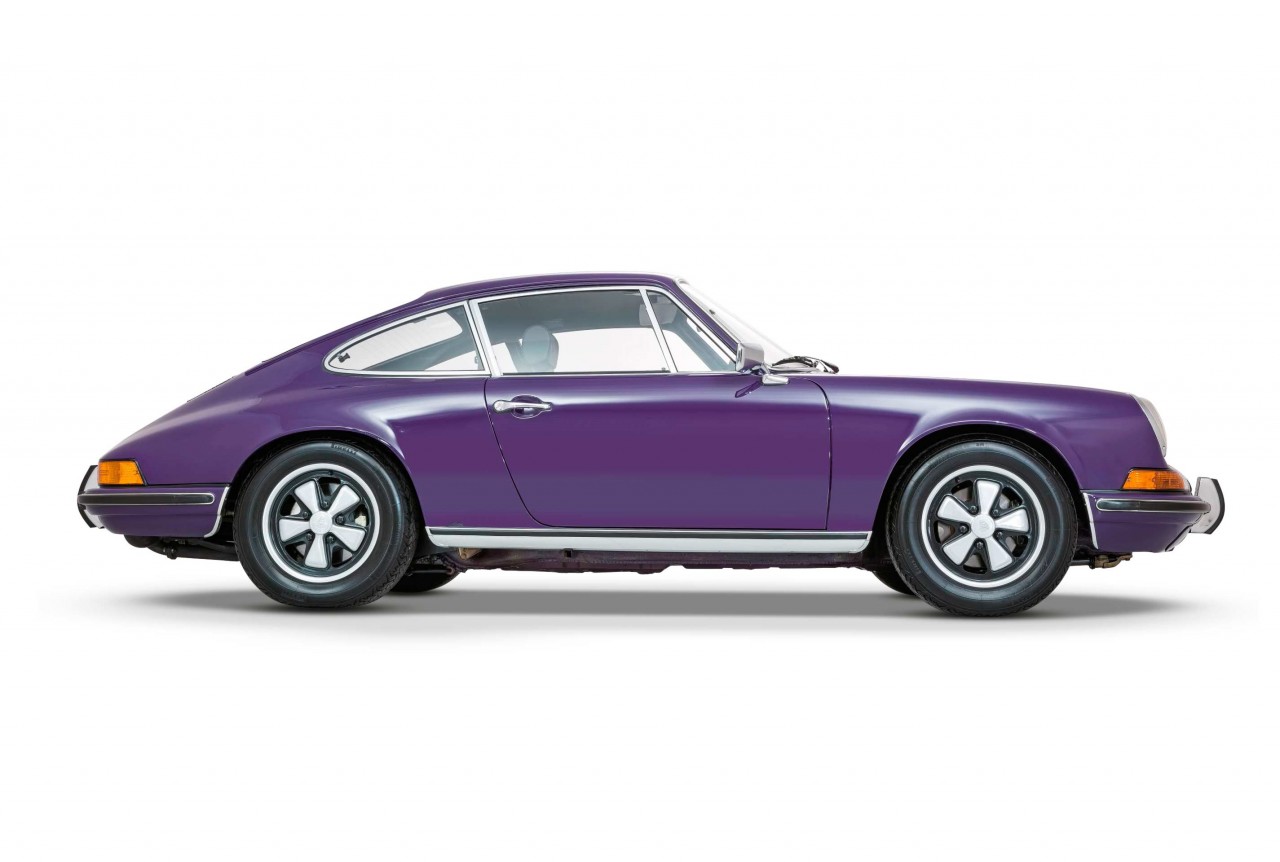 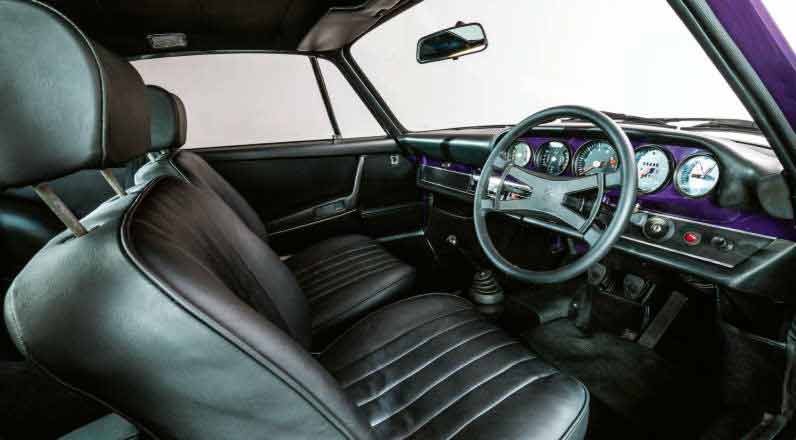 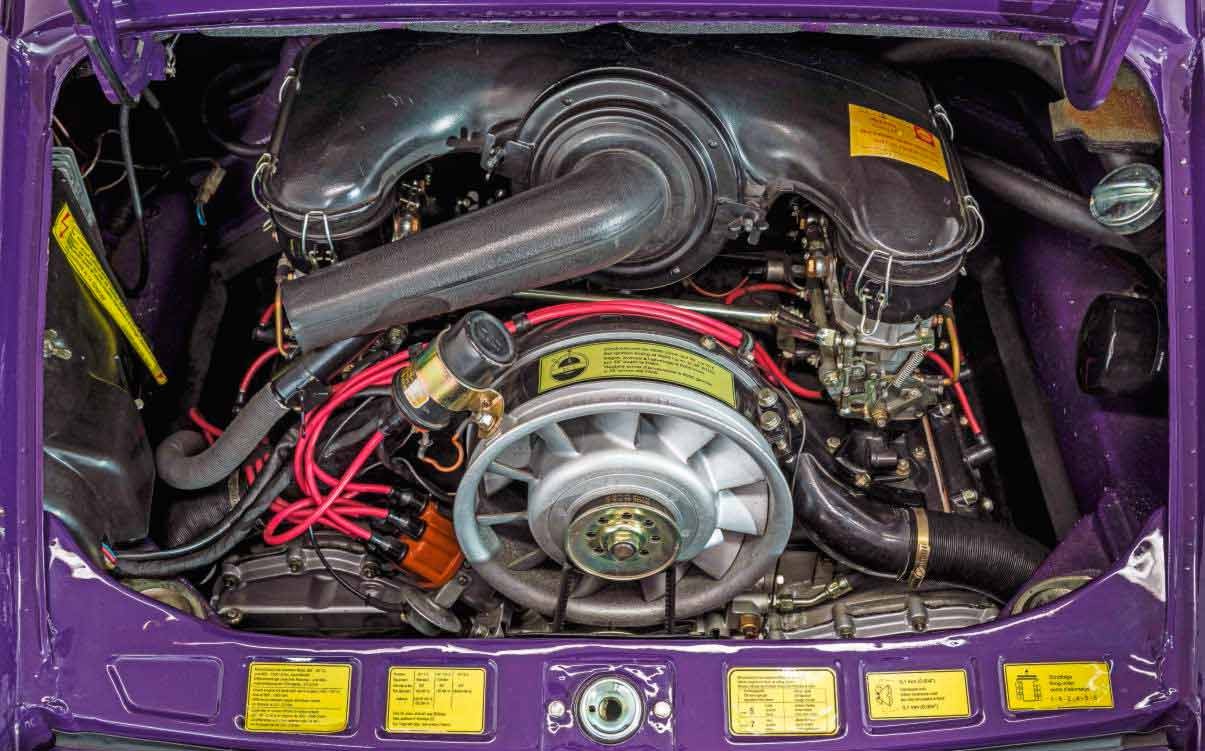 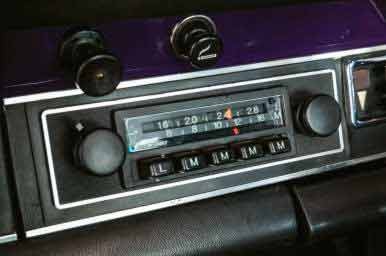 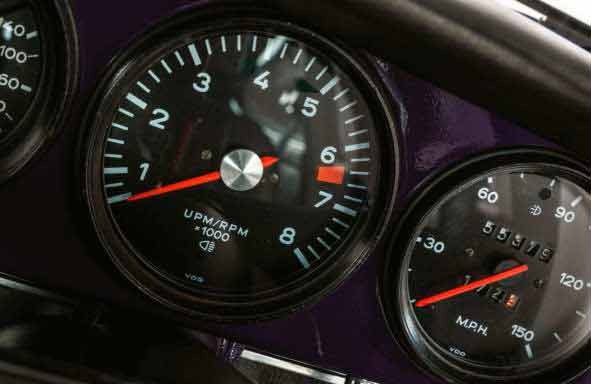 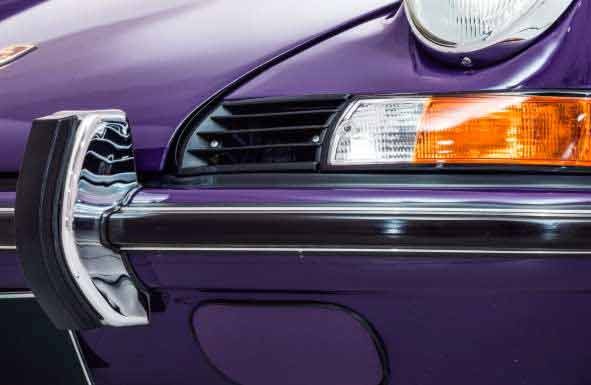 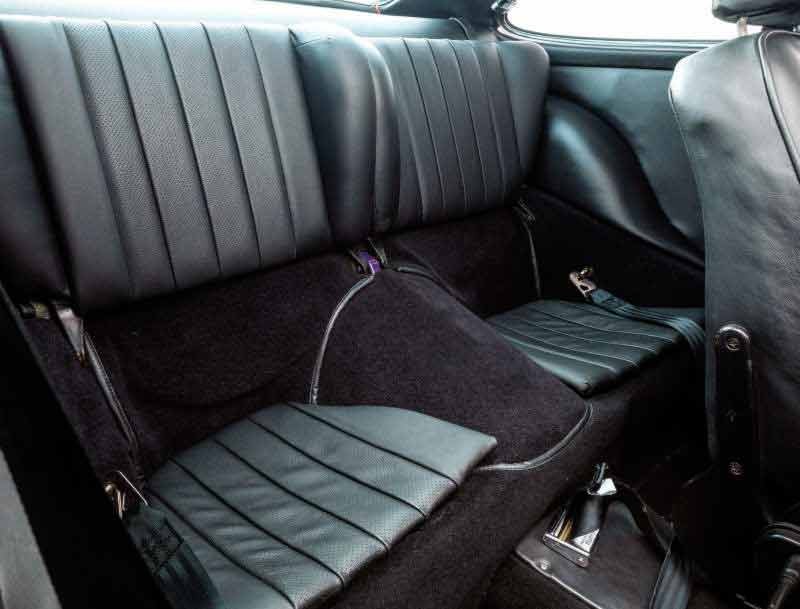 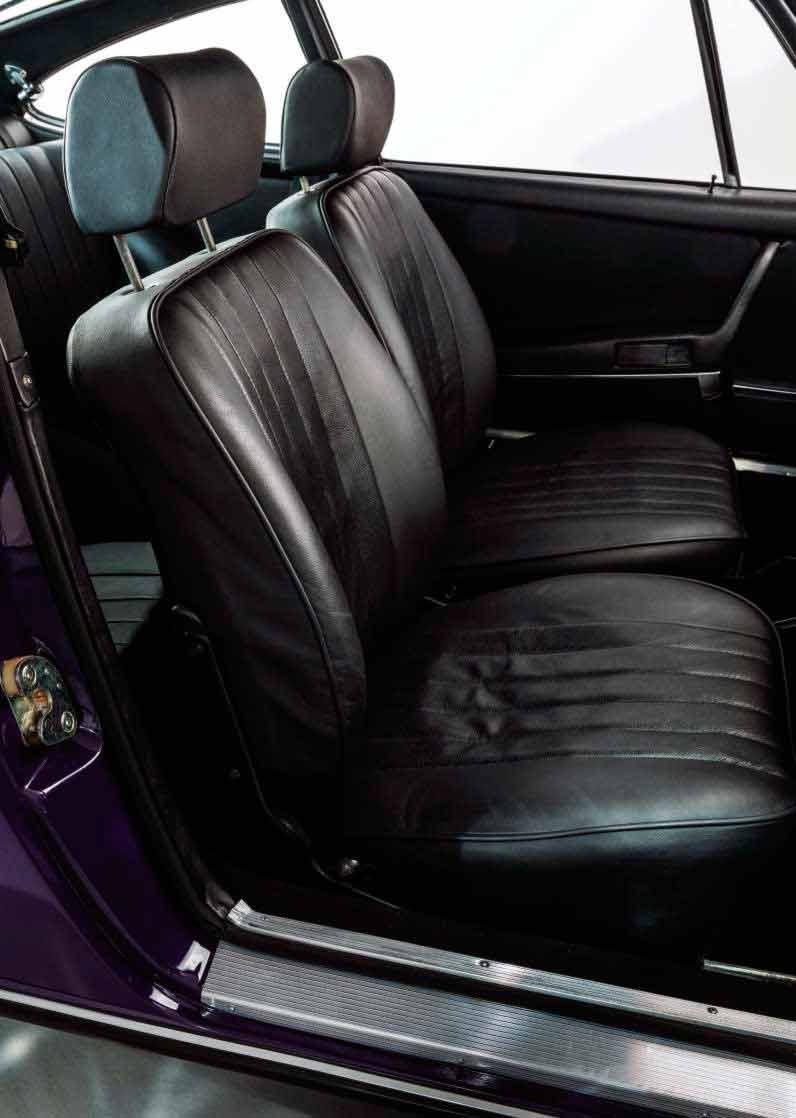 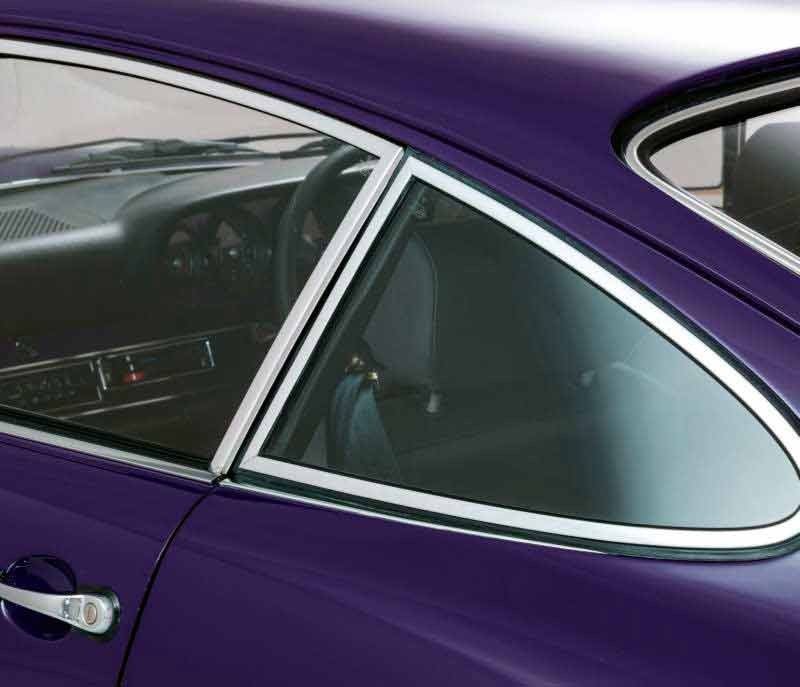 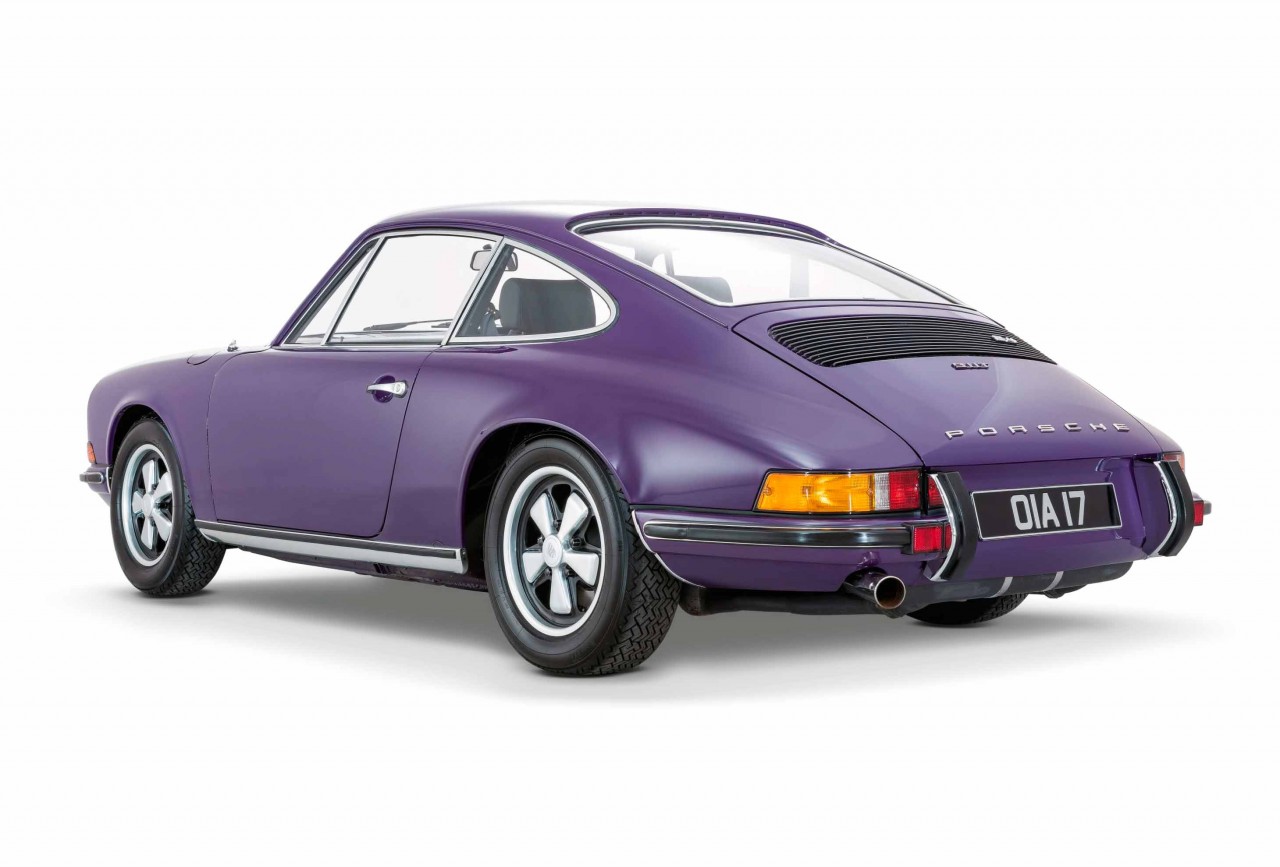 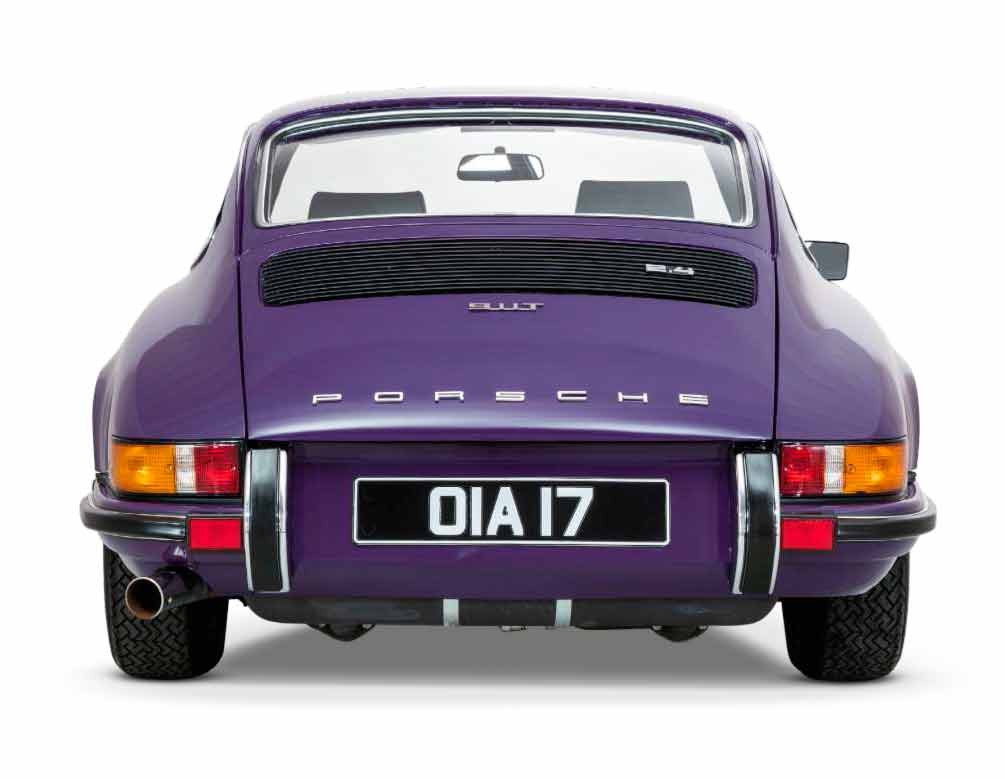 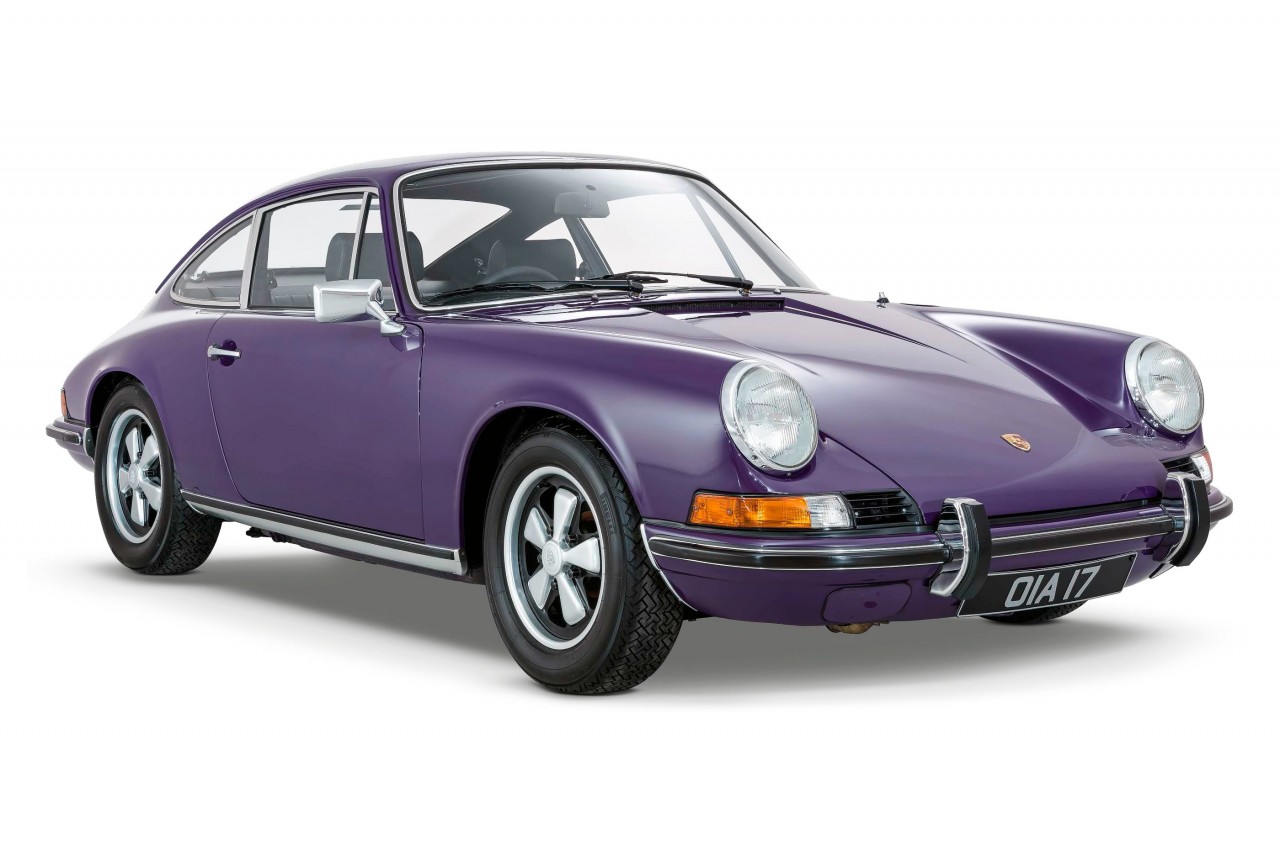 ABOVE Carb-fed flat six provides a distinct sound. Zenith carbs were standard, though some have been upgraded to Webers. ABOVE Black horn grilles are design mark of 1973 model year; T had lower redline than top-spec 911S.

The current market makes establishing 2.4T values a slightly tricky affair, although it’s safe to say that we’re looking at £60- 80,000 for a nice one in restored condition. It’s a sum that presents 911 buyers with all manner of tempting options, from the modestly performing aircooled to the rather more thrilling.

Available in either 2.0, 2.2 or 2.4-litre guise, there's plenty to choose from, from the first 'injection' Porsche 911. Our budget should secure one in reasonable condition that can be used and improved, but like our subject car it’ll need thorough examination by an expert before purchase.

Ample performance, plenty of traditional air-cooled charm and the ease with which it settles into life as a daily driver means the SC ticks plenty of boxes. Our budget will buy the very best Coupe, but there’s also the option to keep a few pounds in the bank and opt for a Targa or Cabriolet instead.

Once a bit unloved and now with values firmly in the ascendancy, this more modern take on the air-cooled theme holds plenty of appeal. There’s a variant to suit most tastes, but all still need careful buying if big bills are to be avoided. It’s an awful lot of character for the money, though.

Boasting almost three-times the power from its Mezger engine, this could hardly be a greater contrast to the relaxed demeanor of the T. Still, the analogue, track-focused nature thrills like few cars. Special to own and drive and with prices forecast to climb in coming years, it’s hugely tempting.