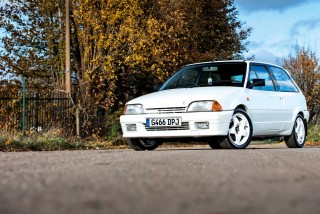 Blanc Cheque How do you acquire a project car without a pile of pounds sterling? Mark Black and his Citroen AX GT have the answer. Words: Emma Woodcock. Photos: Adam Walker.

Cars and cash. Don’t let the two shared letters trick you: the two share less than you might imagine. The more you have of one, the less you have of the other, for starters. Any committed project car builder could tell you that. Leave them alone for an extended period and the two will diverge even further. Deposited in the right rabbit hole, your currency should grow a little as the years go ticking by. Even in the worst case scenario, the numbers after the libra pondo should stand still. 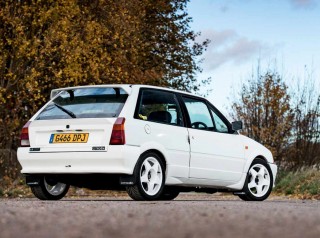 Contrast that with the corrosive atrophy often associated with an ageing hot hatch, where body panels shrink into orange dust with sickening speed. Yup. No matter what the market analysts might say, money and motors are very different matters. Keep all that in mind when you hear this: the crisp, white Citroen spread before you was used to settle a workshop bill. ‘It is a weird story to be fair,’ laughs Mark Black, the car’s current owner and proprietor of RenaultSport specialist Midlands Renault. ‘One of my customers came in to get a clutch fitted and I got wind that he’d got an AX GT at home which had sat for three years. It’d sat for three years, he was moving house and the guy had nowhere to put it.’ Mark saw a mutually beneficial opportunity and it didn’t take long to bring his client on board. Minutes later, the classic supermini had been traded for parts and labour. Unorthodox though the deal may seem, the little Citroen represented more than money for Mark. After starting his automotive life behind the wheel of an inspid one-litre Ford Escort, it was a similar AX GT which first ignited his love of all things automotive.

Despite arriving in his life minus its rear hatchback, the red Citroen showed him that cars could be fun. ‘I hadn’t been into fast cars before,’ he explains, ‘but I’ve had them ever since. The AX was just so understated at the time: people didn’t realise how quick and how fun they were.’ Aged 20, Mark’s inner petrolhead had awoken. Over the next two and half years, the supermini also introduced Mark to the world of tuning. Cruising through the Mansfield nights in the midst of the Max Power era, the AX GT received all the modifications you might expect. Straight line push was boosted to 116bhp by a K&N air filter, jetted carburettor, stainless steel exhaust manifold and a Magnex exhaust, while a Saxo VTS brake conversion and dropped suspension kept youthful exuberance bound to the bitumen. A set of Compomotive MO5 alloys completed the look. 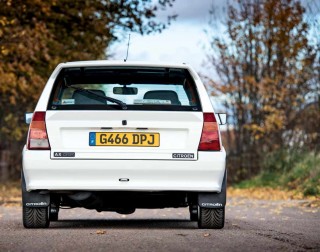 Despite his fond and formative memories, the white AX doesn’t mimic its predecessor. ‘I didn’t want to change the colour of this car to red to match the one I’d had before,’ he says. ‘I certainly thought about it a few times, mind.’ Mark also followed a more moderate route when it came to modifications. A K&N air filter, mild Koni springs and a lowered rear torsion bar form some of the only modifications and each can be easily reversed. To make such a move even easier, the original factory parts have all been stored in the workshop for safe keeping.

Every good rule deserves one exception, mind. For Mark, that meant fitting a set of Compomotive MO5 alloys. Formed from five thick wedges and aggressively evocative of the eighties rallying scene, the rims give the Citroen’s sharp lines a welcome kick of attitude and reflect the identical sort worn by Mark’s first AX. Sourced from Scotland and restored by Marriot Shotblasting and Powder Coating in Chesterfield, they’ve been colour matched with the bodywork to striking effect. Even then, there’s no guarantee they’ll stick around long term. Mark might have reservations about the standard wheels’ aesthetic but he does appreciate the show scene impact of arriving with a factory finish survivor. You’d never know today but it’s taken hard graft and plenty of talent to bring the AX GT back to its current condition.

When Mark first collected the project, the windscreen was cracked, the side window was smashed and the interior swam under three inches of rain water. Holes had been drilled in the floor but it wasn’t enough, while an unplanned opening in the engine bay was causing problems too. Rust was a rampant problem. After a full strip down, substantial corrosion in both inner wings and the rear quarter panels had to be cut out and new metal welded in its place. A full respray, carried out by N J Bodyworks, followed. Once the Citroen had returned to Midlands Renault, Mark and his brother embarked on the tricky task of restoring, replacing and reassembling all of the car’s componentry. ‘Though the car was battered and bruised,’ he explains, ‘we were really lucky that is was 99% complete. If that hadn’t been the case, it would have been impossible to find some of the parts.’ Even then, the pair endured some serious struggles: the distributor had to be remanufactured by Noble Motorsport; the replacement carburettor was a custom job from Rotec; and fresh dampers eventually came from Citroen themselves. Trim proved a bigger hurdle still. Early rear light assemblies, where the reversing bulb is covered by clear glass, were a struggle to source, while the green-tinted glasshouse required fast action. ‘I phoned my window guy,’ Mark explains, ‘and there were only two of the right windscreens left in the UK. I bought both: I’ve fitted one to the car and kept the other as a spare.’

Inside, a replacement driver’s seat was an absolute impossibility, prompting Mark to get the ripped piping repaired by Peak Auto Trims. The hard work paid off. Just five months after he’d acquired the car, Mark had a perfect Citroen AX GT on his hands. He won’t stop there: the restoration process has also tempted Mark to channel his skills into a couple more project cars. Once he’s sourced a suitable base car, a period perfect Renault 5 GT Turbo restoration is next on the to-do list, while longer term plans for a Meglio 197 conversion will bring his fleet right up to date. ‘I’ve built them for customers before and they’re just fun,’ he smiles. ‘I’ve got most of the parts already, and I’ve already had the engine forged, but it’ll have to wait until I’ve got more time.’

Tucked in the corner of the Midlands Renault workshop, the AX GT has lived a gentle life for the past three years. Only 212 miles have been added to odometer and a trip to the 2018 French Car Show was a rare public appearance. Yet this car looks so fresh it’s still drawing stares while standing still. Customers are always quick with positive comments and the previous owner visited the unit with his parents to see the finished project. He’s delighted to see the car complete. ‘He didn’t want it to be broken but he never had the time to restore it himself,’ says Mark. ‘He knew I’d save it.’

Completion has bought the Citroen’s story to a pause but there’s a very good reason for that: its next owner isn’t quite old enough to take the wheel yet. Don’t worry – she’s only got 16 years to go. ‘I’m saving for my daughter,’ Mark explains, ‘she’ll get it when she’s 18. I’ve been offered £8000 for it but I said no. I didn’t even have to think about it. I’m hoping to get her into cars and, unless I need the money for the mortgage, it’s not going anywhere.’ This Citroen is a long term investment.

“THE AX WAS SO UNDERSTATED, PEOPLE DIDN’T REALISE HOW QUICK AND HOW FUN THEY WERE” 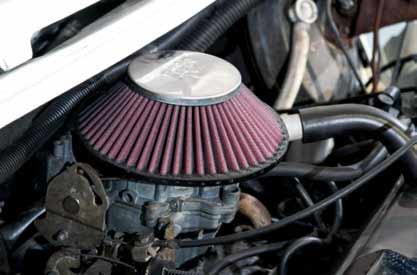 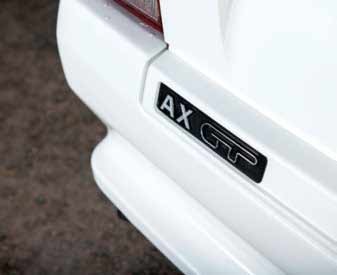 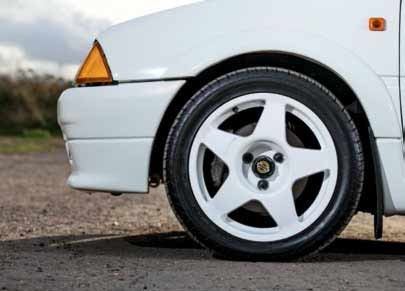 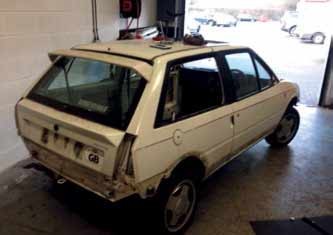 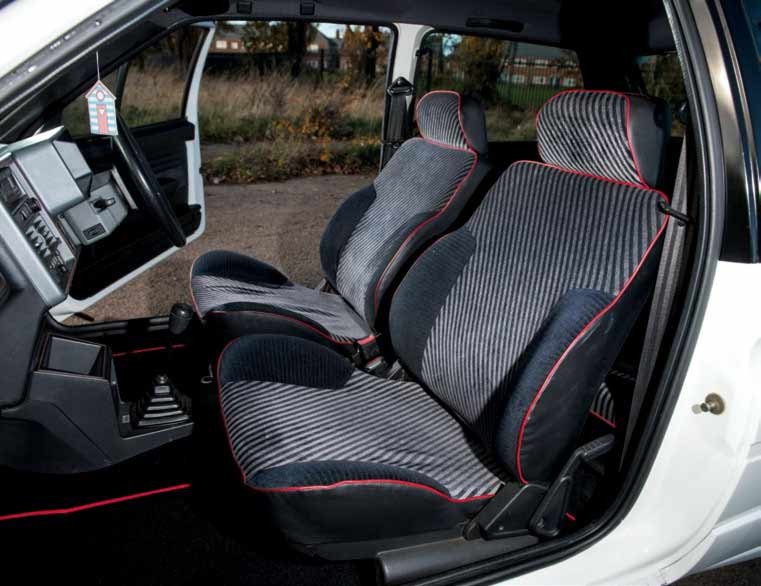 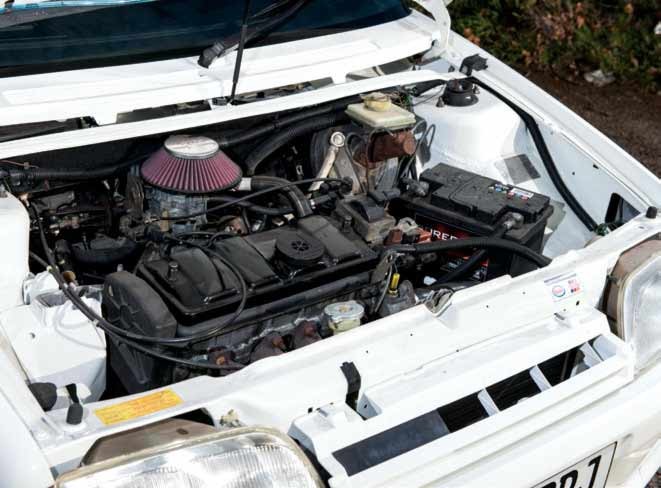 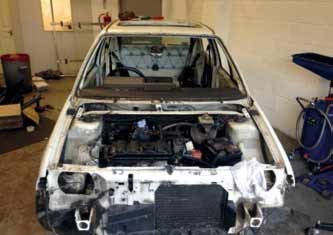 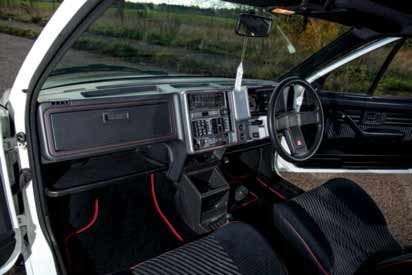 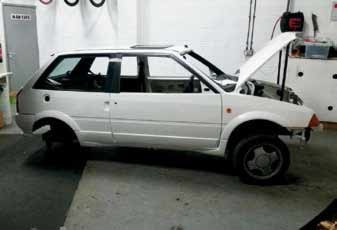 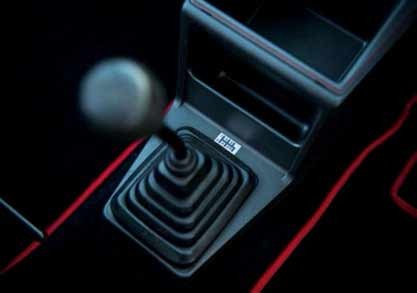