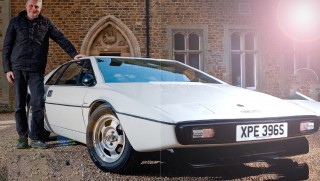 Reader resto 1978 Lotus Esprit S1. The guy who loves me. After it had languished in a barn for three decades, Matt Oxley took just eighteen months to transform a £200 wreck into a white-hot wedge. Words by Martyn Morgan-Jones photography by Gez Hughes.

With an enviable heritage and a strong link between its motorsport activities and road car design, the Lotus marque has long-captivated and enthralled enthusiasts, including Matt Oxley. "My love of Lotus started in the 1980s, while helping Dad work on his Elan," reminisces Matt. "Then, when I started in engineering, I got a Saturday job as an MoT tester. I well remember testing an Elan +2 and appreciating the beautiful engineering. I thought to myself that I must get one of them, one day." 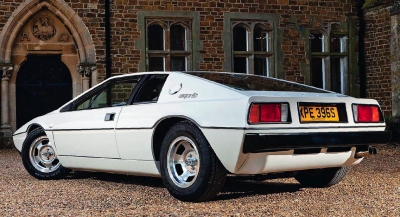 Does it get any more 1970s than a Monaco White Lotus Esprit S1? We don't think so.

That day arrived in 2000. But, Matt didn't buy a good +2, or even an average one. The +2 he eventually bought was truly dire - but affordable. "I never pay much," says Matt, smiling, "and I'm a sucker for a basket case. The worse the car is, the more I seem to want it. I had to replace the interior, repair the chassis and bodywork, and rebuild the engine and transmission. It took me about a year."

Even so, it was a year well spent, as the +2 - which Matt still owns - has proved to be a faithful and entertaining companion. And, in a somewhat tangential way, it was to lead him into Esprit S1 ownership. 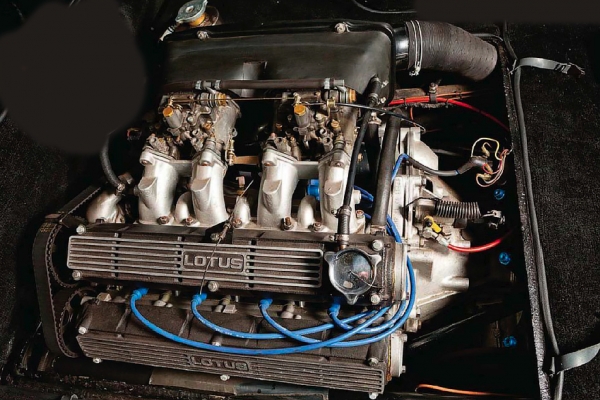 Different sump and custom gear linkage were required to get the S3 engine into this S1 Esprit.

"I was washing the +2, when a local farmer stopped to chat," he recalls. "He said he'd got a Lotus Esprit S1 in his barn and asked me what I thought of them? We talked some more, then he wandered off." 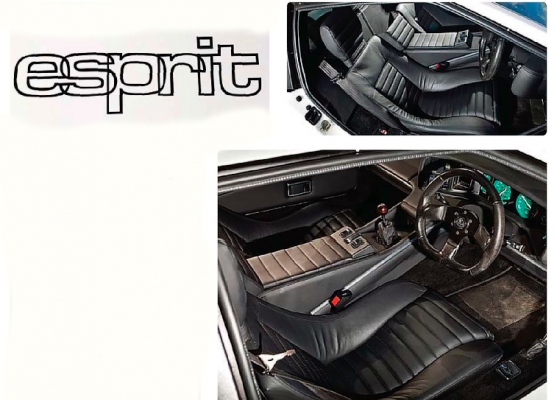 Matt didn't give the Esprit much more thought. Then, months later at his village fete, fate played him a great hand: "I was in the face painting queue with my kids. Ahead of us was the farmer. He asked whether I was having his Lotus. We chatted, and I arranged to see the Esprit. He'd owned it for thirty years - the running gear was rusty, the interior mouldy, and the retro-fitted V8 engine was missing. But he also had the original 2-litre engine. He wanted £200 for everything, so I agreed. It was my kind of car, at my kind of price. That was in 2007."

Matt, who is never ever idle, wasted little time in getting the project underway. "I couldn't wait," he enthuses. "My plan was to tackle the chassis first, which involvedremoving the body. I couldn't have done this without my dad. He popped over occasionally to help."

With the body removed - which required use of high-lift jacks - the restoration began. "The chassis is crucial to the Esprit's integrity,"

Matt impresses. "Luckily, apart from a few small areas, mine was sound. To make the V8 fit, modifications had been made. I brought the chassis back to original and made the necessary repairs. I was lucky to have access to a jig. The chassis was then sandblasted and powder coated. I made the fuel tanks from stainless steel and replaced the rack, radiator, piping, springs, dampers, brake lines, reconditioned the calipers and master cylinders, and used new bolts, nuts, washers and bushes throughout."

On early Esprits, the drive shafts double as suspension top links, so the bushes, bearings, UJs and hubs have to be perfect - but Matt discovered that one hub was damaged. "It's the one that's no longer available." he reveals.

"Luckily, I found someone who was able to repair and remachine the damaged hub to perfection."

The Wolfrace wheels, also Esprit S1 specific, were refurbished by a local motorcycle shop. "I was so lucky they'd survived," admits Matt.

The hub repair and wheel refurbishment were among the few things Matt didn't tackle himself. "I enjoy most aspects of a restoration, including the engine rebuild," states Matt. "The S1 uses Lotus' 2-litre 907 engine. It's okay, but has design flaws. I chose to fit the S3 2.2-litre 912 engine, as it's so much better."

Having sourced a rebuilt 2.2-litre engine and matching gearbox,

Matt, who's a perfectionist, stripped the engine and rebuilt it again. "I'm never happy unless I know everything's been done properly," he confesses. "I contacted Phil Davison at Ravic Engines. Phil built 'works' Lotus Sunbeam engines in period, and still looks after a good number. He's a genius - and a good mate. I modified the engine to his suggested specification, which included using the later 'flexible' flywheel to reduce vibration. The engine now runs smoothly and performs beautifully."

Unlike the engine, the gearbox didn't require a rebuild. "It was perfect," recollects Matt. "But, to make it work in my Esprit, I had to install the S1 selector shaft. And, because the 2.2-litre engine has a different shaped sump, I had to fabricate a new gear linkage. Thankfully, the gearbox operates seamlessly now."

I always thought the Esprit S1 was a beautiful car," Matt remarks. "Even though my Esprit's bodywork needed attention, I could still appreciate the wonderful shape."

What Matt didn't appreciate was the colour: "It was an unpleasant shade of green - with traces of a much brighter green here and there. I contacted Lotus and discovered mine was the only Esprit painted Viper Green. Well, I couldn't live with Viper Green! So, after completing the repairs, including removing the glass sunroof and bonding in a new section, I chose Monaco White - like James Bond's Esprit in The Spy Who Loved Me."

And, as Matt would discover, this was to be his Esprit's original hue. "I found 'white' written on the firewall," tells Matt. "It's such a tangible piece of the car's history."

In between the body repairs, Matt stripped the loom, repairing, soldering, and shrink-sleeving it. He also replaced connectors, added relays, reconditioned instruments, switches, electric motors and installed an extra loom to handle uprated headlight bulbs. He even renovated the seat subframes, although the re-trim was undertaken by a specialist.

"Trimming doesn't interest me," Matt confesses. "I chose satin black leather to reduce reflections in the steeply raked screen. The trimmer also did the headlining and carpet."

The finishing touches, including the side mouldings, handles, and badges, were bought new - but not the door mirrors. They are no longer available, so Matt got creative.

Using a mirror, he moulded covers, ground glass, and engineered the swivelling mechanisms. Each mirror took fourteen hours to complete.

Although extremely modest about what he has achieved, Matt is understandably happy with how the project turned out: "I'm so pleased with the finished result, the colour, and especially the way the Esprit drives. To me, it's everything a Lotus should be."

Lotus, wisely, remained remarkably faithful to Guigiaro's striking Esprit prototype of 1972. In doing so, they created a stunning Seventies supercar. To me, and to many others, the S1 is the purest embodiment of what would be a long-lived Esprit breed.

With the exception of a few carefully selected, yet sympathetic, improvements,

Matt has also remained faithful to Guigiaro's original design intent. And, because of his astonishing workmanship, and attention to detail, he's turned this once-languishing and almost derelict Lotus, into what is possibly the finest example in existence. Fabulous.

Why did you want an Esprit S1?

“I use the Esprit reasonably often, even taking it to the supermarket, and there's often a queue of people waiting to talk to me about it.”

The best moment of the restoration?

“When we dropped the painted body onto the chassis and took the jacks away. It was then I realised I had a complete car – one that looked stunning.”

The most important thing you learnt?

“Never to settle for anything other than the best standard of work.”

“As well as being fast, and rock solid at speed, it's extremely comfortable, relaxing even. The ride is superb.”

It's thought that fewer than forty S1s have survived - with around ten being on the road at present. The condition of the chassis is crucial. So too is the rear driveshaft/hub assembly. Check before you consider driving an early Esprit.

If the engine has been well looked after, or properly rebuilt, it's very reliable. Otherwise it's likely to cause you grief. Gearbox parts are hard to get hold of. Only the windscreen glass is available. The fuel tanks will invariably have rusted and will need replacing.

BRAKES 9.7in discs on front, 10.7ininboard discs on rear

Martin Port has not set their biography yet