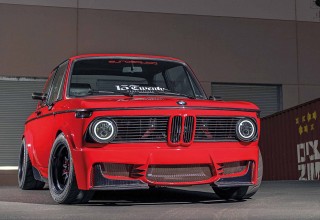 Composed completely of custom components styled after a selection of various BMWs, this wild, M20-swapped 2002 is a true one-off.

When it comes to modding classic BMs it would appear that there are two schools of thought; the first is all about subtly enhancing the timeless, charming styling with some subtle touches that really bring out a car’s best, building on what BMW blessed these old-school delights with when they were created. The other is to just go all-out crazy and completely transform the car, turning it into a truly custom creation that bears almost no resemblance to the original classic it once was. Guess which route Michael Honari went down when building this 2002…

Now, we’re big fans of the clean and subtle approach to classic modding but we also love to see owners going completely wild with their builds and Michael’s machine might just be the wildest 2002 E10 we’ve ever featured. Sure, we’ve had some pretty crazy custom creations over the years and some huge power monsters, but nothing that looks quite like this and there’s a very good reason for that. You see, the seriously in-your-face styling of this 2002 is completely custom and an unholy hybrid made up of numerous BMW design elements, and we love it. But we’re getting ahead of ourselves here, because how can we possibly delve beneath the surface of a machine like this without first finding out what makes its owner tick?

“I’ve been in love with BMWs since I was a little kid,” Michael tells us, “I love them because they are truly the ultimate driving machine and they are built to last. My first car was a 1984 E30 325e and I currently own a 2010 135i, 2013 Alpina B7 and a 2016 X6. You can say we are a BMW family,” he smiles but it’s not just in his personal life that BMWs have – and continue to – play a big part, they are also part of his professional life too. “I used to restore these 2002s,” explains Michael. “This is my last BMW that I have restored, number 38. Over the years I’ve accumulated a lot of NOS parts that I have used in this car,” he says and that all helps to explain the car that he’s created. There are clearly few people better-suited to building a custom 2002 than Michael and his extensive expertise meant that he had the vision and know-how to create this incredible custom machine.

So, where do we even begin with a build like this? We should, we suppose, begin with the buying process because you can’t build a car if you don’t have one… “I found this particular car in Georgia on Craigslist and there was a video about it on YouTube. I was searching for a perfect candidate and I finally found it within 24 hours and had it shipped to my home in Vegas,” explains Michael. With car in hand the modding could begin and this was never going to be anything less than a full-on build. No doubt the main question is just what on earth are you looking at? It’s not a simple question to answer, either, because so much work has gone into creating this 2002’s killer look. “When I restore a car I always picture in my head and design it as we go, but in this particular build I had a vision of building a BMW that will take a BMW enthusiast at least 20 minutes to figure out what other BMWs parts have been designed to fit into one and the look on their face makes all the hard work that has gone into this car worth it,” grins Michael. “My master mechanic and body man Omar Corona is responsible for the existence of this work of art I pictured it and he brought it to life.”

The car wears a completely custom, one-off fibreglass body kit that blends elements from three very different BMWs and yet, somehow, it all works. Up front the bumper is modelled on a 1M item and has been enhanced with the addition of a selection of carbon fibre elements, including splitters and canards. It’s been blended perfectly into the arch extensions that Michael has also added while the striking headlights feature multiple lighting elements and angel eye halos. The carbonclad side skirts are styled after an E36 M3’s while the rear bumper is based on an E60 M5 and it too has been blended into the rear arch extensions, complete with vents, while on the corners of the bumper sit a pair of carbon winglets. It’s not going to work for everyone but Michael has done an exceptional job on the kit and it gives this 2002 a completely unique and seriously aggressive look. In addition to the wild kit, the 2002’s distinct, bisecting swage line that runs around the whole body and divides the car into top and bottom portions is even more pronounced here as it’s been given a carbon finish. This ties in perfectly with the tiny carbon mirrors and pronounced carbon rear wing, which combine to give this 2002 a seriously racy look.

The black and red colour scheme is bold, with both elements contrasting perfectly with one another and this has been carried through to the wheels and wheel nuts. “We went through at least 30 different wheels to match the theme of the car and the fitment, which in the end came out beautifully,” says Michael. These chunky, deep-dish, JNC 003 15s suit this 2002’s look perfectly, filling out those fat arches to perfection, aided by the meaty Toyo R888R rubber that’s been fitted and the serious drop that’s been applied. This comes courtesy of a set of H&R lowering springs, with Ground Control camber/ caster plates also fitted along with a Wiechers Sport strut brace. Peer behind the wheels and you’ll spot that, up front, this 2002 has been equipped with Wilwood four-pot calipers with slotted and grooved 300mm discs, which hint that this classic might not be just about looks…

Where you would normally expect to find an M10 or one of its relatives sitting in an ’02’s engine bay, here you will instead find an M20 straight-six in 2.5-litre flavour, fully rebuilt, painted black with contrasting red ignition wires and fitted with a carbon intake. The M20 is running a Borla exhaust with quad tips and has been mated to a five-speed manual gearbox from a 318i and there’s a 3.91 LSD mounted at the back.

With over 170hp and 160lb ft of torque on tap, the silky-smooth M20 straight-six is the perfect partner for the 2002’s lightweight body, giving it plenty of muscle to take advantage of that seriously sorted chassis and we like the fact that Michael has stuck with BM power for this project.

With the amount of custom work that has gone into the exterior and what’s going on under the bonnet it will come as no surprise to learn that the interior has also received a lot of attention. For starters, the whole cabin has been finished in red and black to match the extensive colour-coding across the whole of the car. The front seats are Recaros from a 1983 E21 320i while the rears are 635CSi buckets, both finished in black leather with red stitching, and the door panels and rear side panels – which were made from scratch – have been given the same finish. The whole dash is a custom affair, finished in black leather with red stitching and there’s a carbon NRG flat-bottom steering wheel while the centre console is completely custom, finished in perforated leather and housing a double-DIN head unit. It all makes for a seriously special interior that’s been finished to an incredibly high standard and looks spectacular, but surprisingly subtle, with it.

An incredible amount of work has gone into this car and the results speak for themselves. This 2002 is a true one-off, completely custom and utterly outrageous with it and while it most definitely won’t be to all tastes, it’s an astonishing machine created with real vision and you can’t help but admire the work that’s gone into it. Not only did Michael dream up a body kit that combines elements from various BMWs spread across a number of generations, somehow he managed to make all of these elements work together, while the rigorous adherence to the red and black colour scheme throughout the entire build helps to bring everything together.

Unsurprisingly it’s the custom styling that is Michael’s favourite part of the build. “Normally if you look at a car you either like the front or the back or the side but, for some reason, every angle you look at this car from you see the craftsmanship and the hard work that has been put into it in order to make it look this way. So, as far as my favourite part is concerned, it’s literally all around,” he smiles. “It took about seven months to complete this car including the weekends and money was no object,” says Michael, which we’re not surprised to hear. “I have done all the modifications that I wanted to do on this car and spent just shy of $60,000,” but he’s built the car he set out to build, he’s created the vision he had in his head and you can’t put a price on that­.

“Where you would normally expect to find an M10 or one of its relatives sitting in an ’02’s engine bay, here you will instead find an M20 straight-six in 2.5-litre flavour” 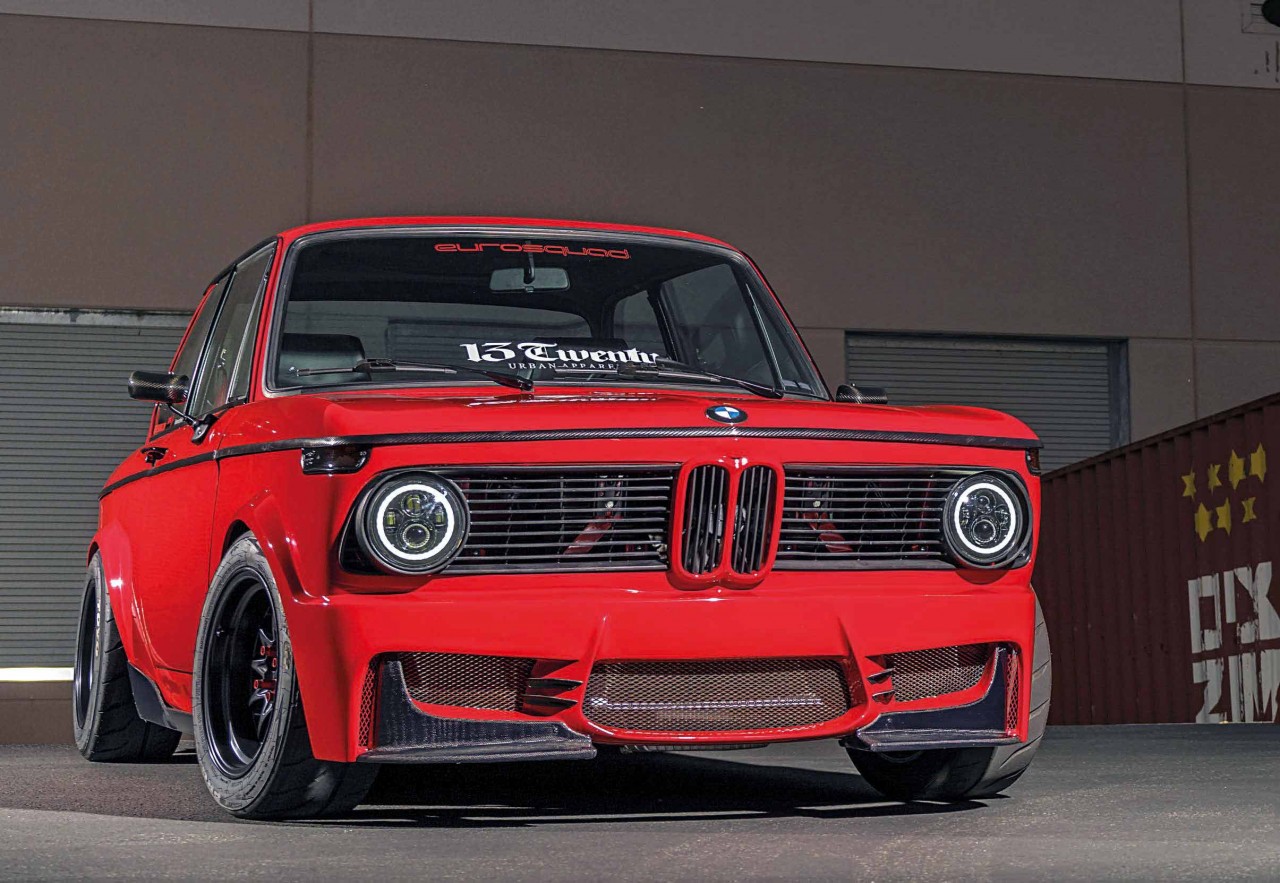 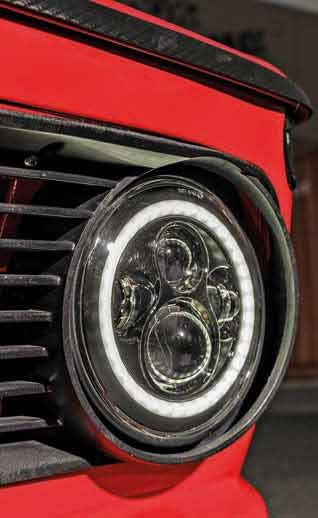 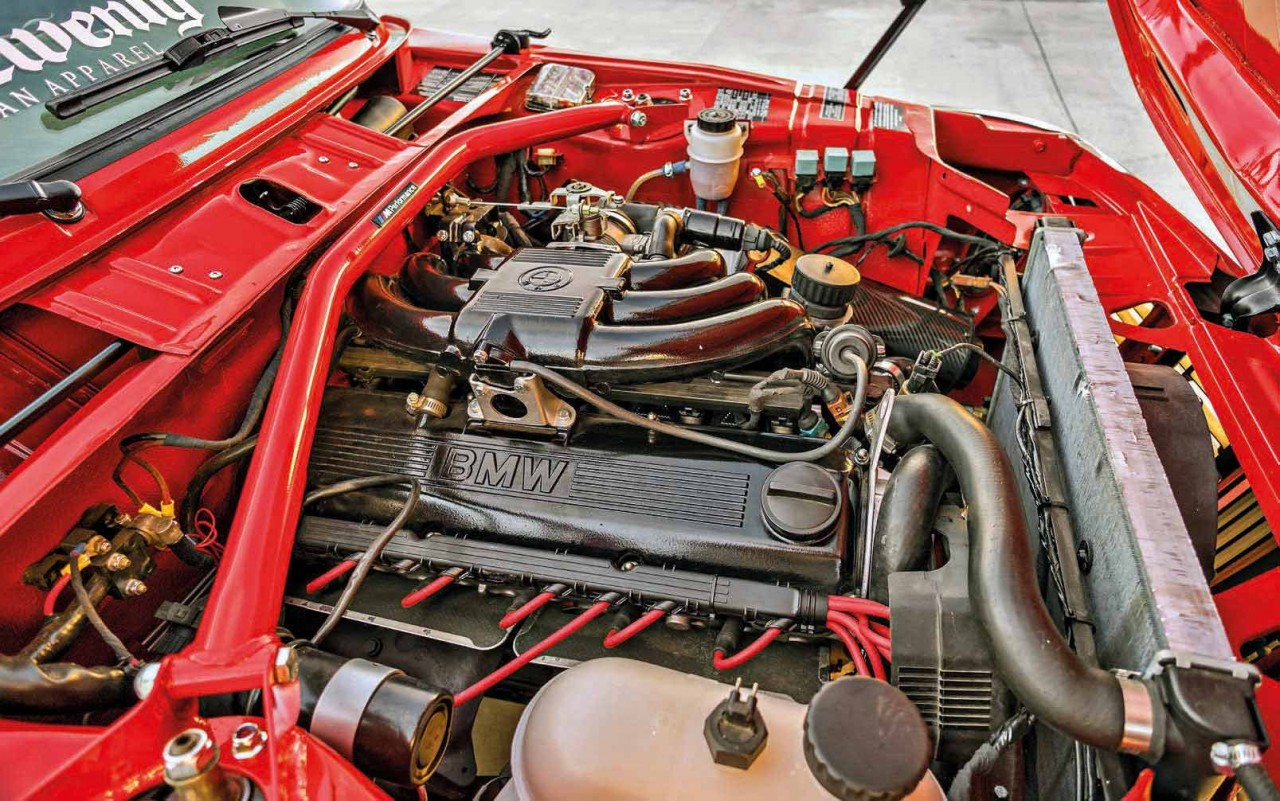 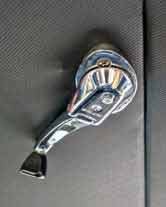 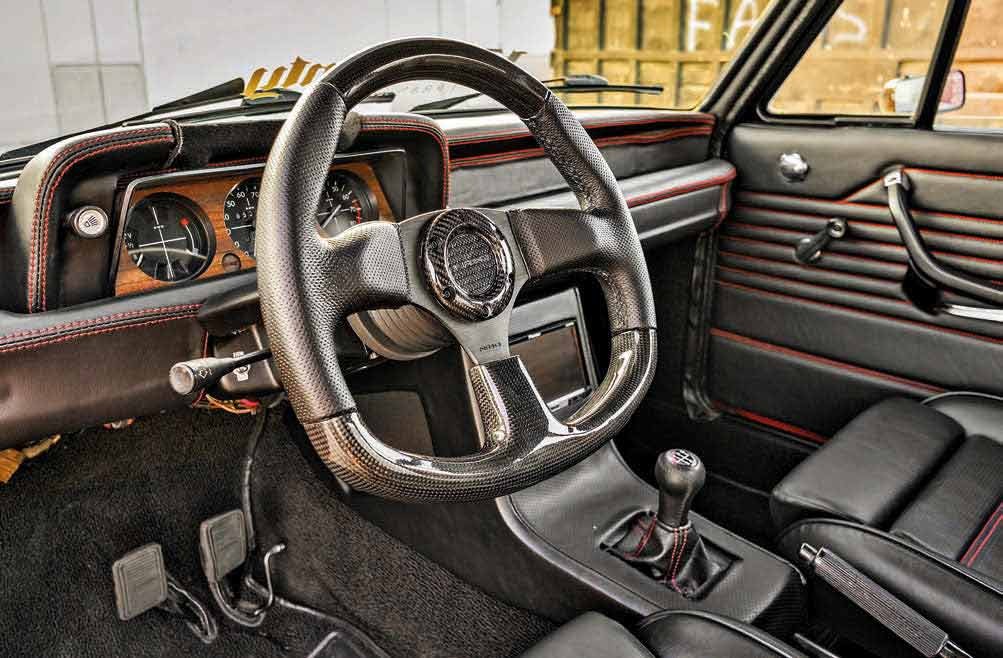 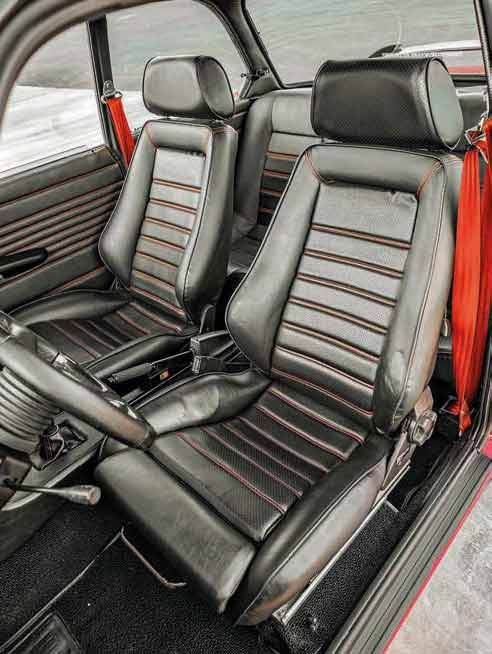 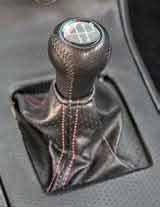 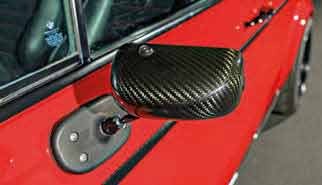 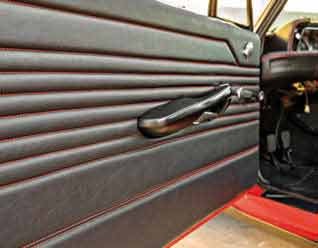 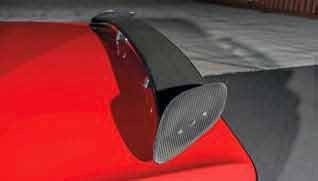 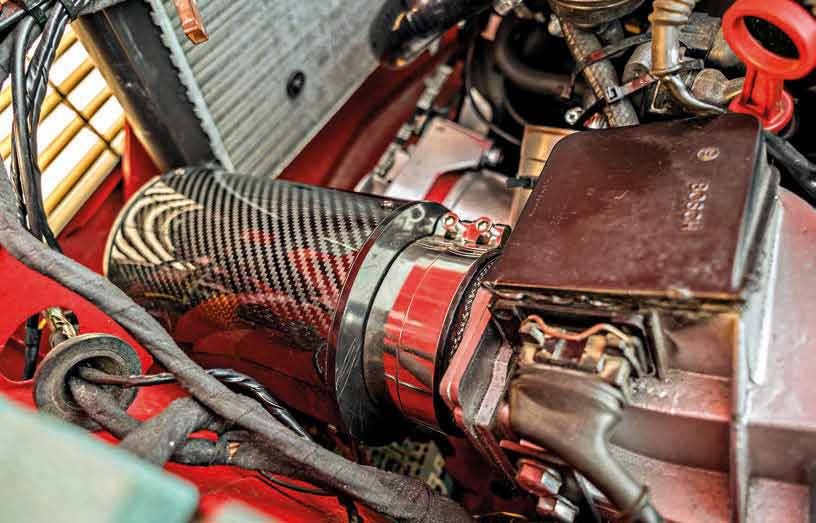 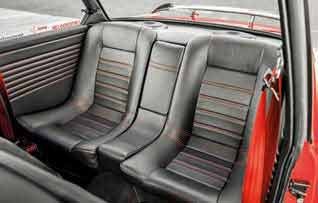