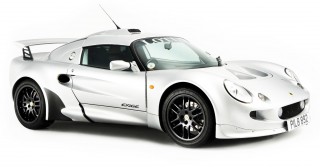 Buying Guide It’s easy to let the heart rule the head when considering a Lotus Exige, but don’t buy one before reading our exhaustive 12-point guide  Twelve steps to buying a Lotus Exige Experts and owners reveal why you need this road-racer and how to bag a good one Words Malcolm McKay. Photography John Colley. 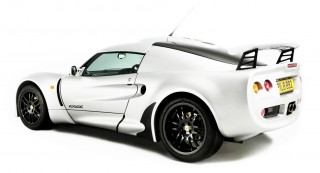 The ultra-light Exige offers looks, performance and handling in a different league to its competitors, whether you choose the racer-for-the-road S1 with Rover K-series power, or go for the more refined S2 with a Toyota VVT (later supercharged) motor. Yet despite growing interest, decent ones start below £20k.

Our experts have maintained and restored countless Exiges. Greg Lock runs Hangar 111 (hangar111.com) and specialises in Exige service, restoration and upgrades. Barry Ely (barryelysportscars.co.uk) has been selling and working on Lotuses since well before the Exige was conceived. And Max Hurst owns Lakeside Engineering (lakesideengineering.com), and has specialised in Lotus for 20 years. If you want to know exactly what to look for when buying this rewarding, but sometimes fickle modern classic, you’re in the right place…

"Nothing prepares you for the sound of the blaring exhaust barking into an offbeat lumpy idle. It feels like a race car for the road"

Pick the right one for you There are far more S2s to choose from than S1s, and they come in a vast range of models, further complicated by the options list which included aircon, limited-slip diff, Sport pack (traction control, sports seats, Bilstein dampers, adjustable front anti-roll bar) and Touring pack (leather, soundprooing, iPod connection etc). Then there was Super Touring and Super Sport, plus the Performance pack boosting power and torque. And Lotus specialists offered numerous aftermarket upgrades. Normally aspirated S2s are considered a bit underpowered and Greg Lock advises avoiding the early cablethrottle cars, which are harder to tune than electronic-throttle cars – likewise the Cup 240. All power outputs were optimistic, but specialists can take a 220bhp S2 up to 300bhp for around £5400.

Trackday hacks are best avoided because of the extra stress put through the bodyshell, suspension and drivetrain. Occasional track outings are fine, but excessive use wears a car out quickly. Check the service history and get a Lotus specialist to look the car over (£150 if brought in, £300 if he has to go out to inspect). Check for peppered paint under the sills (or overspray if it’s been blown over) and damage to the floorpan – make sure it’s flat and straight. Much more frequent oil changes and a baffled sump are advisable if used for track days – check the service history. Grooved brake discs and high performance pads are also advisable. On S2s, if the discs have become ridged or cracked, it’s been tracked. Check the suspension alignment if tyre wear suggests any issues.

Chassis corrosion may be a surprising inclusion on a car with a bonded/riveted aluminium structure, but steel plates at the top front wishbone securing points create havoc with electrolytic corrosion, especially on cars exposed to winter road salt. It can be repaired at a cost of £400 1000, depending on how severe the problem is. Check the whole underside for corrosion.

The cylinder head gasket is the big scare on all K-Series Rover engined cars. But the engines can have long lives (100,000+ miles) without any problem provided owners don’t thrash them when cold and never let them overheat. If they did from new, the head gasket would have needed replacement by 20,000 miles, but this figure rises dramatically with a new, more robust gasket in place. Emulsion in the coolant reservoir, erratic engine temperatures, unexplained coolant loss and a light colour inside the tailpipe are tell tales of head gasket failure.

Don’t let you put that of though. That K Series is essentially a race engine for the road so it’s ideally suited to the Exige. It rewards with superb performance. It’s worth upgrading to an aluminium radiator, though being a front clamshell of job, budget £1200.

Quite a few S1s have had Honda engines fitted and currently achieve similar prices to standard cars but originality is becoming a key consideration for buyers. Our experts are divided on whether the standard 177bhp or uprated 190bhp is best: Barry Ely favours the tractability of the 177, whereas Greg Lock reckons it feels choked by the catalytic converter and prefers the 190. The S2 Toyota engine is very durable but if it’s run on track it must have either an extra litre of oil in the sump or a baffled sump to avoid rapid demise of the big end bearings.

Body panels are expensive £1800 £3000 for a front clamshell and £1000 for the scarce rear boot lid, plus painting. The oversills on each side, which go under the body, should have a black rubber strip protecting the leading edge: if that’s gone, stones will shred it.

The electrics are relatively simple but can give trouble, especially the heater if the car has been left outside and water has got into the fan motor. Electronics in the engine management system are also prone to issues, especially in little-used cars. These problems can be difficult and time-consuming to trace. A new Lambda sensor will often cure rich running. The central locking module is prone to failure and a dealer will charge four hours’ labour to take the dash apart to replace it. SELOC (South East Lotus Owners’ Club) recommend a DIY option costing less than £40.

Gearboxes are normally sound, but ham-fisted use can knock out third and fourth gears in the Toyota six speed gearbox. Baulking when changing down from third to second can usually be adjusted out. Synchromesh suffers when used on the track and oil should be changed every 10,000 miles if the car is driven hard.

The cast alloy wheels can be difficult to balance and the Yokohama AO48 tyres tricky to it. Correct AO48 Yokohama semi slick tyres are only available from Lotus but are under £200 each. However, E-marked supplies are drying up, meaning future options will not be strictly road legal. Alternatives are not as good.

The steering rack is prone to wear – check for play straight ahead – and costs about £750 to replace. Dampers, especially rears, have limited life – check for leaks and effectiveness.

Aircon is a desirable option – Exiges get very hot inside – but only if it works, and often it doesn’t. The condenser up front and the pipework through the sills rots and is extremely difficult and expensive to replace – you could easily spend £2500 getting it fully operational again. On S2s you can unbolt the roof panel and it an Elise soft-top, but not on S1s.

Beware of copycats – Elises with Exige bodyshells. One telltale is the suspension uprights – Elise’s are aluminium, Exige S1’s have steel rear uprights and S2 has steel front and rear.

Exhaust tail boxes tend to blow out their bales, and will no longer pass some circuit noise tests. Replacements range from £600 for the Lotus box to £1800 for the ultimate aftermarket units.

Check those shapely body panels are intact – a replacement rear boot lid will cost you more than £1000.

Above: S1’s Rover engine is good for 100,000-plus miles if cared for. Blown head gaskets are a worry, so check for emulsion in the coolant.

This is what happens when the word ‘fun’ is turned into a car. S1s like this have the Rover K-Series engine with the VHPD (Very High Performance Derivative) tune. Only 583 were built and rarity is beginning to push up prices.

‘Aircon is a desirable option but only if it works. And often it doesn’t’

That’ll wake you up in the morning – as will getting into the Exige. Because of the roof, it requires more flexibility than the Elise.

Rich Fielding, Glasgow Rich owns the S1 in our photos and was more than happy to drive it from Glasgow to Derby for the photo shoot, once he’d spent £700 getting sudden over-rich running sorted out, ‘I think it’s fair to say that owning any highly-tuned exotic will pose some challenges along the way. The S1 Exige was from an era when lightness was the philosophy of the brand. Lotus was about performance and handling – light was right.

‘My car started life as the company car of Luke Bennett, who went on to become Lotus’s Managing Director. Fifteen years on, he told me, “Drive it like you stole it – you’ll enjoy it more that way!” He ran the car without a stereo because he loved listening to that induction roar – and so do I!

‘I’ve only ventured out on track with it once, mainly to get a feel for how the car handles, and that was great fun. The tyres aren’t semi-slicks, so it was easy to feel the chassis working as the tyres’ limit of adhesion was reached. I don’t plan on tracking it on a regular basis, because it’s just too nice a car to subject it to that sort of treatment. And the ride is so well judged for road use anyway.

‘The car is an event from the moment you open the garage doors and set eyes on that amazing shape. It’s breathtaking – the Kamm tail, those broad flanks that low either side of the engine bay cover, and all those air cooling intakes with the sculpted bodywork aiding the low of air.

‘It’s certainly true that you have to engage in contortionist manoeuvres to actually get into the cockpit because access is extremely tight thanks to the the solid roof. Once you’re in, though, the sense of drama continues. I think the comfort levels are brilliant, with well-resolved ergonomics for that perfect race-car driving position.

‘Then you ire it up, and nothing prepares you for the cacophony of sound that hits you as the blaring exhaust barks into an off beat lumpy idle – it’s almost V8-like but simultaneously light and purposeful. It really does feel like a little race car built for the road.’

Marc Osmond, Cheltenham , Gloucestershire Marc is passionate about Exiges and has one of the UK’s most modified S1 road cars, packing a staggering 604bhp at the wheels from a supercharged Honda engine. The whole drivetrain has been upgraded with numerous bespoke parts made by Darren at Alitech Precision who shares drives with Marc on track days – ‘That’s how I’ve got to own a car that I could never have afforded to build,’ he laughs.

‘I bought the car in 2008 when nobody really wanted them,’ he explains. ‘I paid £14,995 for it. It had done 60,000 miles on the original VHPD 190bhp engine and was running absolutely fine, but I wanted to do a Honda conversion. I was happy with it normally aspirated until Darren suggested a Rotrex supercharger – and then a bigger one, and then… and then… ‘I’d had an S2 previously, which was one of the first Exiges to be fitted with a supercharger. It was a great car, but it left me feeling like I needed something a bit more raw.

‘For me, the standard S1 Exige is the epitome of what Lotus has always stood for – more so even than the Elise. It really is a race car for the road. The S2 is the polar opposite – it’s the sort of car you can drive to the shops or to Tuscany and back (which I actually did). It’s a very capable car but not such an event, either to look at or to drive.’

A huge fan of Lotuses in general, Marc recently bought an S1 Elise to keep the Exige company. ‘It’s staying standard,’ he says… though we suspect that won’t be true for long.