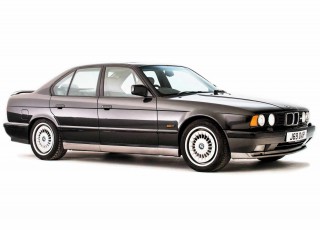 With a wide range of engines from 1.8-litre four-cylinder to 4.0-litre V8, plus turbo-diesels M21/M51, four-wheel-drive options and saloon and estate bodies, there’s an E34 for almost every purpose and values are now turning around. 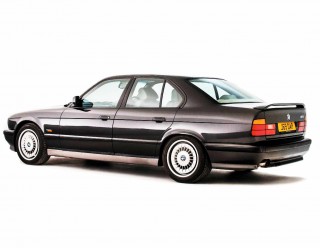 Prices cover a huge range and the less sporting models can be bought extremely cheaply, but the surge in M5 prices is pulling the others up too. Most have gone through periods of low value and consequent neglect – getting them back up to 100% in all aspects can be difficult and costly. There are plenty of traps for the unwary, but find a good one and look after it and it will reward with years of classic rear-wheel- drive luxury motoring. For expert advice we spoke to David Olias, who runs Suffolk-based marque specialist Classic MD Autos (and an E34 M5 he bought in 2004); Tim Pollock, the go-to man for used E34 parts which he sells via his BMW Classic Spares business in Northampton; and Dan Jago, who looks after the BMW Car Club’s E34 Model Register.

Choosing the Right One – via engine types:

Rust can be a killer, not helped by the change to water-based paint in 1993. The sunroof (if fitted) rots and leads to corrosion in the sills when its drains get blocked. Rust sets in behind plastic trims everywhere – rusty doors and sills are common, also the Touring hatch. The wheelarches go, especially at the rear, and the front wings corrode close to the sills. Check also around the rear lights and the petrol filler lap, particularly its hinges. Some cars have rot in the bulkhead, around the pedal box and in the passenger footwell. Underneath, jacking points can crumble, especially at the front. Under the rear, rust can take hold around the axle beam bushes. You could easily spend £10-12k eradicating rust, even on a car that superficially appears quite presentable.

Engines are reliable if well maintained with regular oil and coolant changes, and cambelt replacements on the M20 (every 25k miles) and M40 (every 36k or three years) – the others have timing chains. If neglected, rapid wear will set in whatever the model, so check service history and look for signs of present or past overheating – water/antifreeze staining on the cylinder block and radiator, or the temperature gauge reading high. M20 cylinder heads crack between the fifth and sixth, especially if thrashed from cold, where coolant changes have been neglected and/or aluminium corrosion has weakened the cylinder head. The M30 is very durable. The M43 four-cylinder is more durable than the M40, but has to work hard in the heavy 5 Series. The M50 six is very durable; listen for a rattly timing chain and be prepared to change the water pump and V-belt if it’s not been done recently. The M60 V8’s oil pump can work loose, so keep a close eye on oil pressure. The highly-tuned S38 in the M5 is understandably even more sensitive to neglected fluid changes but if well maintained, will easily top 200,000 miles. For lesser models, a worn-out engine (listen for bottom-end knock) is best dealt with by an engine swap, with plenty of good used units available, but for M5s a full engine rebuild can easily top £10,000, so it’s important to establish true condition when buying. Check the service history – valve clearances should be reset every two years or 20,000 miles (£250-£400). If power is down it could just be the resonance lap in the plenum chamber not operating correctly, usually because of a vacuum leak; but if there are signs of bore wear (excessive oil breathing, exhaust smoke), you’ll want compression and leak-down tests, and ideally a used oil analysis. If problems are just with the cylinder head, a £2500 refurb will probably reclaim 20-30bhp.

Electronic Damper Control (EDC) was standard on M5s and 540i M-Sports. Check if the dampers have hoses attached. They do wear out, and new ones are no longer available. Consequently many cars have been converted to conventional dampers, but now that originality is important it is desirable to have the EDC shocks. Fortunately Nagengast in Poland can rebuild them, with a two-year warranty, for around £250 each if you’re able to remove them yourself. A specialist would charge £2000-£2500 for an all-inclusive service, more if new control arms and top mounts are required. If the car has been converted check how much of the original kit is still present. Reinstatement is a major task that involves sourcing rare parts. Factor this into your offer if buying a converted car – and check for perished fuel lines while you’re under the car.

Gearboxes on performance models are highly stressed and most M5s have had a gearbox rebuild or swap by now. With the engine running in neutral, dip the clutch to see if the noise level reduces; if it does the layshaft is worn. Then drive the car and check all gears select smoothly with no baulking or crunching from the synchros (first/second usually go first), and no whining or clonking. A gearbox rebuild on the five-speed (manual or auto) is £1000-£1200; the six-speed is £1200-£1500. BMW still has a few new five-speed gearboxes at around £3000.

Electrics are getting tired after 22-30 years so check everything works. The wiper rack is a common issue, so if the wiper arms are hitting the bonnet or the side of the screen, beware – a new one is £500 and requires a major strip-down to it. The heater blower motor can fail but used ones are worth trying and fairly easy to it. Headlights can go loppy, and check the lights and the wiper in the hatch of any Touring.

Interiors are time-consuming to put right if scruffy, but not too costly if you shop around specialist breakers. If originality is important, check the spec – some have been updated with later trim. Check under the passenger seat for damp near the underseat modules, make sure the sides of the front seat backrests haven’t collapsed (an easy DIY ix if you’re happy dismantling a seat), and check the door cards for delamination. Ensure sunroof and aircon work.

Brakes should be more than adequate on all models, though later and larger-engined cars had progressive improvements. Check there are no ABS warning lights because these are an MoT fail and can take some chasing to eradicate. Upgrades from later/higher spec models are readily available; E32 7 Series are a good source of brake upgrades for E34.

Differentials shouldn’t whine. Also check that the limited-slip differential (if fitted) works – jack up the rear of the car with both wheels of the ground and turn one wheel; if the other turns the same way it’s working, if it turns in the opposite direction it’s not. Used ones are sought after and you can expect to pay £1000 for a 3.9, more for a 3.23.

‘I’ve owned countless E28s, E39s and E34s. At 16 I came across two E34s behind my local chip shop; one was a Sport. They looked great and when I got my licence, I persuaded the owner to sell me them both for £600. I got the 520 going and it became my first car; insurance was £1000. I love the engine and gearbox – the first time I went round a roundabout the rear end stepped out and I’ve been hooked ever since!

‘One day I was working on them on my driveway and a black Sport stopped – the owner introduced himself as a Park Lane BMW employee and offered advice and help with parts. We became friends and he was a huge help; I ended up buying his car. Over the last 2-3 years I’ve been doing up a 1990 535i Sport: I’ve taken of every part below the waistline and replaced everything I can buy with new parts. Last year I decided to look for an M5. I saw several but the engines sounded terrible so I walked away. Then I found the very original 1992 3.6 you see here, with the same owner for the last 10 years. It took me six months to persuade him to sell, but so far I’m delighted with it!’

‘Seven years ago I was stuck in snow in a 3 Series and decided I had to have four-wheel drive, but didn’t want an SUV. I bought a 1992 E34 525iX Tourer for £500 with 200,000 miles on the clock. It had an MoT but after putting my finger through the sill, I decided to spend £3000 on the bodywork. It’s a rolling restoration – a few years ago I spent £1000 getting the automatic gearbox rebuilt and I’ll probably spend £3000 on the bodywork again this year.

‘I also have a 530i Tourer with very low mileage – I couldn’t resist it – I love the styling of the cars, and they’re big enough but not unwieldy. They’re of an age that is reasonably modern to drive yet easy to maintain, and most used parts are cheap and readily available.

‘I’ve driven most BMW E34 engine types. The 518i is a lighter car, it rewards driver input and it’s economical. The 520i is a bit heavier but the M50 engine has a nice roar. The 525i has enough power to do everything well. The 530i is very oversquare and revvy for a V8, but thirsty if driven hard. The 540i is effortless and can seem dull in traffic, but when you put your foot down, you’re literally hanging on!’

‘In 2008 I was looking for a big, older estate. Mercs were more expensive, so I tried an E34. I’ve had four to date, all Tourings, as my everyday transport. My first was a 520i with quite high mileage – the water pump failed because the plastic impeller disintegrated, leading to overheating and then head gasket failure and warped head. I replaced it with another 520i, but despite only having 75k the same thing happened after six months; it’s down to age not mileage.

‘It cost quite a bit to get the head skimmed and repaired properly, but with a metal impeller it should last forever. In 2012 I bought the rare 525iX four-wheel drive and in 2015 a 1996 525i for more poke, and I use it in the summer and the iX primarily in the winter, averaging 10k-15k miles between the two. Over the nine years I’ve probably spent £5000-7000 on the four cars; there’s a great support network for the cars and it’s extraordinary how many parts are still available from BMW.’

My affections are divided between a diverse range of cars in this issue. There’s the subtly handsome BMW E34 that brings a flood of memories of the faithful 525i SE manual that over a ten-year period I took from 82,000 to 315,000 miles, and the even more impressive M5 that I had on test for a day.