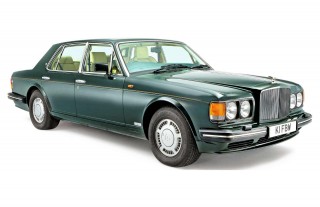 3 If you buy one of the late limited edition models or something specially commissioned, you can pay even more – but it’s still unlikely to be that much more. 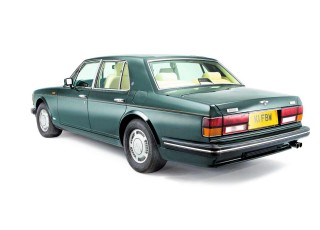 Once among the world’s most expensive cars, today these boardrooms on wheels can be amazingly cheap to buy, if not necessarily to run. Big bills are common and cars are often sold at the point that they need plenty of expensive work, so the secret is to find a car that’s been lavished with funds, especially if it’s covered a high mileage. If you’re meticulous with your pre-purchase checks and insist on seeing documentary evidence of specialist support, you’ll have the best chance of trouble-free access to the desirable attributes of these cars – opulence, comfort, refinement and pace. We spoke to Steve Drewitt of marque specialist Silver Lady Services (silverladyservices.co.uk), and Ray Hillier of Hillier Hill (hillierhill.co.uk) for their advice on buying the best. ‘Beware the full service history,’ says Drewitt. ‘It’s not unknown for someone to wave this as an incentive to buy, when in fact the last service threw up a load of advisories that have yet to be tackled. The same goes for the MoT; look at the most recent one to see if any advisories were issued.’

Mulsanne debuted in 1980, superseding the T-series. Mulsanne Turbo appeared in 1982; swb or lwb forms. The Eight went on sale in 1984, a lower-spec, cheaper version identified by chrome grille surround.

The naturally aspirated Mulsanne became the Mulsanne S in 1988. All cars receive a round-headlight facelift in 1989, often retro-fitted to earlier cars.

‘When buying, the secret is to find a car that has been lavished with funds, especially if it’s covered a high mileage’

From 1990, all cars got electronically controlled suspension and adaptive damping, and from 1991 sported a new GM four-speed automatic gearbox. The Brooklands replaced the Mulsanne S and Eight as the naturally aspirated ‘entry-level’ Bentley in 1992. The fastest, best-handling version, the Turbo R Sport, arrived in 1996, featuring sat nav and larger brakes. Final-year run-out range was rationalized for 1997. The swb was discontinued, leaving the lwb Turbo RL as the standard model. The final derivative, the Turbo RT, was introduced before the Arnage replaced the range.

These cars may have been fabulously costly when new, but they can corrode. Thankfully, major rot is rare. Any car with significant corrosion will be a liability, so just walk away. Many have had to live outside because most garages aren’t big enough; if truly neglected, this can lead to bodywork peppered with rust holes, frilly sills and rotten wheelarches.

It’s the rear wheelarches and sills that usually present the most expensive problems; in the case of the latter you must also pay close attention to the state of the inner wheelarches, because these can get eye-wateringly expensive to repair once holed – the rear windscreen seals leak, leading to waterlogged carpets and boot floors, and rot from the inside, so make sure to lift them and check. It’s a similar story where the sills are concerned; water gets into the ends of these (especially at the front), eventually leading to the outer sills rotting, although the inner ones are usually unaffected. If the sills have been left to corrode badly, you’ll be doing well to spend less than £3000 per side putting everything right, although individual sections can usually be fitted at around £750 each.

The 6.75-litre V8 fitted to all these cars was already over 20 years-old when the Mulsanne arrived; continuous development ensured ever greater reliability as time went on. Post-1986 cars got fuel injection, which is much more reliable than the earlier Solex carburettor; without frequent adjustment, this can suffer from hot starting problems. Fuel-injected cars are easier to set up and offer better economy, although this is relative of course.

Running problems can be caused by all manner of faults, which is why you must ensure the engine idles happily hot or cold, and there must be no pinking under acceleration. However, most faults are inexpensive to cure; even a faulty engine management system on a post-1994 car is a cheap fix.

The V8 is fundamentally strong and will swallow 250,000-plus miles easily. Internal corrosion is unlikely, but engines can overheat through broken fanbelts or leaking hoses. The pistons will knock on an engine that’s overheated; if a replacement is needed you could pick up a decent used one for around £5000, or have the existing unit rebuilt for circa £8000.

Two different GM automatic transmissions were used in these cars; replacements are £2000-£3000. The pre-1992 three-speed unit is strong, but the later four-speeder is smoother and offers better fuel economy.

Any jerking on the test drive means large bills are looming; even if things otherwise appear fine, check that the fluid level in the gearbox is up to the mark, that it’s not black and that it doesn’t smell of rotten eggs, pointing to a transmission that has overheated. Significant rumbling or clunking from the rear axle or particularly noticeable whining mean a replacement differential is needed, although the units are tough and it’s very rare for them to require replacement. If one is needed however, bank on paying around £800 for a serviceable used item.

All cars have power steering, with fresh racks and new pumps each priced at around £350 plus fitting. Look for leaks, but the pumps rarely give any trouble. Post-1990 cars got highly effective adaptive damping; rebuilding the dampers costs around £1000 per pair, while non-active dampers are £600 for a set. Bushes typically last 40,000 miles; fitting a fresh set usually costs £600. Inoperative self-levelling may be caused by seized activation rods at the back of the car; freeing these off will solve the problem, so it’s a cheap fix. However, it could be a faulty ECU (£250 to fix) or tired rear suspension spheres (£100 per corner to fix). If it’s the latter, it’ll feel as though the dampers have seized.

The hydraulic brakes are effective, but the handbrake usually isn’t; it needs regular adjustment. Ensure the brake pressure warning light extinguishes within 20 seconds; if it doesn’t, new spheres are needed at £50-£100 each. Every 96,000 miles or six years, a £3000 hydraulic service by a specialist is recommended. Amateur meddling can lead to a wrecked system through the wrong fluid being put in; fixing this costs around £5000. Brake component prices are generally reasonable (£150 for discs, £50-£300 for a set of pads), but if the wheels have been kerbed heavily, replacements are costly. It’s the same with tyres, so ensure there’s plenty of tread left.

Most of these cars are cherished so you’re not likely to find interior damage but they do suffer from ageing. Bleached timber, cracked hide and grubby carpets are possible, with high retrim costs compared to the value of these cars. Because of this, few have been treated to comprehensive restorations – a full as-new retrim would theoretically cost £20,000-£25,000. However, wood can usually be polished, while a set of four overmats is just £350. It’s the same story on the outside; ensure that all the brightwork is present and correct because even used parts can be costly. An immaculate boot with a full complement of tools is a sure sign of a cherished car. Each of the front seats has an ECU for the electric motors. They are prone to failure and new replacements cost £330 apiece.

The later the car, the more gadgetry is fitted – and the more likely there are to be problems. Component prices vary from surprisingly cheap to hair-curlingly pricey, but it’s the labour involved in pinpointing a fault that can prove really costly. Therefore you must check everything, paying particularly close attention to the air conditioning as well as the cruise control; second-hand air-con circuit boards are £350 secondhand, while cruise-control modulators are £800 new. However, reconditioned and used components can slash repair bills for most things – or you can simply reduce your offer and live with the car as it is.

Julian Boardman-Weston co-owns the Bentley Turbo R in our photographs with his brother Simon. ‘Our father bought the car new in 1992, but it saw very little use,’ he explains. ‘Even now, it’s still covered less than 25,000 miles.

‘Simon and I inherited the car in 2012, and so far it’s only needed routine maintenance. Then again, it only does between 500 and 1000 miles each year anyway.

‘One quirk of the design, though, is that they’re not that big on the inside, despite being enormous on the outside, something to bear in mind when carrying passengers long distances. That said, it’s luxurious and beautifully built, so as long as it’s maintained it should be reliable, too – ours has been. I’d have no qualms about driving all the way across Europe in it – despite the high fuel consumption. Simon Harris, Lincolnshire

Simon Harris bought his Turbo R after selling his Jensen Interceptor. ‘My 1988 car has fuel injection, so is slightly cheaper to run than the pre-1987 cars (and it’s 50 per cent more fuel efficient than my Jensen SP was), and it also has ABS.

‘The recommended Avon Turbospeed tyres aren’t cheap, and the set I bought last year were £270 each, although they should last 20,000 miles before needing replacement. ‘Expect to re-gas the suspension every few years, and I’ve had a leaking steering rack, which isn’t uncommon. Parts aren’t cheap – the cost of replacing the front dampers a couple of years ago was almost £500 plus labour.

‘I had a respray four years ago, because the paint was losing its shine in a few areas. During dismantling, it was discovered the rear window heating element was broken and wasn’t possible to repair. Replacement was nearly £450. ‘But used parts are surprisingly affordable. I’ve had a front indicator lens replaced for £40, and a headlamp sourced from a crash-damaged vehicle for £79. Even trim refurbishment is inexpensive. Having the wood door cappings stripped and varnished was £80 each, and the main dashboard piece was £195.

Peter McIlvenny of specialist classic car insurer Carole Nash says, ‘Any Bentley feels like a safe bet mechanically, but in truth, body rot and expensive specialist maintenance make these cars much more of a gamble than you would think. Currently values vary wildly, from the low thousands to the mid-20s.

‘The value of these cars is probably not going to go much lower, so now is the time to buy. However, if you pay top money and want a good return, specialist servicing and record keeping is a must. If you want to keep costs down by servicing at home, be prepared to accept that this will affect any future value, but keep photographic logs of all work done, and save all receipts, even down to the oil and filter, to show they have been changed regularly. All in all, these can be good investments that will see steady growth over the next 10 years, but these vehicles are more about the ownership rather than a return on investment.’ Classic car insurance quotes: 0333 005 7541 or carolenash.com

This car is in immaculate condition having covered just 32,000 miles from new. It was supplied to the current French owner seven years ago at 23,000 miles. Since then it has lead a cosseted life, always being garaged and serviced regularly, while covering minimal miles. The car is resplendent in Sherwood Green paint, with the interior being smartly finished in unmarked beige leather with green piping.