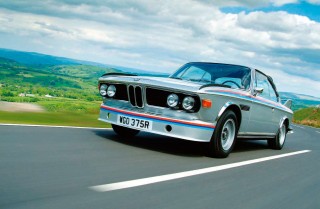 Market watch: BMW E9 CS Coupés. This month we take a break from the auction floor and have a look at the E9 Coupé with the help of the BMW Car Club’s John Castle and Nick Hull from the club’s CS register.

Market Watch This month we have a look at E9 CS Coupé values.

It is now eight years since Nick and John restarted the BMW Car Club’s CS Register and over the ensuing years they have been able to add to the register’s knowledge and database by carefully sifting through remaining records on the cars while also looking at cars for sale and being informed of cars by the club’s members. It’s still incredibly difficult to place a firm value on an E9 Coupé as there are many factors to take into consideration and sometimes one begins to doubt the sanity of both buyers and sellers and the open market prices which sellers can ask for and buyers are prepared to pay.

Currently we are experiencing the steepest rise in values that John has seen since restarting the register. He puts this down to: the gradual increase in values due to inflation; the increase due to the relatively fixed number of cars being chased by more buyers; the increase in repair and restoration costs; and just possibly the limited number of fully restored cars coming to the market place through dealers. At the very top end of the market a small number of CSLs have emerged from extensive restorations with sellers setting their asking prices to recoup their restoration costs and make a profit. Some of these cars are probably of a better quality than new due to modern paints and restoration techniques. There has also been the emergence of modified CSLs, where owners have used restorations to increase engine power, lower the suspension, improve the brakes and transmissions, and add aerodynamic aids. Whereas in the past alterations away from original specifications have lowered values, they are less likely to today as there is a growing demand for personalised CSLs which can be used regularly as an alternative to the concours garage queens.

With top values increasing, this is stretching the values of the mid-condition cars and, alarmingly, at the bottom of the range, the project cars. An example of this was seen at Bonhams’ Beaulieu sale earlier this year where what can only be described as a project car sold for an eye-watering £64,200. The car had the typical serious E9 shell corrosion and, at today’s prices, it would cost in the region of £35k to £40k to have it put right and to have the shell stripped, undersealed, cavity waxed and a period colour respray. Even if most of the trim is reused there is still the engine, transmission, suspension and brakes to restore – say another £20k giving and an all up price for the car, MoT ready, of around £120k minimum. Yet this is the current value of a concours CSL which will be almost perfect. So how does the CS Register treat a project value CSL in the table over the page? £20,000, which is what the register suggests, or £60,000 because we have a crazy recent example? It’s quite a conundrum.

Providing accurate information as to the surviving numbers of CSLs in the UK is still difficult, even with a plethora of information to go on. The one certainty is that 500 right-hand drive ‘City Pack’ CSLs were built. A few were retained by BMW Munich but the register does not have an exact number. Of these 500 the register has 183 cars on which it has had some data since 1992. There are a further 50 cars and registrations from pictures and advertisements which cannot be linked to a VIN and must be considered unreliable because some might not be CSLs and are not therefore counted in the 183.

After seven years of compiling the register, Nick now says he is at last seeing some conclusive results. One of the original aims was to get a clearer picture of the numbers of surviving cars in the UK – not an easy task given that there is no record of the numbers of E9s sold originally by BMW UK. This is in marked contrast to the CSL where the starting point of 500 UK cars was widely established, making the job of estimating the numbers of likely survivors today much more predictable. 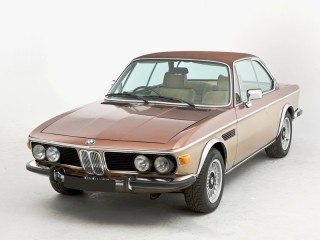 The accumulation of data on specific cars means the register is also able to provide useful background information for new owners who join the register, such as previous rebuilds or colour changes undertaken during the car’s life. All this adds to the body of knowledge on E9s in the UK and is becoming a valuable asset for the classic car market in ensuring that E9 values continue to increase. For instance, now the register has established the scarcity of early 2800s (just eight examples each of manual and automatic remain) and the 3.0CS manual (just 16 examples remain) this means the very best examples may well be set for a hefty price rise as soon as word spreads about their rarity.

With prices of CSLs reaching new highs, the formerly undervalued CSi is becoming recognised as possibly the nicest of the E9 series. With the same performance from the near-identical 200hp injection engine as the CSL, a less fragile all-steel body, and far better seats, it is also ironically much rarer in the UK than the ‘limited edition City Pack’ CSL with just 87 examples on the register’s records. Is that CSL VIN number really worth another £30,000?

Previously underrated CSAs appear to have found a renewed following, particularly later Phase 2 CSAs with the Borg Warner ’box. For today’s usage as a weekend classic car the auto CSA is a very satisfying drive. It’s not a CSL but it still turns heads.

With a healthy interest in restoring E9s over the past decade, we are seeing fewer numbers of restoration cars coming on the market, and those that do are being swiftly snapped up on eBay for around £6000- £7000. With rising values, it now makes more economic sense to take on such projects depending on condition, with a restored end value of possibly £25,000 for a CS/CSA being a tempting goal. However, don’t expect that base price for an unrestored car to increase much since the balance of the cost of restoration and final value is still very slim, except for CSLs.

However, existing owners should not become complacent about their E9s, particularly average condition cars, with some cosmetic rust, and slightly tatty interiors or doors that do not shut smoothly – always an E9 weakness. Cars that were competently restored in the 1990s are actually quite vulnerable now and are likely to need considerable sums spending to get them up to an acceptable saleable condition to achieve these latest valuations.

Expectations have risen accordingly. Prices achieved for the best cars reflect the need for the very highest standards of condition, with immaculate bodywork and unblemished or even new chrome parts.

Likewise, the engine bay, where standards of body restoration and welding of inner front wings are far higher today than in the past and grubby-looking engines are now unacceptable. Interiors for the best cars are likely to have been fully restored and retrimmed, using new 2002-style carpet and trim materials now available through Jaymic.

A further word of caution for current owners. Rising prices mean you should regularly update the insurance value of your car. In addition, you shouldn’t skimp on maintenance now if you want your car to even maintain its current value. ‘Little and often’ is the key thing. For many E9 owners, suddenly your £30,000 asset is definitely worth forking out for on a decent service at a known BMW specialist, giving it some new discs or bushes in order to keep it up to scratch. Every £1000 spent on it now is likely to directly add to its ongoing value and avoids a big restoration bill at some point in the future when you do wish to cash it in – not to mention making it far nicer to drive too!

On this note, doing home maintenance on E9s is becoming far less of an advantage in this market since today’s buyers expect to see regular maintenance bills as part of the ongoing provenance of the car. You may have been proud of your ongoing maintenance skills since you bought it for a few grand some 15 years ago but don’t expect anybody else to trust your work when they buy it.

Sadly, there are an increasing number of key restoration items which are no longer available. The stock of pistons is dwindling and some sizes are no longer available although piston rings are. D-Jetronic fuel injection parts now have to be restored by licenced specialists at considerable cost, brake callipers are being rejected for restoration due to heavy corrosion and the stock of trim items is getting smaller.

The register bases its values using three categories: high, medium and low. High values are those for cars which are used regularly, are carefully maintained with good provenance, but are not quite in concours condition, although easily within reach. Medium values are for cars which are used regularly, have an MoT and some provenance, but have minor blemishes which can be rectified in terms of mechanical or body work at a reasonable cost to move them into the high category. Low values are for cars, usually without an MoT and/or with mechanical and body shell defects, which need attention before the car can be used. In some cases these values will just be for parts where a bodyshell is beyond recovery. Mileage really does not come into the assessment of value after 40 years – it is condition and provenance which is all important. Our estimate for a fully restored bodyshell nicely painted in an original BMW classic colour is now about £35,000.

In the register’s view the spread of prices is getting wider, with the value of cars at the top stretching away from cars with less provenance and lower condition due to the difficulty and increase in costs for putting things right. At the bottom of the food chain, the false market for project cars has, if anything, got worse with claims made in advertisements about the likely cost of repairs or restoration of bodyshell defects being downright misleading. We cannot stress strongly enough the need for prospective owners to have a potential purchase carefully checked by someone who knows what to look for before parting with any cash and remember that provenance is king – you will be buying a car’s past and it is essential you have some evidence of how it has been looked after before you buy it.

CONTACT: BMW Car Club CS Register If you have a CS, or know of one, that’s not known to the club John Castle and Nick Hull would be delighted to hear about it. Email: [email protected]