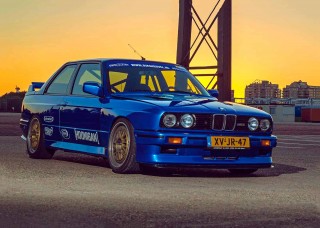 The market for 1980s sports cars, homologation specials and hot hatches has gone a bit nuts recently. This is owing to the fact that the kids who grew up in that generation have now reached an age when they’ve forged a career, started a family, got the mortgage in order, sorted their figurative ducks into a neat little row, and now have the ready cash to splash on the cars they always dreamed of through their youth. The fact that so many desirable cars of this era were subject to the irreparable vagaries of the Max Power treatment, as well as oodles of them being wrapped around lamp-posts by over-exuberant teens, means that surviving examples are relatively few and far between, and these all-grownup enthusiasts are more than willing to pay top dollar when a good one hits the market. This is why you see Vauxhall Nova Sports selling for £30k, Peugeot 205 GTIs for £50k, and Ford Sierra RS Cosworths for £90k. As a seller, you can pretty much name your price.

All of this naturally means that the idea of modifying these cars today is anathema to the sort of moneyed collector who sees a retro sports car as an investment rather than a machine to enjoy; modified E30 M3s are frowned upon because a mint original can fetch £75k or more. You’re unlikely to find one under £25k that doesn’t need all sorts of work to bring it up to scratch. So it’s madness to modify them, right?

No, wrong. Bang wrong. They’re just cars, aren’t they? Cash value isn’t the only measure of worth, and arguably the value of enjoying your life is far more desirable than a swollen bank balance. So it is with Joep Raijmakers, owner of the outrageous E30 you see here. Yes, it’s a genuine M3, and no, he’s not your typical stuffy concours purist. His M3 has Subaru paint and a turbo, because why not?

Joep’s maverick tendencies extend beyond upsetting the snooty applecart too; he’s also not your typical retro scene kid – sure, he’s rocking a set of genuine magnesium BBS E28s, but he belligerently refuses to ever clean them. “They’re race car wheels, and race cars don’t have clean wheels,” he reasons. And you can’t really argue with that.

Clearly, then, this is a man worth getting to know. After learning that he earns his crust by training show-jumping horses (but of course), we’re eager to know what secrets his automotive history holds. A bevy of modded Beemers, perchance? 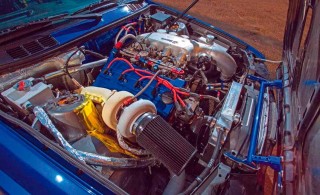 Actually, no – he’s had quite a few big power Opel Kadetts, plus a tuned Lancia Delta Integrale. So what prompted the invasion into our particular manor?

“After all of those cars, I wanted to build something rear-wheel-drive with a turbo,” he shrugs. “It was a choice between an Opel Manta or an E30, largely because you can swap a lot of different engines into these cars! I’d always admired the M3 because of its DTM history in the 1980s; I’m slightly too young to remember them racing, but I’ve always been a fan. So that was decision made – this M3 is the first BMW I owned, and coming mostly from a bunch of 1970s cars it felt really modern!”

The next chapter of the tale should hopefully do a little to mollify the outraged concours purists (not that Joep has any obligation to do such a thing), as the truth is that while this is a genuine M3, it’s not as if he tore apart a solid and original example just for the badness of it. In fact, the car was a bit of a snotter when he happened upon it. Advertised on eBay with only one photo, the impression the seller gave was that the car was essentially a tidy and near-enough as-new blue M3. But it was not. When Joep went to take a look, he found a non-running black M3 with no interior, no bumpers or side skirts, and quite a few other bits worryingly absent. So naturally he bought it straight away! At a hefty discount, of course…

“My initial plan was to build a solid, street-legal track car – something I could use occasionally at the Nürburgring,” he says. And with this in mind, he immediately began to tear the car down with a view to building it up in his own unique vision.

What he found wasn’t pretty. A variety of colours emerged as parts were removed and black paint stripped away; white at the front, yellow in the middle, orange at the back, it was a patchwork of faded glories, and Joep decided pretty quickly that he’d be painting it blue – firstly because that’s what it was advertised as and he’d already set his heart on it, and secondly because it’s his favourite colour. For starters, however, came the task of getting the shell fixed up. “It seemed like someone had tried to fix the dents with a claw hammer,” he recalls with a grimace, “and there were thick skims of filler everywhere. I had to replace a lot of metal, as it needed doing properly.” There was a lot of rust to deal with, and a lot of elbow grease ensued, before eventually he had the body ready for paint, and despatched it to a body shop for a coat of blue pinched from the Subaru Impreza palette.

“Once it was that colour and I’d fitted my leather race seats, it wasn’t really original any more,” he laughs, and this is what gave him carte blanche to go really offbeat with the mods. The engine is the key showcase of this my-car-my-rules thinking: the iconic S14 four-pot was built by Huub Nijs to DTM specs, showing a robust 275hp, before Joep decided that adding a turbo would help him to win at life. The engine in this 430hp spec exploded on the Nordschleife – a pain, but somehow appropriate; if it has to blow up, that’s the place to do it – and the engine’s current spec is a real go-big-orgo- home solution. That racy S14 is now packing a forged stroker crank, increasing displacement to 2450cc and working with E34 M5 con rods and Wiseco pistons. The top end is packed with E34 M5 3.8 valves and 50mm throttle bodies and, of course, the thing that really annoys the keynote speaker at the owners club AGM is that turbo – a ceramic-coated Garrett GT35 with a Tial wastegate and dump valve, snorting and chuffing in a most unseemly manner. The upshot of all this is an impressive 495hp, which more than fulfils the road-racer brief. Cooling had to be uprated, as you’d imagine, and Mishimoto took care of this, while also supplying the intercooler to keep that highly-strung turbo boosting lungfuls of lovely cool air. A lightweight flywheel from an M20 motor keeps it aggressively responsive, and there’s a mighty 80-litre fuel cell in the boot to ensure that Joep can run numerous Nordschleife laps without having to pull in all the time for petrol.

The fun part with a project like this comes when you draw up the shopping list, which necessarily has to be part wish list and part reality/availability. The car’s been on several sets of wheels, but he knew that BBS E28s were ultimately the way to go, because their race heritage just feels so appropriate. And like he says, he will not clean them. A lot of other decisions were similarly informed by this hard-headed pursuit of individuality – Joep built this car the way he wanted it, rather than to impress anyone. Those leather bucket seats are there because he had used them in a number of other projects, and he just likes them. The AST coilovers were bought used from another M3, which he’d driven on track and found them to be what he was looking for. And the design of the Wiechers roll-cage was important because, combined with the seats, it gave the interior a Porsche GT2/GT3 vibe, which is an approach Joep admires – full interior, but lightweight. You can see the thought process very clearly: he’s not following the rule book, he just wants the M3 to meet his own personal needs and preferences.

You’ll spot that the car is wearing number plates, so that part of the brief was evidently fulfilled. But this M3’s true home is on the track. Back in 2011, in one of its earlier guises, Joep entered the E30 into a Time Attack round and neatly took a win in the semi-pro class; some time later at Spa-Francorchamps he tried a session on wide slicks and ended up completely mashing up his wheel arches – unfazed, he nonchalantly bent them back into shape and carried on. “It’s not a show car,” Joep smirks. “It was built to be used, and it’s only right that it gets a few scars. There are still holes in the bumper from when the old front lip came off at 200km/h, and there’s a dent inside below the right rear window when I forget I had a jerrycan of fuel in the back and took the car out on the Nordschleife! It’s all just part of the car’s story. It’s getting used.”

And that’s precisely the point. There are numerous E30 M3s out there with matching-numbers drivetrains, all-original parts and low miles, and we’ll be seeing them cross auction blocks for six-figure sums in a few years’ time. But this M3 is not one of them. With its hydraulic handbrake and bonnet raisers and chunky Wilwood calipers, it’s not going to make any friends at Pebble Beach… but Joep’s not altogether worried about that, as he prefers to smoke about at Gatebil and the Nürburgring. It was built to be used, and he uses it hard, making this exactly the sort of build we love.

“The car’s been on several sets of wheels, but he knew that BBS E28s were ultimately the way to go, because their race heritage just feels so appropriate”

It might be hardcore and stripped-out but this E30 M3 is still fully road-legal. Fuel pressure Gauge. Momo steering wheel Leather bucket seats. 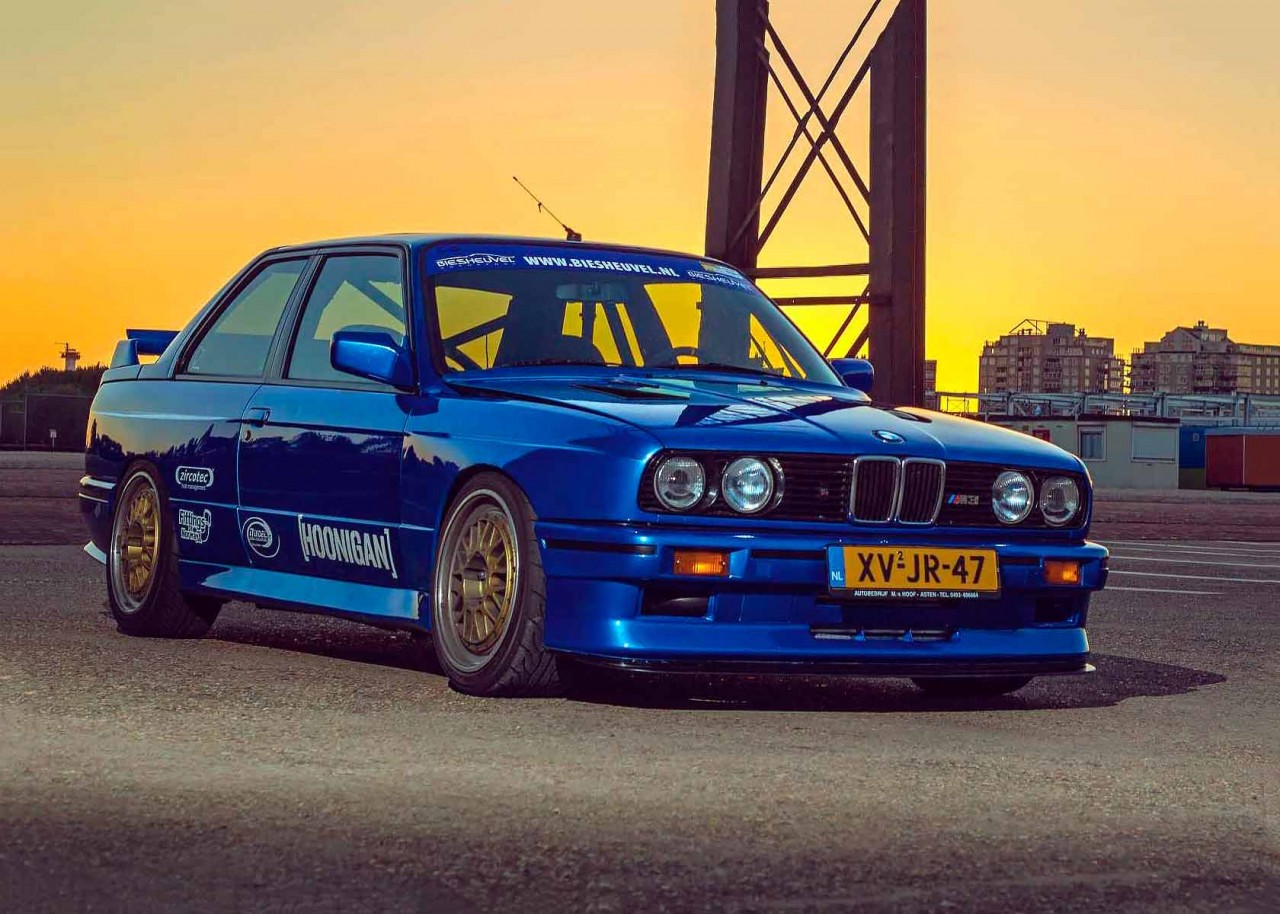 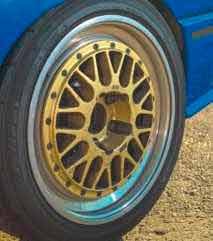 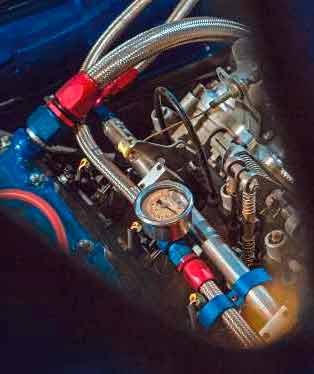 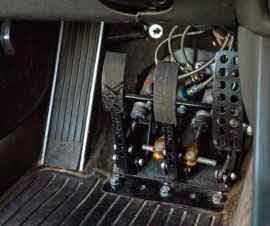 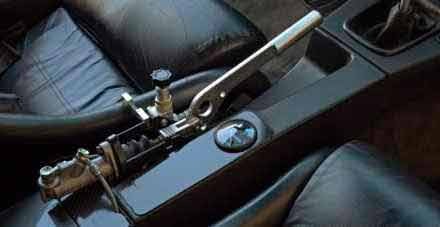 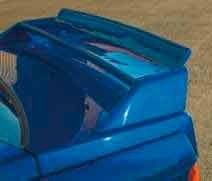 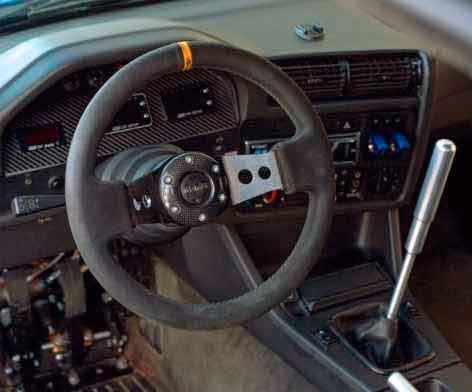 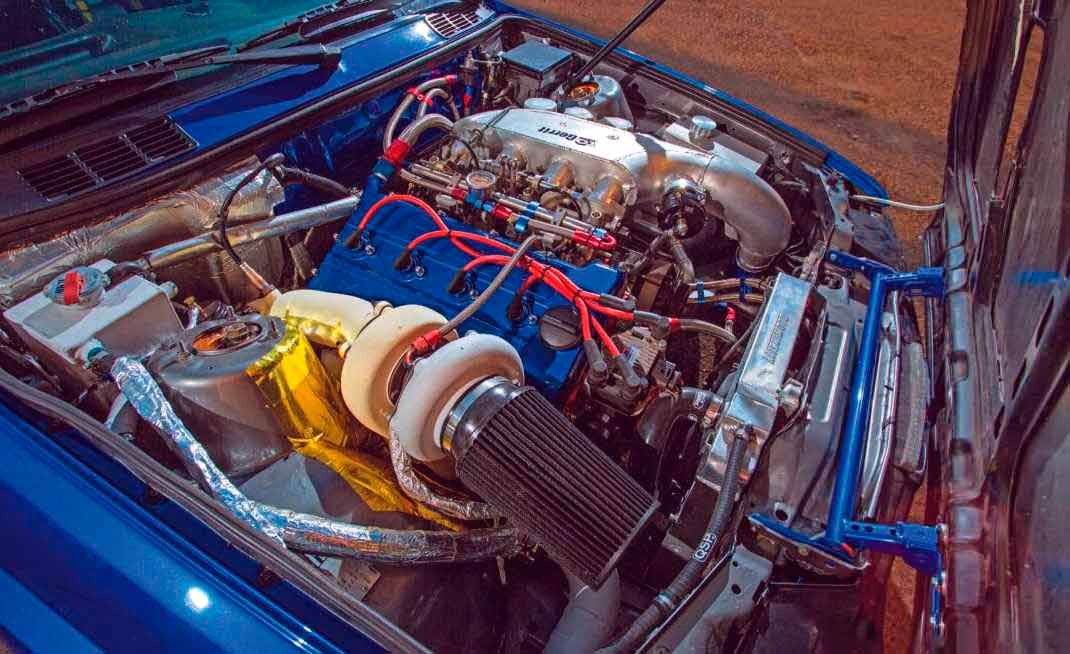 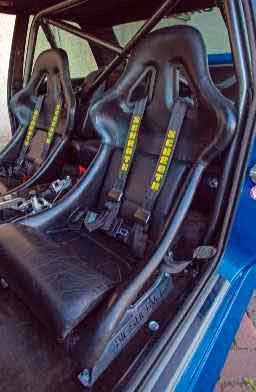 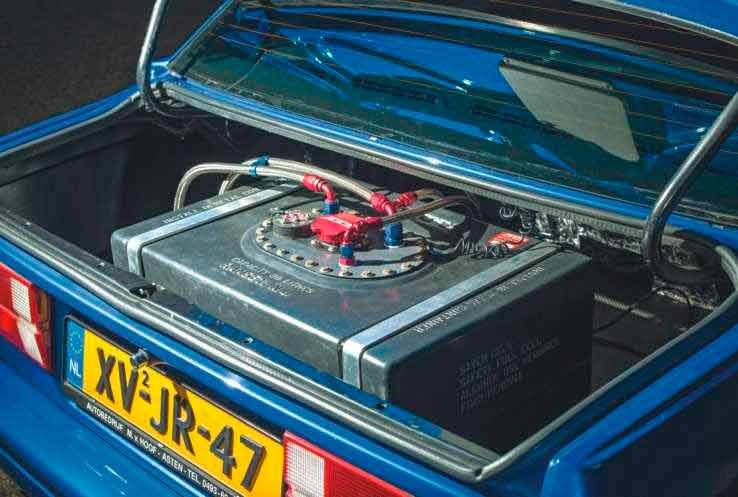 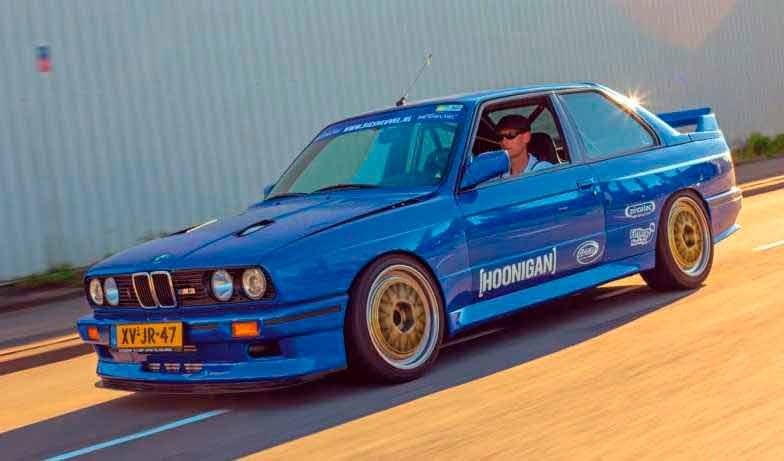 If you think BMW racing is dear, Tiff reckons you're wrong, as he recalls a lot of cheap fun in an BMW 320i E30