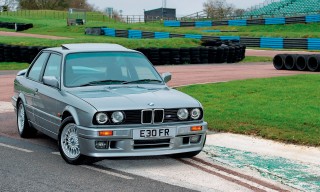 Antiques Roadshow Tahmid Haque’s E30 325i Sport may be a pristine and as-new example of the later M Tech 2 cars, but its museum-quality condition doesn’t mean he’s afraid to use it. In fact, he’s crisscrossed the country taking it to as many meets, shows and enthusiast get-togethers as possible… Words: Dan Bevis. Photography: Jason Dodd.

The popularity of the E30-generation 3 Series has been fairly consistent across the generations, although it really does appear to be enjoying a particular boom right now. It’s of an age whereby the model has passed from the realm of the modern classic (or, for our continental cousins, ‘youngtimer’) and into that of the full-blown classic. It is for this reason that the E30 today enjoys a fervent pan-generational appeal. Take E3O FR, for example, the minty-fresh 1988 325i Sport Guide we have glimmering before the lens today. 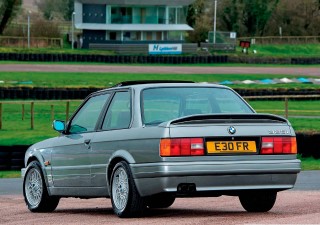 A younger audience may well recognise this particular car for its recent collaboration with rappers Young T and Bugsey, who teamed up with the retailer Footasylum for a Nike Air Jordan launch, using E3O FR as set dressing. And for those enthusiasts who remember laying down a deposit on a brand new E30 back in the 1980s, and have little idea what a Bugsey or an Air Jordan is, there’s a denser layer of texture to the appeal. This is a portal to a time gone by, a vivid reminder of the way sports cars used to be before ASC buttons and electronic handbrakes and complex drive modes.

“I must have driven it a thousand miles in the first couple of weeks of ownership...”

It’s the very essence of pan-generational enthusiasm which informs the story behind this 325i Sport’s latest change of owner. Tahmid Haque is the man holding the keys, and eagle-eyed readers will recognise that name from last month’s issue of BMW Car; that feature showcased a pair of 6 Series cars, a modern M6 Gran Coupé F06 and a classic M635CSi E24, and those two cars keenly represent the ethos of Tahmid and his father Kiron’s joint collection. In the last couple of years they’ve been buying up a boisterous wish list of their respective dream machines, with around twenty-five cars being sourced including a Z3M Coupé E36/8, 840Ci E31, 850Csi E31, E36 328i Sport, and quite a few others. It’s fair to say, however, that among this roster of special machines, the E30 325i Sport is more special than most. 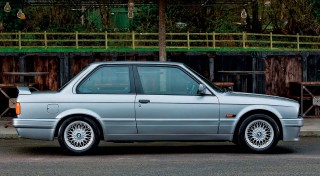 “Before the collection had begun, we were always looking to buy an E24 or E30, whichever came first,” Tahmid explains. “Having acquired an E24, it was just a matter of time before an E30 325i Sport was to follow! And after searching for two years and viewing many, many examples with the intention to buy, we finally found the right one in October 2019.

We particularly wanted this model because, aside from the M3, the 325i Sport is the most desirable of the E30s; with very few immaculate and low-mileage examples left, we simply had to have one in the collection. Also, my dad’s first car was an E30! So nostalgia played a part too. I much prefer the M Tech 2 kit to the M Tech 1 as well, hence why it had to be a late model.”

This is an interesting detail to note, and proof positive that these guys are serious enthusiasts rather than merely speculators. The 325i Sport was, in essence, the same as a regular 325i under the skin, but with a large range of tasty benefits: at launch in 1986, buyers got the M Tech 1 bodykit and boot spoiler as standard, as well as an LSD, M Technic suspension (comprising Bilstein dampers and - 15mm springs), 15” BBS wheels, Sport seats, metallic paint, an M Tech steering wheel, and various other treats. The additional options list was extensive, stretching to leather upholstery, power steering, air-con, two different kinds of trip computer, Recaro seats, and much more besides. In 1988, a facelift brought in a restyled bodykit – the M Tech 2 you see here – characterised by beefier bumpers and a more imposing boot spoiler. Facelift cars swapped to Boge dampers, and came with the option of a ZF auto with switchable Sport mode, as found in E3O FR. The fun part was that all of the parts which made a 325i Sport special were available on the options list of any other E30, so it’s not always easy to tell whether you’re looking at a genuine Sport or simply a nicely-specced 325i. However, Tahmid does have ways and means. 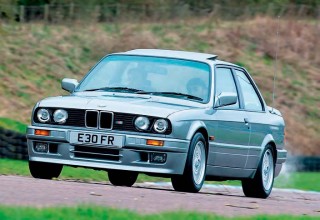 “We bought the car from a good friend and dealer, Andy at Old Colonel Cars,” he explains. “Andy knew we had been after a 325i Sport for a long time; my father and I were actually in France waiting to board the Eurotunnel to come back to the UK when Andy called up, saying he’d had this immaculate E30 offered to him for sale. Knowing the type of cars this company stocks, we knew it would be good! So without even seeing any pictures of the car, we left a deposit and collected it the following week.”

A risky strategy, buying sight unseen after viewing so many sub-par examples? Well, yes and no – of course there’s a certain amount of trepidation to be weathered when taking such a step into the unknown, but at the same time it’s important to recognise the value of trust.

And if you trust in the right people, fate also has a role to play. “The car did not disappoint,” Tahmid smiles. “It really is immaculate, and a rare colour combination too. The previous owner had meticulously restored this car to as new condition, sparing absolutely no expense. It was already a good car, but he wanted a perfect one. The interior is all original, has no signs of wear whatsoever, and still even smells new! The restoration was focused on the bodywork, and to future-proof the car.”

All-in-all, you couldn’t really ask for a better example to add to a collection as fastidious and detail-obsessed as this. As you might imagine, there really wasn’t anything for the father-and-son duo to do to the retro BMW after buying it, in terms of repairs or upgrades at least, so what they did instead was to take the E30 straight to their trusted detailing company – Rob and the team at R&R Detailing in Lingfield. This crack squad of experts set about applying the level of shine to the car that it truly deserves, machine-polishing and ceramic-coating the Lachssilber paint and deep-cleaning the rare Indigo interior – which wasn’t dirty by any means, but let’s not forget that this car is 32-years-old. Given how flawless it is, that’s an easy point to overlook.

Tahmid and his father aren’t your average collectors; they’re more like automotive historians... 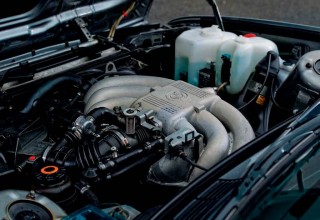 The final flourish was to apply that private number plate – the ‘FR’, Tahmid explains, stands for ‘for real’ – before taking the car out to show it off . Because, you’ll no doubt be pleased to learn, this isn’t a case of buying up a bunch of rare low-mileage cars and locking them away in carcoons to appreciate in value; they’re all going to be used as intended.

“I must have driven it a thousand miles in the first couple of weeks of ownership,” he says, which is all very gratifying. “The first major outing for the car was the Classic Motor Show at the NEC in November; it was lucky enough to be selected for display on the Lancaster Pride of Ownership stand. That was a three-day show where visitors could vote for their favourite car, and the E30 had an enormous amount of attention, everyone was impressed by its condition. The car won third-place for Best in Show that weekend! I was very happy with that. And then in December there was the Footasylum collaboration with Young T and Bugsey – it was used in a shoot with the rappers and the new Air Jordans, and the photos and videos were displayed in the flagship store in Manchester as well as many other outlets. The E30 was even pictured on the front of the store!”

The 325i Sport is certainly getting used as BMW intended; it may have been picked up with only 61,000-miles on the clock (and just try to find a nice one showing less than 150k these days!), and Tahmid is certainly respectful of its originality, but that doesn’t mean he’s afraid to drive it as it’s meant to be driven. “I’ve just been enjoying the car, it’s given me no problems whatsoever,” he beams. “Everyone seems to appreciate the E30, and I don’t think I’ve ever gone on a journey where I’ve not had at least one person approach me about the car or give a thumbs-up. And the plans are simply to carry on like this; I’ve got no thoughts to ever sell it, I just want to enjoy the car. I’ll be taking it to a lot of meets and shows this year, as it’s so enjoyable to drive and everyone likes to see it.” 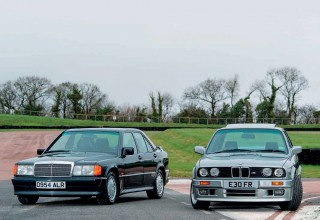 This certainly does present a unique opportunity for enthusiasts of all ages. While these top-spec E30s do still exist here and there in this impeccable and original condition, it’s the case more often than not that their unimpeachable purity is attributable to their being locked away out of sight and seldom used. But that’s not Tahmid’s way. He bought this Sport to drive, and that’s exactly what he’s doing. BMW fans of all ages will see him out and about in this fabulous time-warp, while the whole story of the collection gets chronicled on his Instagram feed, @m635bmw. You see, Tahmid and his father aren’t your average collectors; they’re more like automotive historians, keen to unearth the unvarnished truths of their dream cars and present them to the world. It’s a journey we can all take with them – the so-called ‘Ultimate Driving Machine’, ultimately being driven.

Tahmid and his father have a collection that extends beyond BMWs as their Mercedes-Benz 190E Cosworth W201 highlights! 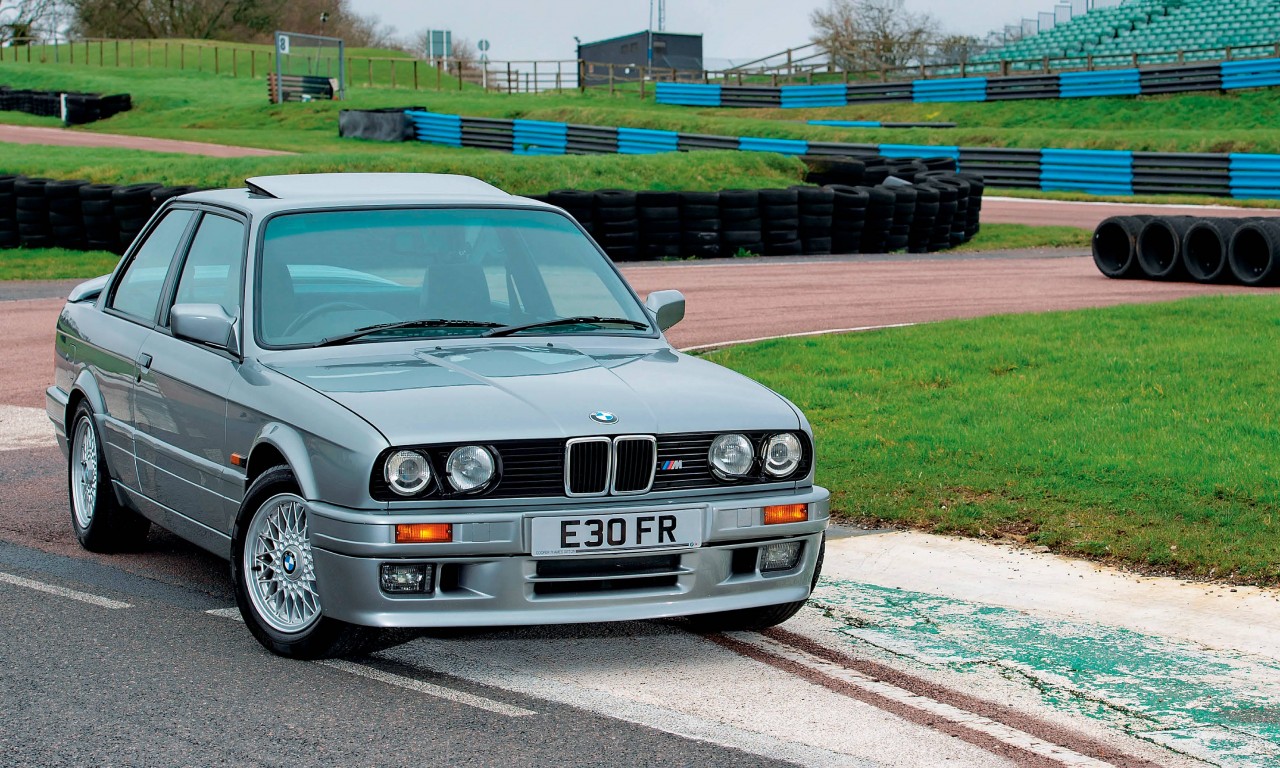 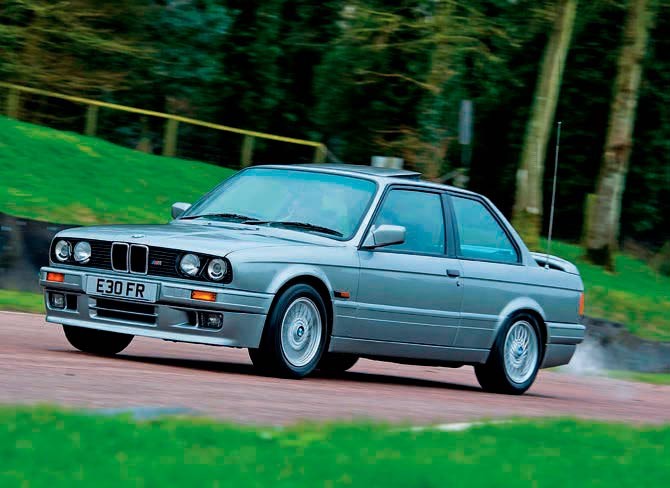 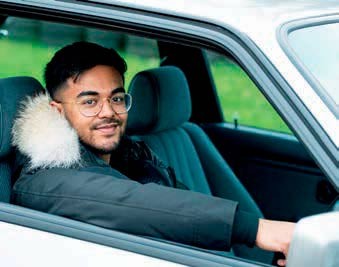 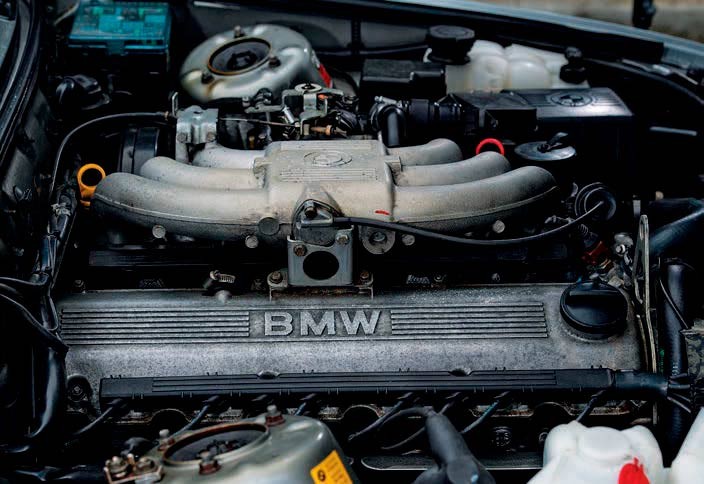 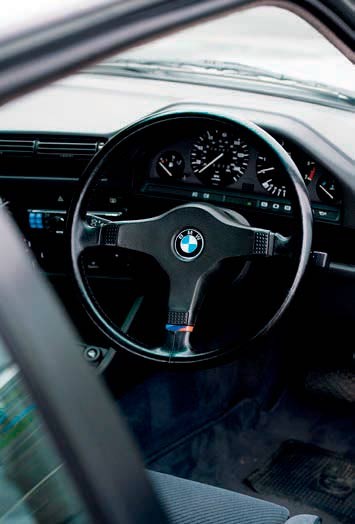 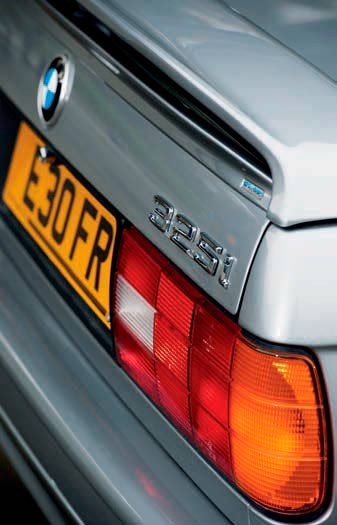 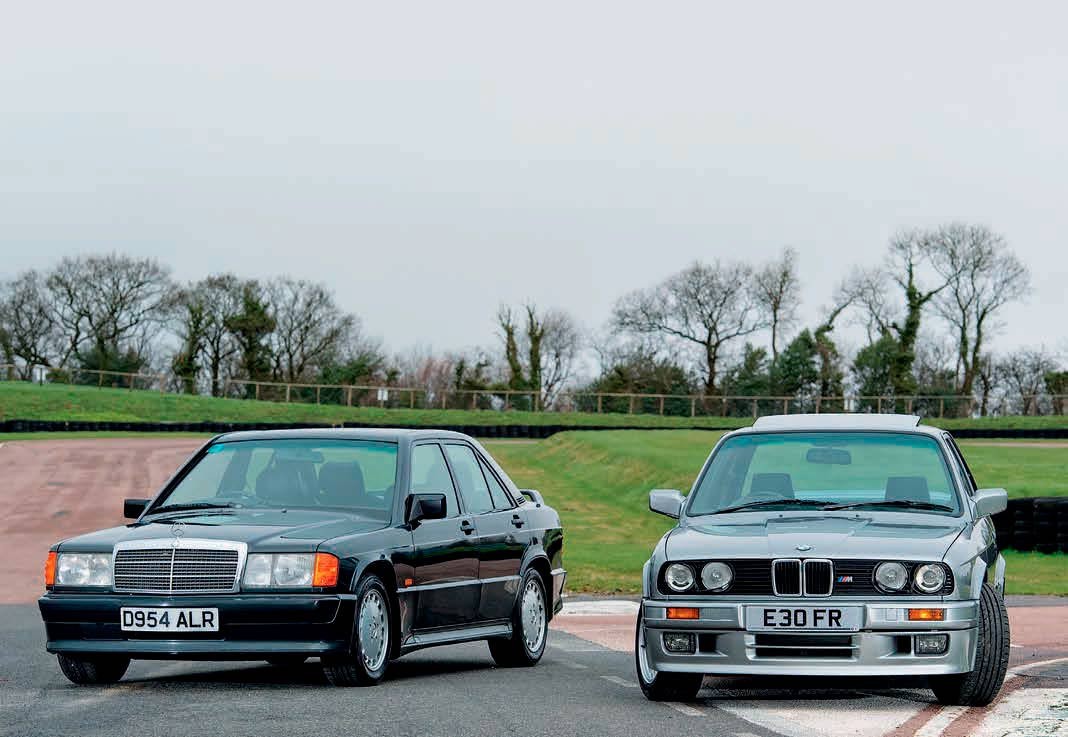 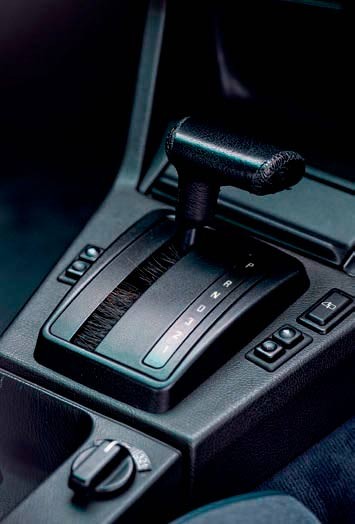 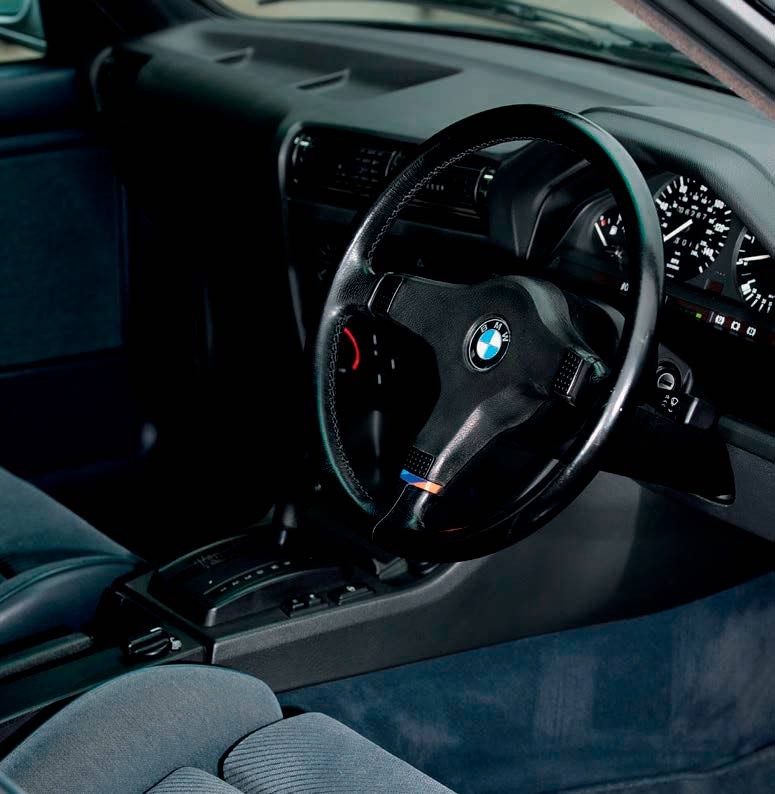 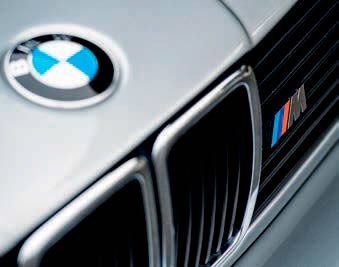 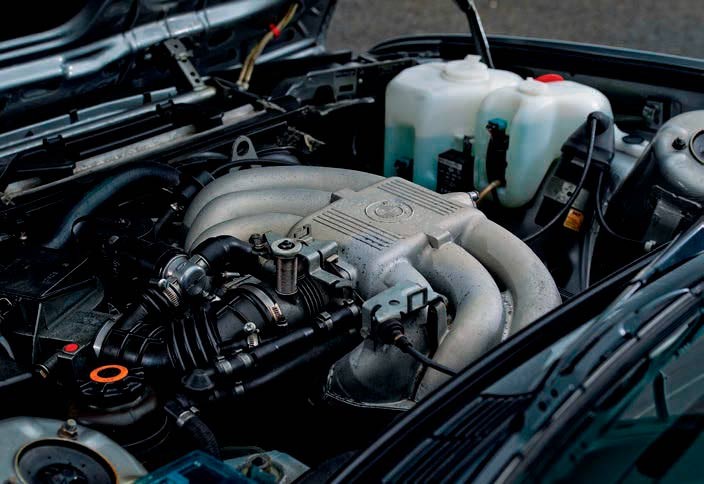 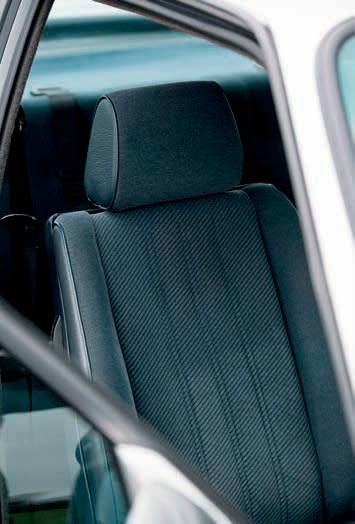 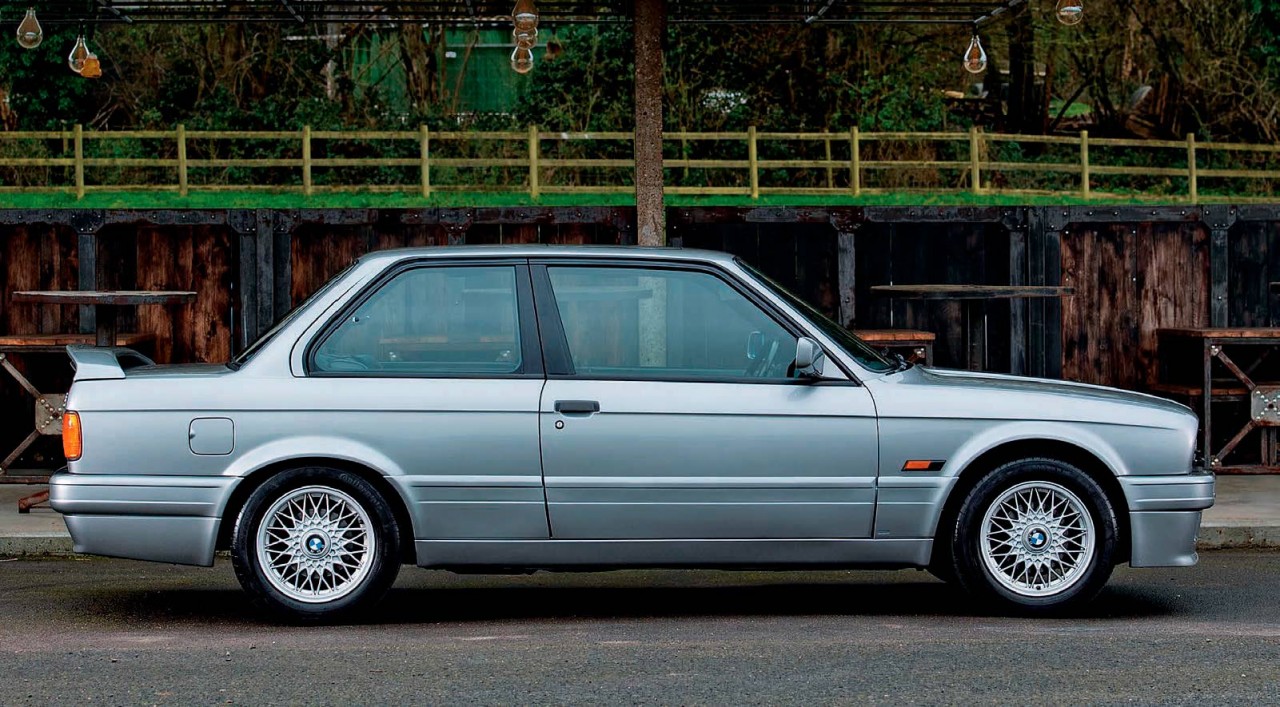 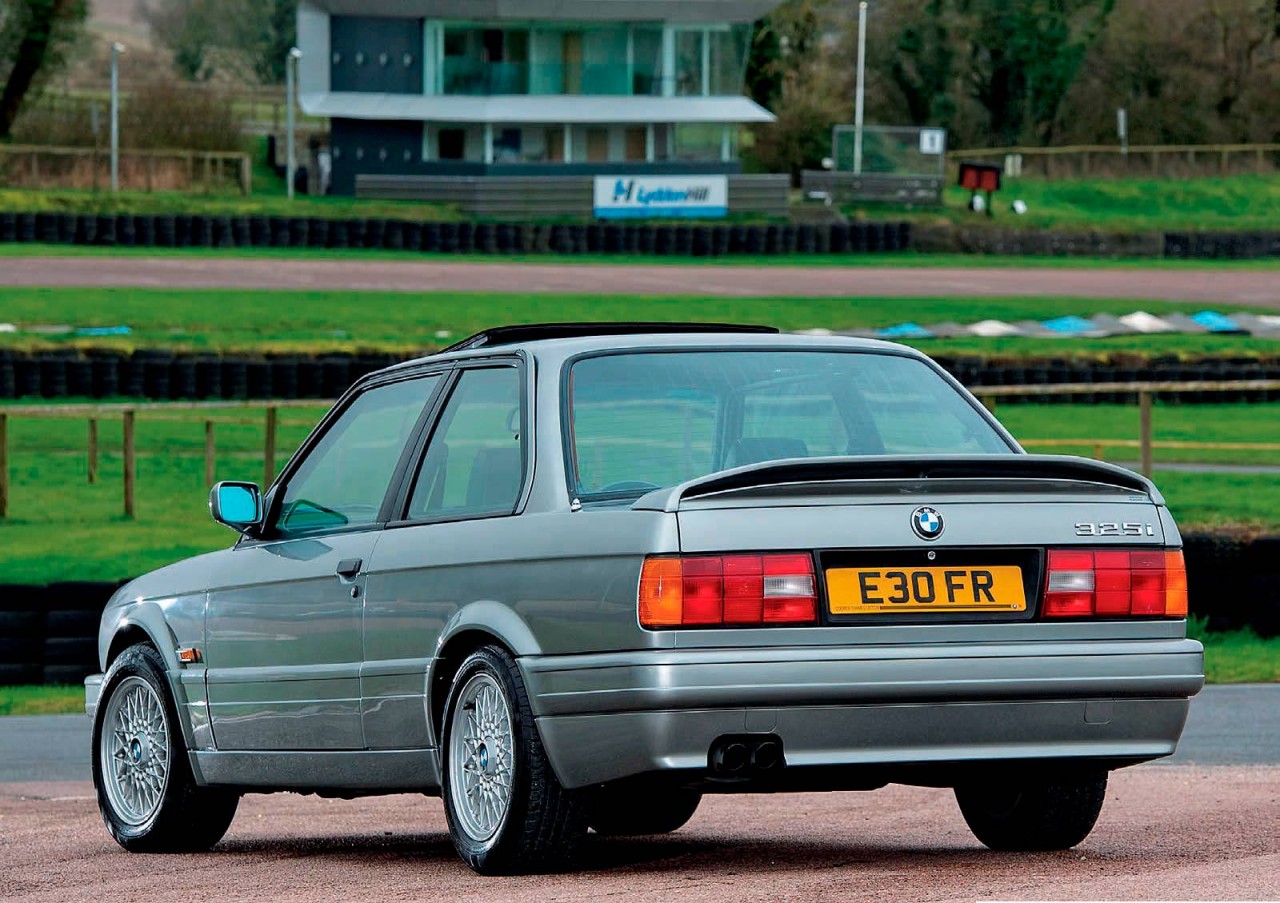 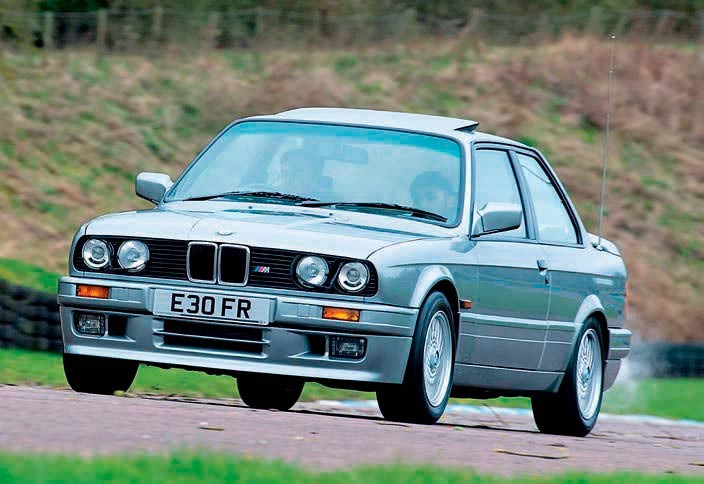 It’s not always easy to tell whether you’re looking at a genuine Sport or simply a nicely-specced 325i...

Body parts are very well, but engine-boot not so much good

The revised version of the South African special. The compression ratio was raised from 9.8:1 to 10.4:1 which made it 211 PS strong.

Time
This comment was minimized by the moderator on the site

Time
There are no comments posted here yet