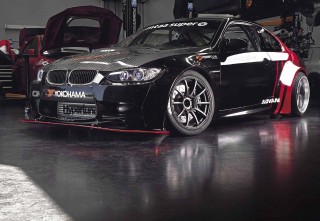 It takes a lot of heart to stare down problem after problem and still aim for the top. And make no mistake, Australian drifter Jake ‘Driftsquid’ Jones has seen more than his fair share of issues on his journey towards becoming a professional drifter. From the time he put his first-ever drift car into the wall before even completing a lap in it, to the sheer bad luck that’s led to countless blown engines and gearboxes, or the many other problems that have hindered him on his path, Jake has not had it easy. Add in the fact that he has had to earn almost every cent needed to pay for it himself (often putting himself into huge debt to do so), and you have someone who’s had to overcome an awful lot of adversity to get where he is. 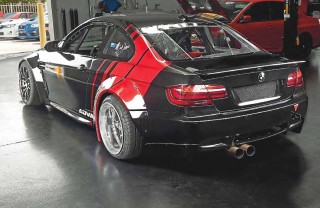 Thankfully, where Jake is now is a long way from where he started. Not geographically, as he’s still in Adelaide, where he first began, but in terms of profile, skill and trophies on the wall, he’s about as far from his humble beginnings as it’s possible to be, at least while still being based in Australia (there are dreams of competing in Formula Drift, but there are still many steps to go before he reaches his ultimate goal). To whit, he’s racked up numerous wins and podiums in local competitions, and had great success in both the Red Bull China Drift and Red Bull China Gymkhana series, never finishing out of the top 10 and notching up multiple podiums and wins along the way. He even finished second overall in the Red Bull China Drift championship in 2014.

However, for all his success, both in Australia and overseas, Jake knew that continuing to compete with his tired old ‘Sonvia’ (S13 chassis with 180SX front and S13 bonnet) and its RB25-based engine wasn’t going to cut it, either in terms of attracting new sponsors or giving him a competitive platform he could ultimately take to Formula Drift. So, starting back in 2007, when he first fell in love with the E92 shape, he began formulating plans to turn one into a drift car – ideally with a screaming RB26 under the bonnet. Of course, big plans can often take time to bring to fruition, especially when you have very little money, and it wasn’t until 2015 that a little luck came his way to help kick things off. 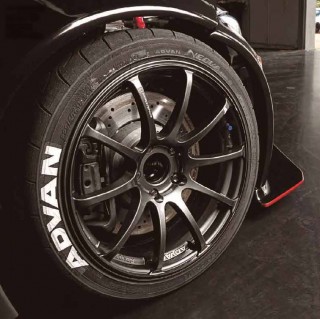 “I was at work one day on the night shift and decided to check Gumtree to see if there were any E92 shells around. The first thing that popped up was a written-off M3 that a wrecker had bought and stripped out. It was just a bare shell with the factory carbon roof and that was it. There were two doors on it, but they were both smashed-in, but thankfully the rear quarters were still straight,” he explains. 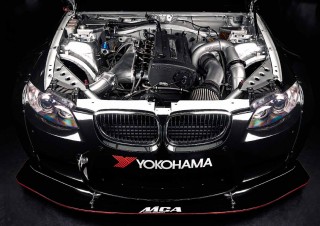 Of course, in a country where all European cars are grossly overpriced (a manual E92 M3 cost the equivalent of around £88,000 at the current exchange rate when new, and even second-hand prices sit at around £9-10,000 more than UK ones right now), it wasn’t a surprise that even this written-off shell was listed in the mid-teens, but Jake simply called the guy, said he’d take it off his hands that day for $2000 and, amazingly, the wrecker agreed. Job done.

Unfortunately, Jake couldn’t actually get started straight away, as the shell was thousands of miles away in Queensland, but after shifting it to a mate’s house up there to store, and finally bringing it down to South Australia when he found some cheap transport, the build began. Initially, he spent thousands on secondhand parts like subframes and suspension arms etc. just to get the chassis rolling, but he soon decided he might as well just order as much of the good stuff as possible and chuck it in ASAP, so in went the full Wisefab kit, complete with hubs, lower control arms, adjustable camber and toe arms, traction control arms and so on. The MCA Red coilovers you see were a special order, built by boss Josh Coote himself before he’d even seen the car (unsurprisingly, it remains the only RB-equipped E92 he’s ever done, too), and proving Josh’s expertise, Jake says he’s done a brilliant job. Given his relationship with Yokohama Tyres, rolling stock and rubber was easy to source as well. The Work Equips on the back of the car in the photos were a spare set Jake just happened to have fitted at the time, while the Sailun rear tyres are actually imported into Australia by Yokohama and run at their request.

With the car movable, Jake took the rolling shell into local business Helps Metalworks to get the full, FD-compliant cage put in, as well as the front and rear tube frames and the initial engine and gearbox mounts. Once that was done, the rest of the build could progress. Outside, a genuine Liberty Walk wide-body kit and Seibon carbon bonnet were bolted on, while inside, Velo Apex driver and passenger seats, Velo harnesses, WoodWard steering column and hub, Velo R28 wheel, GDB hydraulic handbrake, Wilwood pedal box and HGT sequential shifter were all mounted up. Mechanically, the base engine, gearbox and rest of the drivetrain all went in, too. Jake actually did as much of this work as possible himself, before taking the whole lot up to PowerTune in New South Wales, whom he entrusted to do the engine build, fit the final drivetrain (which included an HGT five-speed sequential Winters ‘quickchange’ diff) and do the millions of other sundry tasks you need to complete a race car project. 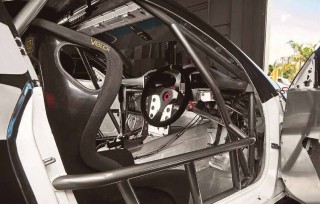 “The main goal [with the car] was to make both a visual impact and an auditory one, and for the auditory side, with an RB, you need it to be high-revving and reliable – something I knew PowerTune could help with,” Jake says. In terms of parts, that meant bringing in a complete Tomei 2.8-litre stroker kit, and matching that with items like a custom PowerTune shim-less head, Helps Metalworks ‘Steam Pipe’ exhaust manifold, Precision 6870 turbo, two Turbosmart 40mm ProGates, Hypertune intercooler and intake manifold, custom PowerTune cams, HKS cam gears, 1000cc injectors (12 of them, for all the E85 he uses) and a Barnes four-stage dry sump pump. Apparently, the dry sump part of the build was one of the hardest, because of both the amount of fabrication involved for the tank, piping and, most importantly, the need to keep it all easily serviceable (given drifters sometimes only have five minute ‘time outs’ to fix something if it breaks mid-competition). However, as Jake describes the RB26’s oiling system as “quite terrible” from the factory, it was a necessary step.

Equally important in terms of reliability was the choice of ECU. Here, Jake and the PowerTune team went with the gold standard – a MoTeC M150. Past experience had taught Jake that this was the best option for such a highly-strung motor, and thanks to PowerTune’s work with the software, which takes inputs from an incredible 40 sensors around the car, the motor can scream to 10,000rpm (and output nearly 1000hp) all day without a single issue. Even if something were to happen, Jake says the number of sensor inputs and intelligence of the software means it’ll pick things up almost instantly and adjust parameters to ensure the engine stays safe. “It won’t be a huge change – I’ll barely notice it when I’m driving – but it’ll start pulling timing out, lowering the rev limiter and so on”. 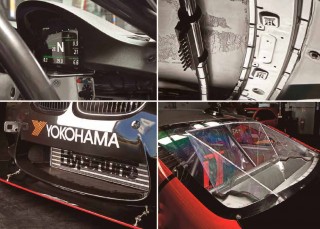 Finally, Jake and the PowerTune guys addressed the other key reliability weak point – cooling – by following the current pro drift build playbook and mounting the radiator, fans and oil cooler in the back. However, this proved tricky to get right. Initially, the car ran with NACA ducts in the rear three-quarter windows, but they quickly found this didn’t get enough air into the back. Thus, after some trial and error, they came up with the current design, which uses the entire custom rear window pane as the duct. Jake says this works perfectly on anything but high-speed tracks; he’s already got a fix in the works, though.

With the car now complete, Jake is obviously stoked with the results. He now finally has a base on which to build the next step of his career. It looks brilliant, sounds amazing and is guaranteed to get the crowd whipped up wherever he goes. The end goal is to get the car to the US and hopefully find some sponsors to help him compete in Formula Drift, but for now, he’s happy just to wind it out, smoke some tyres and get on with the job.

THANKS Thank you to my sponsors MTAA Super, Hypertune Australia, Turbosmart, Hi Octane Racing, Huey’s Transport, HGT, Mantic Clutch, Autosport (Velo), MCA Suspension, Royal Purple and Yokohama Tyre Australia. Thanks also to Chea, Adz, George, Rob and Pete (‘Phil’) at PowerTune Australia for all the work they have put in throughout the build and keep putting in. Making dreams a reality! 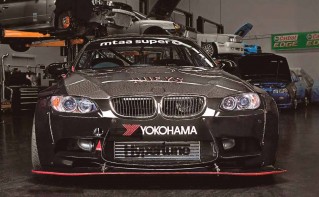 “Jake took the rolling shell into local business Helps Metalworks to get the full, FD-compliant cage put in, as well as the front and rear tube frames”