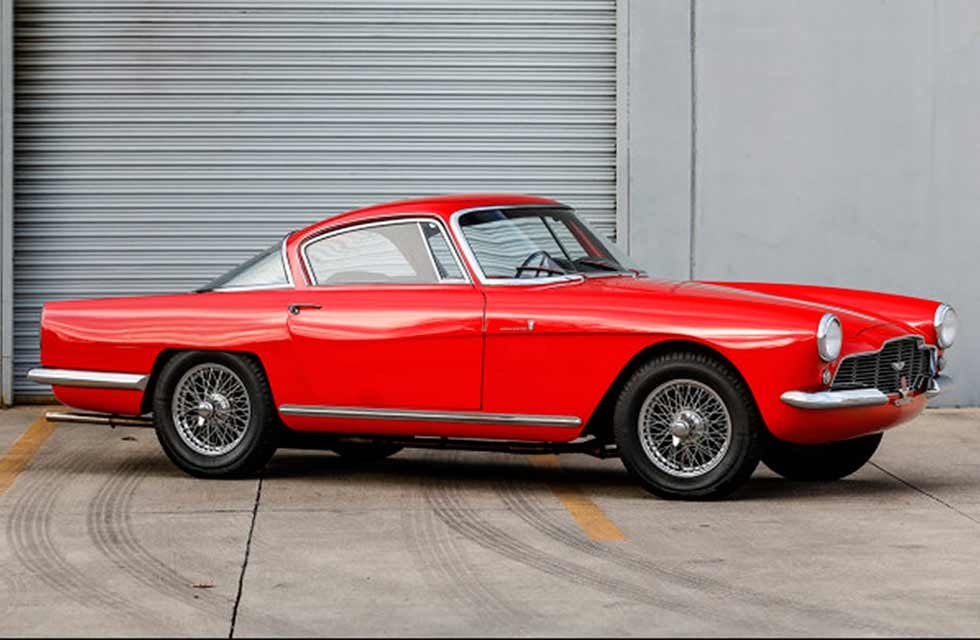 Stanley ‘wacky’ Arnolt was generally untroubled by self-doubt, as he demonstrated on September 26,1938, when he crossed a treacherous Lake Michigan in a tiny boat to prove the reliability of his Sea-Mite marine engine. Perhaps unsurprisingly, Wacky was a man of faith; he kept an electric organ in his office and would belt out hymns for visitors to the Arnolt Corporation, a business so bewilderingly multifarious that he referred to it simply as a ‘job shop’.

Too irrepressible, too Christian and too busy to have held a grudge, then, but Wacky would surely have allowed himself a chuckle at Aston’s expense had he been around to see this year’s Scottsdale auctions. Sixteen Astons were offered in the Arizona desert in January, but none attracted more attention than Wacky’s special-bodied 1954 DB2/4 Coupe, a car of which Aston did not exactly approve.

For a short time in the early 1950s, Wacky was on friendly terms with the folks at Feltham. Having established himself as a semi-successful importer of British sports cars, he committed to a grander project in 1952, commissioning Bertone to build at least 200 cars on the MG TD chassis. The resulting creation was not a flop but, problematically, production of the TD ended before the minimum number of Arnolt-MGs had been built.

In his efforts to keep Bertone busy, Wacky bought a handful of DB2/4 chassis and shipped them to Turin. Somehow the Feltham brass had not twigged that these would eventually be badged ‘Arnolt-Aston Martin’, and only three Franco Scaglione-penned roadsters were finished before much displeasure was voiced. Aston Martin could do nothing, though, to stop four more Aston-badged specials rolling out of the carrozzeria – including our unique coupe, chassis LML/765.

Looking at the car, it is hard to understand why Aston Martin did not bring Wacky and Bertone into the fold; a small production run would surely have been a hit. The proportions are superb, and the wraparound glass makes the cabin a delightful place to sit.

Bertone was rightly proud of the car and displayed it at the Turin motor show in 1957, when it still wore its original white paint. It was sold new to a Parisian, but by 1976 it had made its way to the States, and it has remained there ever since.

Gooding & Co had the privilege of auctioning it in Scottsdale, where it made $566,000 – three times as much as a nice, standard DB2/4 in the same sale.

Between all the houses represented in Scottsdale, 81 per cent of Astons were sold. The overall sell-through rate was exactly the same, and Astons appeared to be following the wider market in other ways, too. Cars valued at $250,000 and up seemed a tougher sell than in years past, as were those that came to the block with a reserve. The real big-ticket items, estimated at $1 million or more, struggled badly, with 52 per cent of them passed in.

Clockwise from top left: Under the skin is regular DB2/4’s straight-six; sleek body boasts neat fins in nod to American trends of the time; interior spacious and airy.