Buying Guide Citroën XM – styled, and French. Who could ask for more?  Temptingly quirky but with a reputation for trouble – should you invest in this French modern classic? Replacing the popular, futuristically-styled Citroen CX was never going to be easy but that was the task facing Citroën in the late 1980s, and the result was this, the XM. The curves were gone, the Bertone bodywork taking on a far more angular look, with plenty of glass and a sharply chiseled front end that looked suitably stylish at the 1989 launch. In fact, the XM was appealing enough to bag the European Car of the Year gong the following year.

So what was it like to drive? Well, very relaxing, as you might expect from a big Citroën and much of that was down to the computer-controlled Hydractive suspension system. Once again the company eschewed a conventional coil spring and damper arrangement, instead choosing to stick with a heavily revised version of their Hydropneumatic set up. The result was a car that rode superbly, if a little more firmly than the magic-carpet ride of old, the new system keeping body roll and pitch to a minimum in harder driving. Allied to accurate steering and powerful brakes this was a car that you could punt down a twisty road with confidence, although in fairness it was comfortable motorway cruising where the big hatchback really excelled.

The XM could soothe away the miles very effectively, giving passengers plenty of time to enjoy the spacious cabin and generous equipment levels. Indeed, if it was space you needed, then an XM would have been perfect, and there was always the cavernous estate – created by French coachbuilder, Heuliez – if you needed to shift not only the sink but the whole kitchen. The hatchback even included an extra glass panel behind the rear seats to keep draughts at bay when the tailgate was opened. Engine-wise, the original eight-valve petrol motor could be a bit sluggish and the need to row it along wasn’t in keeping with the car’s relaxed demeanour. Far better instead to ignore the thirst and plump for the smooth 3.0-litre V6 petrol that was allied to a slick-shifting automatic transmission. Or let common sense rule and take the frugal turbodiesel route.

It’s gained a reputation for painful ownership, but that’s unfair according to specialists and owners. We’d certainly avoid abused or neglected examples, but XMs are well understood now and there’s excellent specialist and enthusiast support. But do always join the clubs – Citroen doesn’t bother supplying parts for its old cars, so you’ll need all the support you can get.

Series I dashboard is an angular affair with an appealingly quirky single-spoke wheel. Frugal diesels make the most sense, although it’s hard to resist the charms of the silken V6. You’ll need to ensure everything works, but an XM provides comfort and space aplenty.  Estates are relatively common, but generally harder used. Hydractive suspension provides a relaxing ride. Ignore ‘sealed for life’ claim. Autos need fluid changes.

‘V6 aside, I’ve probably owned every type of XM over the years, and currently have four although one’s off the road at the moment. For me, there’s nothing else like them – they are unique and, like many owners, I’m fascinated by the engineering and their idiosyncrasies. The most recent purchase was a 1998 2.1-litre diesel automatic model – less sought-after than the manual but pleasurable to drive – and it’s now covered 160,000 miles. It was in fair condition when I bought it with just a few dings on the bodywork but the important thing was that it was mechanically sound. All it’s needed so far is a replacement exhaust and some minor suspension maintenance, but otherwise it’s been trouble-free. The 2.1 diesel is easy to work on, parts availability is good, and there’s certainly more room in the engine bay than with the smoother, more powerful 2.5-litre diesel. It mostly gets used for local runs – it shares daily duties with an LPG-converted turbo petrol model – but I wouldn’t hesitate to use it for longer journeys. The XM is brilliant for covering big mileages as it feels really effortless, even on longer trips.’ 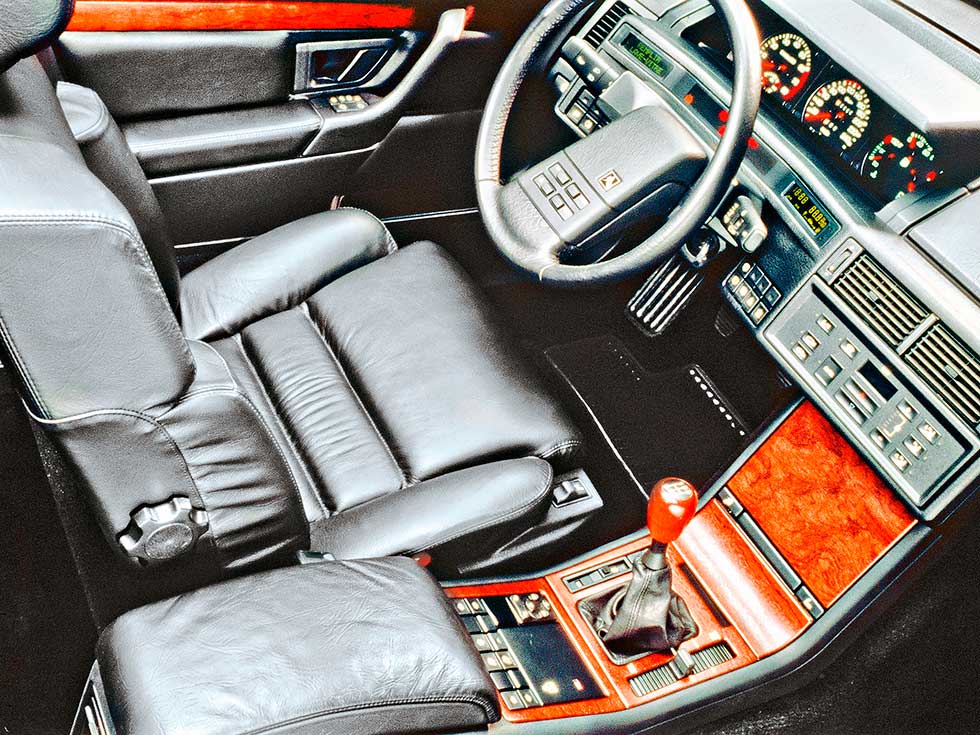 There’s not a great deal of difference in price between petrol and diesel versions, although the latter are generally more sought after especially in estate form, but either way it’s buying on condition that’s the key thing with an XM.

(Prices are for a 2.1TD model, and from GSF Car Parts)

If it’s clean on the outside…

Panel rust is a relatively rare occurrence although it pays to check the lower front wings where they meet the sills. Parking dings and poorly repaired accident damage are the most likely causes of corrosion, and pay particular attention to the bumpers for scrapes and missing chrome trim which is hard to source. Damaged light units and mirrors are likely to need a hunt for new-old stock or secondhand parts so check those too, although used panels are generally easy to find.

Underneath, look closely You’ll need to check more carefully underneath as the sills are prone to corroding from the inside out – check their full length and around the jacking points. Thick layers of factory underseal can hide rot in the floor or box sections too, so a good prod of these areas is advisable. And you’ll need to ensure that the top suspension strut mountings – especially those at the front – are free of rust. Also, the front subframe should be checked closely for corrosion, and may have already been patched, rather than replaced. Generally speaking, it seems that Series 2 cars (introduced for the 1995 model year) can be more prone to corrosion woes.

Petrol engines are robust with regular maintenance although the 2.0-litre eight-valve unit is a bit underpowered in naturally aspirated form. Consider the CT turbo or later 16V for better performance, but check that the turbo itself is healthy and there are no signs of blue smoke. Leaking manifold gaskets are common too, and a pig to fix.

Cambelt changes are crucial with all engines, so be wary of cars with patchy service history, and keep an eye out for engine management issues and rogue warning lights. Most problems are caused by dodgy electrical connections and corroded earth points (especially on early cars).

Don’t dismiss the pre-1997 3.0-litre V6 – it’s reliable in 12V form, fragile and rare as a 24V. The later 3.0-litre is a strong and reliable power unit, and not particulary heavy on fuel with a light right foot. The 2.1-litre 12V turbodiesel is excellent and reliable, the 2.5-litre, less so, thanks to a weak cylinder head design.

Diesels proved popular with buyers thanks to their reliability, torquey power delivery, and better economy. They’re reliable, though headgaskets are a concern – some owners reckon a stronger antifreeze mix can reduce the risk of failure – and you’ll need to ensure that the turbocharger isn’t showing signs of wear. The 2.1-litre unit is easier to work on – changing the cambelt on a 2.5 takes almost twice as long – but look out for leaking radiators, and leaks from the fuel return pipes on the injectors.

Ensure the clutch operation is OK on manuals, as as sourcing a replacement cable can be tricky. The 4HP18 automatic ‘box fitted to all cars apart from belt-driven V6s has a reputation for unreliability, but while you do need to be wary of misbehaving units, annual fluid changes are facilitated by easy filter access. If that’s been done, they should cover high mileages without issue. The 4HP20 auto (late V6s) is tougher to maintain, due to the filter not being accessible without a partial rebuild.

A well maintained system should be fine as long as the LHM fluid has been changed every 30,000 miles. It makes sense to ensure that the pipework is solid and leak-free, and that it responds properly to the height and mode selection switches.

Most cars will have defective Hydractive diodes, meaning a hard ride, but this is easy to repair with a kit (buy online for about £40). Also check that the centre spheres are recent, as when they age, ride gets harder. In total, there are seven spheres (eight on cars with anti-sink). Any sensor errors will result in the set-up defaulting to firm setting.

Power steering pumps need checking for noises or leaks, and ensure that the ABS is fully operational. Faulty wheel sensors are often to blame and replacements are scarce – replacing the complete hub with a secondhand item is a common cure.

Most of the electrical maladies should have been sorted by now, but prod every switch to be certain. Failed electric window regulators can be a common problem and a pain to fix (costly too) while central locking and heater motors can fail too. Also, door locks themselves can play up, so check they all work, and watch for missing pixels on the dashboard’s LED displays. Most trim materials are fairly hard-wearing – although interior parts are scarce – and watch for battered load bays on estates.