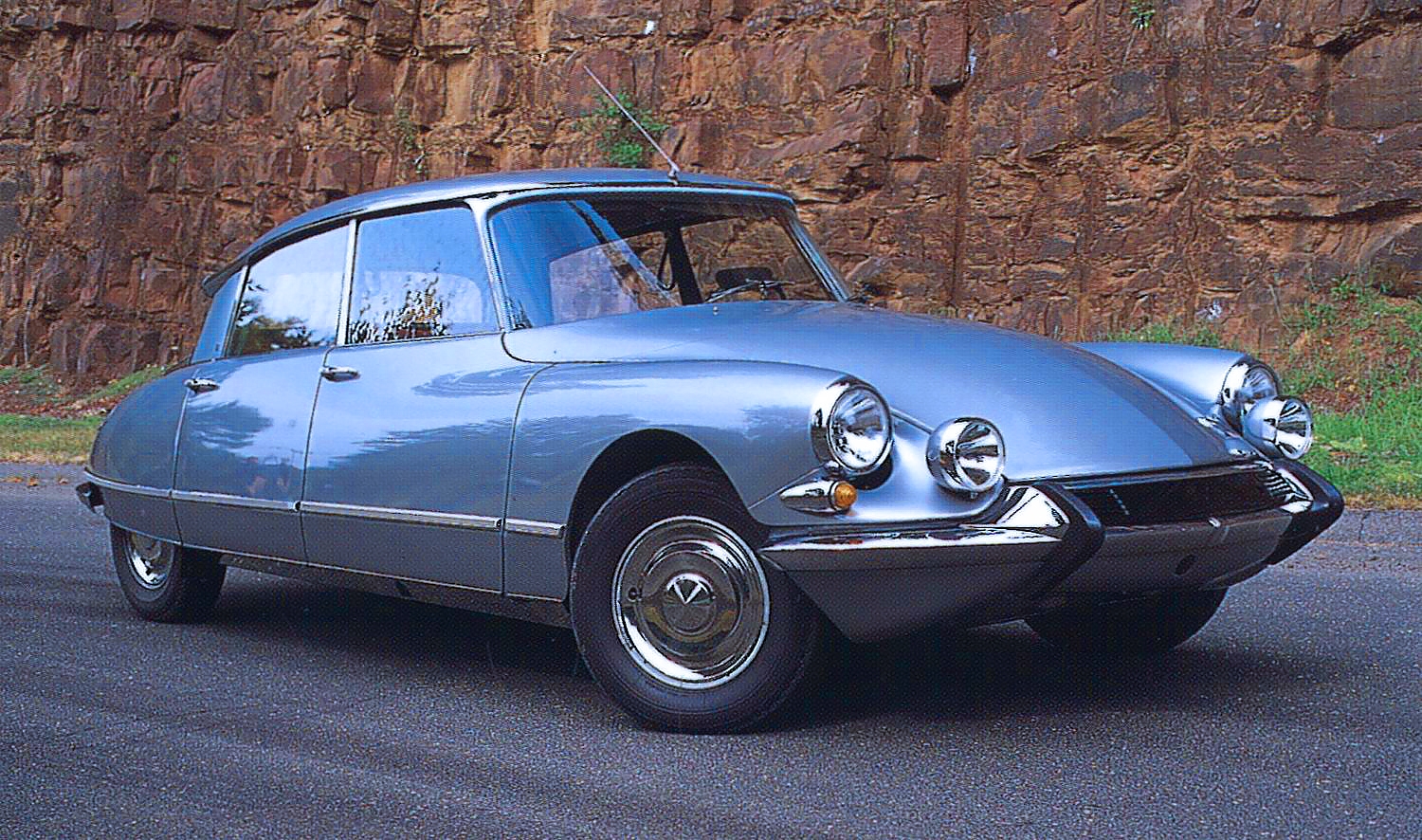 1966 Citroen DS21 Pallas road-test. Owner: David Towle. Designed to be a replacement for the prewar-styled Traction Avant, the DS model was launched on October 5, 1955, and remained in production with very few changes until the early 1970s. The DS, short for Derivation Special, had an advanced aerodynamic shape; a central hydraulic system that controlled the steering, brakes and clutch; an air/fluid hydro-pneumatic, self-leveling suspension system; and a single-spoke steering wheel.

By 1966, the DS was available with either a 90hp, 1,985cc inline-four or a larger, 109hp, 2,175cc version. The small engine models are DS19s, while the larger, 2,175cc versions are known as DS21 Pallas; they feature those distinctive, diagonally positioned quad-round headlights. 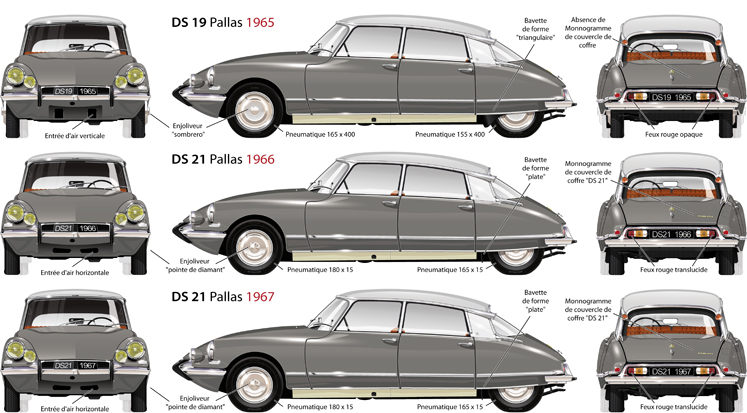 Organic. Simple, yet revolutionary. The DS was a total contrast to the U.S. manufacturers approach to building automobiles. It is unique in style and technology. This example is a beautiful sedan with good cruising characteristics. For me, it ranks high as one of the greatest cars of the 20th Century. Solid and steady as she goes. The ride quality and dampening was nothing less than outstanding. I can’t think of a car from the 1960s or, for that matter, the 1970s that gives a better ride. It held its line nicely through turns, thanks to precise steering and, of course, the sophisticated hydro-pneumatic suspension. The engine had excellent low-end torque and the clutch easy actuation. The seating was very comfortable, and all the gauges were clearly visible. The steering wheel was not adjustable, but located perfectly. For me, this DS is highly desirable: It’s a good driver and has a fine restoration.

With its advanced aerodynamics and added safety features, the DS is an excel-lent example of form following function. Its flowing bodyline might be too radical for some people’s taste, but every aspect of the design makes sense; it is practical sculpture. Compared to the American cars that were available at the time, the DS ranks high, with lots of character. There’s no mistaking a DS for a Chevy Impala, that’s for sure. On the road it gives a luxurious ride for long-haul runs. I noticed that it leans into corners more than I would desire, but it always maintains total control. Easy-shifting transmission and quick steering makes for a car that’s good on the highway as well as secondary roads. Seats and roominess are more comparable to quality home furnishings than to other cars. It’s just that comfortable. As one of the most originally designed cars of the 20th Century, the DS still looks fresh today. 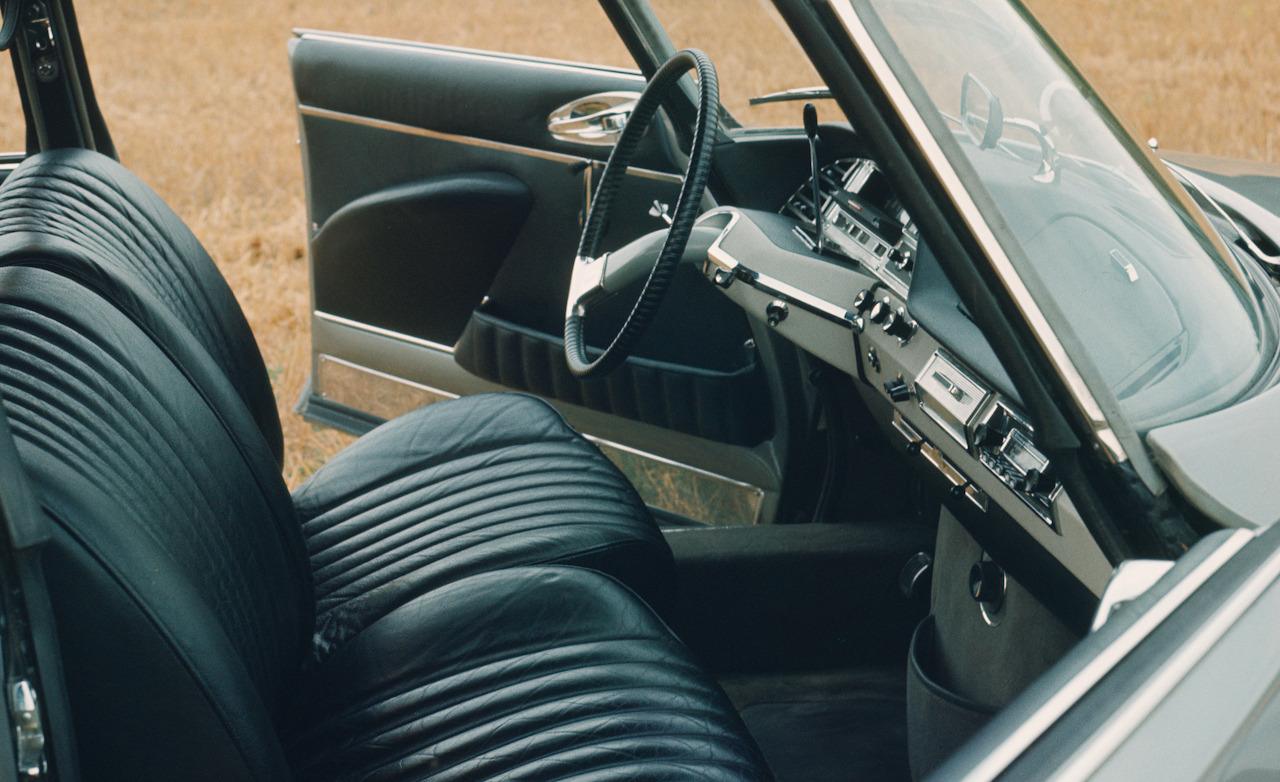 The DS has great lines, very futuristic. The George Jetson House of Styling could have designed it. Even the interior has a very artistic theme to it. While the whole car is loaded with character, the most distinctive features to me are its long, sloping hood and bug-eyed headlamps. Ride was excellent, though I found the brakes to be slightly softer than I would have expected. Handling was great, with no noticeable roll through any turns. On the road, the car shifts smoothly and accelerates with little effort. I was greeted by a very plush interior. Instrumentation was very easy to read. The dash-mounted rear-view mirror vibrated just like the one in my Citroen 2CV. Overall, I would love to own one of these. I might swap the wife for one, but it would have to be in excellent condition.

I love it. The distinctiveness is very appealing. The long hood and pinched rear end — it reminds me of an armadillo. Its character is derived from its originality It’s so French. On the road, it gave a great, smooth ride, even over bumps. Brakes, however, were a little iffy. A lot of pedal effort was required at first, then very light pressure was needed. Little road noise was evident, even with the windows down.

At times the DS exhibited lots of body roll; however, it always felt stuck to the ground. I found it to be a little light on power, but plenty to get you where you need to go. It offered superb outward visibility through the windshield. The mirrors, though, were too small. Seats are very comfortable, with nice positioning of stalk controls near the steering wheel. This car is the best. It’s a great combination of distinctive styling and quality engineering.