BMW S50 in all its glory 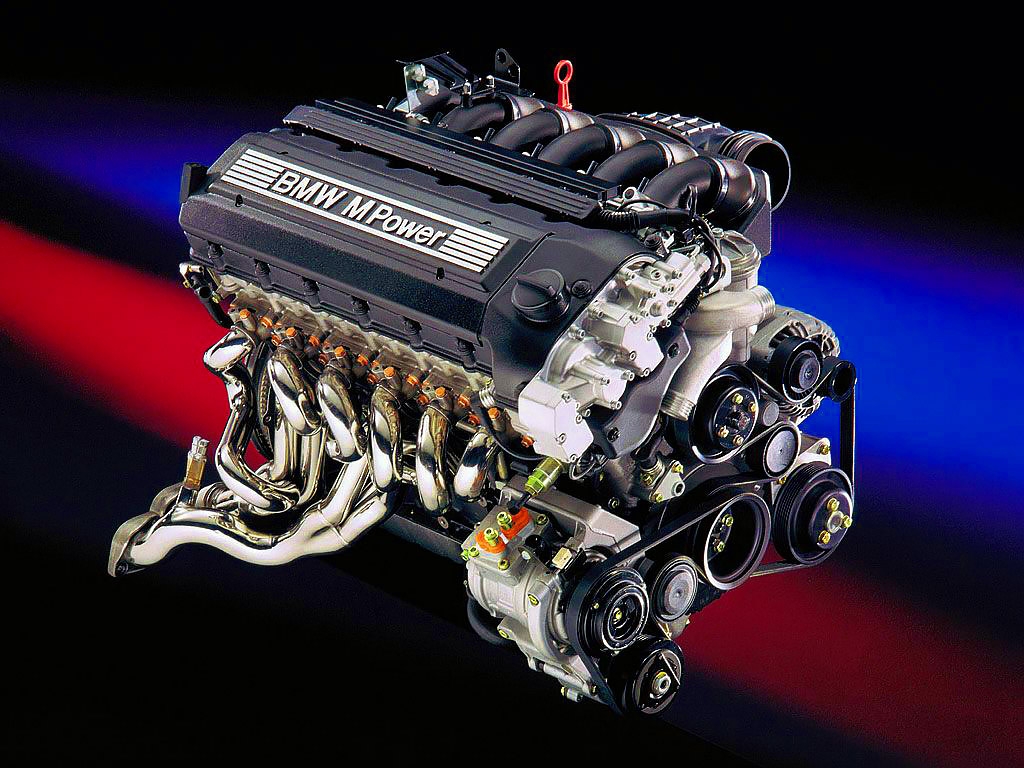 Engine guide – the S50 in all its glory. The car that replaced the E30 M3 needed a good engine and it got just that in the shape of the S50.

After the E30 M3 and its storming S14, the car’s successor needed a suitably impressive engine. While the E36 M3 may have been met with a lukewarm reception upon its launch, mainly due to the massive change in direction that BMW took when developing the car, the S50B30 and its B32 successor were both incredibly impressive engines, and the amount of work that went into creating them really makes the E36 M3 seem like a bargain. The S50B30 arrived in 1992 and remained in use until 1995, with a different variation for North America and a couple for limited production models. The S50B32 was used in the M3 3.2 Evo from 1995 to 1999 and in the Z3 M Coupé and Roadster from 1996 to 2000.

The S50 is based on its non-M M50 counterpart, with a cast iron block, but with a large number of significant revisions. The biggest M50 engine was the 2.5 but for the S50 BMW increased bore to 86mm and stroke to 85.8mm to take capacity up to 2990cc. Compression rose to 10.8:1 and BMW M ported and polished the cylinder head while individual throttle bodies were fitted to every cylinder. Heavy-duty valve springs were fitted along with single Vanos, a dual mass flywheel, free-flowing intake and exhaust system with Bosch Motronic M3.3 engine management looking after everything. This version of the S50B30 made 286hp at 7000rpm with 236lb ft of torque at 3600rpm. For the US market E36 M3, BMW developed the S50B30USA; the two engines used similar blocks and shared the same capacity but that’s where the similarities ended. The B30USA used the less complex head and two-stage Vanos of the M50 as well as retaining hydraulic lifters; it missed out on the individual throttle bodies and used a lower compression ratio of 10.5:1. It developed 240hp at 6000rpm with 225lb ft of torque.

For the S50B32, BMW M introduced a number of revisions to improve performance. Bore and stroke were increased to 86.4mm and 91mm for a total capacity of 3201cc while compression ratio rose to 11.3:1. Double Vanos was introduced and lightweight pistons were fitted along with graphite-coated con rods, larger inlet valves, improved intake and exhaust systems, an improved dual-mass flywheel, secondary oil pump pickup and BMW/Siemens MSS50 engine management. This took power to 321hp at 7400rpm and torque now stood at 258lb ft at 3250rpm, with the S50B32 being the first road-going BMW engine to break the 100hp/litre barrier. For the South African market, the engine was revised slightly in order to be able to cope with the country’s lower octane fuel; different pistons were utilised, dropping the compression ratio to 10.5:1 and power dropped to 310hp at 7400rpm with 251lb ft of torque at 3250rpm.

For the M3 Evo, the US received the S52B32, based on the M52 and capacity stood at 3152cc thanks to a bore of 86.4mm and 89.6mm stroke. The engine was fitted with more finely balanced camshafts, reduced mass valve lifters, springs and spring seats and revised intake and exhaust systems. Despite these changes, power remained unchanged at 240hp at 6000rpm though torque increased to 236lb ft at 3800rpm, though in cars fitted with the automatic gearbox, torque was restricted to 225lb ft.

BMW did a pretty solid job on the S50B30 and B32 and while US owners have plenty of tuning options with their engines, for the rest of us, big gains aren’t a realistic proposition, but there are options. On the B30 you can fit the B32 sump and oil pickup for reliability and fit the B32 head. Schrick 284 cams come recommended and while an aftermarket exhaust won’t add much in the way of power, it will sound better and weigh an awful lot less than the standard system. With a remap, you’ll be comfortably over the 300hp mark with all that. On the B32 lightened pulleys, a cold air induction kit and a remap should get you around the 335hp mark. On both engines you can remove the MAF, get Alpha N management and fit a sexy carbon air box, with potentially good gains available.

For serious power, you’ll be wanting to head down the forced induction route and while it won’t be cheap, the gains will be significant: DA Motorsport claimed 1100hp from its extremely comprehensive S50B32 build, for example. If you want an easy life, supercharging is the best choice purely because there are a couple of off the- shelf kits available. For approximately £5700, Active Autowerke will sell you its Stage 2 kit (there’s no Stage 1) for the S50B32. It’s expensive and treated as a custom order due to the high level of hand-built components, but it puts down some impressive figures. The kit features a hand-built intake manifold, enlarged intercooler, and high-flow fuel pump feeding a system based around a Rotrex supercharger. At 7.5psi of boost and running on 98RON fuel, it makes approximately 479hp and 340lb ft of torque. Race Marque Systems offers two kits, Stage 2 and Stage 3. The former costs £6791 and uses a Vortech V2 Sci trim supercharger with a modular two-piece crank pulley and a chargecooler integrated into the intake manifold. The result is 442whp at 7500rpm with 338lb ft of torque at 9psi. Impressive, but if you want more, the £10,700 Stage 3 kit adds an upgraded supercharger eight-rib drive with extra-large pulley configuration for maximum belt grip and internal engine components including con rods, pistons designed specifically for forced induction, rings and pins. The pistons are a unique design for forced induction along with an ARP 2000 head stud kit and an MLS (multi-layer steel) head gasket. The end result is a pretty serious 650hp.

As far as turbos are concerned, you have to put everything together yourself so it’s a lot more involved and complicated. We had a look around and found one turbo M3 owner’s spec list, which includes: Carrillo Rods; JE Pistons; SuperTech stainless intake/Inconel exhaust valves; SuperTech double valve springs; APR head and main studs; GT35R turbo; Tial 44mm external wastegate; custom intake manifold; Autronic SM4 with Vanos control; twin in-tank Walbros and Injector Dynamics injectors, which netted him a massive 566rwhp at 20psi. With a milder build, he made around 390whp at 8psi, which is still plenty to be getting on with and that sort of power figure requires rather less work, making it a more affordable and attainable goal. Ultimately, the sky/your budget is the limit.