Tech Focus Following on from last month, we look at more electronic aids. BMW’s Electronic Aids explained. This month we take a closer look at the electronic aids and systems in place to keep us safe, looking at exactly how they work to keep our BMWs on the road… Words: Simon Holmes. Photography: BMW/Max Earey.

Following on from last month’s Tech Focus that concentrated on how BMW’s electronic suspension systems work, this month we will now focus on the stability and traction side of things.

These are perhaps the systems we most take for granted most and one of the main reasons we can jump into a 300hp plus M car whilst it’s pouring with rain and not end up backwards in a hedge on the first corner. They work to stop us losing control of the car due to loss of traction although, importantly, sometimes we don’t want or need to be so restricted. Although most people will recognise DSC or DTC in their BMWs it’s important to know how these systems work and under what conditions they are designed to benefit the driver. So here’s the basics of what you should know…

Known as DSC, this has been BMWs main and most prominent electronic chassis aid for many years and it acts as the hub for many other related electrical systems, too. Its primary goal is to maintain a level of stability by ensuring traction is never broken. This is important in order to maintain a level of safety during adverse driving conditions such as a wet or icy road surface where the level of grip is jeopardised. It’s also imperative for the driver that traction is not broken during sharp manoeuvring, such as may occur in an emergency situation. But just like a regular traction control system, it’s also particularly beneficial when pulling away or under harsh acceleration at slow speed by ensuring wheel spin is eradicated. This not only gives superior stability but also generally gives better performance in a majority of circumstances. DSC is also clever enough to engage not only when wheelspin occurs but when sideways wheel slip is detected, such as when pulling out of a slow corner under heavy acceleration. This stops the car trying to go sideways rather than forwards, which is inherent in rear-wheel drive cars such as BMWs.

It functions by using a complicated series of sensors mounted around the car in a similar way to how the Adaptive Suspension we covered last month works. It uses these to closely measure the speed at which each of the wheels is rotating, along with the steering angle, G-force and load. It also measures the yaw, which is the degree of rotation around the vertical axis.

All of these signals are sent to a microprocessor to be monitored where they are compared to a pre-programmed model. If they differ too much from this set guide model, the system is able to sense the early signs that something is going to upset the balance and therefore the safety of the car, such as understeer or oversteer. To counter this, the system then engages by varying the level of grip from wheel to wheel in order to maximise their effect. It does this by taking control of both the engine and brake management systems, and on the xDrive models, the complex transmission system, too. By instantly calculating what it needs to do to keep the car stable, it will then either decrease or cut the engine’s output whilst increasing or reducing the brake force applied to each individual wheel to suit. It will also work with and take control of other electronic systems on the car, such as the Active Steering to reduce the amount of driver input required.

DTC is an additional function that can be turned on or off and works under the DSC’s control. Where as DSC works to ensure the car is always totally stable and never breaks traction, BMW understands that this isn’t necessarily what the driver wants or needs at times. When the terrain is particularly slippery, such as in snow or slush it’s actually beneficial to allow the car a certain amount of wheelspin to aid traction. Also, allowing the car a little slip is more enjoyable and often faster for a competent driver.

So DTC works to regulate the level of traction as a go between that allows a certain level of wheelspin or sideways slip. It still works with the DSC to carefully control the stability before things go too far, but everything is essentially turned back a notch in order to allow the driver more freedom before it does cut in. There’s a fair amount of leeway, too and it will even allow a controlled drift as long as the car does not put the driver in what it regards to be danger.

Working as an extension of DSC it uses the same set of sensors and systems that are able to predict the first signs of traction or stability loss by comparing them to a guide model. But rather than instantly stamp out them out through curbing the engine’s output, it simply allows a set amount of wheelslip or spin before engaging. The DSC is fully functioning at all times so it will step in like usual when the pre-set limit has been reached, making it just as safe at a higher limit in the right hands.

Again, following on from the way DSC works, its ability to constantly measure and calculate when things are going wrong extends further than just what the car itself is doing. From following set, preinstructed models or simulations it is also able to determine when anything unusual is happening to the car and that is also beneficial when towing trailer, which can be potentially dangerous. The DSC system is able to monitor what is going on behind the car when it is pulling a trailer and can therefore identify hazards early on and address them as required before they threaten the car’s stability and driver’s safety. For instance, trailers can work themselves into a swinging motion as speed increases which can cause an accident if it gets out of control, especially with heavier loads or due to uneven weights. 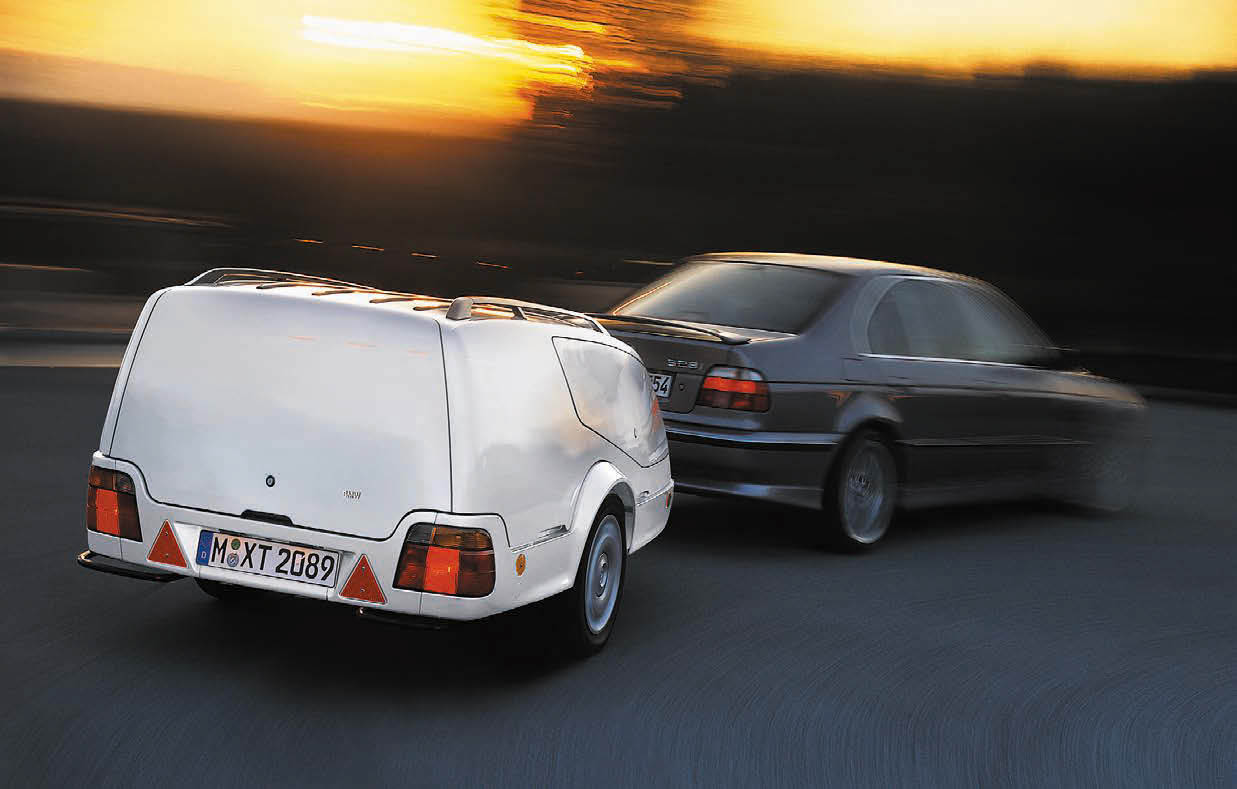 By using the DSC’s monitoring system, plus extra sensors, the processor is able to identify any problems early on, such as the force of a swinging trailer behind the car as it very marginally creates a load difference for the DSC to pick up on. It can do this very early on and is therefore able to administer the brakes to slow the trailer down. It is able to monitor the rotation of the vehicle and then intervene by reducing the engine power and applying the brakes until stability is resumed, at which point it will return full control to the driver, just as it would as though it was going round a corner too fast.

What happens if everything is turned off?

It’s important to know that the DSC and DTC systems are in place to protect the driver from potentially hazardous situations. Ideally, for day-to-day driving DSC should be on at all times to ensure the car can never react unexpectedly. In bad weather, such as snow or ice, DTC should be engaged to help the car gain traction or, if the driver is fully competent of controlling the car, it can be used to enhance a spirited drive. Pressing and holding the DSC button until it is disengaged removes all intervention systems, so it becomes solely the driver’s responsibility to control the car. This should be only selected on race circuits and the like in the hands of a fully competent, skilled driver. It is worth noting that some BMWs do not turn everything off, even if they say they do and there is a basic safety function ready to intervene if necessary. Also, if the car has an electronically controlled differential, it will still work as normal.