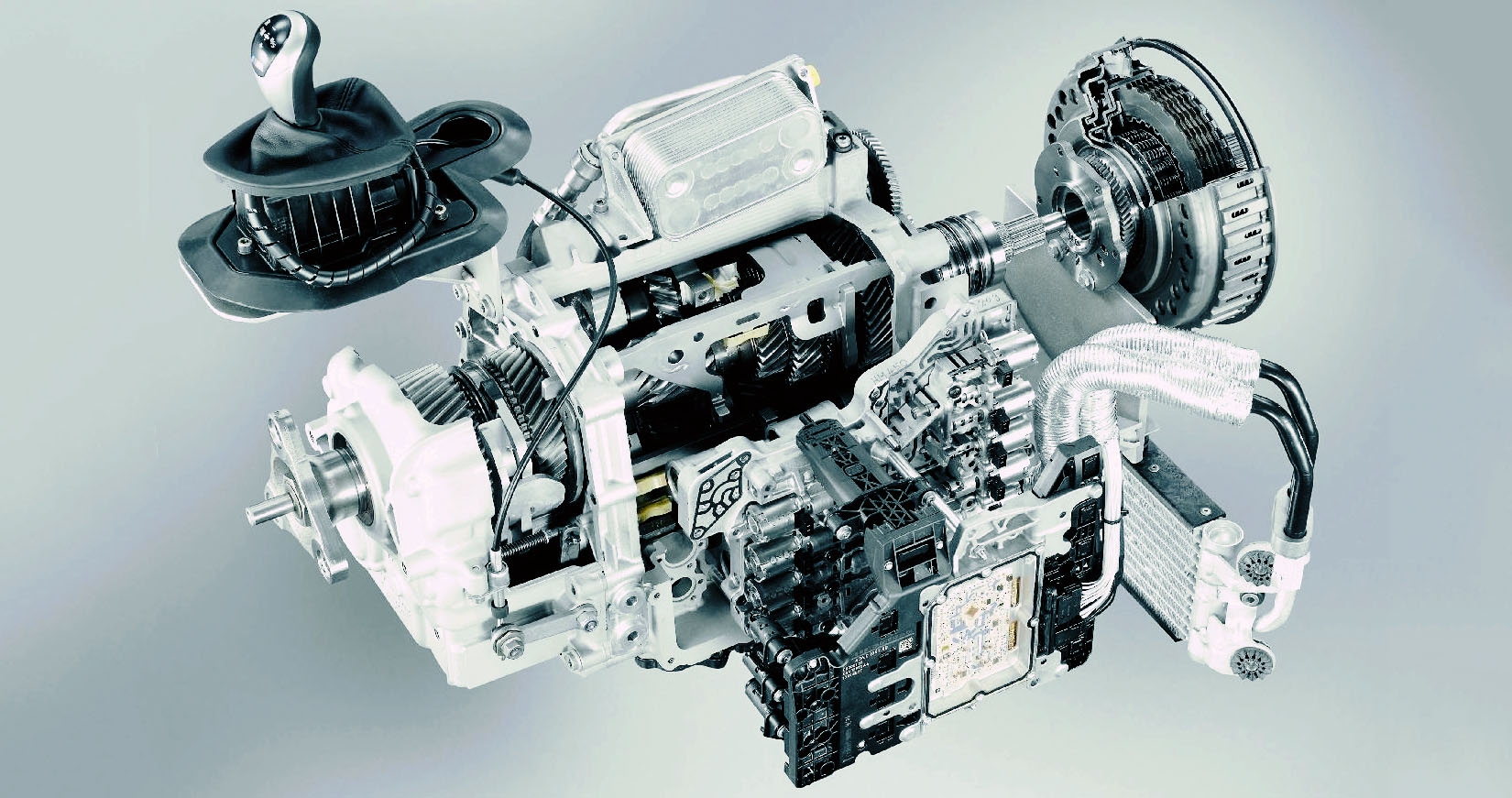 Tech Focus. A complex but interesting one this month: M DCT gearboxes.  BMW’s M DCT dual-clutch gearbox is about as clever as it gets when it comes to transmissions but how do they work, why are they better and can you service them? Words: Simon Holmes /// Photography: BMW

It’s a common misconception that dual-clutch gearboxes are a new thing. The concept has actually been around for decades although manufacturers only started investing in them in the early 1980s, primarily for racing at first. The reasoning was simple: they allow much faster gear changes, and faster gear changes means better performance.

BMW was relatively late to the game, releasing its first dualclutch gearbox, known as the M DCT for the E9x M3, back in 2008. The complex transmission was engineered by Getrag and instantly caught everyone’s attention by offering lightening quick gear changes that were so much faster that they actually improved 0-62mph times over a regular six-speed manual. Ignoring the debate over whether the M DCT adds more to the overall driving experience against a regular manual gearbox, there’s no denying that it’s a very impressive piece of kit. Gear changes could be instigated by the gearstick or steering wheel-mounted paddles but there was no clutch pedal and it was also possible to leave the gearbox in full automatic mode.

But despite these traits, the M DCT actually shares more internally with a manual gearbox than it does an automatic, although there is virtually two of everything and not just the clutches. It’s this that allows them to engage one gear at a time, like a normal gearbox, whilst being able to select the next gear so it’s ready and waiting to be engaged.

This is quite complex stuff but here are the simplified basics of how DCT gearboxes work and what you should know about them.

How do they work?

A normal manual gearbox utilises a single layshaft to which all of the g ears are attached. The gear is then selected mechanically by the driver using the gear lever. The clutch is used to physically engage or disengage drive/load onto the layshaft’s selected gear from another shaft driven by the engine. This is then sent through a third shaft out of the gearbox towards the differential.

A DCT gearbox sits in between an automatic and a manual in that it shares parts and processes from each of them. Although they are called dual-clutch gearboxes they are better described as dual-gearbox transmissions as inside the casing sits what is essentially two, separate manual gearboxes running in unison. So instead of using a single layshaft for all the gears, a DCT gearbox uses two layshafts with the gears divided evenly between them.

Either layshaft can be engaged onto a single mainshaft in the centre of the gearbox that sends drive from the engine back out towards the differential. This cleverly designed mainshaft is able to do this thanks to a secondary shaft running inside of it so each of the two layshafts is associated to either the inner or outer part of it. That might sound complicated but it essentially means there are two gearboxes that are both able to engage a cleverly designed single shaft.

Each of the two layshafts are then connected to their own clutch, hence the name dual-clutch, and it’s these that physically move each of the layshafts to engage the mainshaft. The clutches and layshafts work independently from each other so it’s possible to be engaged in drive in one gear on one layshaft, whilst the next gear has already been selected on the other layshaft and is in place ready to be engaged. It’s then simply the job of the clutches to swap drive from one layshaft to the other in order to change gear.

This transition is virtually seamless and very, very quick, hence the vastly improved gear change as the next gear is already selected, ready and waiting.

How are the gears actually selected?

A complex electronic gearbox control unit is programmed to control the selectors which physically choose the next gear and engage it on the layshaft so it is ready. Each of the clutches are engaged and operated using hydraulics, which are again controlled by electronics. By doing this, the gearbox is able to change gear for you in full automatic mode or the driver is able to override it using either the gearstick or paddle-shift. As it’s electronic, all these do is send a signal to the control unit to change gear so there is no longer a mechanical connection between the driver and the gearbox.

What are the advantages?

Changing gear with manual gearbox requires the driver to disengage the drive using the clutch, physically find and then select the next gear themselves before re-engaging drive. Although this doesn’t necessarily take a lot of time it still massively interrupts the flow of acceleration. A DCT gearbox is able to perform this process in a matter of milliseconds, as the time spent finding and engaging the next gear has been completely eradicated, requiring only the clutches to be engaged and disengaged to swap between gears. Therefore the vastly shortened gear change reduces the interruption in acceleration for far less time, giving not only better performance but a smoother gear change and improved fuel economy over a conventional automatic.

What does a software upgrade for the gearbox mean?

Because all of the shifting is done by electronics it runs a preset software program the same way as any other control unit does. That means it’s possible to improve how the gearbox selects or changes gears by upgrading the software to change gear even faster or predict and then select gears quicker. It is also possible to get the gearbox to change more smoothly, which was an issue raised by some of the first E9x M3 owners using the M DCT when it first came out.

How durable are they?

The M DCT gearbox uses what is known as a wet clutch setup, which means the clutches themselves are constantly covered in oil. This oil does not need to be changed and lasts the lifetime of the gearbox. It is pumped around the gearbox by its own lubrication system and this helps to both cool and lubricate the clutches. By doing this it this makes them a lot less susceptible to wear. However, like any mechanical component that constantly moves, it will eventually wear out. Being a fairly new gearbox it’s still early to tell how DCT gearboxes will cope with high mileages but so far they certainly haven’t got a reputation for failing or creating issues, even after massive power increases on the tuned examples we’ve seen.

In North America it’s possible to buy uprated and replacement clutch packs for the M DCT gearbox so they can be serviced but in this country there seems to be little need for it so far.