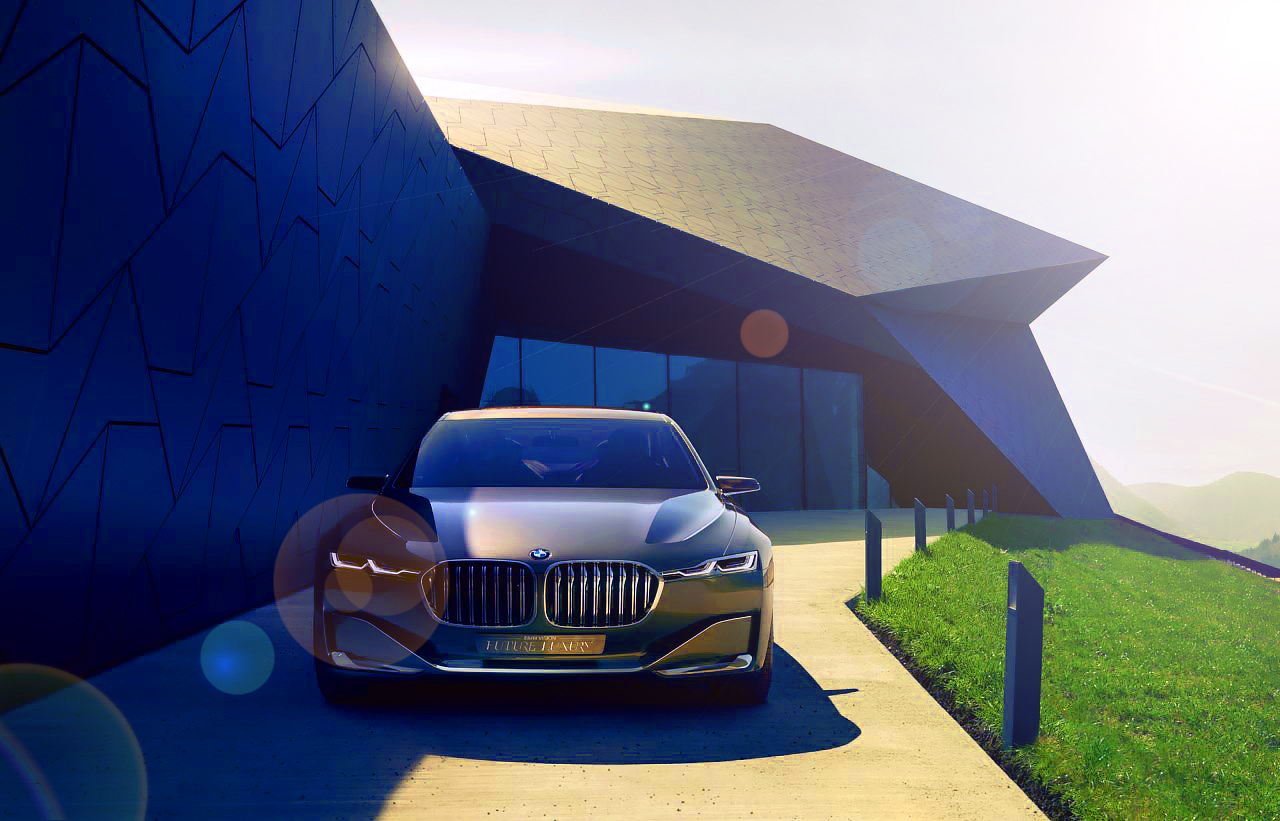 It’s only a few years ago that virtually all of BMW’s big premieres, debuts and concepts would have been shown at the major European motor shows with Frankfurt, Geneva and Paris generally being the location of choice. However, these days you’re just as likely to see new BMWs being shown for the first time in China either at the Beijing or Shanghai motor shows which take place on alternate years. It was perhaps the CS Concept which was revealed to the world in Shanghai in 2007 that started the trend and in more recent years we’ve had world debuts for the 760Li, the F10 M5 Concept, the 6 Series Gran Coupe and the Concept i8 Spyder in either Shanghai or Beijing.

This year it was Beijing’s turn to host the flagship Chinese show and with the country now becoming the largest car market in the world and set to become the world’s biggest market for luxury vehicles by 2015 it was no surprise that many manufacturers, BMW included, splashed out on expressive concepts. BMW’s effort was the catchily titled ‘BMW Vision Future Luxury’ and set its stall out as being the perception of modern luxury for the BMW brand and it could well also give us quite a few pointers as to styling and design elements we’re likely to see on the next generation 7 Series.

We’ve been hearing plenty of rumours that the next Seven will be a high-tech machine and if it apes the construction of the Vision Future Luxury (VFL) then it will certainly put the cat amongst the luxury car pigeons. Extensive use of carbon fibre in the car’s construction keeps the weight low and its high- strength properties have allowed for a pared-down B pillar arrangement and the use of wide-opening coach doors, too. The carbon construction of the VFL allows the seat frames to be integrated within the load bearing structure of the car and along with the connection to the sills and centre console it gives the interior of the car a very light and airy feel.

Externally there are several clues as to the look of the new Seven, although we hope for the production machine the a little oversized kidney grilles are toned down somewhat. BMW has made use of high-tech lighting materials with laser light technology up front and organic LEDs at the rear. These OLEDs are said to be 400 times thinner than a human hair allowing them to be used in new ways while retaining a uniform illumination over their entire surface. We also have the typical BMW long wheelbase with short front and rear overhangs and a set back cockpit which endows the VFL with a coupe-like air. The

BMW press release on the car talks somewhat extensively about ‘refined dynamism’, ‘finely sculpted contour lines’ and ‘opulent surfaces’. The design has, apparently, been ‘hand-sculpted’ to give ‘the surfaces a special emotional appeal that would be beyond the capabilities of a computer’.

Despite this the modellers have still been able to showcase BMW’s advanced aerodynamics, optimally channelling airflow around the vehicle. There’s the now familiar Air Breather at the rear of the front wheel arches while the C pillar also has internal air- channelling and openings in the rear apron which vent air from the rear wheel arches.

While the exterior and the car’s construction are innovative it’s the ‘Future Luxury’ element of the VFL that BMW seems to be most proud of and it talks extensively about the pared back layering principles that have been used in the manufacture of the car. Not only is it layered in terms of the way it looks, but the way in which it’s constructed, too. An initial base layer of fine carbon fabric is followed by a functional level featuring user interface components, control and display interfaces and lighting functions, which in turn is followed by a further structural, load-bearing layer of aluminium for additional strength. Finally, the top layers comprise wood, then leather, to create a warm and comfortable ambience.

It looks like there could be a case for arguing that the VFL will offer the driver a serious dose of information overload as he or she will be surrounded by screens bombarding them with information. The driver will have a wrap-around cluster of three intermeshing displays with the left hand one showing vehicle-related information while the central one will

feature the expected speedometer and rev counter along with ‘context-adaptive supplementary data’ which will be displayed as and when relevant. The right-hand display will be the Driver Information Display and will provide additional infotainment.

The primary driver display, however, will be the ‘BMW Vision Head Up Display’. This display augments the driver’s view of the real world by projecting information directly in the driver’s line of sight on to the road. Buildings, traffic signs or hazards can be highlighted directly in the real-world environment, selectively directing the driver’s attention to specific information which is particularly important at any given time. This technology gives a new dimension to driver assistance functions such as Speed Limit Information, where road signs can be identified and highlighted in the driver’s field of view, or the Traffic

The front seat passenger won’t feel left out though as in place of the normally shared central display the VFLs passenger will have their own bespoke display situated in front of them, the ‘Passenger Information Display’. This will be connected to the driver’s displays and information can be shared between the displays via a touch sensitive panel and a swiping movement. The passenger’s display can also be controlled by the iDrive controller, too. Rear seat passengers won’t feel left out either as there will be two rear seat displays set into carbon inlays on the back of each front seat and these will be controlled by a detachable ‘Rear Seat Touch Command Tablet’. These displays will also be able to communicate with the front ones too, with everything from vehicle-related information such as speed and journey times to which opera tickets you’ve just booked using the concierge services of the BMW ConnectedDrive App.

As well as having so many information and infotainment screens to virtually render personal communication between the car’s occupants irrelevant the rear seat passengers will also be able to relax in a luxurious haven of personal space. Two large, deeply contoured single seats add to the appeal, inviting passengers to retire into their own personal ‘comfort zone’. A retractable table, the angled Rear Seat Displays and the rigid backs of the front seats create a very private ambience, sectioning this area off from the rest of the interior. Subtle lighting that’s integrated into the wood echo the surrounding styling and are said to accentuate the modern and cosy ambience. Finest-quality aniline leather in Batavia brown and a lighter Silk shade, Silk nubuck leather and the warm brown, layered lime wood combine together to create a deeply luxurious ambiance that contrasts nicely with the darker

Quite how close to production cars like the VFL are isn’t quite clear as it’s hard to know whether BMW has the capacity to produce the carbon fibre required for the car’s structure in sufficient quantities. It does have plenty of interesting features though, but we would like a little more information about the car’s underpinnings – while BMW might be keen to create a more luxurious interior it wouldn’t do to forget its Ultimate Driving machine ethos. No doubt the VFL will have an innovative eDrive hybrid drivetrain with battery packs and a relatively small petrol engine, and if the carbon construction can keep the weight lower than the current 7 Series it should be on to a real winner. For the time being though we’ll simply have to wait and see which elements of the Vision Future Luxury will make it on to the next Seven…