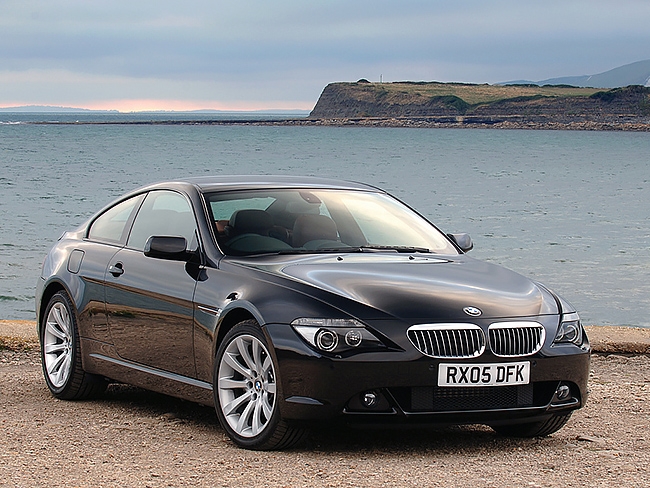 BMW E63 and E64 650i. The big 6 Series is fast turning into the car of choice in the secondhand market for those looking for a certain air of luxury, power and finesse at an affordable price… Words: Simon Holmes. Photography: BMW.

The new 6 Series was released in early 2004 and straight from the off came the V8-powered 645Ci. The Six featured a new age design and lightweight aluminium doors and bonnet, as well as plastic wings and bootlid to help reduce weight.

The initial model enjoyed much success but in 2005 came the new and improved 650i. It replaced the 645Ci and came with a bigger but more efficient engine. Still a V8, capacity was taken out to 4799cc and power was increased to 367hp whilst torque peaked at 361lb ft; an improvement of 34hp and 29lb ft over the older model.

As standard the V8 came connected to a six-speed manual gearbox but these were extremely rare as a vast majority were selected with the six-speed Steptronic automatic gearbox for an additional £1450 to suit the lazy cruiser theme of the big Six. The automatic actually improved emissions and fuel consumption, though, which was now listed as 267g/km and 25.4mpg, making it exactly the same as the 645Ci. 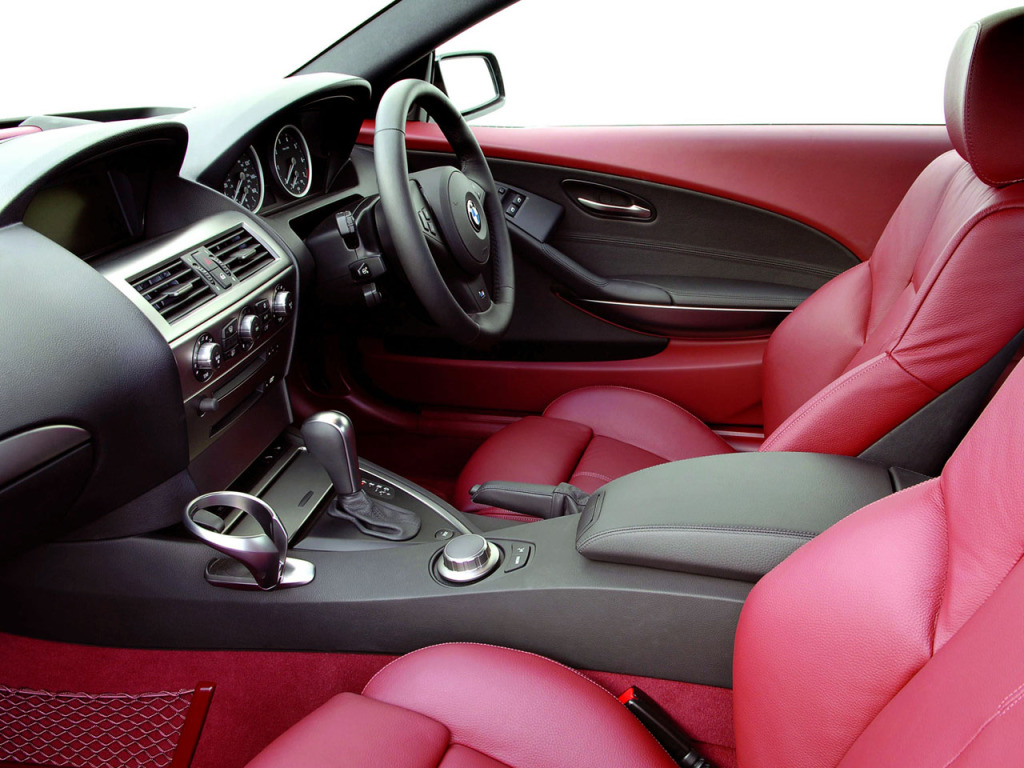 The price for the new 650i came in at a whisker under £53,000 for the Coupé and a touch under £58,500 for the Convertible but you did get a whole lot for your money. As well as the performance and looks the 650i was packed to the hilt with leather, sport suspension, 18-inch alloys, DSC, rain sensors, bi-xenons, air-con, Servotronic steering and for the first time came a push button start.

A Sport model was also introduced, although visually it looked very similar to a normal version as there was no aerodynamic kit, as per usual. However, it did include larger 19-inch wheels, anthracite headlining, Shadowline exterior trim, sport seats and a multi-function steering wheel. It was available on the Coupé and Convertible for just under £2000 more and was quite a common selection. In 2007 a mild face-lift came along to freshen up the car’s front and rear lights, front bumper and bootlid but the model was replaced entirely in 2011.

The 650i is hardly a cheap car to live with compared to a 118d but then you are getting a whole lot more for your money. First of all, fuel consumption might not be quite as bad as you think. For day to day driving or commuting then expect to see around the 22mpg mark, but only if you treat it nicely. Short trips round town with an enthusiastic throttle will see below 20mpg but taking it easy on the motorway with the cruise control on can see you nudging the 30mpg mark.

Road tax isn’t exactly cheap either and virtually every 650i costs £500 for 12 months, or £275 for six months. The exception is the very early cars registered on a 55 plate that cost £285 for the year, but these are very hard to find. The later cars registered after 2007 become slightly cheaper again at £485 for the year except for the Convertibles, which still cost £500.

The 650i is actually slightly rarer to find than the 645Ci model but there are still plenty about. It’s worth noting that many will be sporting a shed load of options, so have an idea in mind of what you would like and carefully compare cars for sale. The real gems are Professional sat nav, Bluetooth, heated seats and Head-up Display and it’s not uncommon to find all of these. But if you’re looking for a manual version, good luck!

The Convertibles command a premium and prices start at £11,000 for a high mileage example whilst a really nice model will be £14,000 onwards. At the top end, a low mileage 2010 example will still command over £20,000.

First of all, faulty coils causing a misfire or rough running are a common problem and there are eight of them to go wrong. Don’t worry too much, though, as new ones can be had for £20 each. Oil consumption can be a problem and although it can be normal for the 650i to drink a little oil check to make sure it’s not leaking it. The valve cover gaskets tend to leak over time, which is quite an involved job to replace, but worse still the timing cover gaskets are also prone to leaks and these are a big job to change. The last big thing to worry about is coolant leaks, which generally tend to occur with higher mileage cars.

Due to the V8’s complex coolant routing around the engine, leaks are tricky to find and then fix as they are often around the back of the engine – so keep a keen eye out for coolant loss.

Like many other BMWs, it’s crucial that the battery and charging system are in perfect working order otherwise it can throw up all kinds of strange issues. These can be anything from random lights or error codes on the dashboard illuminating to general running issues.

Transmissions are all virtually bulletproof but can leak oil thanks to the plastic sump and these would need replacing to rectify. Suspension-wise the odd creak or noise from the front end can be related to the strut towers working loose; they will need tightening again. For cars with Dynamic Drive listen out for odd noises from the rear suspension as the active anti-roll bars are known to fail.

Anything at all that is electrical that isn’t working as it should – from the windows and sat nav to the gear changes and throttle response – can usually be resolved with a software upgrade so make sure it’s been given an update. Check the body for dents and remember that the wings and boot are made from plastic, whilst the bonnet and doors are made from aluminium, which is good for avoiding rust but more costly to repair.

On Convertible models it’s best to check the boot area is not wet as blocked drain holes can cause damage with water build up. Also check the roof goes up and down without registering an error as overly sensitive sensors can fool the car into thinking the roof is not locked properly and the windows won’t go up.

If there’s one thing that’s good about big and expensive, luxurious, V8-powered BMWs it’s that they go through a wonderful transition when they are around eight years old that sees them cost a fraction of their original price on the second-hand market. It’s happened to previous models and it’s happening to the 650i right now. Where else could you find a modern-looking cruiser with this much firepower under the bonnet for less than £10,000? And where else could you find the kind of luxury and level of equipment to rival a current 6 Series for a tenth of the price? Most cars were packed with extras so capitalise on someone else’s expense and experience a slice of fine BMW motoring for a bargain price.

The sensible side of you will be saying a 650i isn’t the kind of car you should be jumping into and that you should think about the running costs or if something goes wrong. But the fun side will be saying ignore that, you can be driving round in a BMW that still looks and feels like the luxurious GT car it was when it was new. Packed with spec and a solid build quality there’s a lot to enjoy, especially with all that performance on tap from the V8.

Real issues are quite rare but it’s probably worth putting a BMW extended warranty on the car. If you buy the right car, that’s been looked after, you won’t regret it for the money.