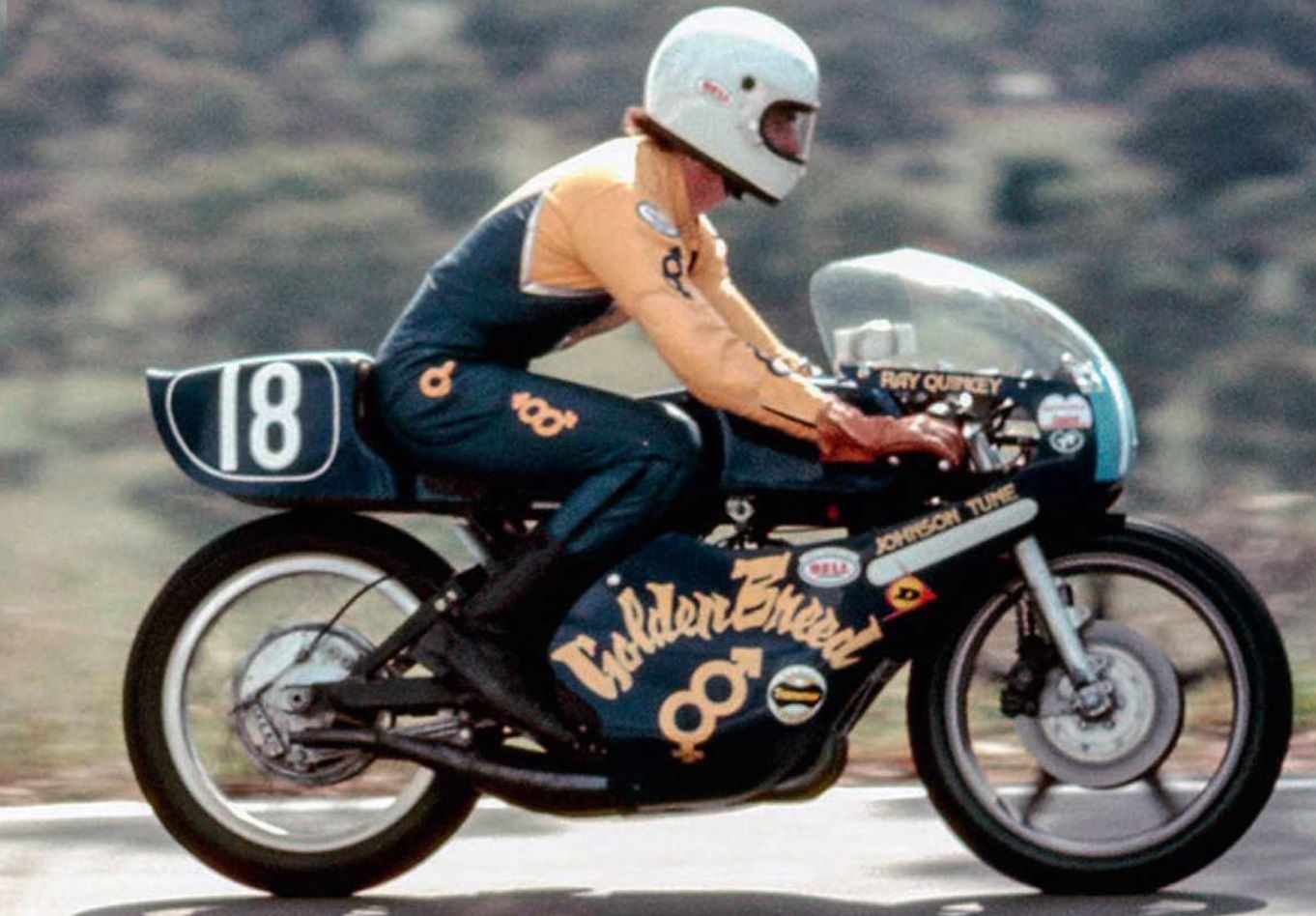 What do you do when your brother’sbikedoesn’tarrive for the Bathurst races? You build him a race winner from cobbled-together bits 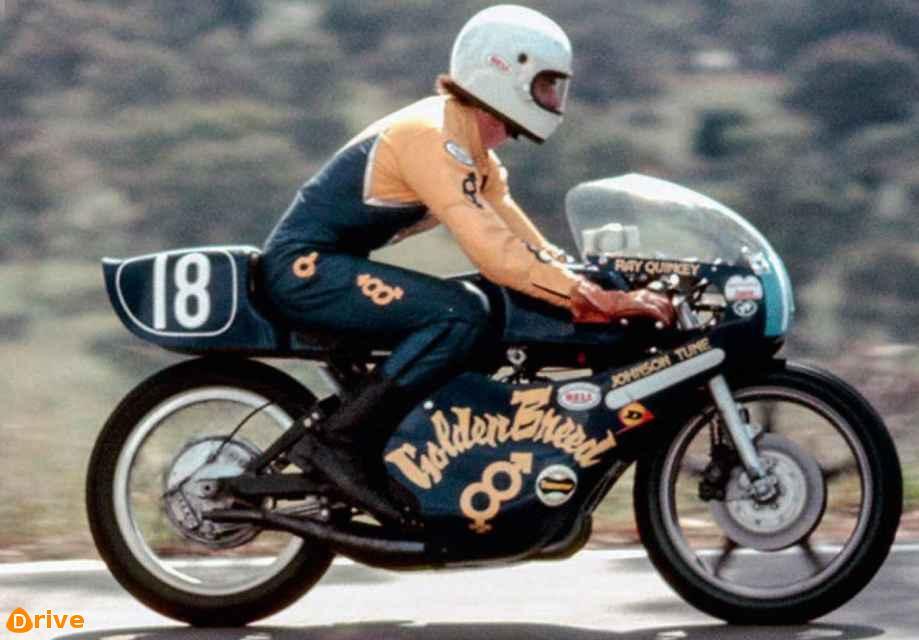 Suppose there was a racing machine that did just 26 laps in one weekend under its intended rider, yet won two Australian Grand Prix races and set two lap records. As it happens, such a bike did exist, and now its former rider would like to find it. The machine in question took Rob Hinton to a GP double at Bathurst on Easter Saturday in 1976, winning the 350 and 250 events, with a quick-fire engine top-end change in between.

Elder brother Eric Hinton built the bike up from a wreck and only finished it on the Friday afternoon, giving Rob just two practice laps as a 350. Yes, two. Rob did 24 race laps, eight each in the 350, 250 and Sunday’s 500 GP. After Easter it was sold to Sydney racer Sedge Deste, who rode it for a year and reckons it was excellent, but can’t recall the next buyer.

The Hinton bike was one of a group of successful specials at the 1976 Easter meeting. There was also Warren Willing’s Chris Dowde/Peter Campbell cantilever-chassis Yamaha TZ750 that recorded the first 100mph lap, Ray Quincey’s

WHAT HAPPENED TO the Hinton Special? Forty-two years after its Bathurst success, mystery still surrounds its whereabouts. Rob Hinton says he sold it to Sydney racer Sedge Deste in October 1976 and never saw it again, on or off the track. Deste says he kept it for a year and sold it, still with the Norton fork, but cannot recall who he sold it to.

Rob was retired from racing in 1977, so he helped Jeffrey Sayle, who that year rode a Suzuki RG500 and Yamaha TZ750D for Gold Coast motorcycle dealer Donny Pask. “Mick Smith did the RG500 and I did the Yamaha,” Hinton said. “Then Jeff went to Europe and I helped Vaughan Coburn with the TZ750D.

And then the kids [Eric’s boys, Peter and Tony] started racing. “Sedge did tell me that he bought a new Yamaha TZ350D or E and it wasn’t as quick as my bike! “I never really looked for it and in all the meetings I’ve been to no one has come up and said, ‘We’ve got your bike.’ “I’d like to get it back now, for a bit of nostalgia. I didn’t ever think it would be that famous.” 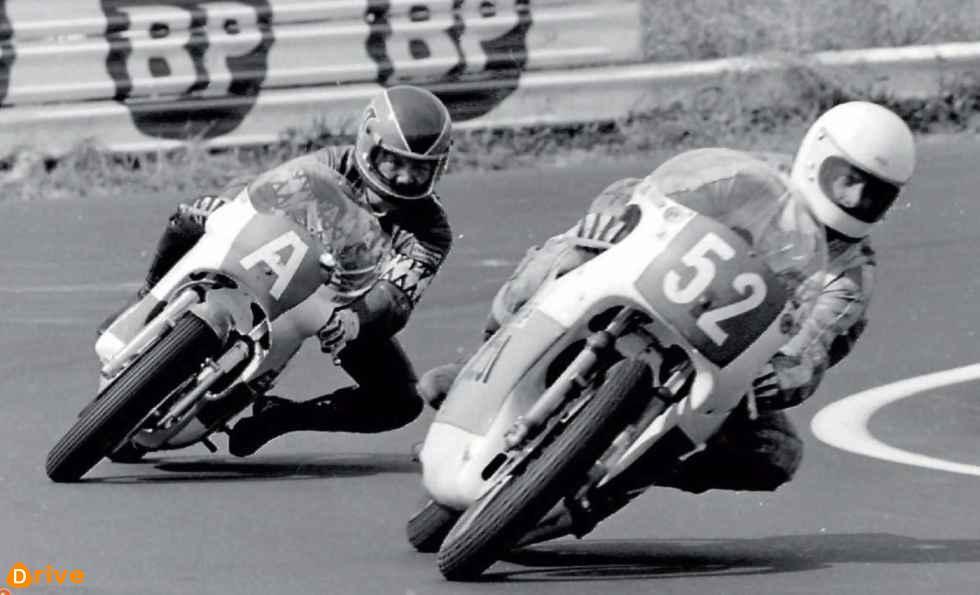 “Ian Scattergood and I put in orders for 350 C-models at (NSWYamaha distributor) McCulloch months in advance,” Rob Hinton said, taking up the story of his 26-lap special. “Ian put his money down, but only two 350s came into NSWand another dealer exerted some pressure to secure the second bike for his rider. I was promised the next bike to arrive, but it wasn’t due until after Easter, so I cancelled the order. Putting it politely, Eric became very upset and decided to buildme a bike, so it was karma when I won.” Eric had onemonth to complete the build, but he was uniquely skilled.

A former international racer, and a toolmaker by trade, he’d been around racingmachines his entire life. He had built specials before, too, including a three-cylinder Yamaha 500. “Eric built it from a bike that had been crashed at Cattai Curve, the fastest corner at Amaroo Park. Dennis Alderton straightened the frame and Eric made a jig for the swingarm. He designed and made the exhaust pipes. It had a fibreglass tank, works Norton forks, a pair of Boge-Mulholland shocks with soft rebound, hard compression and 78-pound springs, and a Tony Henderson rear wheel and disc brake set-up. “It was a rocket ship and, Eric being Eric, the first time I sat on it everything was just in the right place. 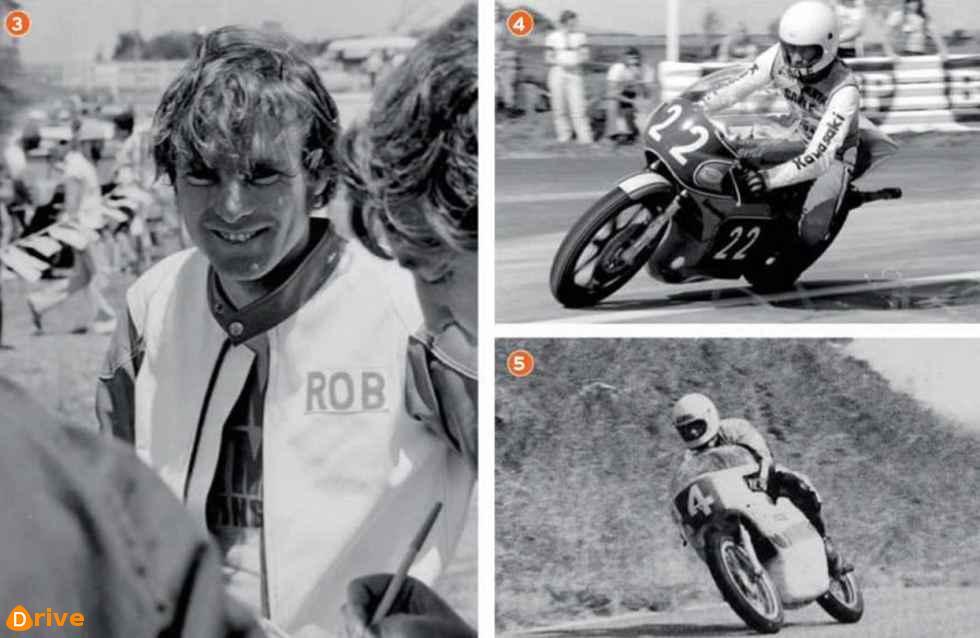 THE SONS OF HARRY

HOW’S THIS FOR a record? Multiple Bathurst winner Harry Hinton Sr’s three sons all won Australian TTs or Grands Prix, and all raced in Europe. Eldest son Harry Jr won the Australian 350 TT at Mildura in 1956 and joined brother Eric on the famed Continental Circus in 1957 and 1958. He died of pneumonia in 1959, a week after a broken conrod caused him to crash in the Imola Gold Cup race. Eric Hinton did two overseas stints totalling nine years, winning four non-championship national GPs, including the 1959 Czech 500 GP. He raced in Australia until the early 1970s.

Eric later prepared machines, mentored and made parts for his sons, Peter and Tony, as they rose to the top level in Australia. Peter narrowly missed winning an Australian Road Racing Championship and is still active in the historic racing scene. Tony won two Australian GPs at Bathurst and is now general manager of Honda Australia. Rob Hinton went overseas as Eric’s mechanic in 1965 and made his competition debut as sidecar passenger for German Georg Auerbacher, winning the French Hillclimb Championship.

His mother, Vienie, hadn’t wanted him to race, encouraging him instead to focus on the piano and tennis. As a junior tennis player, he competed with future three-time Wimbledon champion John Newcombe. Post-racing, Eric and Rob were mentors to many riders. In recent years, Rob enjoyed success as a bike owner in Forgotten Era events, his Yamaha TZ350F winning three Australian Historic Period 5 titles with three diff erent riders. Eric Hinton died in Sydney on 17 December 2015, aged 81, after a long battle with Parkinson’s Disease and the eff ects of a stroke.

It was a testament to Eric’s ability to make a bike up from a complete write-off that gave me confidence to go f lat out from the get-go. It was made up from bits and pieces he had under the house, alias ‘The crypt’.” Finishing touches included TZ350C cylinders and cylinder head borrowed from Scattergood’s spares kit, and a Spanish Femsa ignition. Just as well the bike was right first time, because Eric only finished it in the Bathurst paddock on the Friday afternoon.

Rob had practiced on his Yamaha TZ750, so he had sampled the circuit upgrades, including the resurfaced Conrod Straight. He took the new bike out in 350 form in the final all-in practice session, completing two laps before the session was redf lagged due to a shocking accident – Victorian Ross Barelli had crashed at Murrays Corner.

At 11amthe following day, the Hinton special with its white Vesco-style fairing and Vesco seat was wheeled to the grid for the 350cc GP. The final jetting, according to Rob’s amazing memory, was 310mains. It’s a tribute to his circuit knowledge that he was only briefly headed in the race, by Ray Quincey.

Rob’s mechanic was NSWRailways fitter Mick Smith, who later worked in the factory Suzuki squad andmanaged the Honda Australia team. Smith reckoned he’d never seen a rider more confident at Bathurst thanHinton, “a circuit where you have to ride where you can’t see, due to the blind corner entries.” Hinton won the race from Quincey and Yamaha test rider Sadeo Asami, setting a new lap record at 2m28.02s on a weekend when 13 of the 15 lap records fell.

The next phase was over to Eric – to convert the bike to a 250. That meant switching pistons, cylinders and exhausts. “The changeover was a bit of a worry, mainly because I had to have itmeasured as a 350 as well, between races. Luckily (scrutineer) Vic Lyons came down to our pit and did it as all the bits were coming off. “Eric and BigMick did a pretty good job changing it over with all the audience andme hovering over them; in fact Eric toldme to piss off a couple of times.

“I had to borrow a tank fromLen Atlee, as the 350 one was fibreglass and the 250 ran on methanol, as well as a pair of 250 exhaust pipes fromLaurie Turnbull.” Among the ‘audience’ was 20-year-old Mark Mitchell, son of 1950s Australian international sidecar racer Bob. Mark still marvels at Eric’s work that lunchtime. “It was an honour to be able to hand him a spanner,” he said. NowRob Hinton had to race a combination he had not practiced at all. He nonetheless took the race lead fromQuincey before half distance and trimmed two seconds fromhis 1975 lap record, leaving it at 2m33.0s.

Quincey finished second on his Yamaha TZ250, with Murray Sayle third on TeamKawasaki Australia’s recently arrived KR250 tandem twin. Hinton then switched to his Yamaha 750, finishing second to works Yamaha rider Ikujiro Takai in the International Unlimited race on a bike that also featured some of his brother’s handiwork. “We fitted Kawasaki H2 or Z1 fork yokes and 36mm forks, giving the bike 5mm more offset.

In 1975, you’d get to the drive-in gates and it would go into a tank-slapper that you would only sort out by the first hump. In 1976, I could go down the straight with two fingers on the handlebars.” Hinton rode the special as a 350 in Sunday morning’s Australian 500 GP, finishing fifth behind three Suzuki RG500s and Quincey’s 350. Then it was back to the 750 for the Unlimited GP.

“Bathurst 1976 was probably my best meeting,” Rob said, ‘‘winning the Junior/Lightweight double, taking second in the Unlimited race on the Saturday, and running third to Takai and Warren Willing in the big one, until I arrived at XL Bend with a flat front tyre. You couldn’t tell on those bikes that a tyre was f lat until you tipped it into the corner…” Rob Hinton continued racing his 750 during 1976, but a serious ankle injury sustained at Hume Weir forced his retirement. He still owns and prepares a Yamaha TZ350 for historic events.