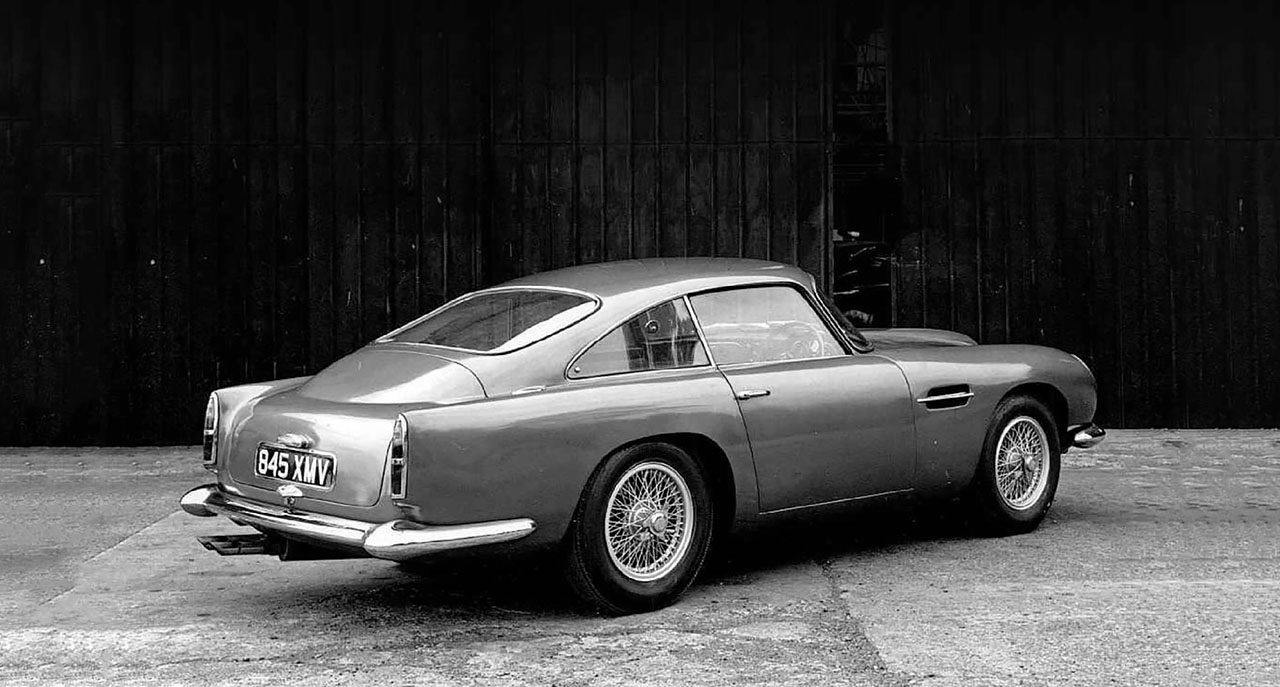 DB4 GT in the beginning birth of an icon. Stephen Archer, co-author of a forthcoming book on the DB4 GT, explains how the model was born – and its significance in the Aston Martin story.

When the brilliant DB4 was first revealed at the Paris motor show in September 1958, Marcel Blondeau, the French importer, famously implored Aston Martin to make a more ‘sporty’ version, one that might excel on the track as well as the road. General manager John Wyer replied that they would be happy to oblige. In fact, such a car was already under way. The DB4 was itself, of course, a huge leap forward for Aston Martin: an all-new car built in-house in its entirety. As a road car, it could stand toe-to-toe with the greatest of the era. But it wasn’t a racing car, and racing was deep in the blood of Aston Martin in the late 1950s.

By 1958 the company’s sports prototypes had for some years been among the frontrunners at Le Mans (and would famously achieve outright victory the following year), while the racing department had recently begun work on a Grand Prix car. For a small company, Aston Martin certainly never lacked ambition!

Therefore, using the DB4 as the basis for a more extreme machine aimed both at circuit racing and road rallying was always on the cards. And so, in May 1958, a whole four months before the wraps would come off the DB4, work began on what would become the DB4 GT.

The car John Wyer envisaged was a two-seater, substantially lighter than a DB4 and with a number of high-performance features. A shorter wheelbase was one of the prerequisites: when designers Ted Cutting and Harold Beach went to work they found that there was an obvious place in the DB4’s roofline where a cut could be made and thus the car could be shortened by five inches.

Out went the back seats and in went a 30-gallon fuel tank. Side and rear glass became Perspex and the headlights were streamlined under covers, providing a foretaste of how the DB5’s front would look. The brakes were Girling rather than Dunlop and the wheels were lightweight Borranis. Under the bonnet, an oil-cooler was added as standard but the main event was the twin-plug head on Tadek Marek’s 3.7-litre engine. Combined with higher compression pistons, it lifted the quoted peak power from 240 to 302bhp.

Meanwhile the weight-saving measures reduced the quoted kerbweight from 1354kg for a standard DB4 to 1270kg for the GT. Together with the power increase, it meant the power-toweight ratio rocketed from 186bhp/ton to 242bhp/ton, slashing the 0-60mph time from around 8sec to a whisker over 6sec, while the top speed rose from around 140 to a genuine 150mph. The DB4 GT wouldn’t be announced officially until a year after the DB4 appeared in Paris, but in the meantime the prototype (DP199, pictured below) made its racing debut in May 1959 at Silverstone in the hands of Stirling Moss, winning its first race in front of a large crowd.

Left and below. The DB4 GT makes its official debut at the 1959 Paris motor show; earlier that year the prototype, Dp199, made its race debut in the hands of Stirling Moss.

Over the next four years, on the track and in major road events, the DB4 GT would chalk up numerous further victories, often against the might of Jaguar and Ferrari and driven by many of the top drivers of the time, including Moss, Roy Salvadori, Innes Ireland, Jim Clark, Phil Hill and Bruce McLaren.

When Aston Martin officially withdrew from sports and GT racing in 1960, John Ogier’s Essex Racing team picked up the baton and campaigned the DB4 GT and Zagato for three further years. Others, too, campaigned the cars across Europe and in North America. In short, the DB4 GT kept the marque alive and well on the racetrack in major events right into 1964.

The DB4 GT was undeniably ahead of its time. Jaguar wouldn’t launch the E-type for another two years. Ferrari’s ageing Tour de France model was no match for the 150mph Aston. Indeed, in my mind there is little doubt that Ferrari was spurred on in its development of the fabulous 250 GT SWB by the DB4 GT – or that the legendary 250 GTO was driven partly by the appearance of the DB4 GT Zagato at Le Mans in 1961.

The DB4 GT was also one of the last of a breed of Grand Touring cars that could equally be driven on the road and on the track. Certainly, as a high-performance road car, it had few peers. At its launch, it was Britain’s fastest catalogued passenger sports car, thinly disguised as a luxurious coupé. Its more purposeful mien when compared with a DB4 only hinted at the difference in character: to drive, it was very much more dramatic in every respect. If ever there was an example of a car being more than the sum of its parts, it was the DB4 GT.

Over the next four years a mere 75 were built, plus 20 Zagatos and one Bertone-bodied car. In addition, two chassis numbers were assigned to the DP214 ‘Project’ racing cars. That rarity – and the DB4 GT’s reputation – has ensured that values have soared well beyond those of the regular DB4.   So, unquestionably it’s one of the greatest of all Astons – and a fitting subject for a forthcoming book from Palawan Press, of which I am proud to be a co-author.

There were two starting points for this new tome: the DB4 GT Zagato book that I wrote nearly 20 years ago, and a text written 25 years ago by Nick Candee, longstanding US AMOC member and former owner of DB4GT/0130/L. Nick took great trouble to interview key players in the DB4 GT story, among them John Wyer and Ted Cutting, many of them sadly no longer with us.

Nick’s text was taken on by Palawan and updated, while I took on the job of researching the individual histories of every car. This process proved far harder than I remembered from researching the Zagato book in the ’90s, partly because there are five times the number of cars, but also because their value means many owners wish to be discreet, or even invisible. Then there was the fellow who had the service records and toolkit from a GT he once owned and wanted to sell these items for £25,000!

On the whole, though, a great number of people have been very helpful and will be duly credited in the book. New stories about various cars have been found and a plethora of new photographs revealing hitherto unknown episodes in their lives have been unearthed. It should be a fitting tribute to one of the most significant Aston Martins ever made, and to the brilliance of the men who created it.

Some of the above has been extracted from the forthcoming Palawan Press book on the DB4 GT, which will be published later this year.

‘The DB4 GT was ahead of its time. Jaguar wouldn’t launch the E-type for another two years’