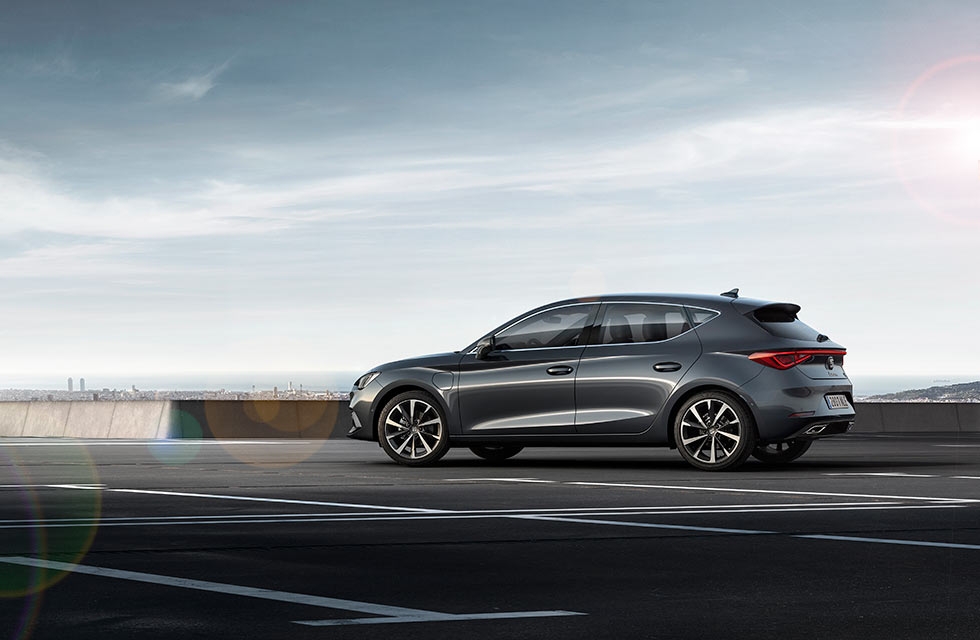 There’s a clue on the hatch. Under the stylised S that is the Seat badge, the name Leon is written in a newly flamboyant script. It fits with the joie de vivre that sets the new Leon apart from the latest Mk8 VW Golf, the car the Mk4 Leon is based on. Might it even be a sly joke? Badge engineering? Yes, but this is something Seat is good at, and not one bit ashamed of.

Set aside the hot GTI/GTE/GTD Golfs – they’ll have to argue their corner against the Cupra Leon in due course. But today, driving the new Leon in semi-sporty FR spec, with the midrange 1.5 TSI engine in 148bhp guise, it feels like the Spanish cousin has the advantage over the straitlaced German.

We’re talking about some fine margins, of course, and we weren’t driving the Leon back-to-back with a Golf. But based on experience with several versions of both cars, we’re impressed by what Seat has done with the MQB Evo platform.

It will be available with a choice of diesel, petrol, mild hybrid and plug-in hybrid engines, and six-speed manual or seven-speed DSG transmissions, all front-wheel drive. There’s a choice of five-door hatch or estate. There are six trims but not much of an options list. The sweet spot seems to be this manual 1.5 FR. From the moment you slide into the comfortable embrace of the driver’s seat and press the pulsating start button, it feels like a car built to be driven. So it’s a happy bonus that there’s also usefully more rear passenger space (and, in the estate, a bit more luggage space) than in the Mk3 Leon.

On the mountain roads above Barcelona, the Leon glides into corners and relishes the spurts in between. FR versions sit 15mm lower than other Leons, and that makes a handy difference to the way it rides and steers. It’s crisp and alive. FR brings various sportier cosmetic touches too.

When the traffic gets heavier and you slow down, there’s no escaping the similarities to the latest Golf: a lot of electronic driving aids, and a very digital-first cabin with too few buttons. UK pricing has yet to be confirmed, but it’s fair to assume that every Leon will be a little cheaper than the nearest equivalent Golf. And FR spec is all you need. Entry SE is a bit too sparse, with its lower-grade air-con and infotainment, but Xcellence Lux at the other extreme is inappropriately chromey and leathery.

As the Audi and Skoda variations on the same theme arrive, we’re going to be spoilt for choice – not to mention the excellent Ford, Mercedes, Kia and BMW rivals. But so far, it feels like the Leon could be the choice of the enthusiastic driver on a modest budget.

More involving and enjoyable spin on the new Golf components set, with sharper styling and keener prices too

Hard to master the touchscreen-based operation of just about everything

MINUS – Too many switches have gone, replaced by unintuitive touchscreen icons