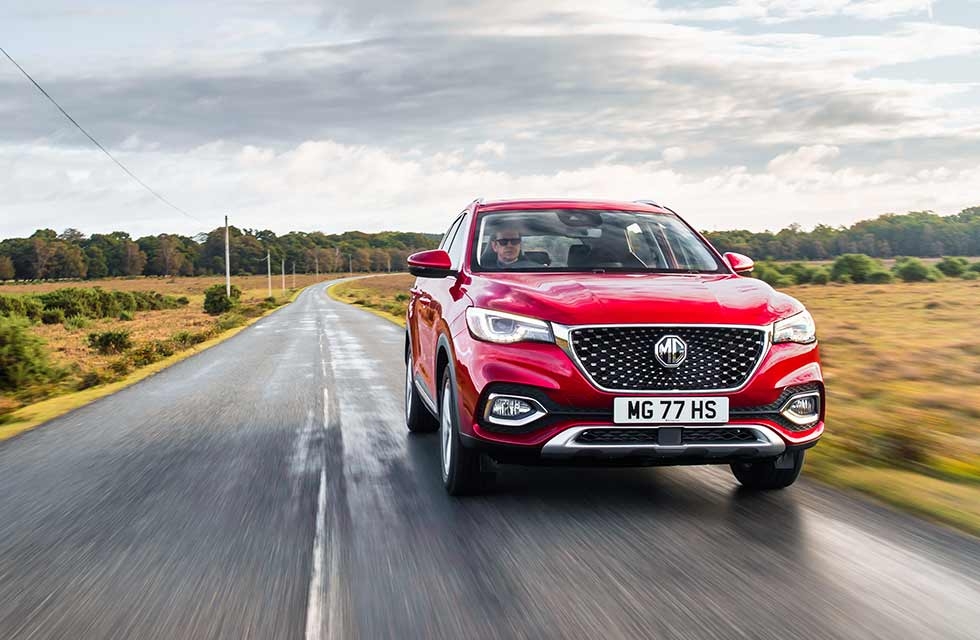 Is there a more hard-fought segment of the Aussie car market than the medium-size SUV? The choice for consumers is bewildering, with a number of stand-out cars available for well under $40K. What to do, then, if you’re are a challenger brand seeking a slice of the pie? MG has a clever strategy to do just that, as we found on the Australian launch of its new HS.

MG’s previous offerings in Australia have been akin to taking a knife to a gunfight. They’ve been cheap, but the build quality and drive haven’t been good enough to be deemed cheerful. Nevertheless, MG has made inroads. Brand recognition of the octagon badge has given it a considerable edge over previous attempts by Chinese makers to woo Aussie buyers – consider the struggle for brand recognition faced by the likes of Foton and Chery.

In terms of specification, MG has neatly wedged any other SUV player trying to compete at this price point

This familiarity, plus decent ANCAP safety ratings and long warranty periods, have also helped MG establish a foothold in the Aussie market. Sales rose 177 percent in 2019 to 8326 units – more metal moved than by either Volvo, Jeep, Skoda, Peugeot or Mini. Now, MG has replaced the GS mid-size SUV with the HS. The strategy and execution has sharpened significantly, creating a value proposition some will find hard to resist, particularly with a five-star ANCAP rating and seven-year, unlimited-kilometre warranty.

Unlike the GS, which came in three 1.5-litre variants and a 2.0-litre, the HS solely has two 1.5-litre specs – the entry-level Vibe for $30,990 and the Excite for $33,990 driveaway. Both are front-drive and powered by a version of the turbo four-pot (and seven-speed, dual-clutch auto) from the GS.

Step up to the Excite and you get an electric tailgate, sat-nav, paddle shifters, dual-zone climate control, a sport drive mode (with cool red button on the tiller), LED headlights, auto wipers and ambient lighting.

There’s little to differentiate the two visually, aside from the Excite’s 18-inch rims. While the electric tailgate is welcome, I’d swap power driver’s seat adjustment and DAB radio for the rest of that kit. Perhaps these are being saved for a third, range-topping variant. The fine print includes mandated service intervals of 10,000km or 12 months – although capped-price servicing details are coming.

The interior feels surprisingly premium, with plenty of soft-touch materials, supportive faux leather seats, a 10.1-inch touchscreen and a leather-wrapped, tilt- and reach-adjustable multifunction steering wheel that wouldn’t be out of place in a European rival. Fit and finish of trims, carpets and switch gear is pleasing. Rear passengers are well catered for, with a (slightly) reclining 60/40-split seat, fold-down centre armrest, ample legroom, air vents and twin USB ports. There’s no roof light in the back, but there is ample luggage space: 463 litres, or 1287 litres with the rear seat down. On size and feel alone, the MG HS will have pricier rivals looking over their shoulders.

Our road loop on a cold and rainy summer day (thanks, Melbourne) is in the Yarra Valley north-east of the city and delivers a challenging mix of highway driving and country B-roads. The cabin is well insulated from road and wind noise, contributing to a quality feel inside.

Despite turbo lag off the line, the 119kW engine has ample poke for a vehicle this size. It’s not too noisy, and revs willingly. The dual-clutch ’box can be indecisive and lacks polish, but I prefer it to less-sophisticated CVT trannies found in some rival SUVs. The tyres are Maxxis Bravos on the Vibe, with better Michelins on the Excite.

As a drive, the HS represents a step up over the GS. Steering, braking and handling are all as solid as they need to be in a family SUV. Ride is improved, although some harshness on less-than-perfect surfaces betrays the need for further development work if the HS is to match the class leaders. Claimed combined fuel economy is 7.3L/100km. Claimed figures for the 0-62mph (0-100km/h) dash are in the mid- to low-8sec bracket.

Apple CarPlay and Android Auto work well, but a few areas highlight the development gulf between the MG and its more established rivals tech-wise. Interplay between the touchscreen and the buttons below it isn’t always intuitive or speedy. With headlights on during the day, indicators for the buttons are rendered invisible. Manual dials for the Excite’s climate control would also be appreciated, as adjusting it is ponderous, though would no doubt become second nature in time.

The adaptive cruise control isn’t the smoothest and can struggle to settle into a consistent speed. In heavy traffic, the lane assist warning system beeps constantly and throws up error messages that are not automatically cleared. The in-built navigation on the Vibe is slow and a little clunky.

Niggles like these are unlikely to be deal-breakers for most buyers.

Hopefully they represent development and calibration issues that will be addressed over the model’s life-cycle. So the execution is much improved. How about that strategy? It seems that, while the HS is a similar size to the class-leading Mazda CX-5 and Toyota RAV4, these are not necessarily the vehicles in MG’s sights.

Instead, MG has packed the HS with safety and luxury gear as standard that might take box-ticking to achieve in more expensive rivals. Other competitors (think Karoq, Sportage, Qashqai) may struggle in the face of the MG’s keen value.

HS dynamics about par for the class which, given its price, is a win. The Excite even gets an Alfa-Romeo-style red button on the steering wheel. Decent finish and plenty of storage stashed under the front centre armrest.

Calibration of suspension; gearshift and some tech lags behind class leaders

The base-level variant of Australia’s top-selling SUV (as of February) pips the HS newbies for power by 8kW, though its 2.0-litre naturally aspirated engine lags on torque (203Nm to 250Nm). Creature comforts include rear air vents, reclining rear seats and the DAB radio absent from the HS cars. On top of a long list of driver assist tech, the GX has the RAV4 range’s standard AEB – but its price is before on-roads.