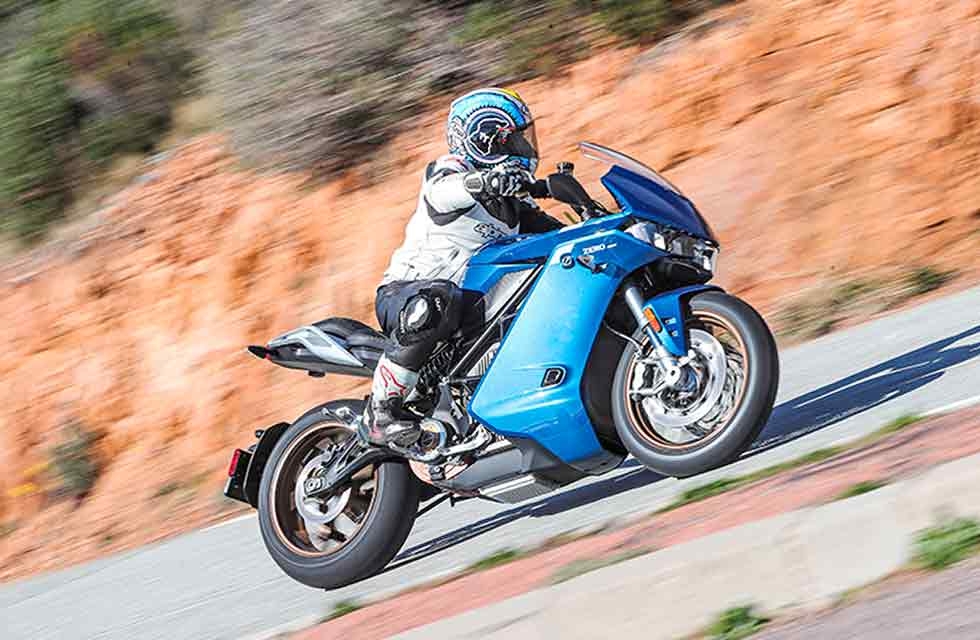 First ride: Zero SR/S. The best electric bike, but there are still elephants in the room. The new SR/S: Zero’s latest attempt at convincing the world electric bikes are the cure… By Martin Fitz-Gibbons. Photography Milagro.

It’s good, but no cigar

If good things come to those who wait, where the heck are decent electric motorcycles? ‘They’re the future,’ we’ve been told for the past ten years. Come on, it’s 2020 – that definitely sounds like the future.

Clever Californians Zero know the difficulties better than most. They’ve been making proper mass-produced electric road bikes for a decade, yet chances are you don’t know much about them other than the facts in this sentence. You may remember Zero’s SR/F roadster from Bike’s September ’19 issue, when we put one beneath veteran drag racer Pip Higham. He declared it ‘incredibly quick’ – solid praise from a man who clung to turbo Suzukis for a living.

So if electric bikes are already powerful, when do they get practical? Well, here’s Zero’s latest creation. The SR/S is the firm’s first faired bike, though its spacious ergonomics (high handlebar, low seat, relaxed pegs, plentiful pillion provision) make clear this is an all-rounder, not a superbike. Think CBR650F, not CBR600RR. Heated grips, three-piece hard luggage and a centrestand are all options.

Beneath the bodywork is the same trellis frame, 12.6kWh lithium battery and 110bhp motor as the SR/F. Torque sounds crackers at 140 lb.ft (more than two Triumph Tiger 900s), but a direct belt drive from motor to rear wheel means it has to drive one fixed gear. In full-fat Sport mode it is indeed very quick – it’d give a Yamaha MT-09 a run for its money – while the steadier standard Street mode knocks natural pace to somewhere between an MT-07 and a Street Triple. It’s stupidly easy to ride too. There’s no clutch, you can’t stall it and you can’t be in the wrong gear – just open the throttle and it pulls with constant force up to 70mph, or so. Beyond that, drive is curtailed to a 120mph top speed. Winding it on is addictively freaky too. Being shoved forwards with no sense of mechanical effort (other than a high-pitched whine) is as bizarre as it is thrilling.

Battery bikes are heavy, right? Wrong. An SR/S weighs 229kg (or 234kg for the Premium model tested here, with its faster onboard charger). That’s lighter than a Kawasaki Z1000SX or Honda VFR800, and within petrol norms. The Zero steers, stops and suspends with reassuring familiarity too. The wide bars make turn-in light and easy, ground clearance is good, and Pirelli tyres give cornering confidence.

Four-piston brakes have plenty of power, while the adjustable Showa suspension is plush and pleasant. Spring rates and damping are softer than the SR/F, in line with a focus on comfort over aggression. ‘Yeah, yeah, enough boring road testy stuff,’ you cry. ‘What about the three electric elephants in the room?’ Alright then. How far does it go? About as far as the naked SR/F. That’s 100 miles if you’re gentle; nearer 70 if you give it some beans. You might have hoped the SR/S’s fairing helps it cut through the air, but Zero’s claim of 13% better aero efficiency is with a rider tucked in prone. Sit normally and it makes no difference at all.

Recharge time? The same too: four hours on a household socket for a 0-to-95% charge. Find a three-phase charging point and this Premium model’s 6kW charger cuts that to two hours. You can drop it to just one hour, but you’ll need to tick the box for a second 6kW charger, which adds £2640. No, not a typo.

Last but not least, price. This Premium model here is £21,590. Add £445 for a charging cable (Zero consider it optional) and £55 registration (in case you want to ride it on the road). Deduct a £1500 government grant and that leaves £20,590. Now, road tax is free and running costs are miniscule – roughly a 300mpg petrol bike with no fluids or filters to change. But even if you can claw back £750 a year (our rough guess on the office abacus), that still leaves a lot of miles before the SR/S makes a compelling financial case.

The most complete, capable and convincing electric road bike yet. Still lacks the key figures (range, recharge, price) to ween petrolheads off their addiction.

As a riding experience the SR/S is a genuine contender. But those electrical elephants are still in the room.

‘Winding it on is addictively freaky. Being shoved forwards with no sense of mechanical effort is as bizarre as it is thrilling’