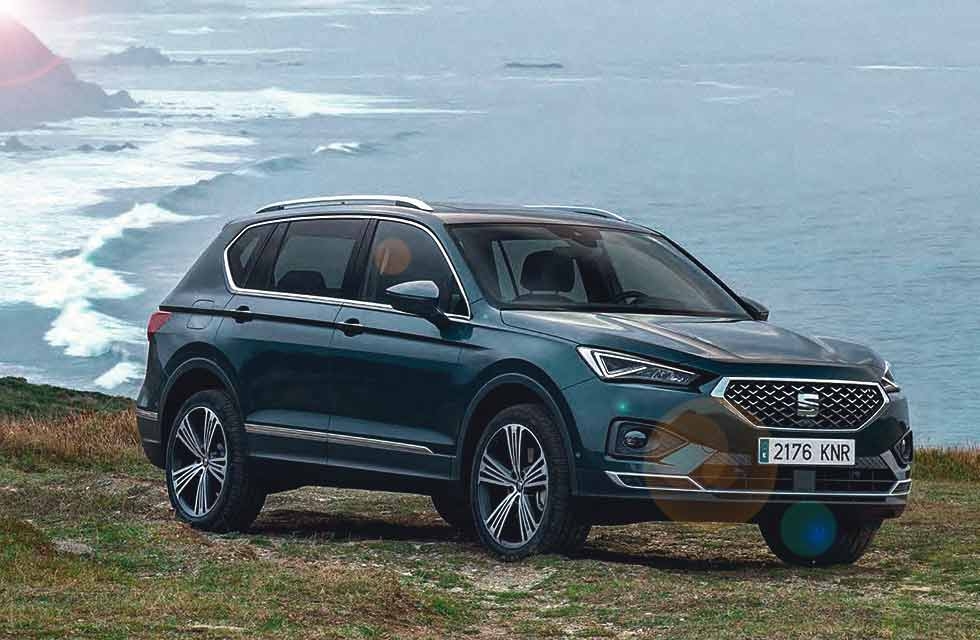 Despite a toe-in-the-water exercise with the slow-slowing Altea Freetrack4, SEAT was relatively late to the SUV party. Keen to make up for that blunder, the Spanish firm’s product planners have accelerated its efforts, with vehicles in a trio of different segments. The Ateca came first in 2016, the Arona followed early in 2018 and now there’s the Tarraco, a large seven-seater that shares its underpinnings with the Skoda Kodiaq and Volkswagen Tiguan Allspace. Like other models in the lineup, the name of SEAT’s new off-roader is derived from a Spanish place name, and Tarragona is the inspiration for its latest car, located on the Iberian Peninsula.

Park a Kodiaq and Tarraco side-by-side and the shared underpinnings are immediately apparent. Both feature a choice of 2.0-litre TDI engines with 148 and 188bhp power outputs, with the option of a 4Drive all-wheel-drive system on the lower powered unit and standard fitment on the 188bhp powerplant. A six-speed manual transmission is mated to the front-wheel-drive model, with all other versions paired with a seven-speed twin-clutch automatic gearbox. While five- and seven-seat editions are available in Europe, all Tarracos bound for the UK come with seven chairs. Four trim levels are on offer – SE, SE Technology, Xcellence and Xcellence Lux – and for a limited time only, Xcellence First Edition and Xcellence First Edition Plus models are also offered, featuring a panoramic glass sunroof, automatic headlights, blind spot detection, exit assist and roll over protection.

Our test car came equipped with the most powerful diesel engine, with 188bhp and 295lb ft on tap, but felt quite leisurely in its acceleration away from the lights. Progress is hampered by a transmission that is slow to swap cogs, and as a result feels quite pedestrian. Make liberal use of the throttle and the engine becomes vocal, and this is backed up by noticeable wind noise from the door mirrors and windscreen, though oddly a 1.5-litre TSI petrol version that we tried later, was as quiet as a church mouse. Road and tyre sounds are neatly dialled out and the engine is little more than a backing track at a motorway pace. The steering is accurate enough, but could do with more feel around the straight ahead position to enhance driver satisfaction levels. Body lean is quite pronounced when cornering, though there’s plenty of grip from the standard 4Drive system.

Anyone that has spent time in a Leon or Ateca will be instantly at home in the Tarraco, though the touchscreen that dominates the top of the dashboard is new for SEAT. The wood trim that divides the top and bottom of the dashboard is neat, adding a modern, luxurious twist to the cabin. Disappointingly for a £36k SUV, there are far too many hard plastics for our liking, and while that’s acceptable in a £20,000 Leon, it isn’t in an off-roader costing almost twice as much. The dashboard top is soft, though, but everything below the wood trim is resolutely hard. There’s an air of solidity to the surfaces though, and feels as though it’ll stand up well to punishing family life. Despite the SUV stance, the driving position is actually pretty car-like, with beautifully supportive seats and plenty of adjustment to gain a comfortable posture. Digital dials are fitted to every Tarraco, and that delivers first class legibility both day and night, while the positioning of the infotainment touchscreen is close to perfection. Leg and headroom are excellent up front and in the middle row, too, even with the panoramic glass sunroof, but you’ll need to select more compact members of the family for travelling in the third row. Thanks to deep windows and a well-proportioned rear windscreen, all-round vision is excellent, and backed up by rear parking sensors that come fitted to every Tarraco.

Oddment storage is well catered for, with a handy cubby in front of the gear selector, a large glovebox, a decent area underneath the armrest and wide door pockets. Even with all seven seats in place there’s sufficient room for some shopping bags, but folding down the third row results in a cargo carrying capacity of 700 litres. Take a step further and fold down the middle row, too, and this opens the space up to 1,775 litres.

Innovations that are new to the SEAT brand include a front passenger seat that fold downs so that long loads can be carried, a 360-degree camera system, 20-inch alloy wheels, a pre-crash assistance system, lighting that uses 100 per cent LED technology, a digital cockpit and dynamic indicators. The design of the Tarraco sets the scene for future SEAT models, with an evolution of this look set to be shown on the next-generation Leon when it is revealed next year.