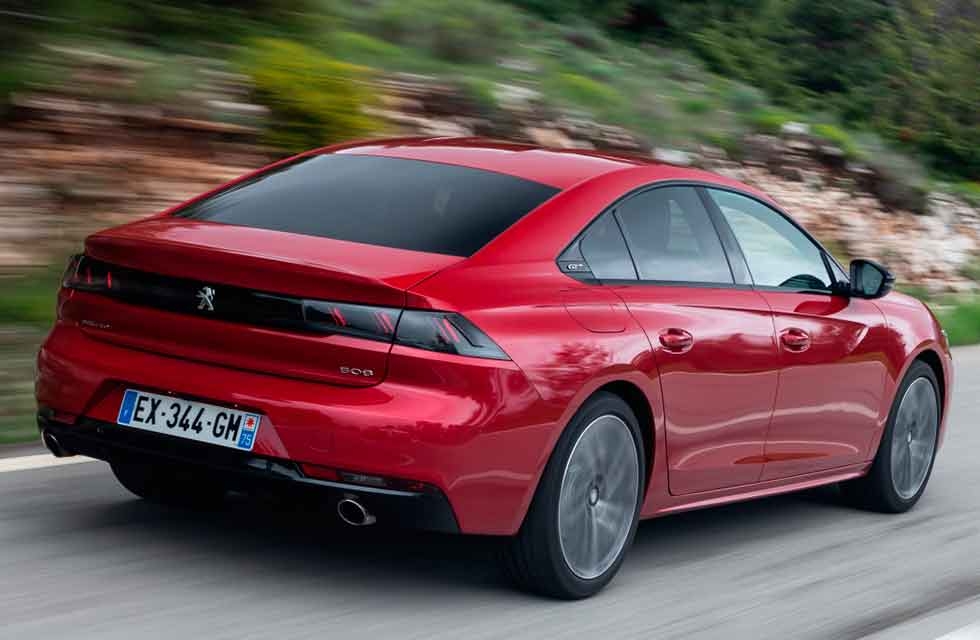 It’s an odd visual association, I admit, but as I take my first look at Peugeot’s 508 Liftback and Sportwagon on Australian soil, all I can think of is vomit.

It’s nothing to do with a personal gut reaction to this pair of French range-toppers for the Australian line-up; on the contrary, I think that the exterior design of both is crisp, contemporary and cohesive. No, what’s making me think of ejected stomach contents is the fact it was dep-ed Andy Enright who first drove the 508 in France, a trip which took him to the formidable cycling mecca of Alpe d’Huez with a Peugeot bicycle strapped to the roof. Indomitable Enright would go on to have a brave rolling chunder while still grimly turning the pedals of the bike up that brutal ascent.

Later (with mouth rinsed, hopefully), Andy concluded that surely this is the sort of car that plenty of Australians should be buying, rather than taking the default SUV option.

Now we’ve had a chance to drive the local-spec Fastback and Sportwagon, does that verdict still hold up? To cut to the chase: absolutely. Both bodystyles are (identically) specced to one high level, competitively priced ($54K and $56K respectively), feel suitably premium, and are superbly practical. Crucially, they both drive very well. But will that be enough to shift even the modest volume Peugeot’s local operation is aiming for? The 1.6-litre turbo-petrol engine may seem a bit underdone for this class, and its outputs of are nothing startling. But it’s refined and eager, and the 508, on the fresh EMP2 platform, is light. So this, combined with the new eight-speed automatic, means performance feels sufficiently zesty, if not sizzling.

Dynamically, both 508 variants feel like solid achievers on Aussie roads. The quick steering is on the synthetic side of the feel spectrum, but the nose always feels eager and alert, the grip level from the 18-inch Michelins is plentiful, and the chassis tune (aided by adaptive dampers) is willing to be flung through bump-riddled bends without getting flustered.

But what’s more likely to grab prospective buyers’ attention is the lush interior presentation and depth of standard equipment. The quilted leather trim, screens and general surfacing look inviting, and unlike its Euro competitors, Peugeot rejects expensive option bundles, instead loading the GT with pretty much every safety and convenience feature in the modern playbook. Only premium paint and a sunroof occupy space on the options list. As a statement of upper-end renewal for Peugeot, and as an alternative to an entry-level Genesis, or a less austere pick than a VW Passat, the 508 emerges triumphant. It deserves better than to go ignored here in the land of the SUV.